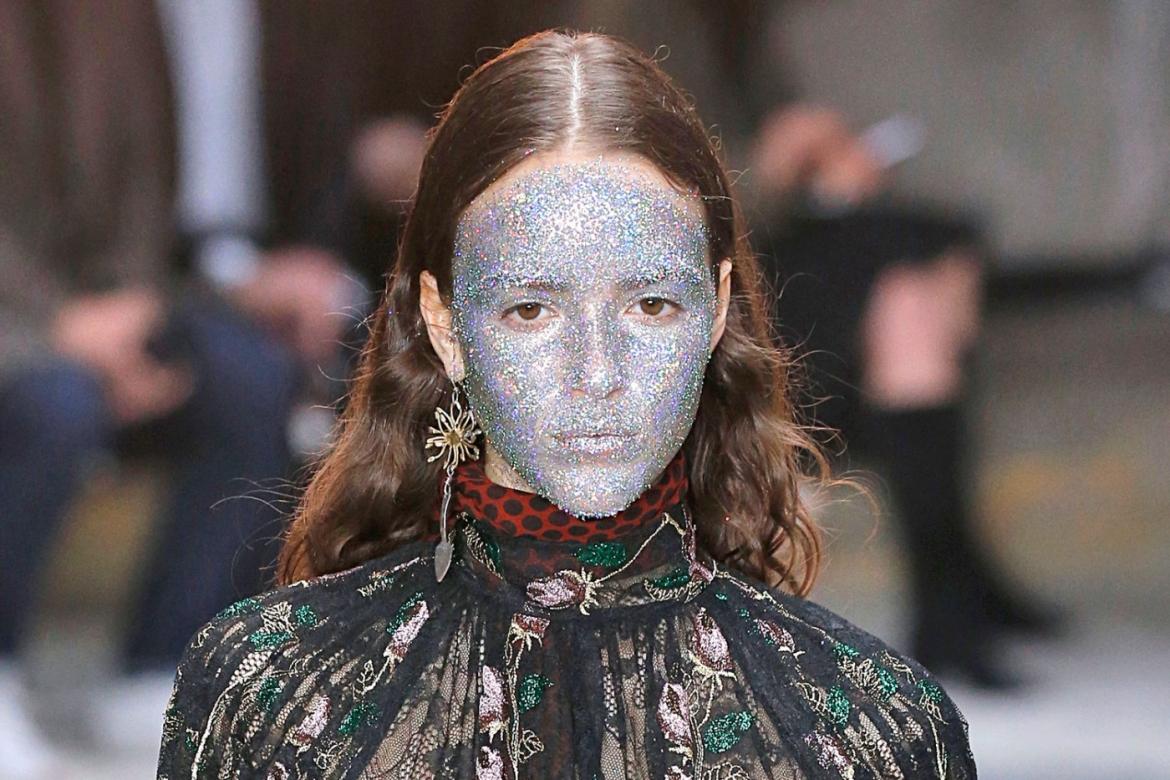 The thing about Giambattista Valli is he has his thing. His look. His style. Whatever you want to call it. The man never met a ruffle or a floral print he didn’t like and he would probably sooner cut off his own hand than put on a fashion show without at least one mullet dress.

He’s also not much of a beauty guy. Models at his shows tend to be clean-faced to the point of austerity — no cheekbone-defining blush, no statement lipstick, no dramatic, smokey eyeshadow. It’s like they all just scrubbed there faces backstage with a bar of Dove soap and then walked out onto the runway. It’s nice. Simple. It was like that this season too. At least, for most of the show. 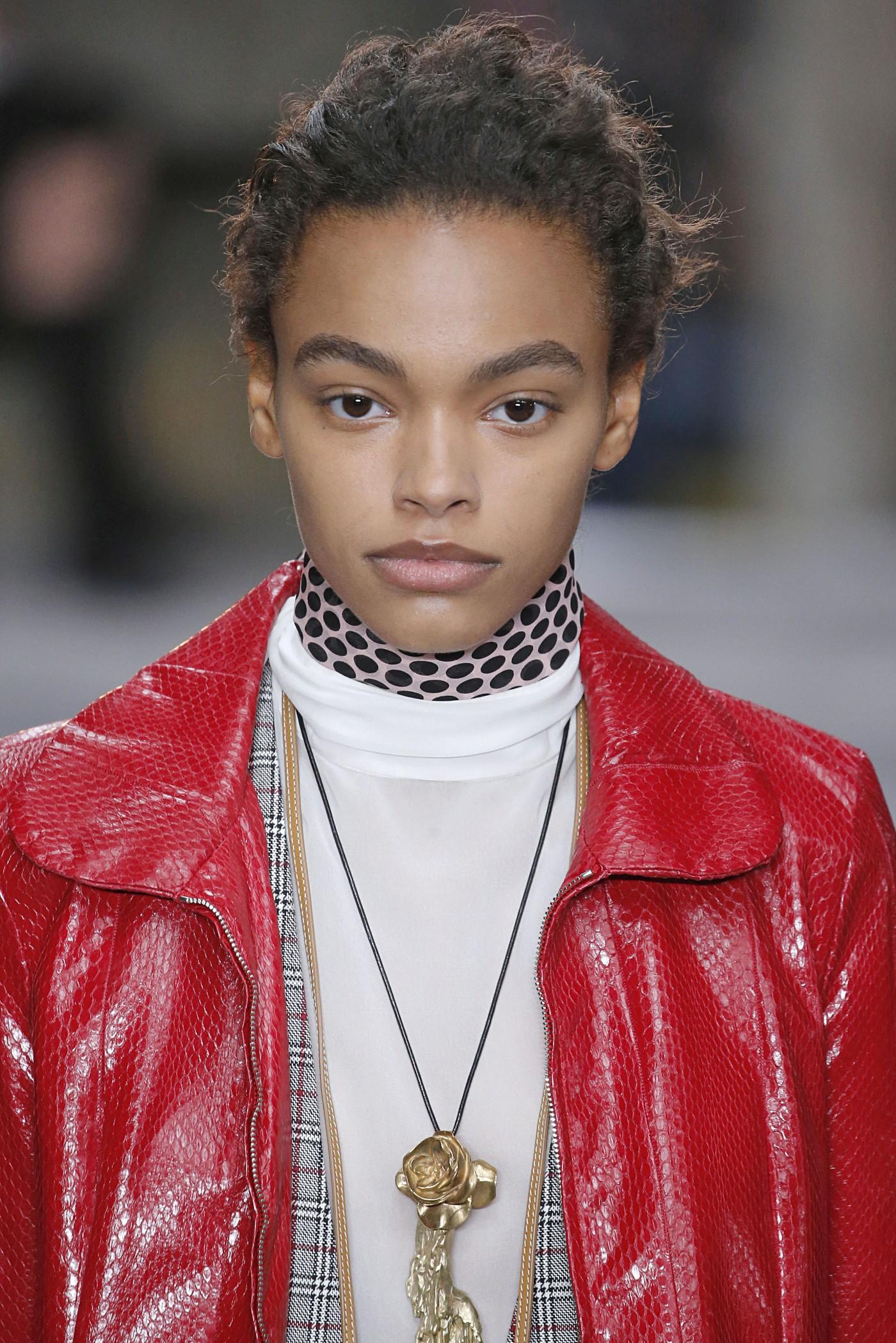 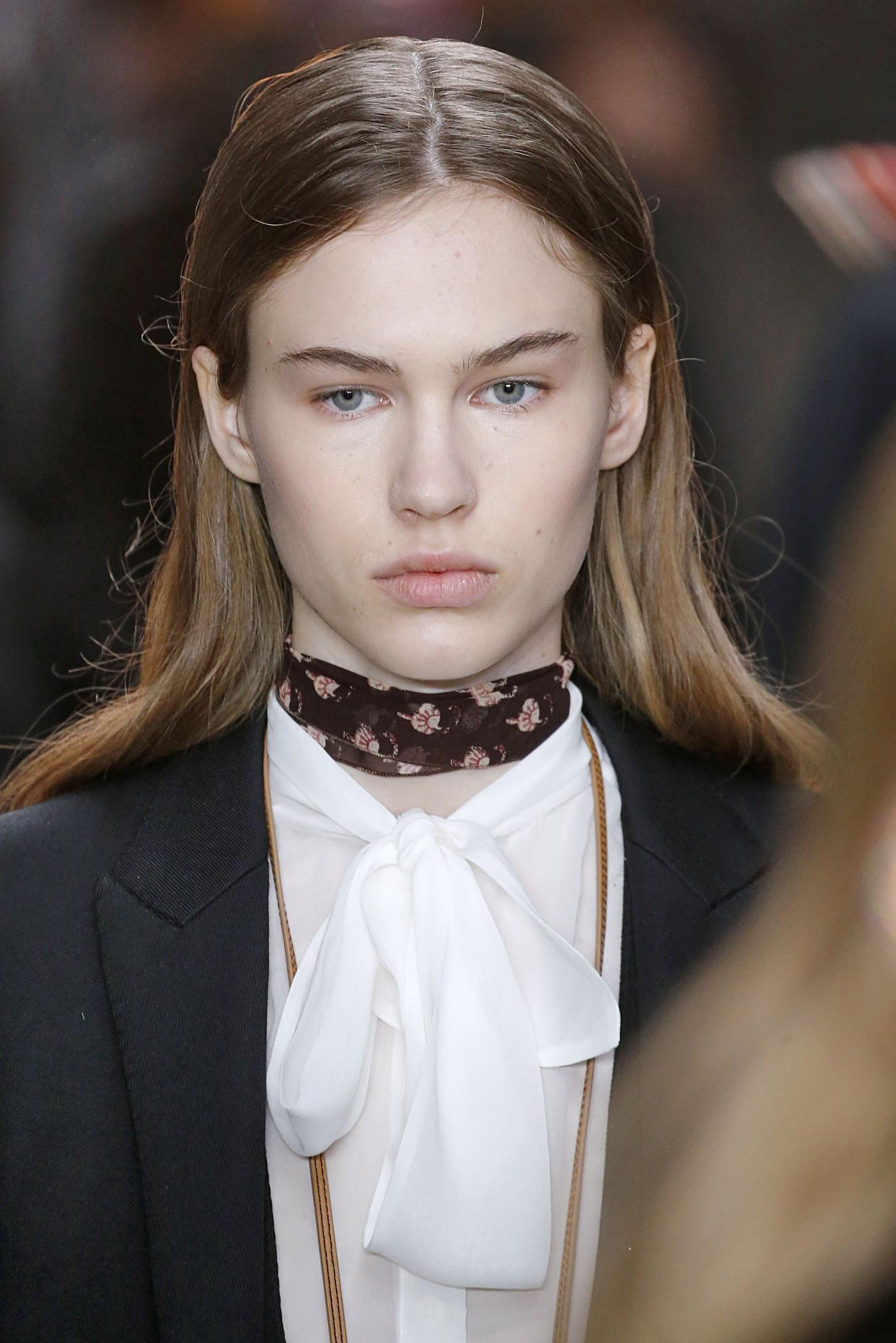 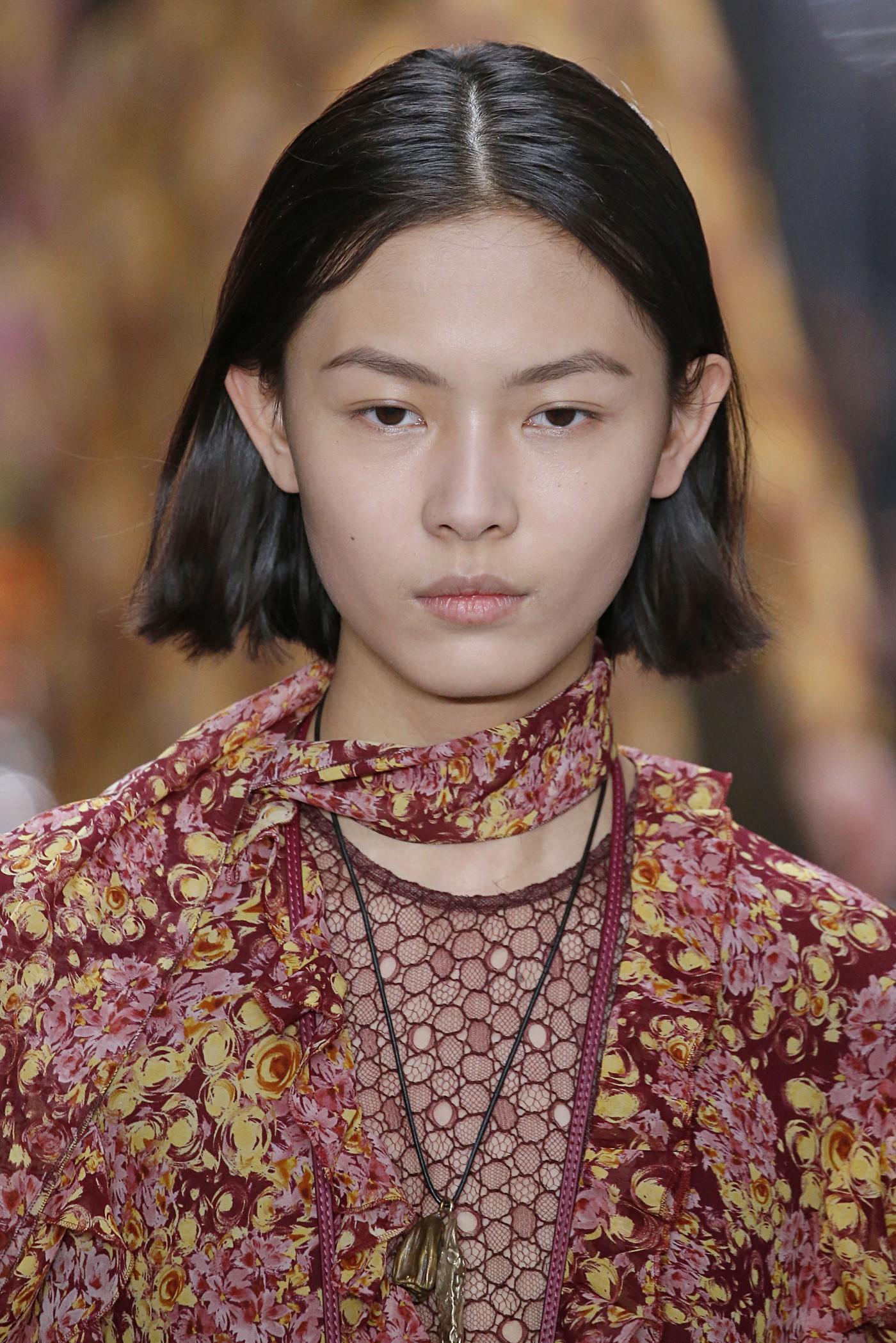 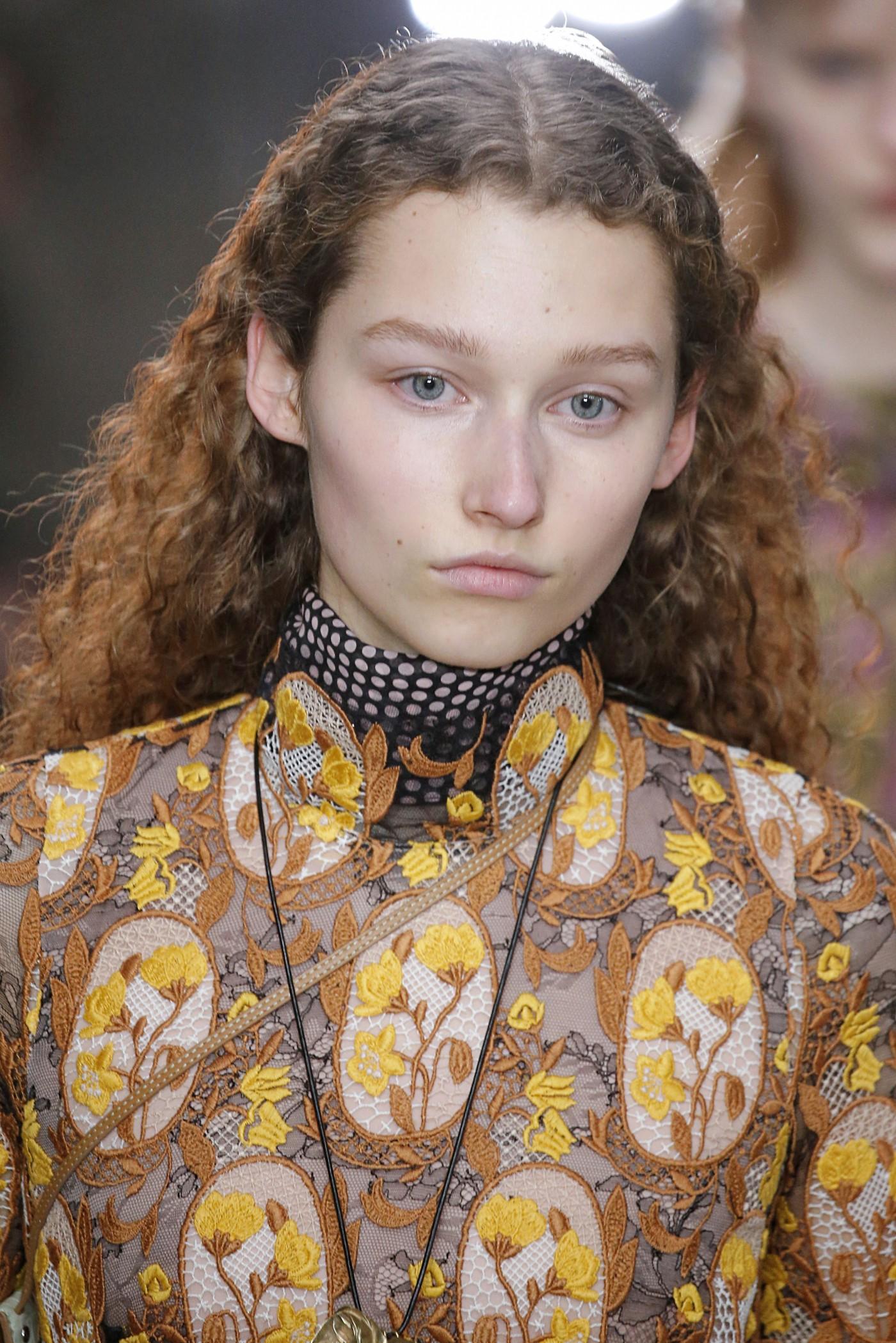 Then came the glitterface. Literally just models with glitter all over their faces. So much glitter. 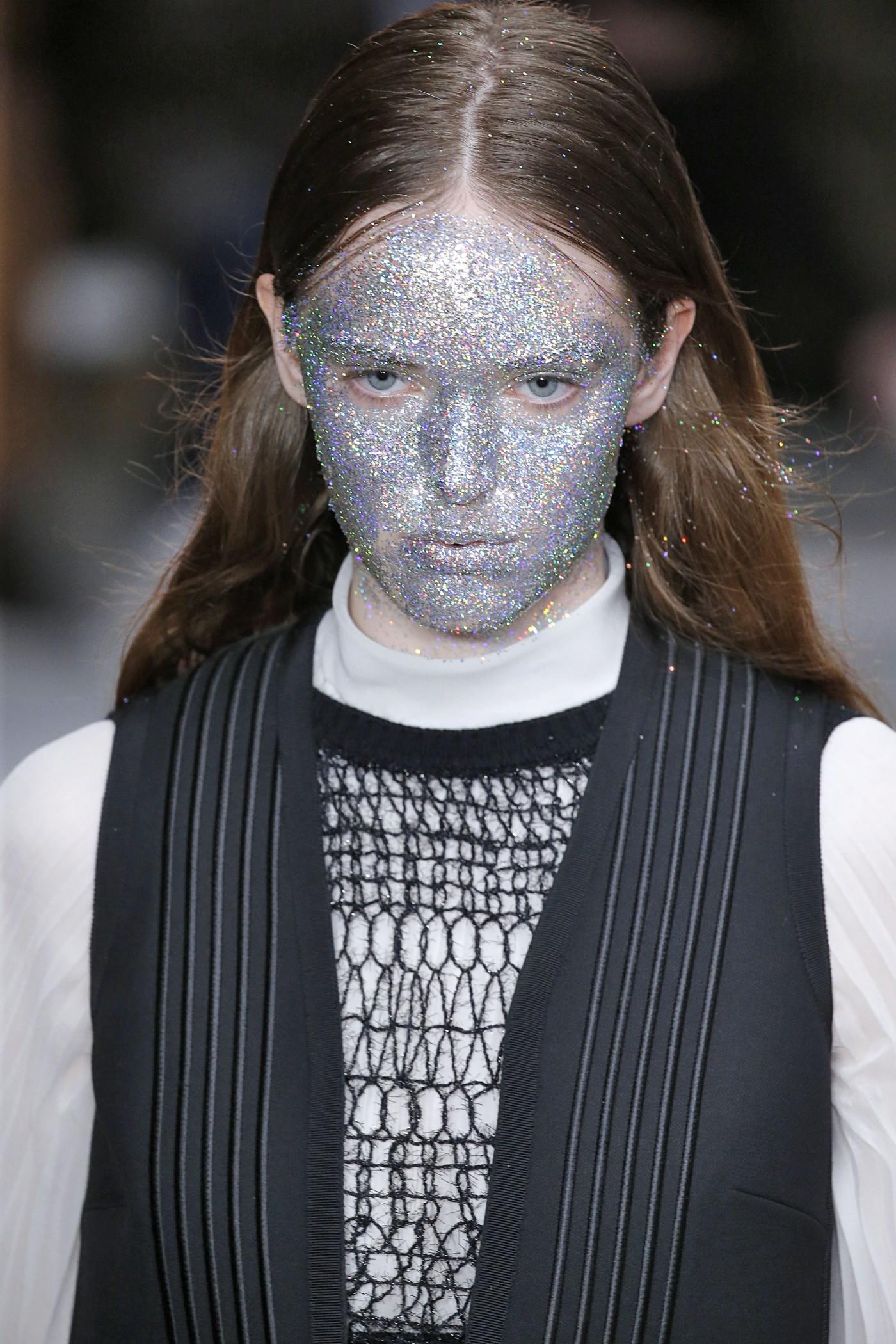 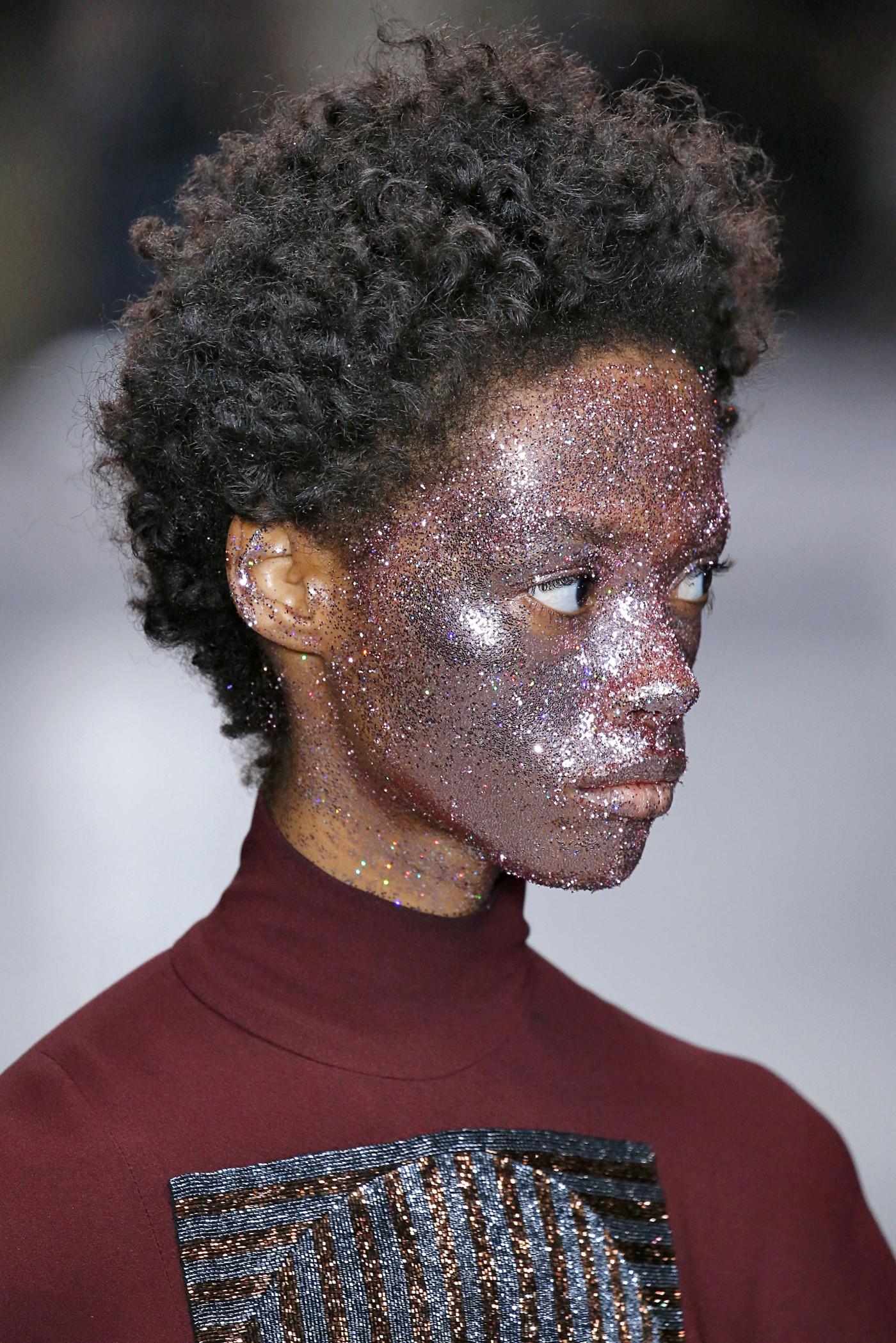 It was also kind of haphazard, with bare patches of skin showing through here and there, as if the glitter had been applied in a hurry. 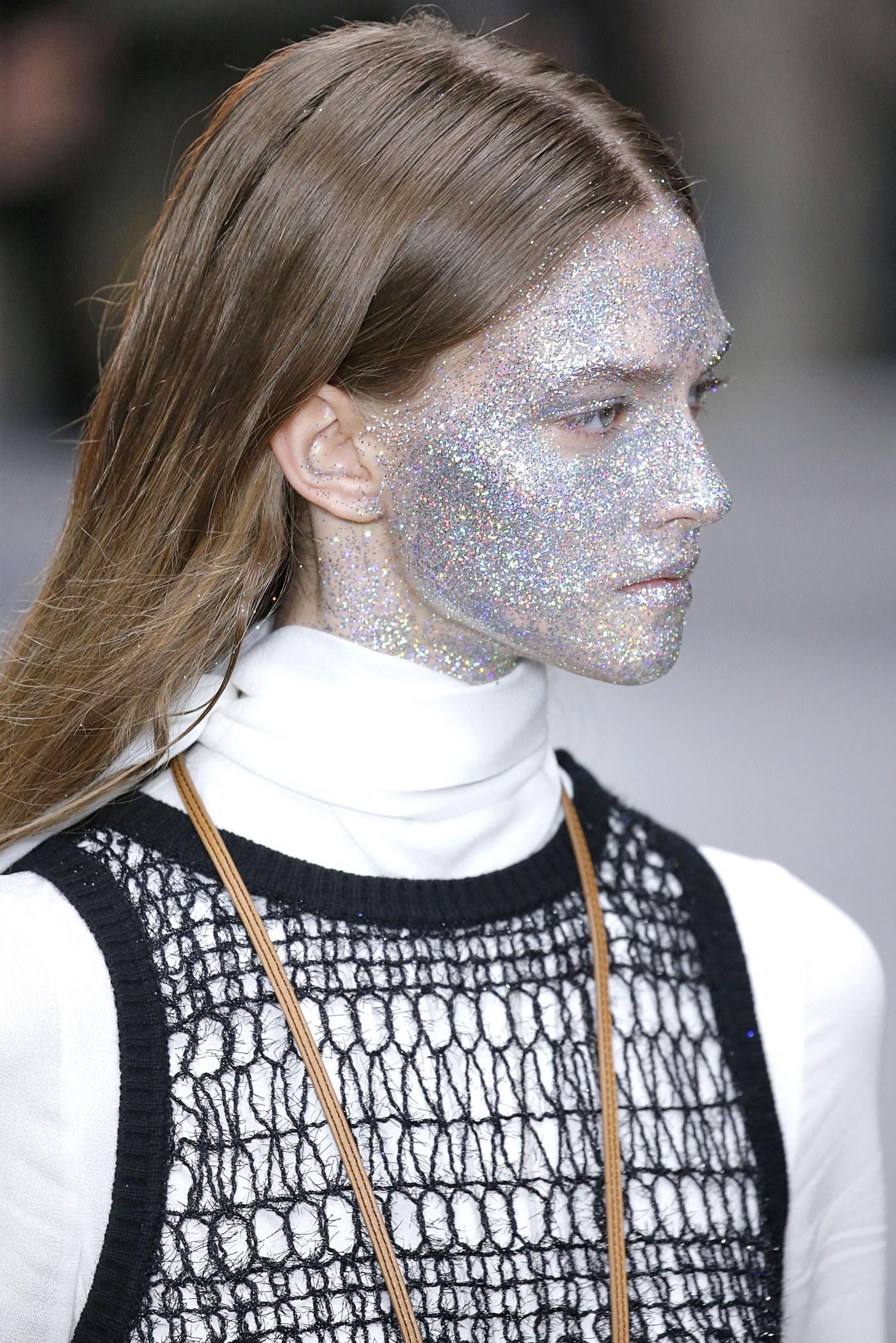 You could almost imagine the poor makeup artist, after so many seasons of the most minimal of minimalist makeup looks finally just snapping backstage and going rogue — smearing glitter on the faces of as many models as he/she could before Valli tackled him/her and tore the glitter from his/her hands. 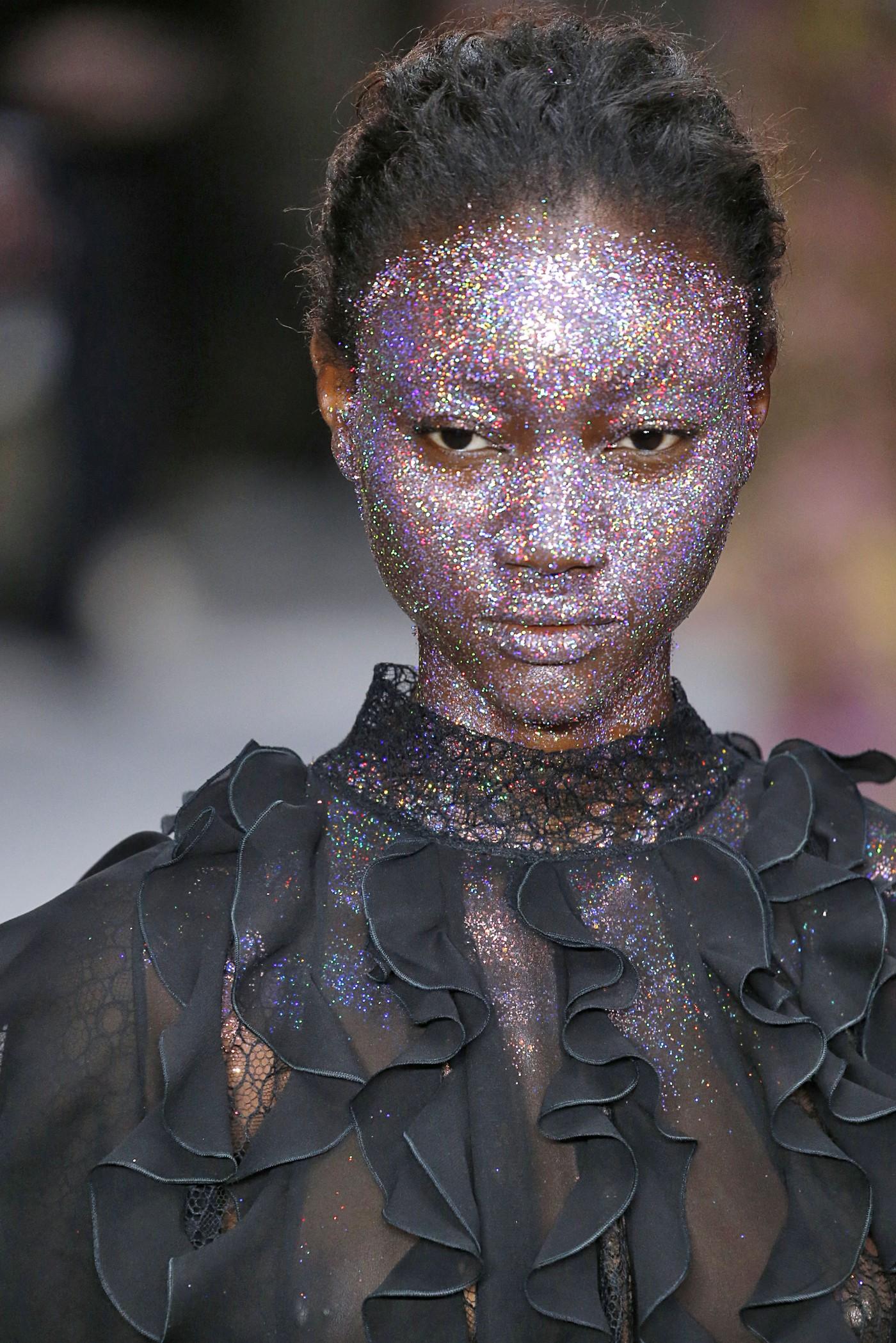 Whatever the reason is behind this sparkle-palooza, one thing is for sure: these models will be picking glitter off their bodies for days, if not weeks, to come. 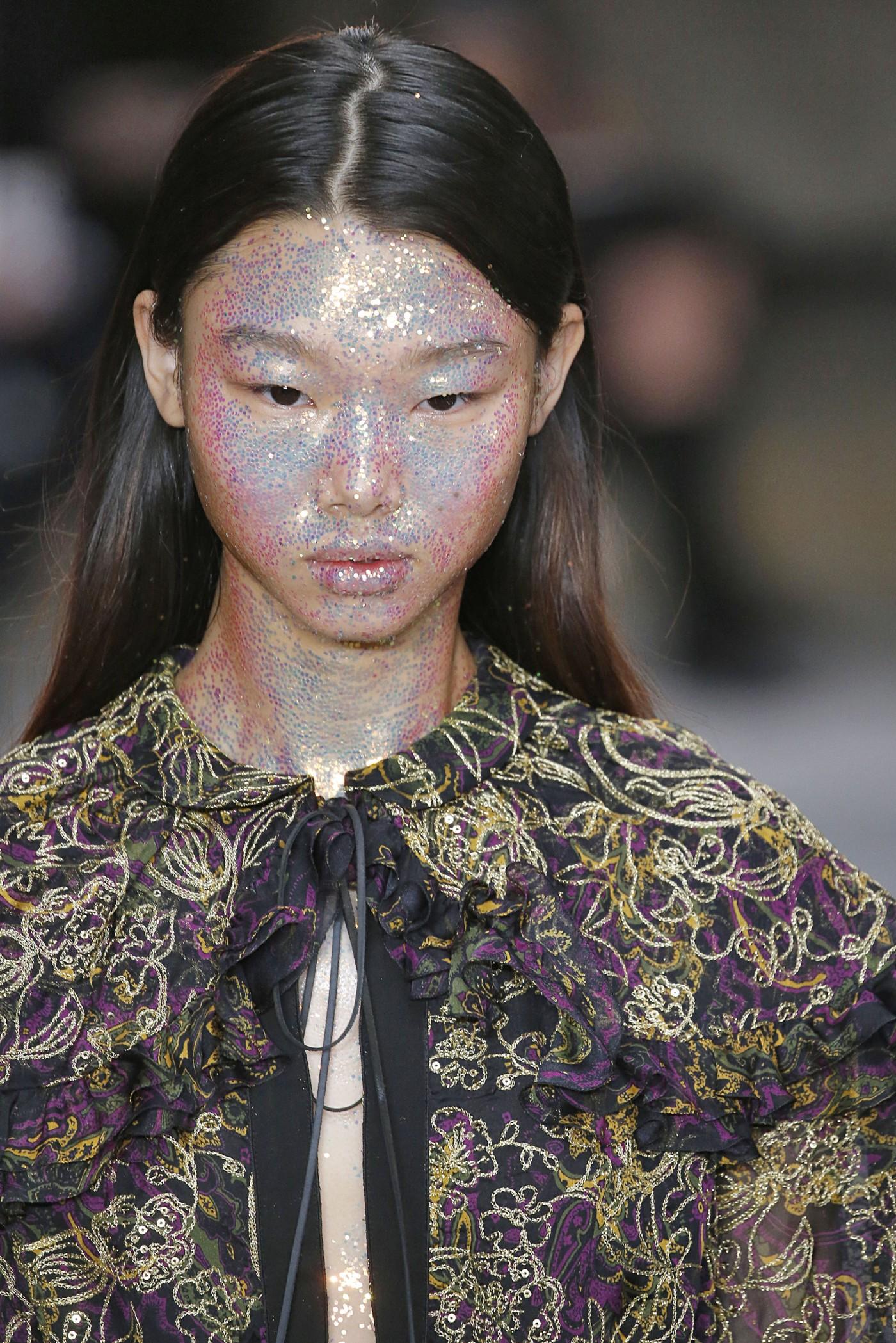 Glitter is an environmental disaster. It is a microplastic which makes it’s way into waterways and poisons the life in rivers and oceans. Stop using it.