Get Your Paris Fashion Week Updates As They Happen: The Chloé Girl Gets Crafty, Balmain’s Supermodel-heavy ‘Festival’ 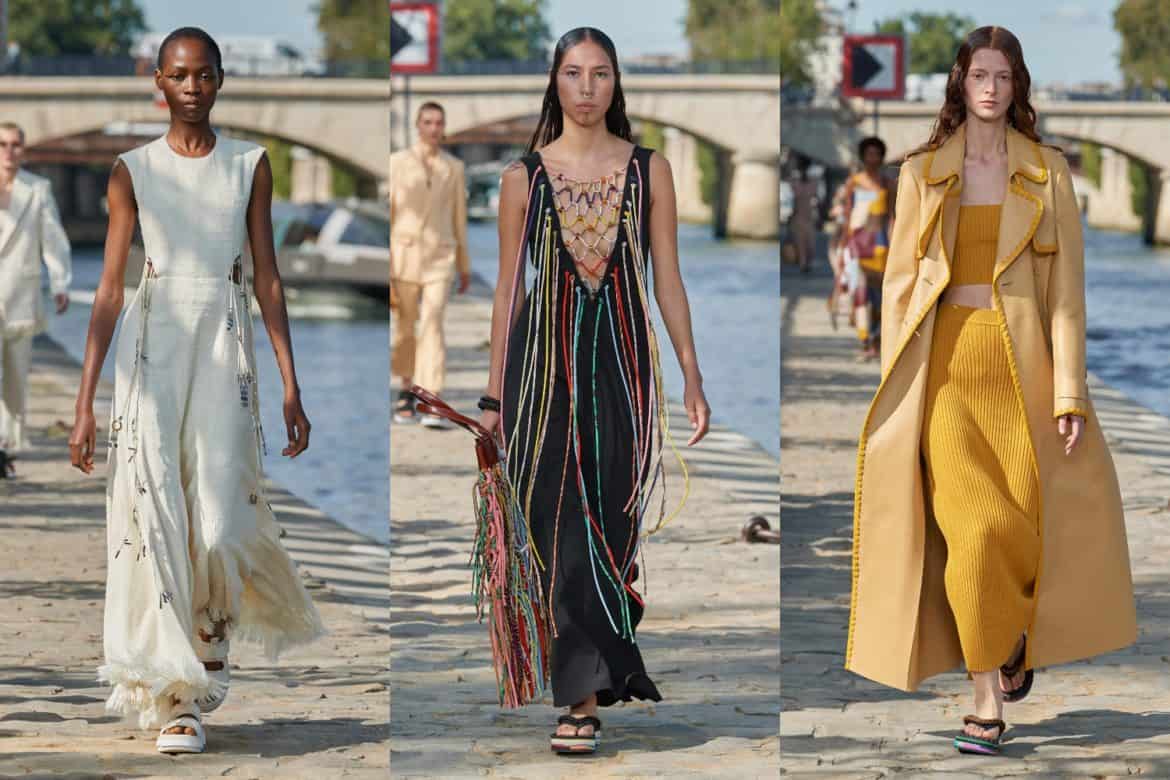 Your rolling guide of chic intel from the City of Light…

Does that opening raw silk number with fringed tassels look familiar? Mais oui, Gillian Anderson wore the co-ordinating top and skirt (with aplomb!) to accept her Emmy just a fortnight ago. Looking back, it seems an interesting choice too as the 53-year-old is a melting pot of style, substance, and talent. In short: everything the Gabriela Hearst-era Chloé muse ought to be. Fully hitting her stride, the impassioned designer is making moves in her bid to not just lead the maison down the path of sustainable luxury but blazing a new trail for the industry altogether. As such, she’s opted to go a more personal, artisanal route with the introduction of Chloé Craft, which seeks to “pioneer new levels of traceability and transparency in the industry and establish a deeper connection between consumers and local producers.” The premise will see the brand uncover innovative methods of making large quantities of inventory in a more considered way, such as utilizing recycled materials for its ever-popular footwear and accessories. Furthermore, the ready to wear collection sought to use deadstock and lower impact wool. Forget ‘crunchy granola’ tropes…this is the future of hippie chic.

The devil works hard, but the Balmain casting agents work harder. Celebrating 10 years at the helm of the French house, Olivier Rousteing ensured it was a moment to remember. Staging the Spring Summer show as a festival of sorts: live performances and a mosh pit of fashion editors and influencers! The designer even recruited Beyoncé to sing the runway soundtrack via a voice over…talk about friends in high places. Models including Naomi Campbell, Karen Elson, Lara Stone, and Milla Jovovich strutted down the catwalk to rapturous applause, as Bey’s voice could be heard praising the 35-year-old designer for his historic achievements, activism, and contribution to fashion and culture. As for what brought the house down? Carla Bruni sashaying in one of Rousteing’s instantly-recognizable embellished mini dresses, made famous in his seminal Fall 2012 collection. Work!

Cardi B is having a ‘Haute Girl’ Fashion Week 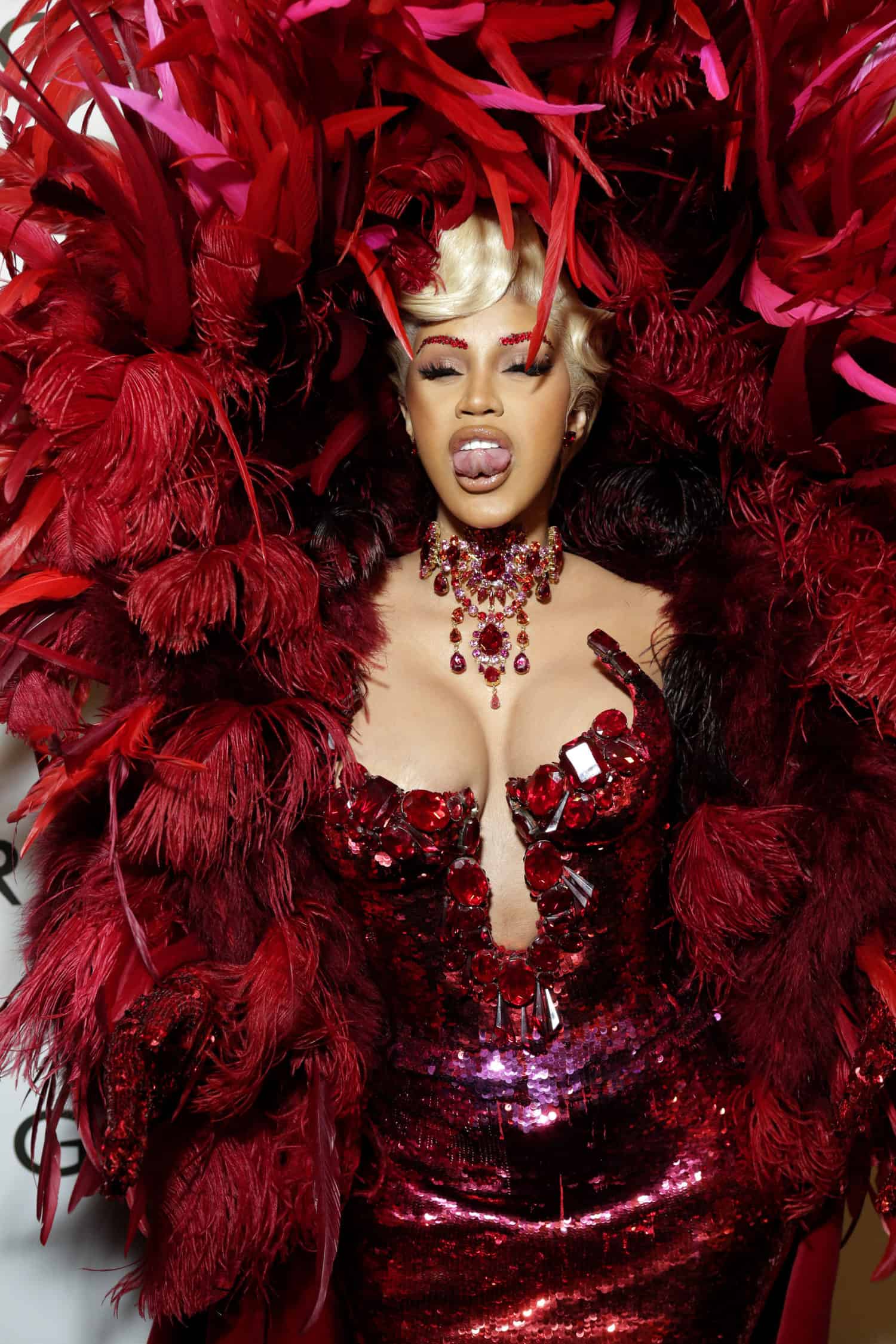 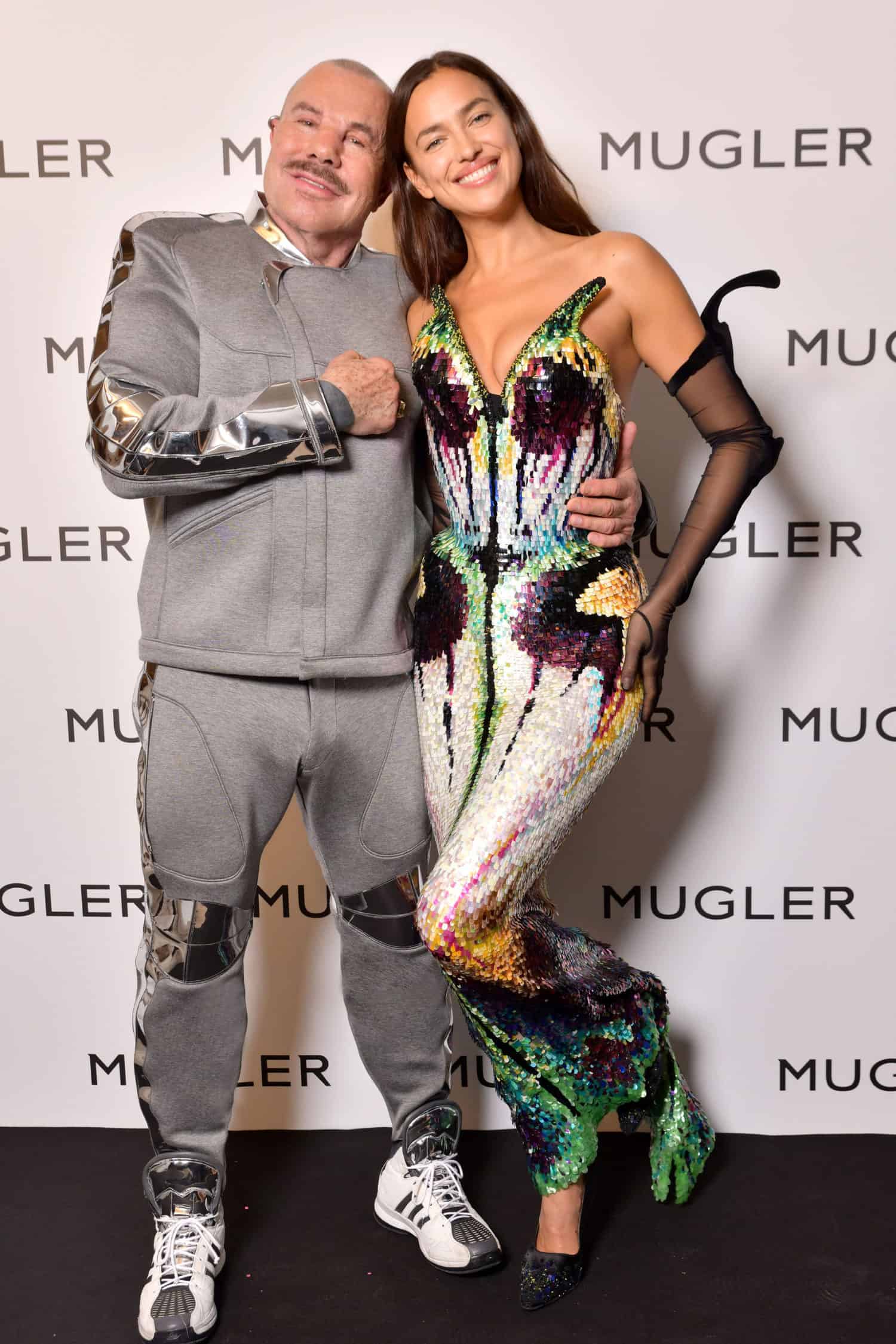 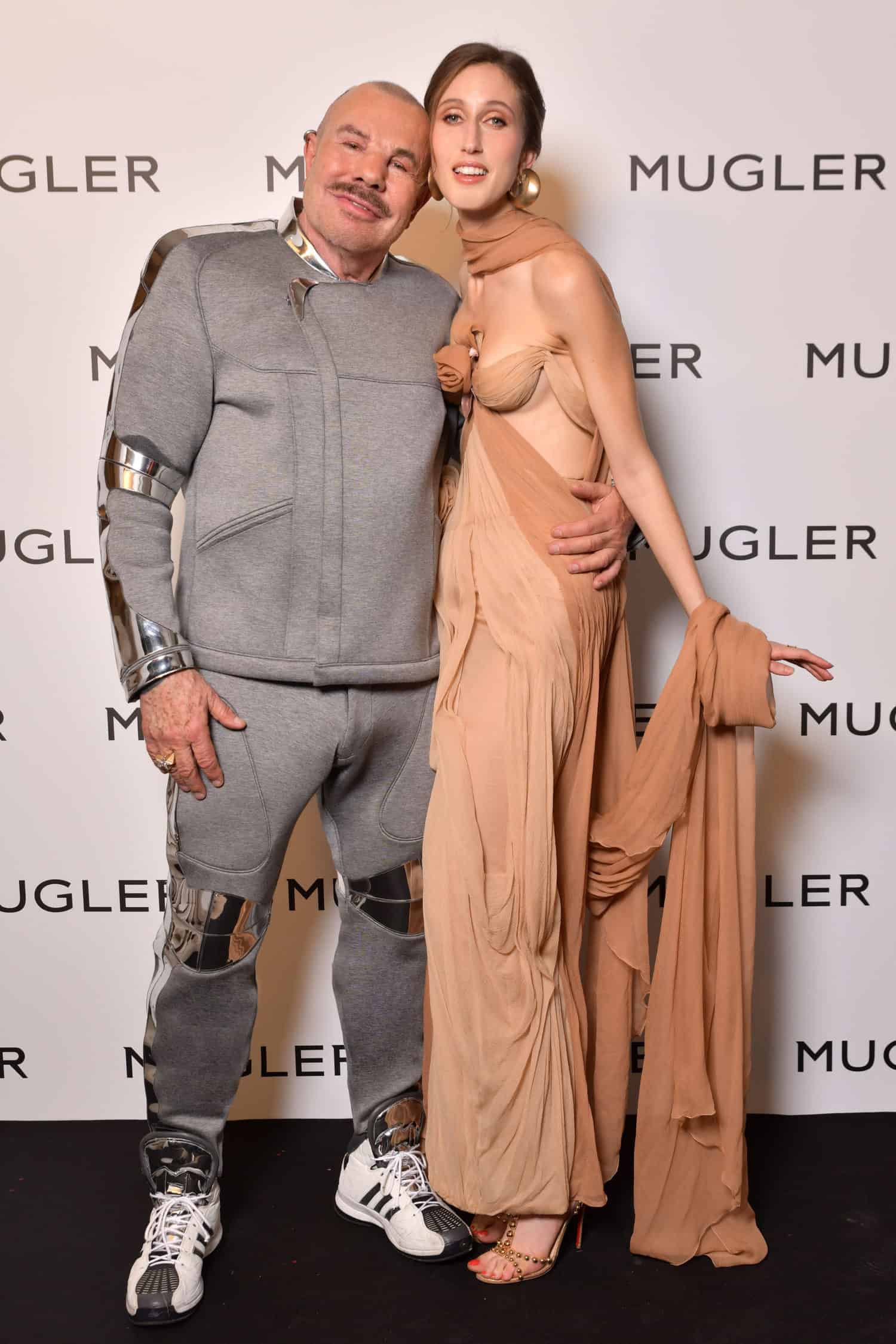 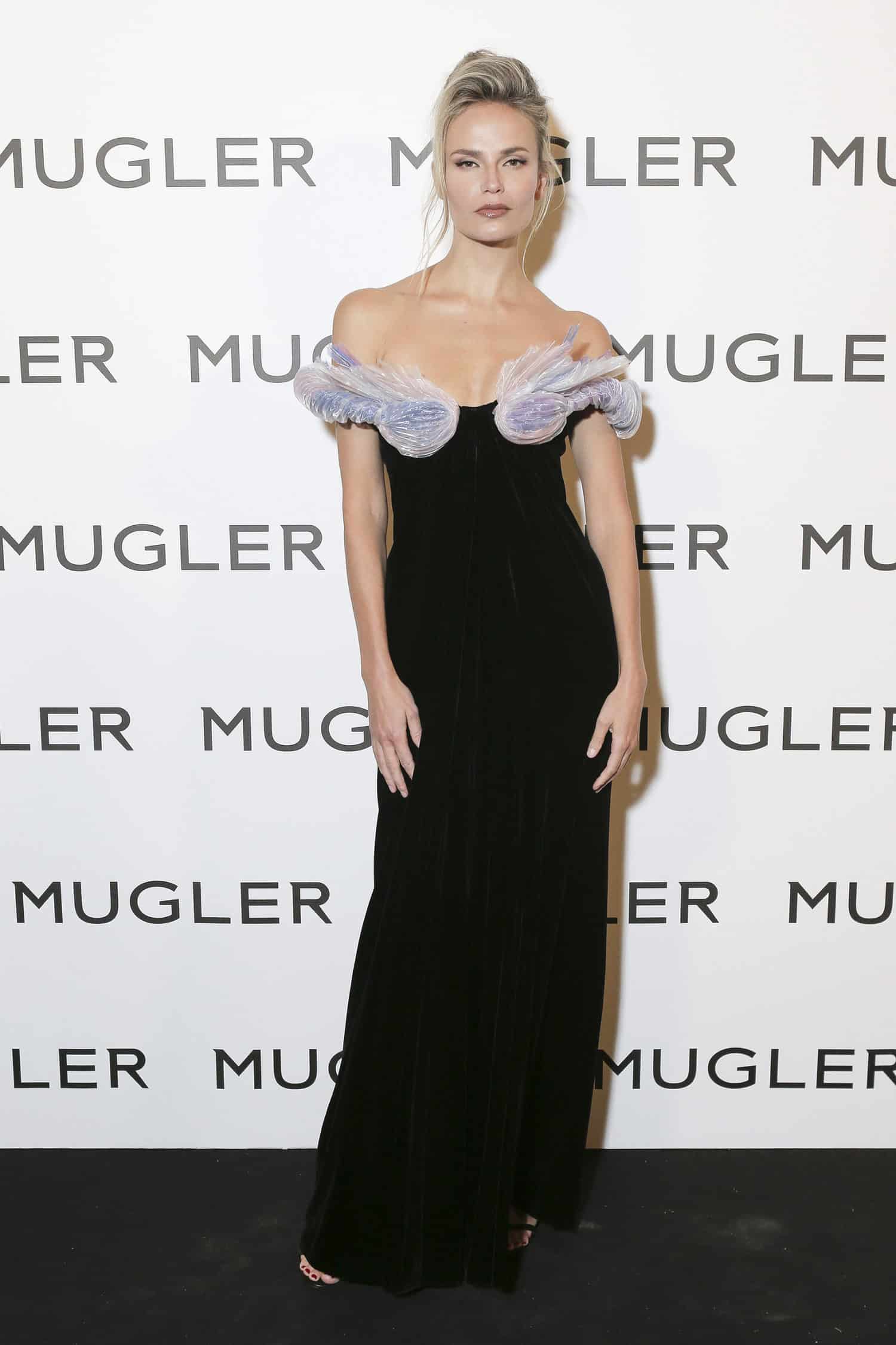 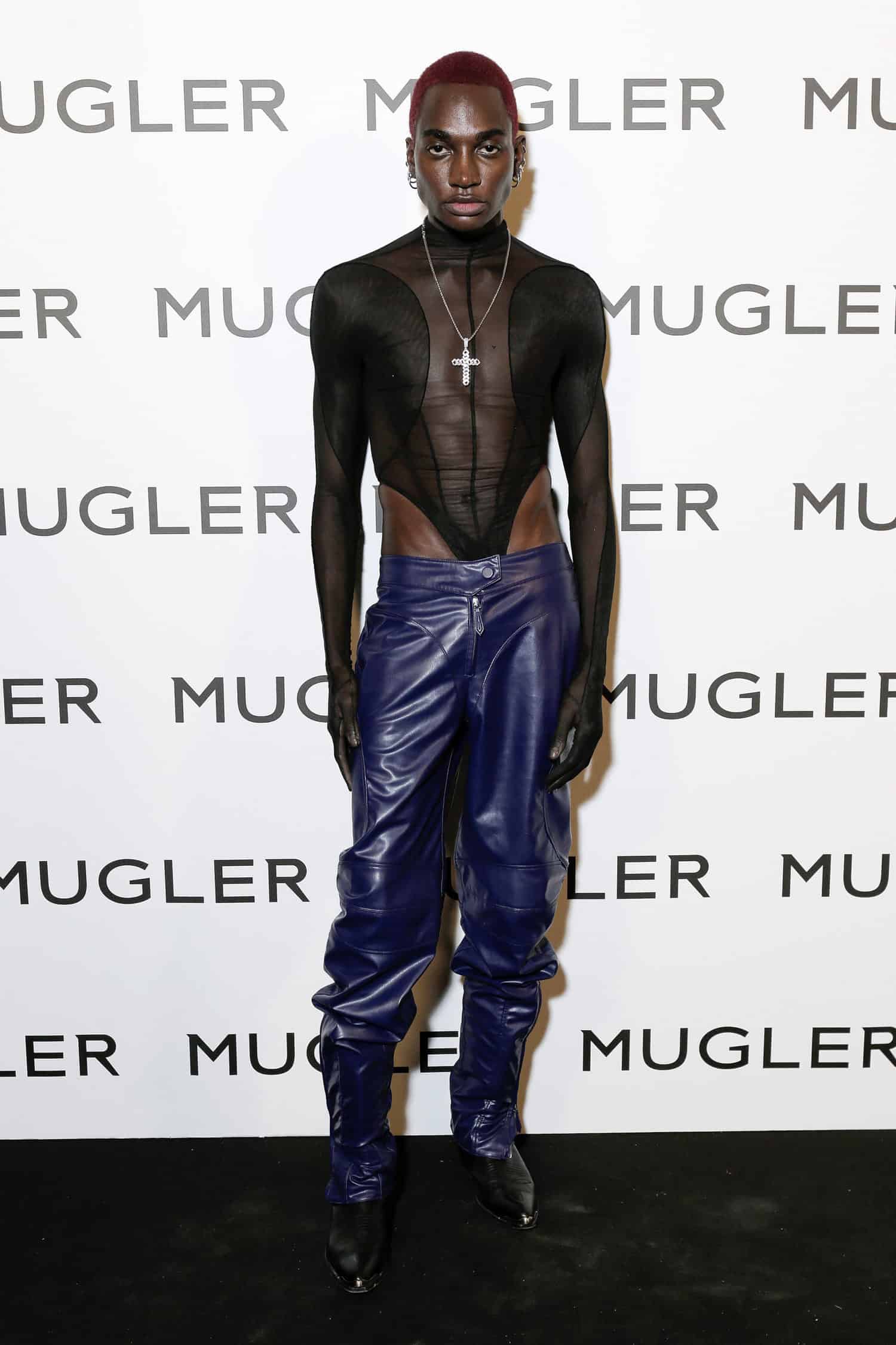 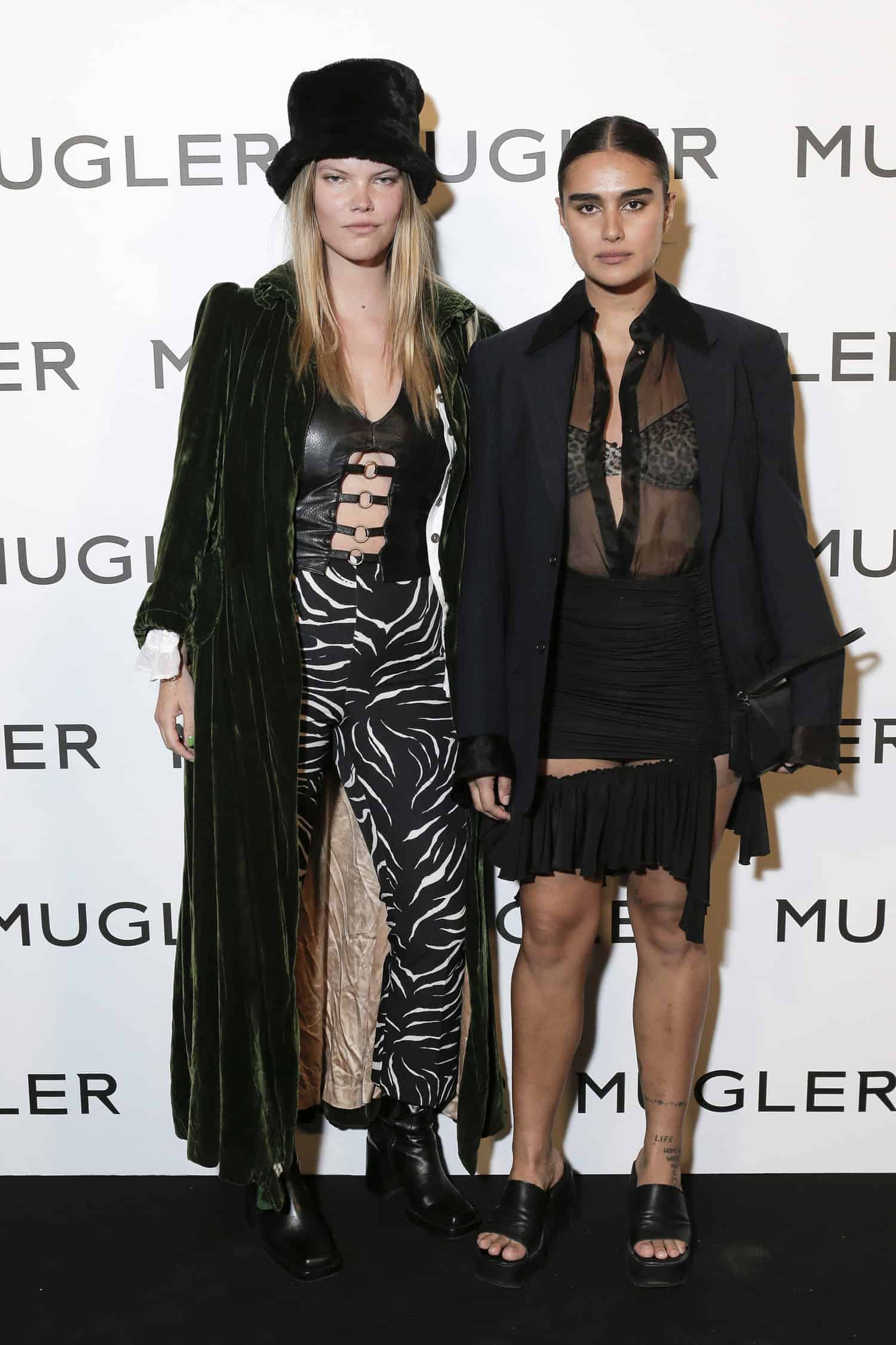 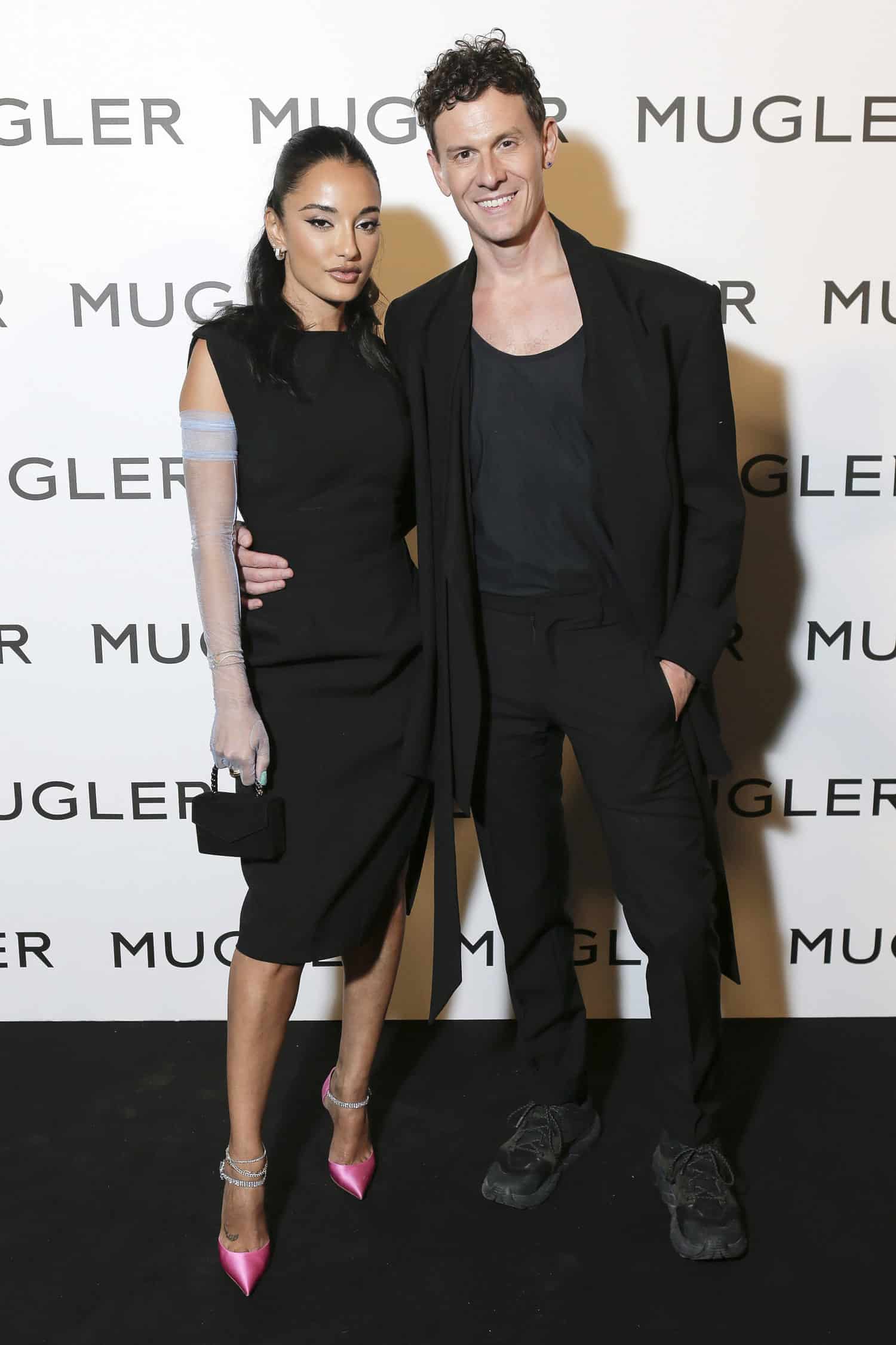 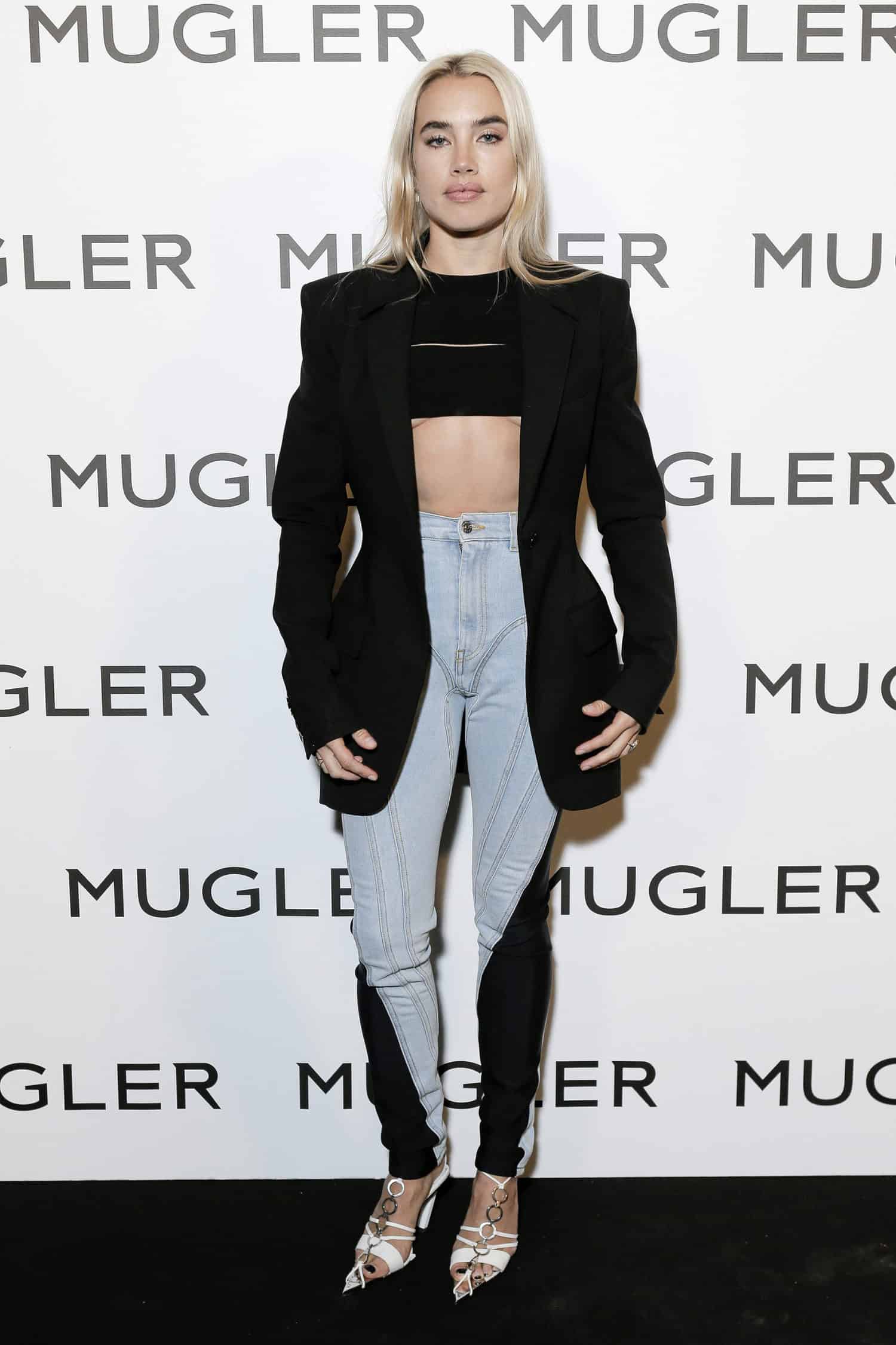 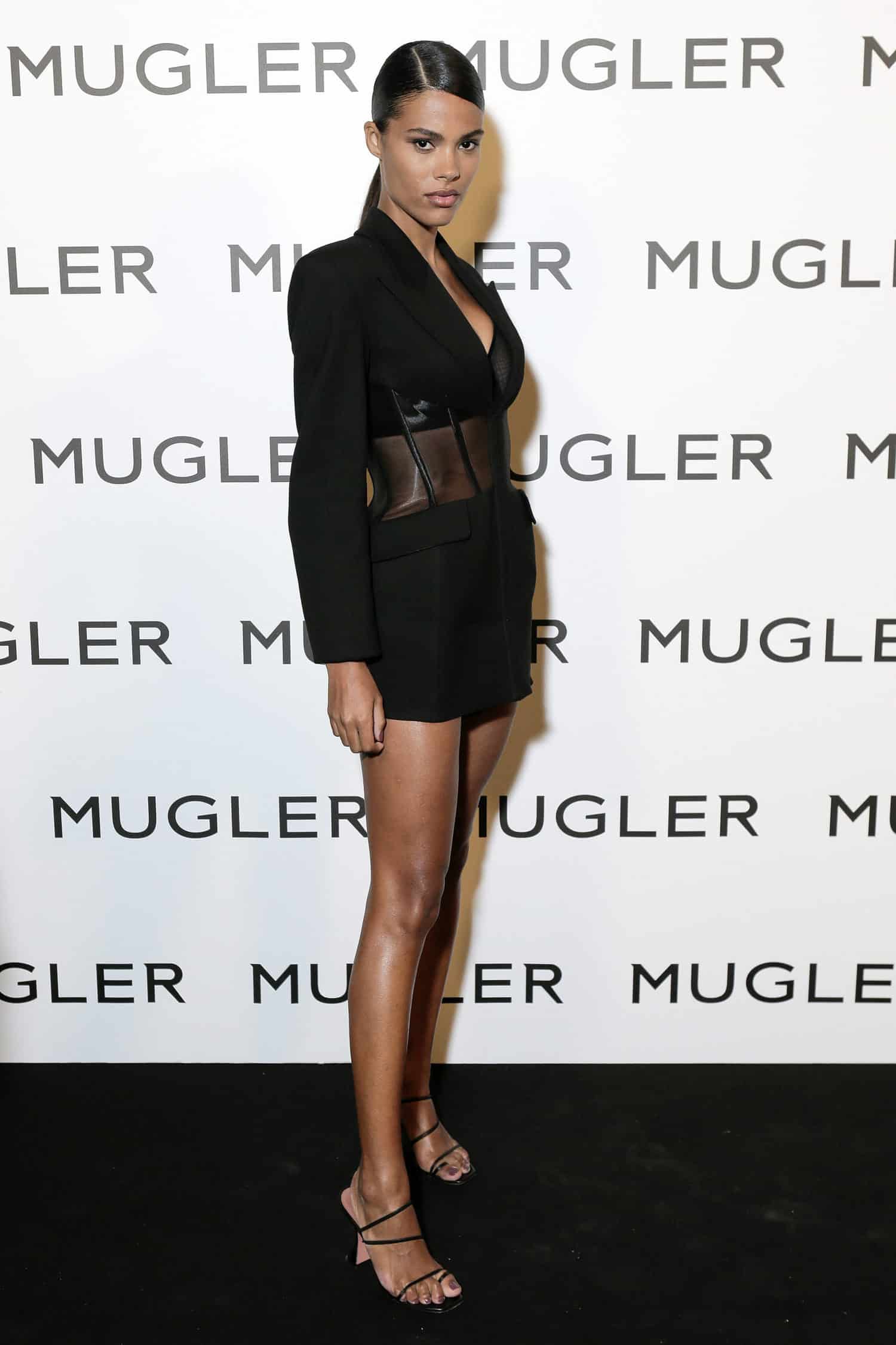 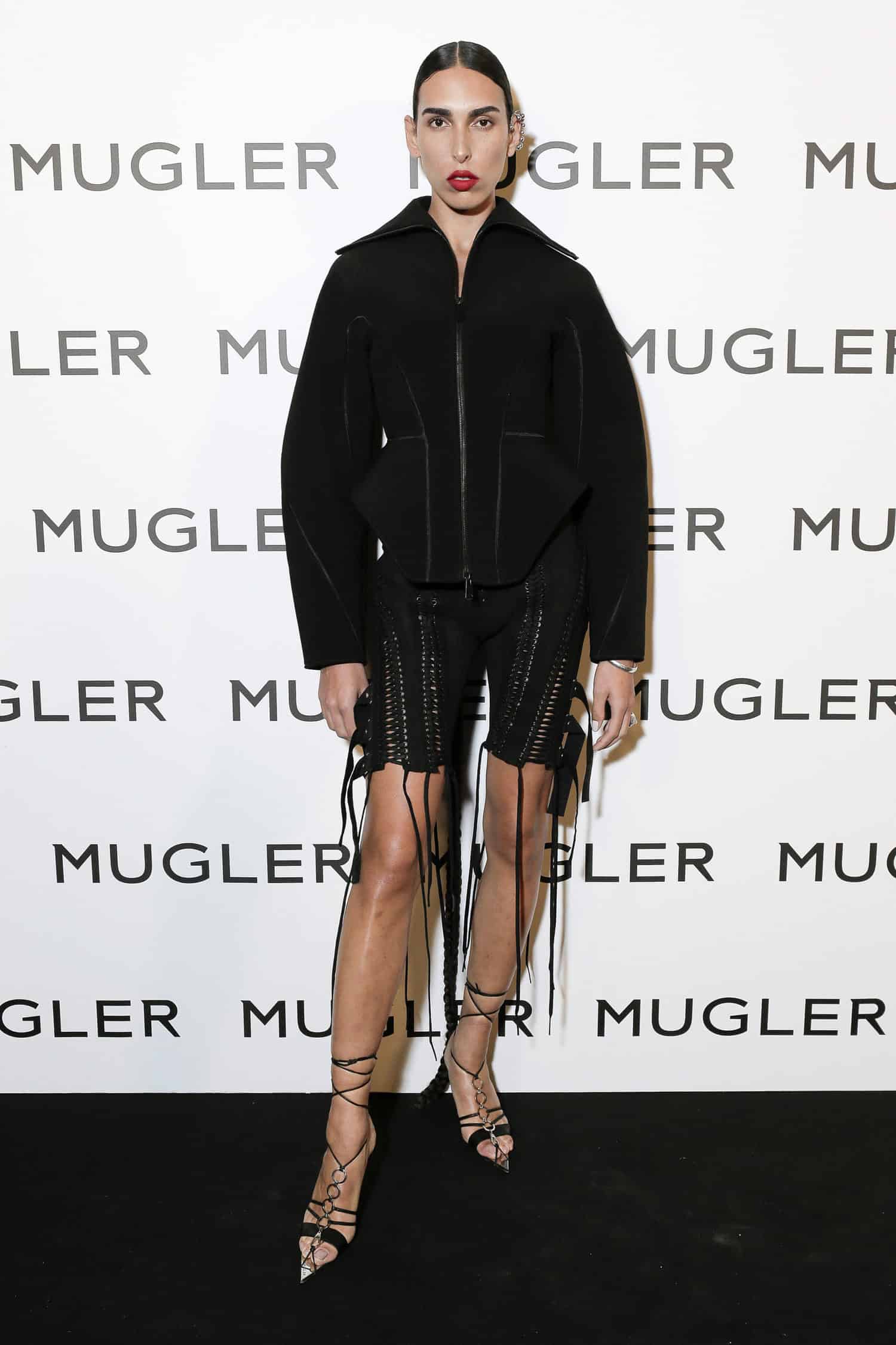 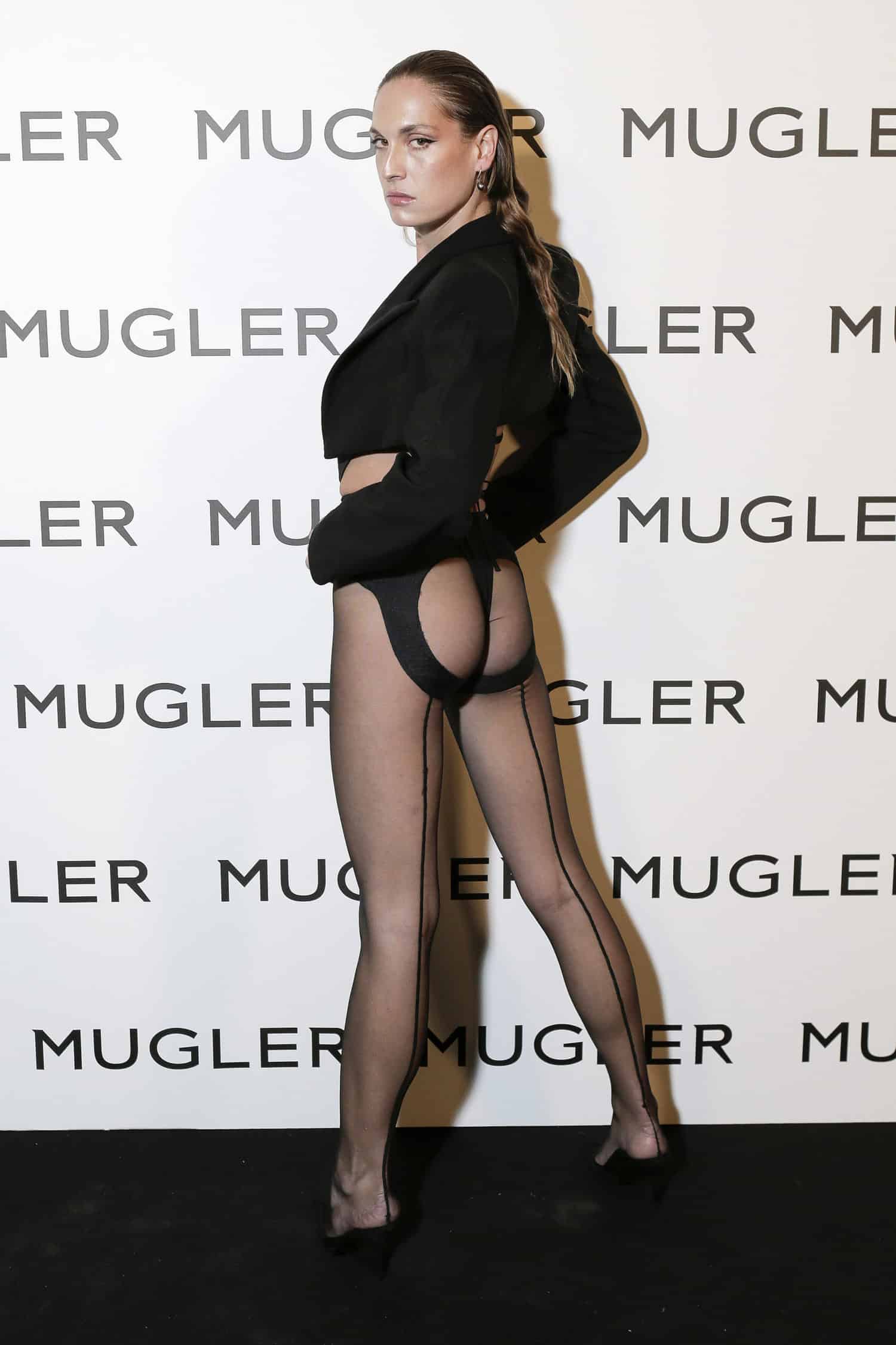 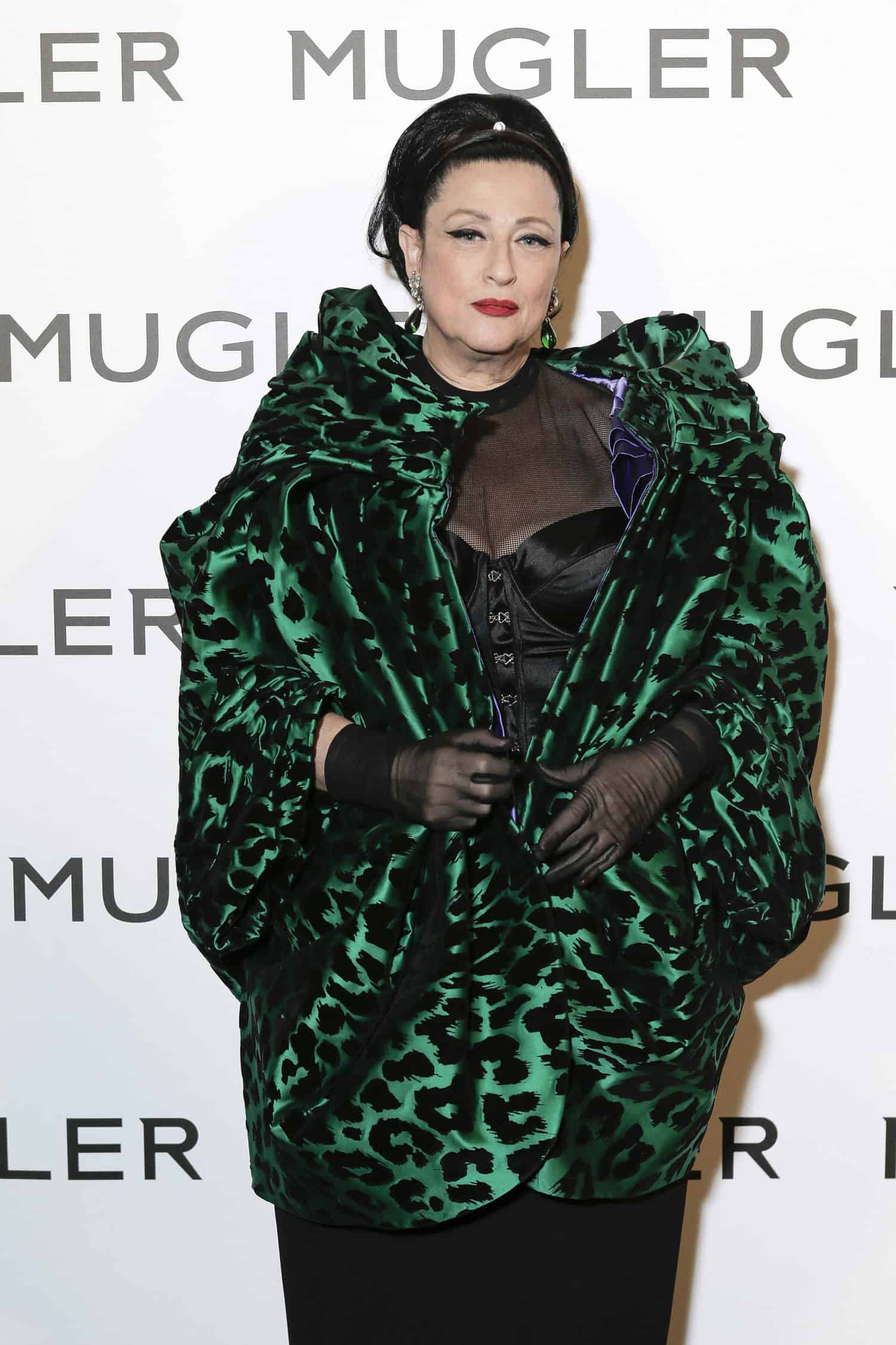 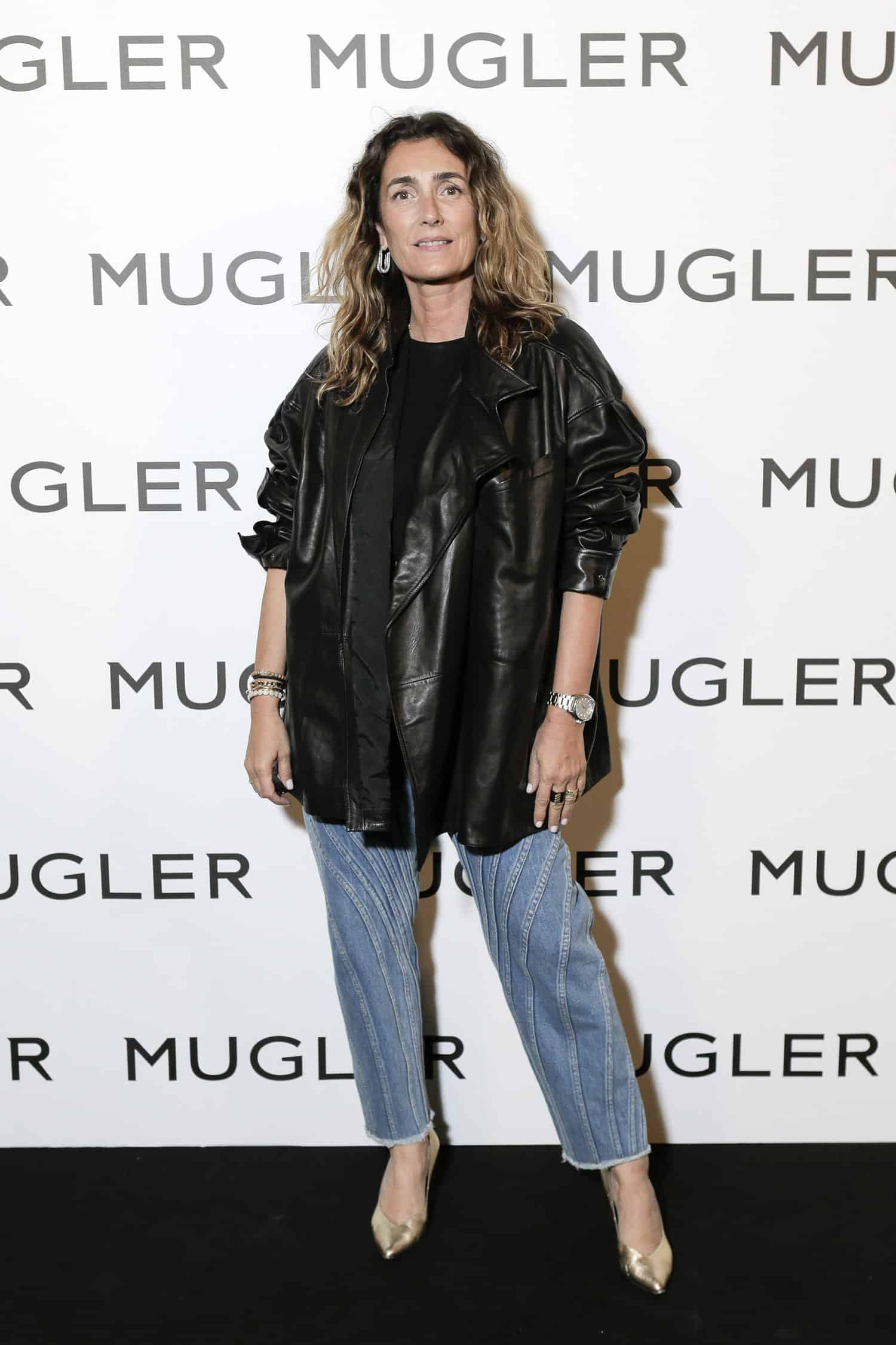 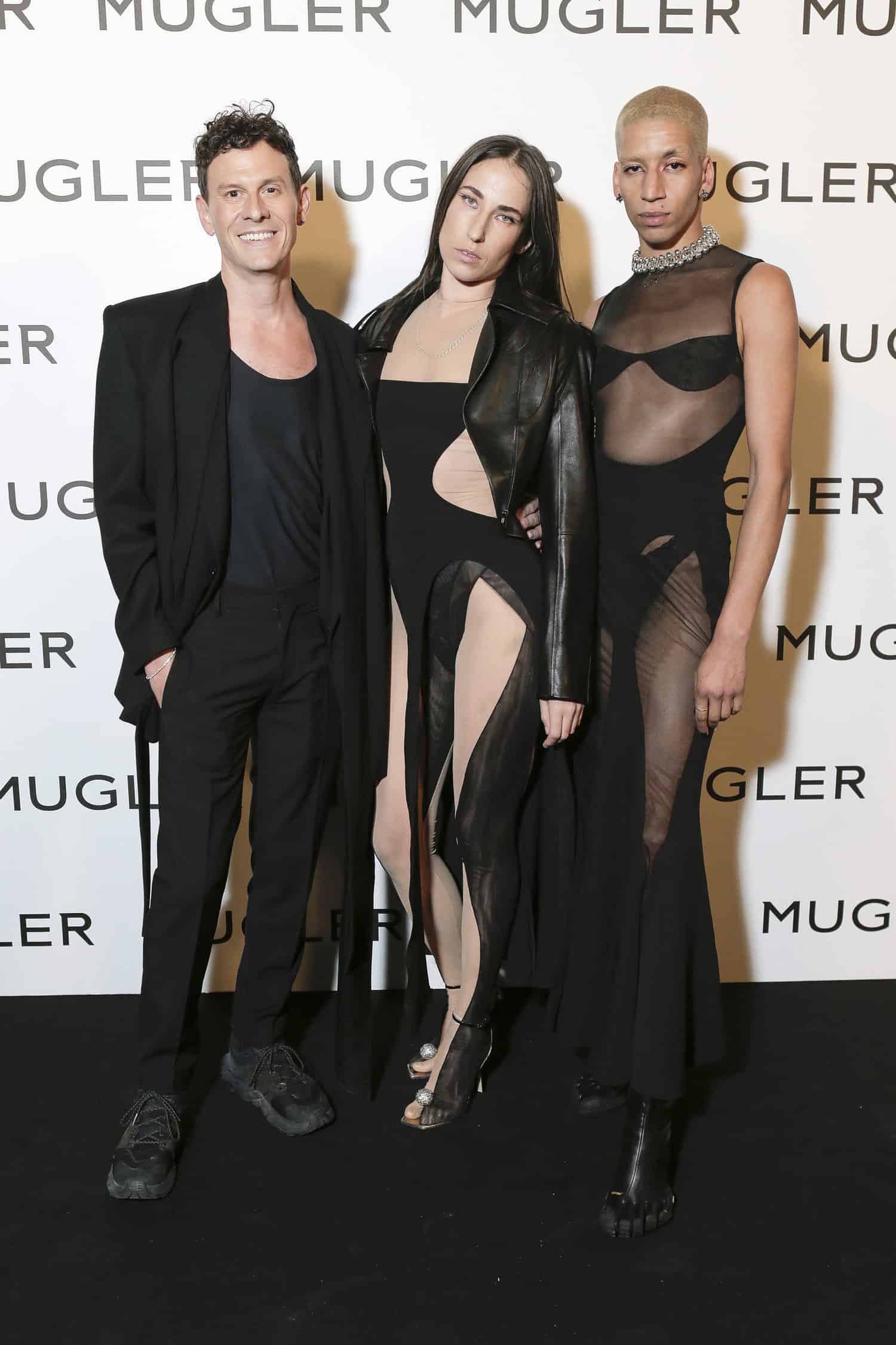 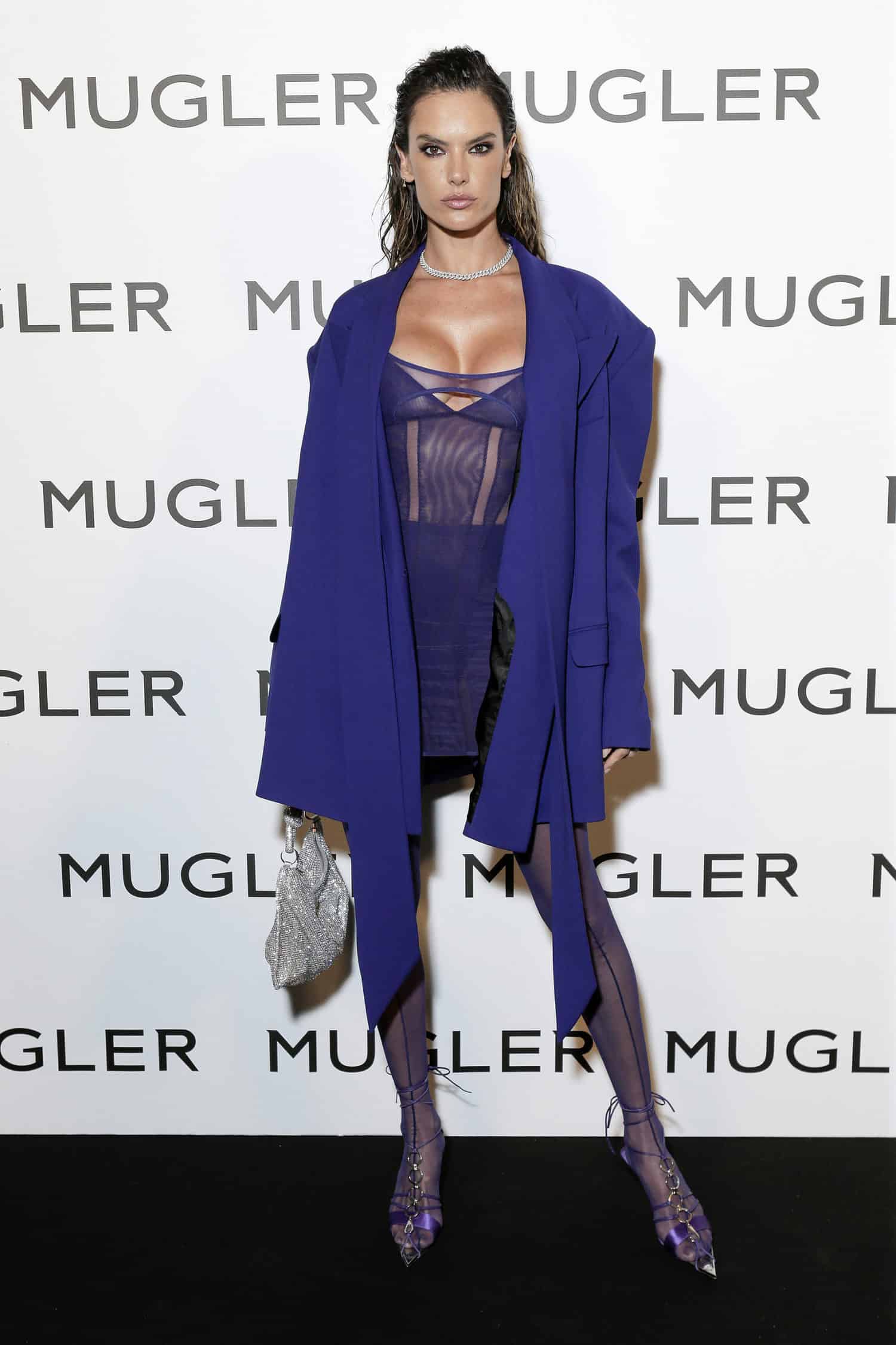 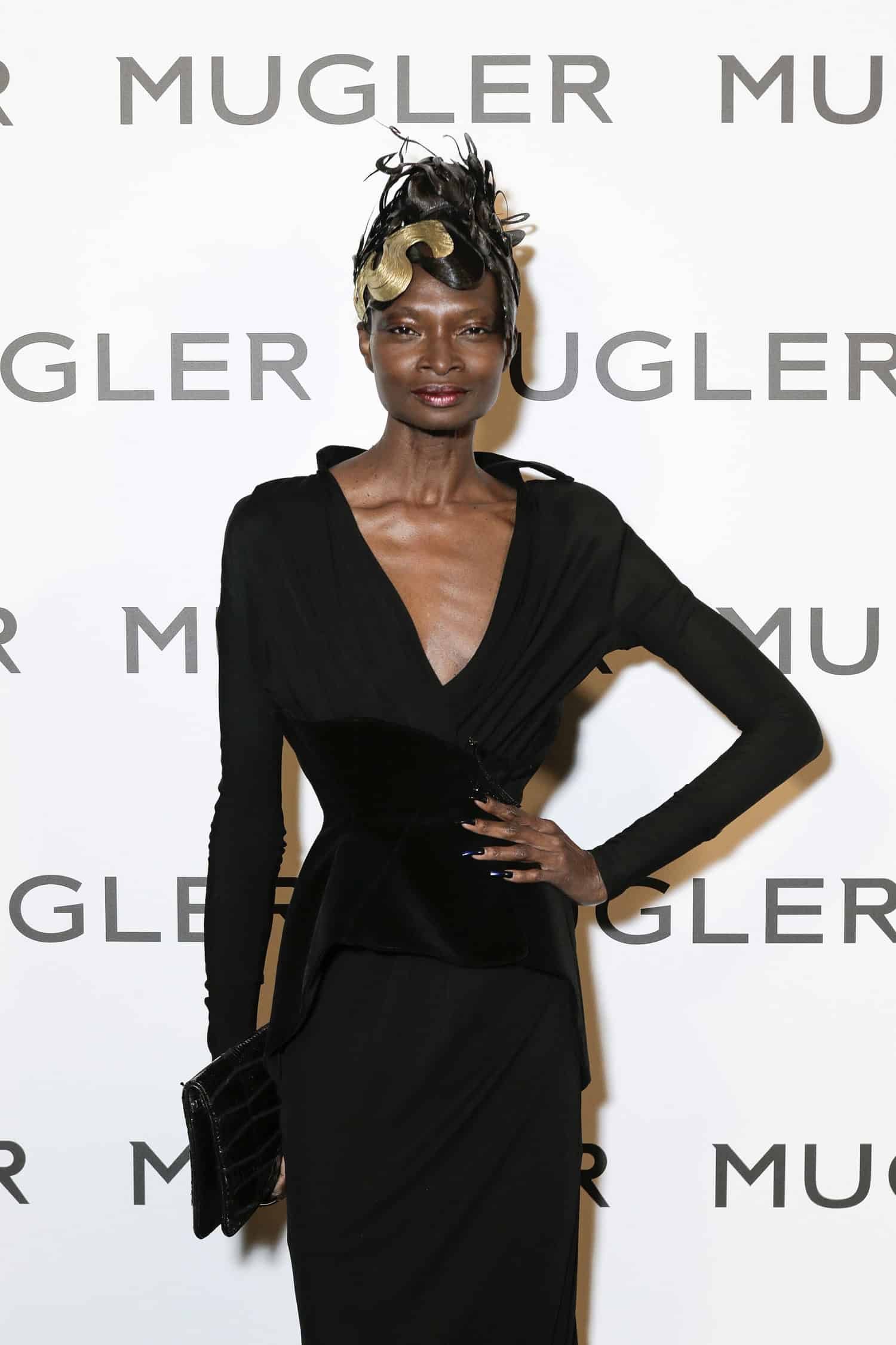 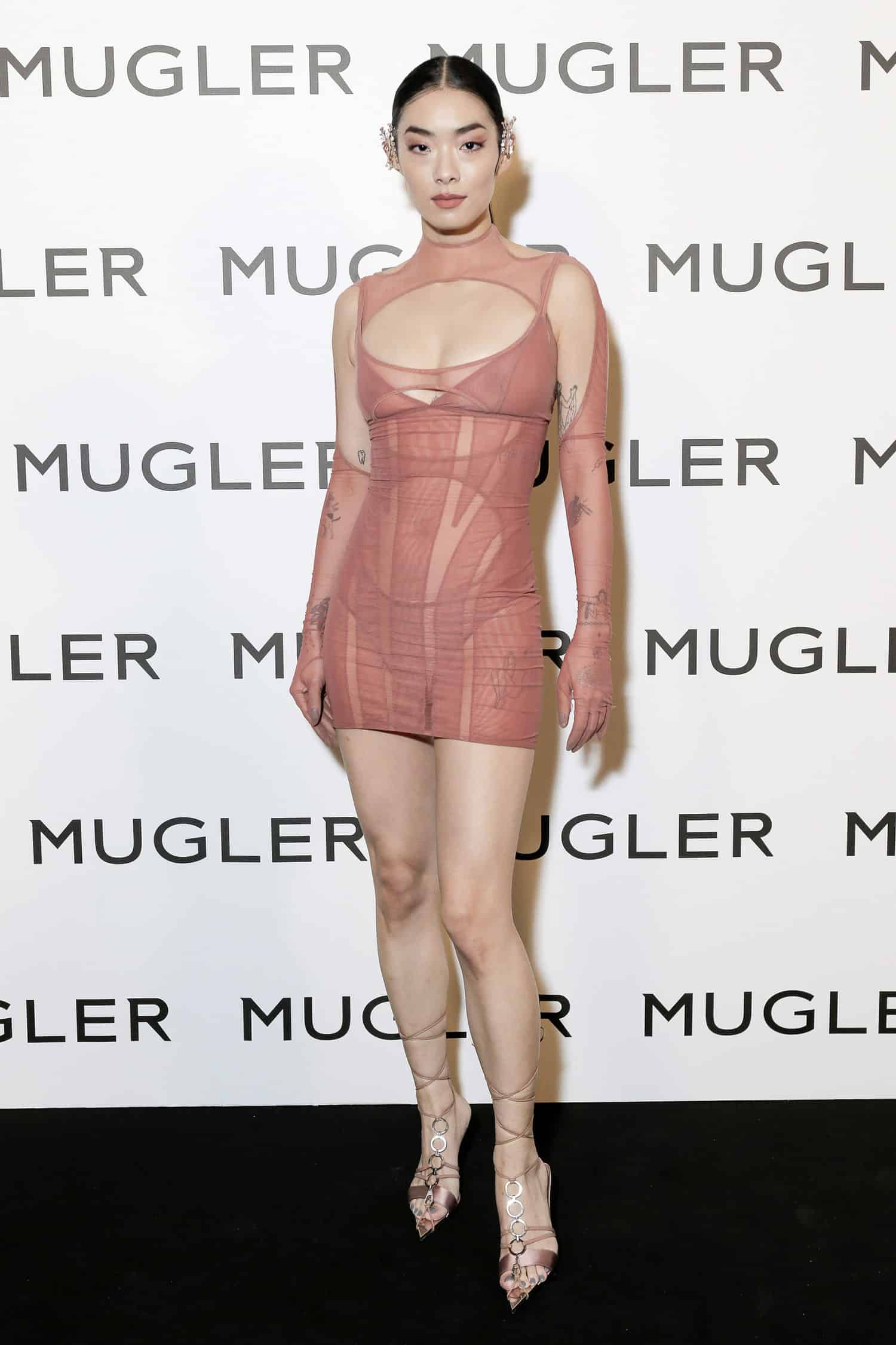 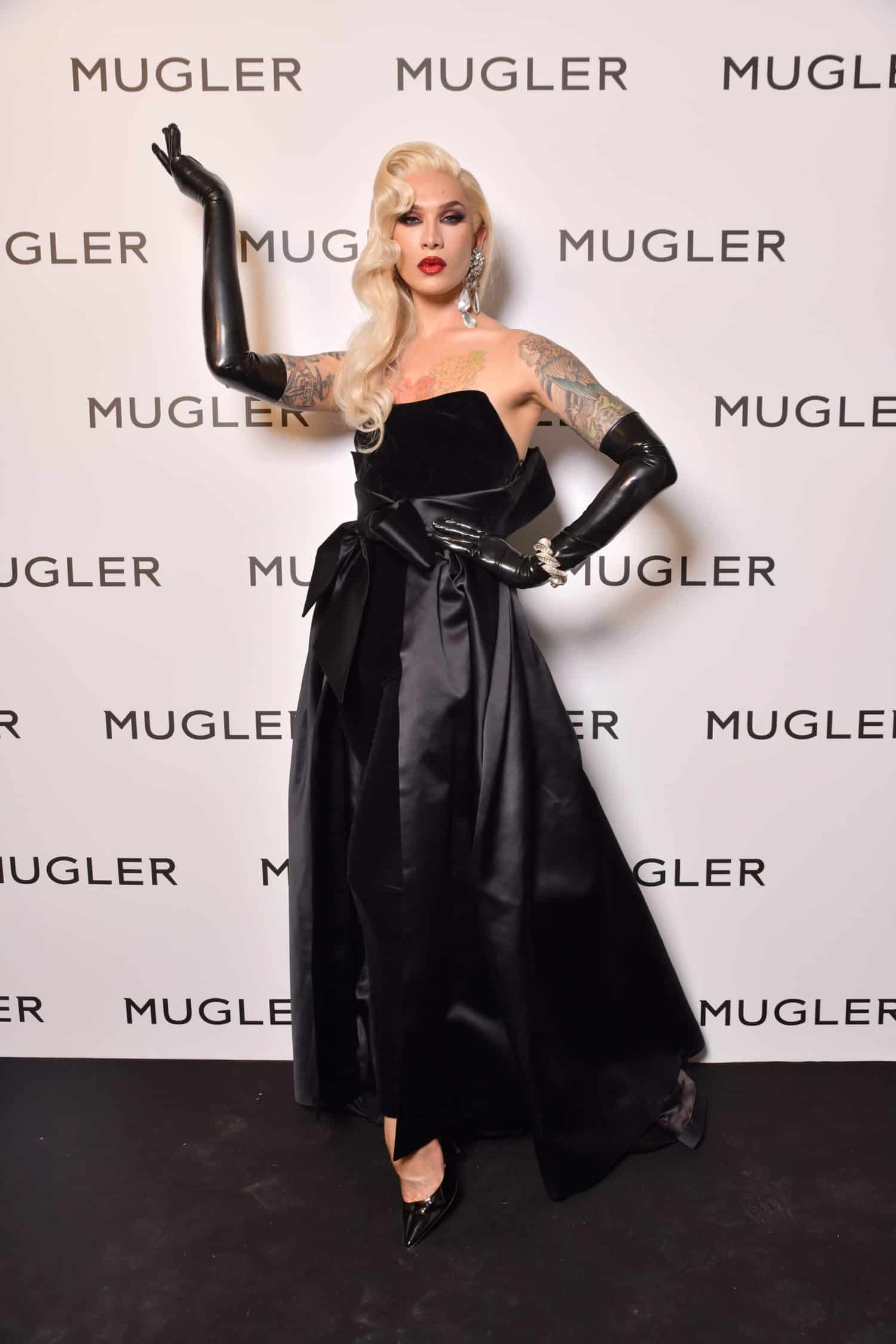 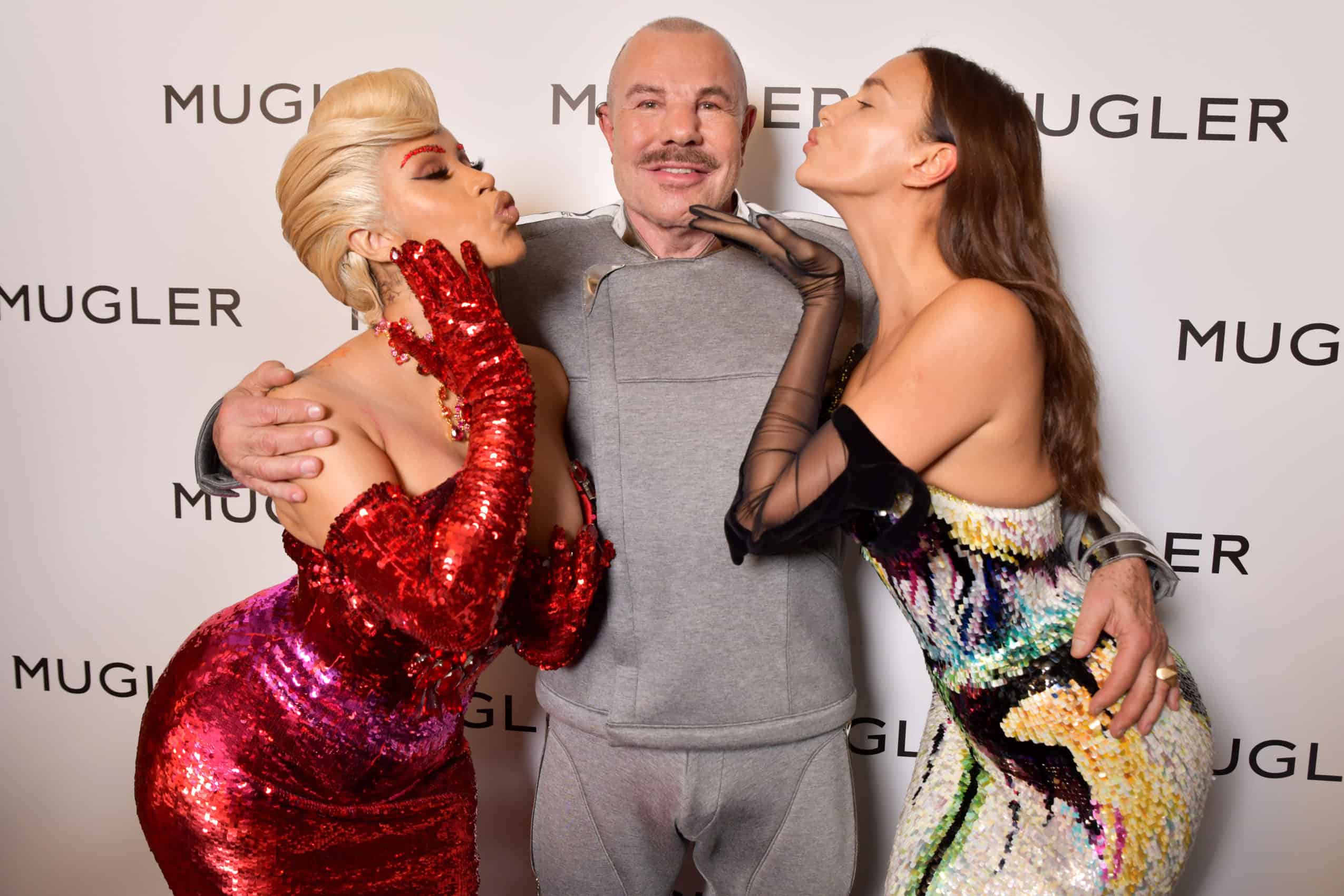 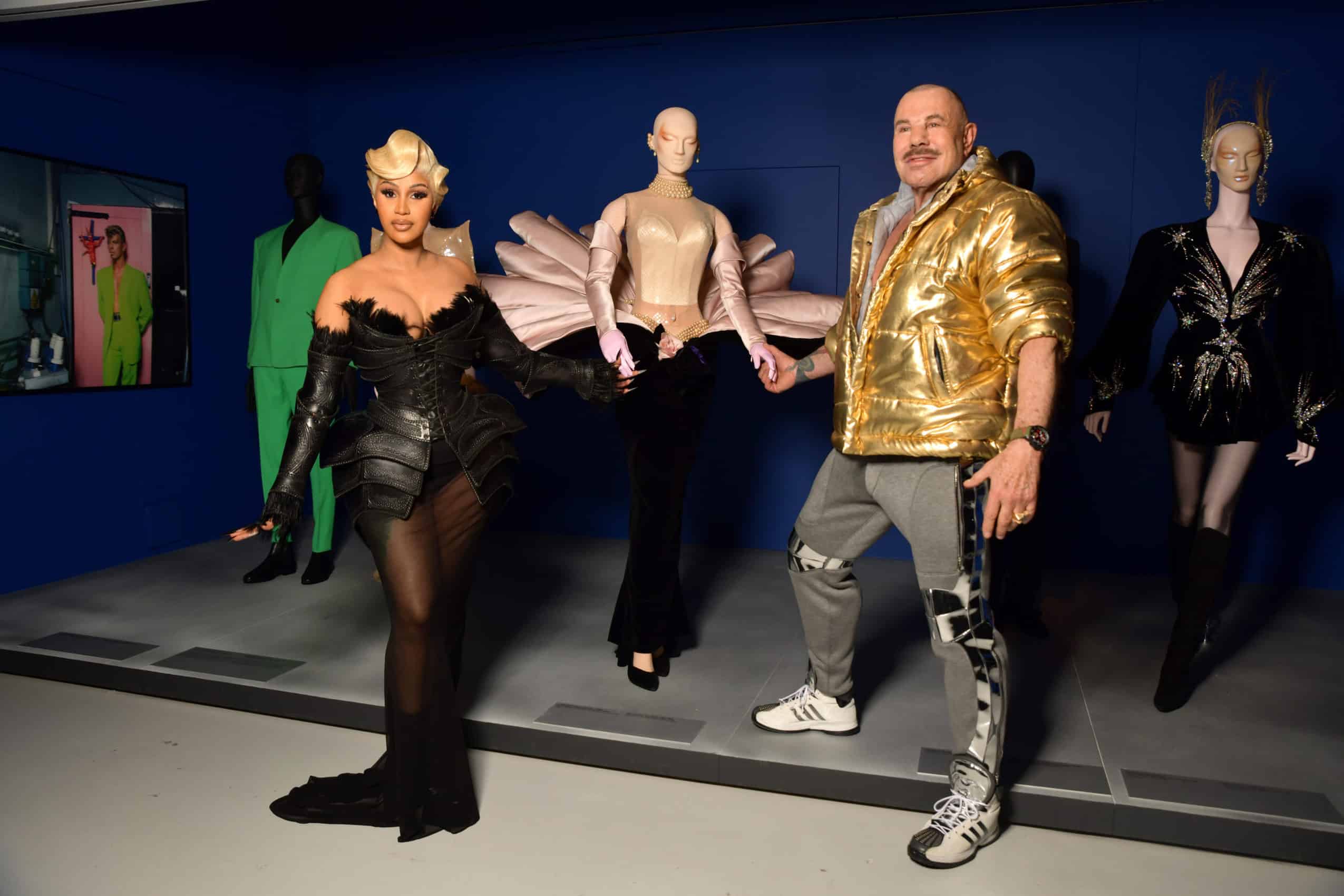 For the latest Dior spectacle, Maria Grazia Chiuri paid homage to one of her predecessors, former creative director Marc Bohan, and his influence on the swinging style of the 1960s. Dior collections are known for comprising as many as 90 outfits, so what felt fresh and novel was how the maison presented the 88-look Spring Summer ’22 offering. Today’s show space took a leaf from the pages of legendary Roman nightclub, the Piper Room, with a vividly colorful dance floor and live music that spoke to the overarching theme of the free love era. Models filled the stage all at once and took it in turns to take their walk towards the audience and photo pit in pieces that harked back to Bohan’s ‘Slim Look’ collection, rendered in Piet Mondrian hues of green, yellow, red, and cobalt. As for what caught our eye? The disco ball flats with lace-up ties around the calf, fringing on a top that was actually made of intricate beaded daisy chains, and silk coord sets that looked like what you’d get if you teamed a bowling team’s shirt or bomber jacket with a heavyweight champion’s boxing shorts. Further rounding out the nostalgia-tinged collection were sixties staples like tank top minis, Peter Pan collar coats teamed with matching dresses underneath, quilted macs, short shorts, and lots of Mary Janes. Ensuring the first day of PFW didn’t begin without the glamour we’re accustomed to, the closing gowns and chandelier-fringed mini dresses upped the ante and wrapped up the collection nicely. Some, even with literal bows on them.

Whomst is Anthony Vaccarello’s woman and where is she gainfully employed? Of that, we’re not sure, but we do know that he catered for his devout fans with a workwear offering of sorts. Ruched silk tops that would make Grace Jones proud, boxy borrowed-from-the-boys blazers and blazer dresses that have never looked so sexy, corduroy jumpsuits with power shoulders, Spandex unitards, and villainous driver’s gloves in shades of pillar box red and royal blue. His show notes read that he was inspired by Yves’ muse Paloma Picasso, a designer and the daughter of Pablo, and her masc-meets-femme “tough glamour” aesthetic. We did see one image of a topless model with her YSL clutch tucked into her jeans waistband doing the rounds on Twitter accompanied with the caption “?????”—but all things considered, it was a hot take on the era’s styles that have prevailed and a lesson on how to make them work for now. And the tucked in clutch was a reference to an old paparazzi pic of Picasso that he found in the archives. We’re not mad at it! The disappointment? After seeing such strides in terms of size inclusivity on the New York runways, one wonders how casting agents in Paris are still turning such a noticeably blind eye.

Koché’s Tinder logos and fuzzy bedroom slippers are the moment… 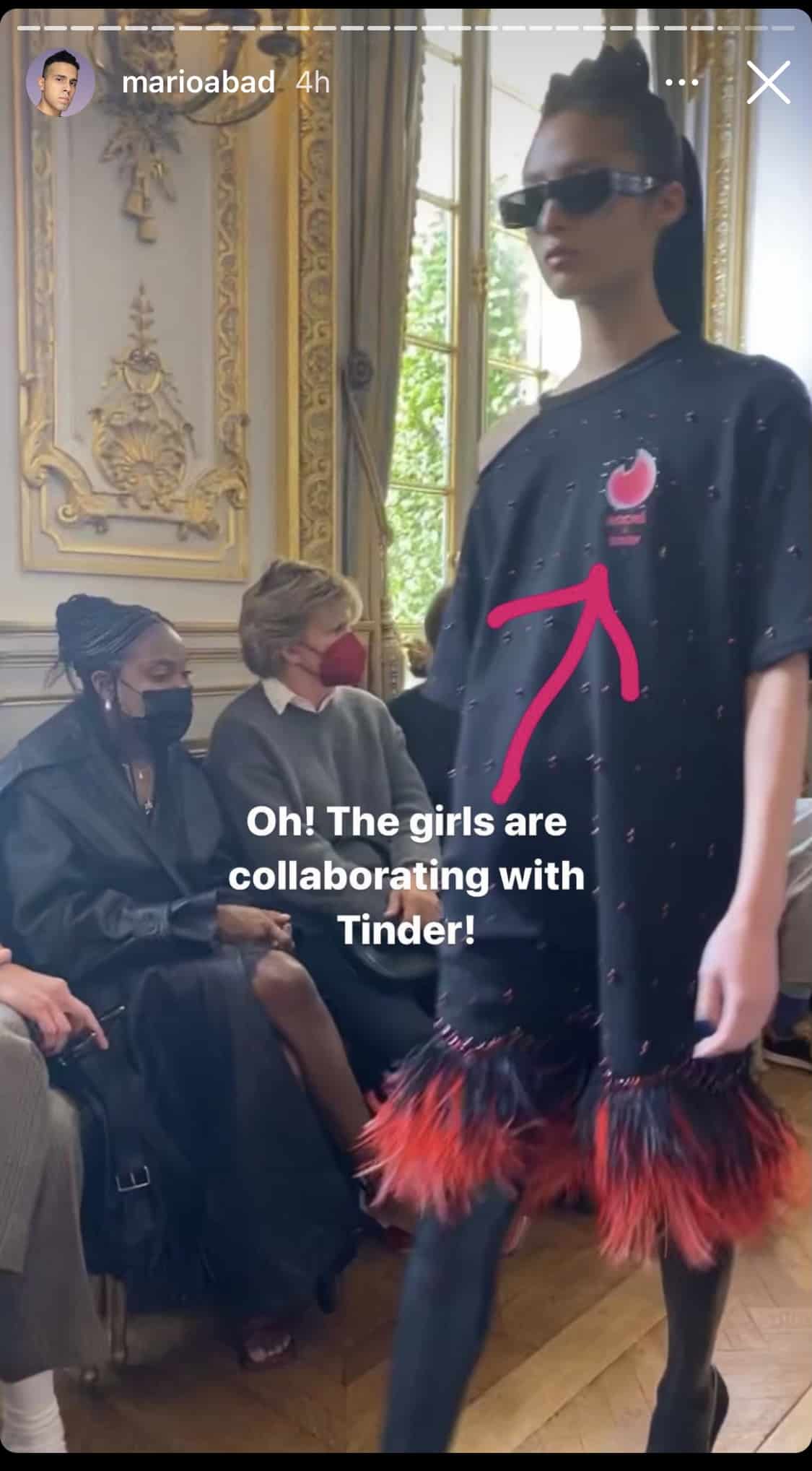 ALPHX, A New Line Of Men’s Underwear, Launches With A Twist