Get to Know Miss Velvet, The Singer You Must See Perform This Weekend in the Hamptons 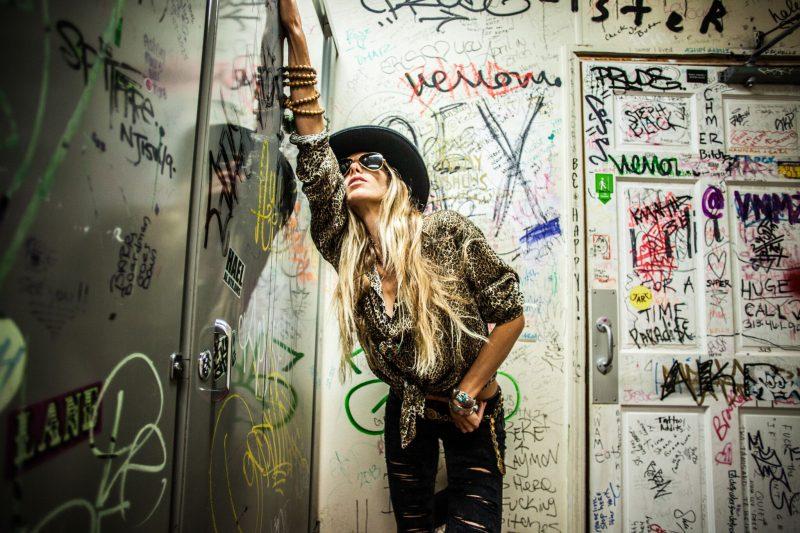 It’s the final weekend of summer, and what better way to wrap up the season than with a jam-up at Stephen Talk House and Surf Lodge? This weekend, singer Miss Velvet and her band The Blue Wolf are heading out East to perform at both destos—Stephen’s Talk House (Sunday, September 3) and Surf Lodge (Monday, September 4). Here’s everything you need to know about the singer, her sound, and beyond.

How did you get the name Miss Velvet?
Since I lost my father, I traveled a decade-long road that wound its way through many personal challenges and discoveries—at times it felt almost psychedelic, like some seductive serpent was leading me down a path of experience. I lost my voice because I lost who I was. When I realized the route I was on was an illusion, I was able to take a turn towards finding my truth. Now, my life journey is directly connected to the development of my truest voice, meaning its metamorphosis into an instrument which conveys my deepest self. I’ve had unconditional love and support from my mother and sister during this time and from my incredible music mentor Constance Hauman, who helped me discover what strength my honest voice had. I found self confidence, inner power and my authenticity. All of this led me to discover the concept of Miss Velvet, where I am free to express myself with no boundaries.

When did your band Miss Velvet and The Blue Wolf officially get together?
About three years ago. During the three years this band came together, we were jamming a lot and playing whatever shows we could get our hands on. The style of music we were creating began to bubble to the surface like a can of soda that someone had just shaken and then tried to slowly let the air out—it was ready to erupt. Plus, I trusted mysel. I already had that taste of people in the industry telling me a certain way to “be” or “ to act” or even the way “to sing.” It really takes inner strength to surround yourself with people–especially your band–that have you best interest in mind. It’s tough to nail but when you do find those people, it’s truly remarkable. I try to find a balance between remaining open in my soul and heart so that creativity can flow and also remain aware of people’s  projections that need to be filtered.

How do you describe your sound?
We are an eight-piece rock ‘n’ roll funk band with a juicy brass section. We had a writer once describe our sound as “if the 70s band Chicago and Led Zeppelin had a baby with Janis Joplin.” That was a pretty radical comparison!

Will this be your first time performing at Stephen Talk House?
Yes and we are super pumped to perform there. This will be our third year performing at Surf Lodge, but our first time playing back-to-back with one of my personal heroes, Charles Bradley. We are really psyched to be closing out Surf Lodge’s 10-year Anniversary Party during Labor Day weekend. Jayma Cardoso, owner of Surf Lodge, has been a huge supporter of our band and our sound and we are grateful for the belief she has in giving new artists the opportunity to get heard—not to mention you also get to hear major artists like Gary Clark Jr. and Willie Nelson up close and personal.

What are you working on now?
We are gearing up for the release of our debut record “Bad Get Some,” which we recorded in Detroit’s iconic United Sound Studio. We are locking down some dates in the fall through next year to tour back in Europe and the States to promote the record. We have also started new jams for a second record!

The Lowdown on The Element Exchange Program