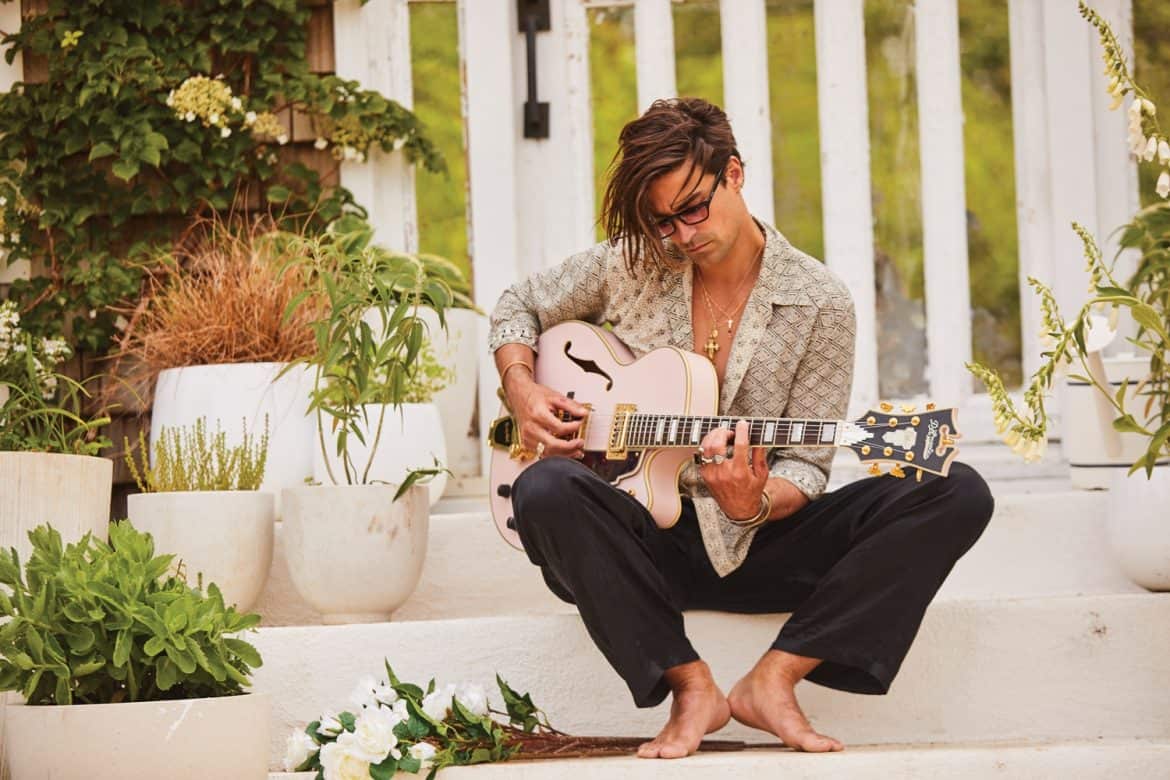 One of the most likable and easy-on-the-eyes Montauk staples is Oli Benz, who is synonymous with good times at Surf Lodge. This summer, he’s releasing his first single, “Rhythm Romance,” which is out now. He tells us how he spent his time in lockdown and what to expect this year.

You come from a family of music. Tell us a little bit about your upbringing.
I’m from a small coastal Australian town, Noosa Heads. My father was a jazz musician, so I grew up learning reed instruments and playing worship music in church from a young age. Music has always been a part of my life, and I believe it will be something I instill in my home as a parent now, too. There’s something special about a home filled with music.

Was ending up in the music world inevitable for you?
It wasn’t ever a goal, but music kept chasing me. I’ve tried a lot of other things—modeling, acting, dancing—before arriving to this moment.

What music did you grow up on?
My parents listened to strictly worship music, Christian, indie, and jazz. I discovered alternative and punk rock in high school. To this day, the Ramones, Blink-182, Coldplay, Foals…are still some of my biggest influences.

What eventually brought you to the States?
A modeling contract is what eventually lured me to New York. But realistically, [wife] Sasha had made a decision she wanted to live there and chase the dream, so there was no turning back after that. 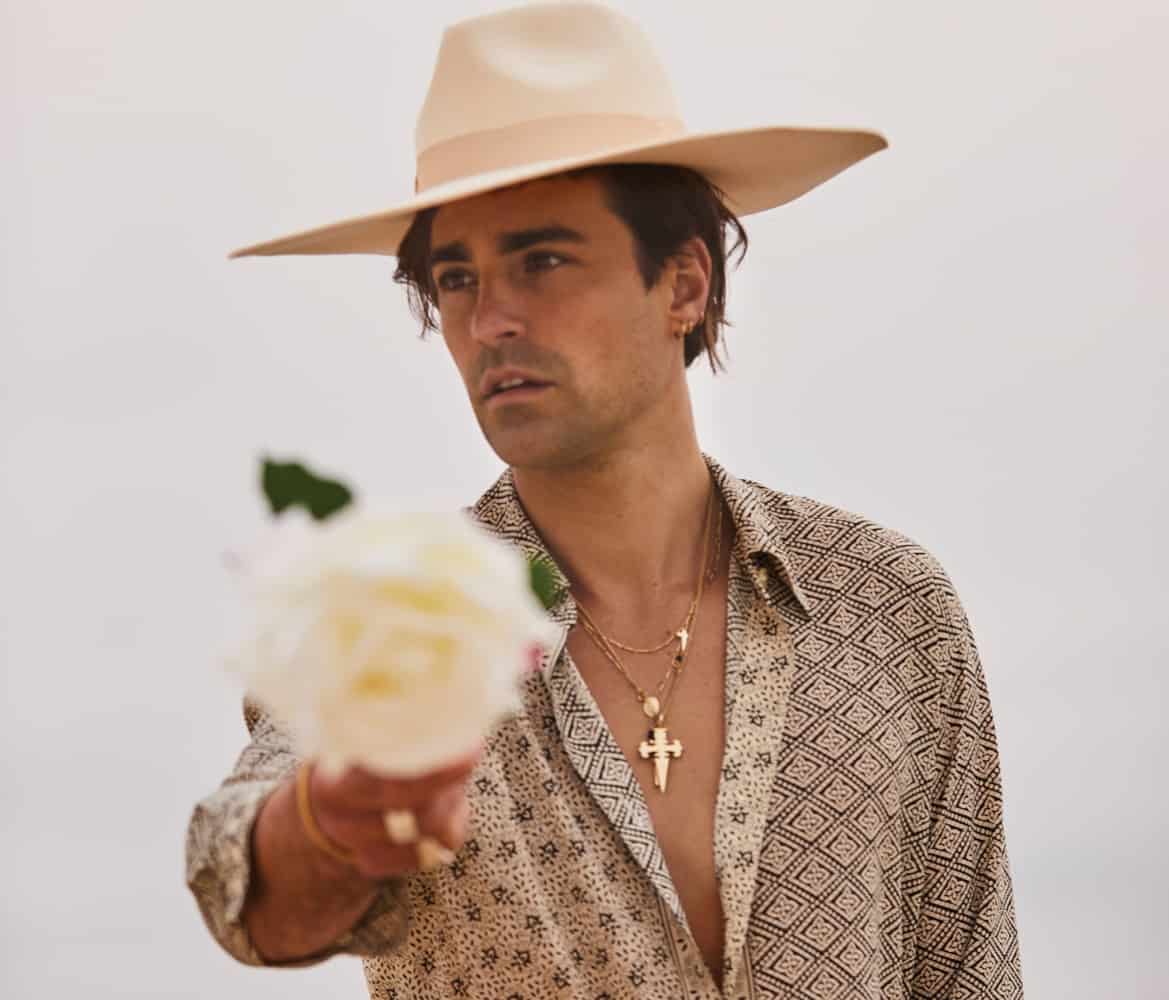 What were some of the highlights of modeling?
It was the ease of the job that I loved. It paid the bills during the day while I could explore my creative side in music at night. It also introduced me to so many important people and friends in my life—there’s such a crossover in the scenes of fashion, music, and nightlife in New York.

How did you meet Sasha?
It is a pretty wild story, actually. About 14 years ago on Halloween, Sasha was dressed up as a bride from hell, and I was in a Zorro mask. I started to make quirky small talk with her at what was a raging party. Almost moments later, an older couple approached us and said what a gorgeous pair we made. In a cheeky drunken reply she said, “Well actually, we’ve been married for years and have two kids at home.” We proceeded to fabricate this whole life together with kids’ names and ages, and just blabbed on and then kind of stumbled away and that was that. About two years later, I was introduced to Sasha through my best friend at the time, and we instantly hit it off and started dating. About six months in, we had a standard fight, and as a semi half-joke I said to her, “Never mind, I have already met the girl of my dreams, the bride from hell!” Her face went white. I realized then and there that she was that horror bride from the Halloween party! 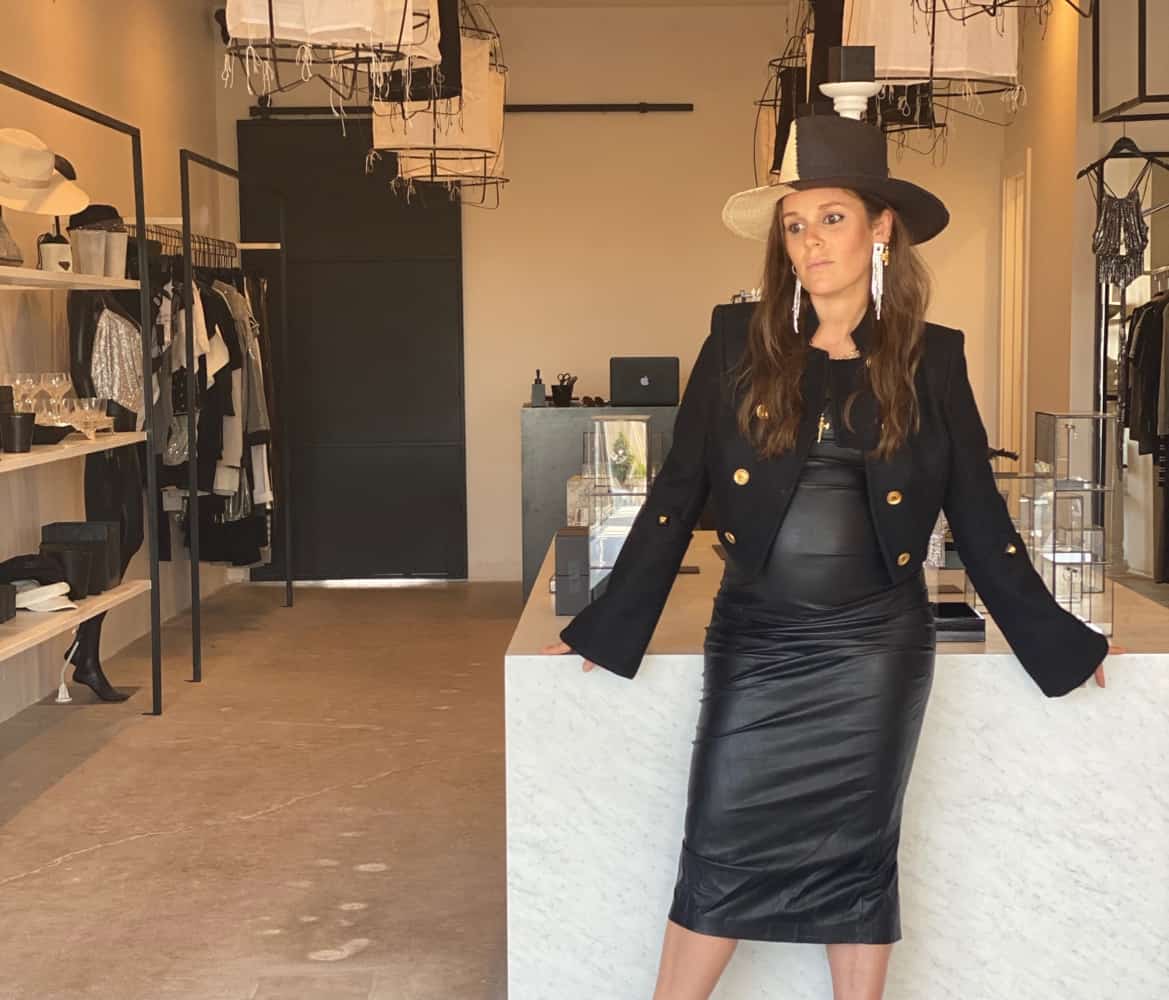 Hilarious! When did you first start coming to the Hamptons?
Many years ago, we were living in New York City and I knew I needed to escape the city life and find the ocean. So we would come to Montauk on the weekends as we heard there were consistent waves. Eventually, I discovered the local culture out here and couldn’t get enough. It reminds me of island life in Australia.

And now you’re releasing your first single this summer.
“Rhythm Romance” is a love story between someone’s soul and the power of the rhythm of music. It’s house-pop, so it’s got just the right amount of groove and is a great soundtrack for summer.

Why was it finally the right time to release a song?
I wrote the song last year, so I’ve actually held on to it for a while. It’s such a strong one that I just kept coming back to. It’s a blend between my heritage and past influences mixed with the music I love to DJ. I’ve also got a disco edit coming out at the same time as the original, both of which I love the same.

How will people be able to find it?
All your main music streams—Spotify, Apple Music, and YouTube.

What does your son, Rhythm, think of the song?
He loves it. It’s something we share together, listening in the car or in the backyard on a beautiful day. He understands his name is in the song, but I don’t think he realizes yet that his dad actually wrote the song. 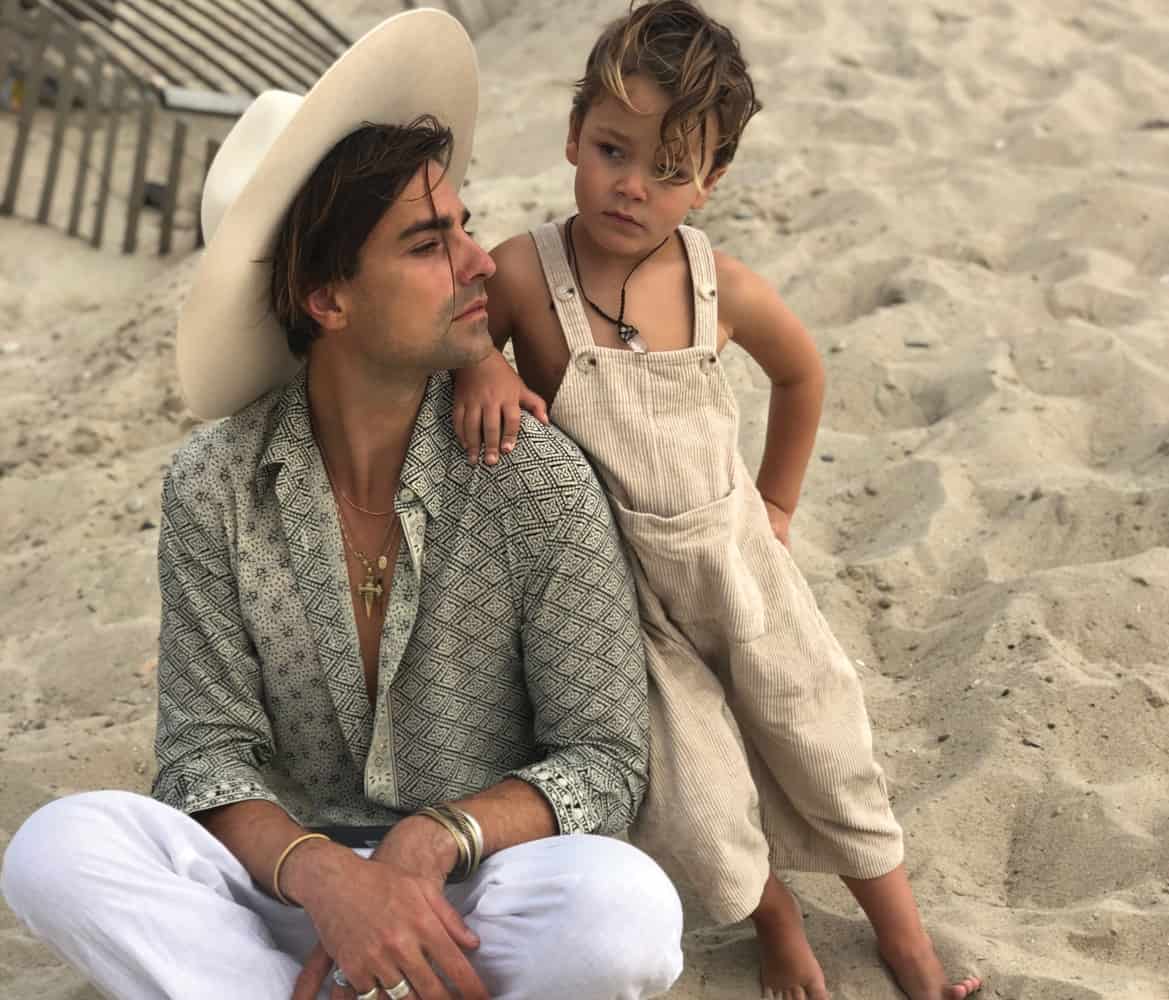 Will you be touring?
I’ve given ear teasers by playing it at Surf Lodge’s Memorial Day virtual concert, and I will, of course, be playing it everywhere this summer. Maybe touring is my next project?

What do you think Surf Lodge will be like this summer?
I think it’ll be different but totally awesome. Think tranquil hotel vibes on a quiet island in Greece. I highly recommend staying and or just eating there—if we can get that far.

Where did you spend quarantine?
We’ve been home in Montauk, and the kids had no idea. We had just arrived home after four months of consistent travel, and were ready to bunker down and be quiet at home. So things didn’t really change much for us. Those months are usually quiet anyway as we gear up for the summer.

What did you learn about yourself during that time?
Probably that I thought I could live like that for a very long time. We’re so comfortable at home and spending time together as a family. I realized that when it comes down to it, hanging out and socializing with a group, even if it’s just your family or your five closest friends, is super important and sometimes all you need.

This is going to be a summer unlike any other. What are you doing to make it as normal as possible?
We will have people over to the house for afternoons and dinners in the backyard. I still get to play live music from the studio, and I still get to surf. So in some way things are as normal as it gets. It’s nice to bunker down and keep focus on what’s next.

The Streetwear Version of Rent The Runway Is Here

Watches of Switzerland Is Coming To The...

Get to Know Miss Velvet, The Singer...