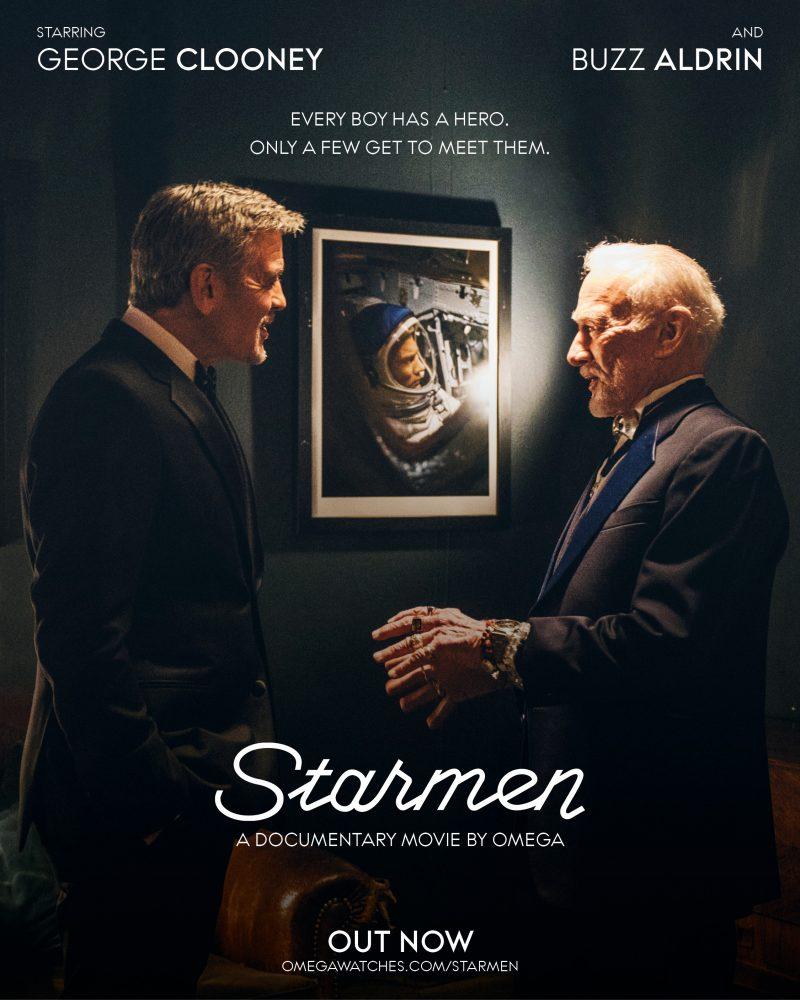 In case you didn’t know, yesterday was Moon Day, which commemorates the enormous historical event when Neil Armstrong and Buzz Aldrin landed on the moon. Omega happened to provide the watches that both Armstrong and Aldrin wore on the moon that day and to celebrate the event, the luxury watch brand created a film called Starmen directed by Richard Bullock that features flight enthusiast George Clooney and Aldrin taking in the historical moment over popcorn in the theater (but in true Hollywood style, Clooney never touches the popcorn).

The entertaining short film shows Clooney and Aldrin looking at the watches first worn on the moon and discussing their perspectives on the historic moment. “When you’re on the moon it’s always good to know what time it is in Houston, Texas,” said Aldrin of his trusty Omega. Clooney was an 8-year-old kid when Aldrin first stepped foot on the moon and remembers being glued to the TV set. “We ate space food sticks and drank Tang,” said Clooney. The two men also discuss “groundbreaking” moments, such as Aldrin being the first man to pee on the moon.

In the film, Buzz shows off his quirky fashion sense wearing not one, but two watches (one for each wrist), multiple bracelets, a gold ring on each finger, a Medal of Freedom, and a metal bowtie. The most interesting part of the film? It turns out Aldrin’s mother was born the year the Wright brothers flew the first plane. And her maiden name? Marion Moon. From birth, Aldrin’s destiny was written in the stars.