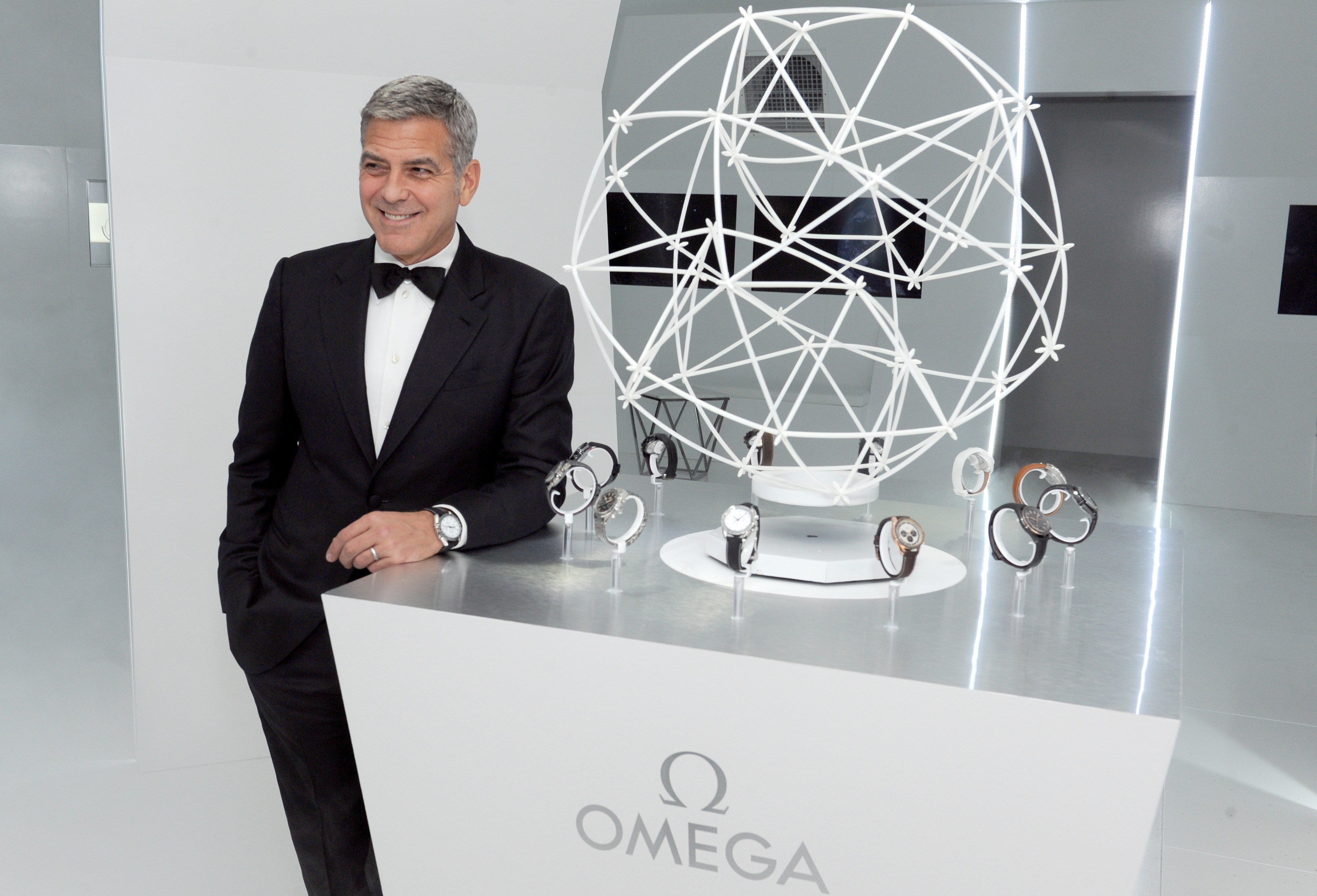 “I can’t wait to meet these heroes,” George Clooney said, pointing toward astronauts James Lovell and Thomas Stafford. “And I hear they can drink pretty well, too.” Clooney, along with Omega, brought out nearly 300 jetsetters to Houston, Texas last night where the watch megabrand had taken over the city. Pourquoi? To celebrate the 45th anniversary of the Apollo 13 mission and the astronauts who were on the 1970 mission, were all sporting Omega timepieces, otherwise known as the first watch in space.While most of the guests had luxe horlogerie on their mind, Clooney remained awestruck of his astronaut dinner guests. “It’s like taking a ’57 Chevy to the moon and back, and I can’t believe you guys did it,” he continued to gush, between courses in the Bureau de Betak-produced space, which was outfitted to look like the moon.While Clooney’s wife, Amal Almuddin Clooney, did not make the trek to the Lone Star State, he was joined by the stars of the new ABC series The Astronaut Wives Club, plus Yvonne Strahovski and JoAnna Swisher, along with Texan socialite Lynn Wyatt, who famously had Chanel’s Dallas collection dedicated to her. “I mean, it’s amazing; watches and George Clooney,” Wyatt said at the evening’s close. “How could you go wrong?”

The scene at dinner