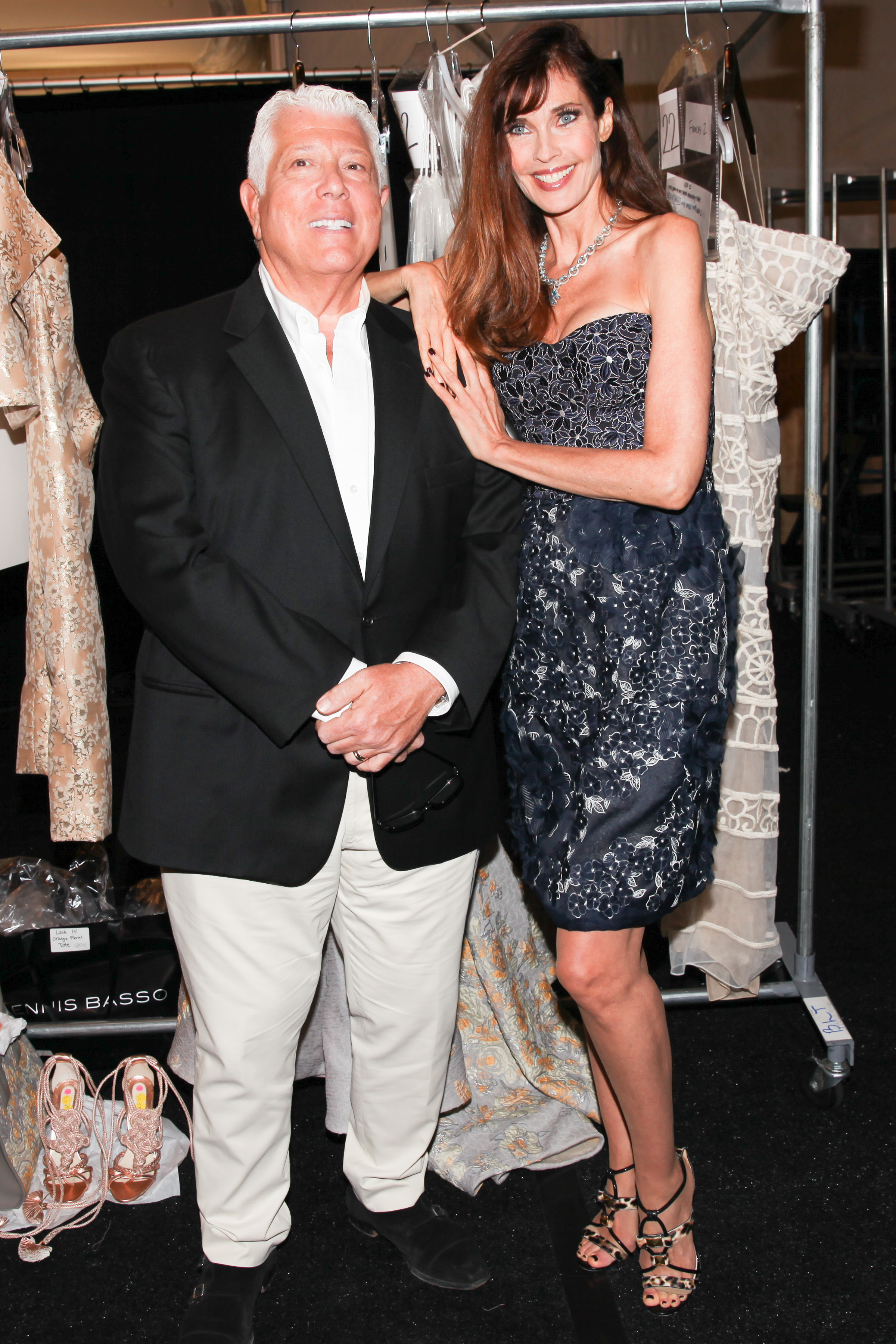 Dennis Basso began his show at Lincoln Center with a moment of silence for his longtime friend, Joan Rivers. A touching tribute, for a gorgeous collection!

So nice of you to dedicate the show to Joan.
She was at my very first show and probably in the past 31 years, she was at 80 percent of them.
What a show!
It was packed to the rafters!
Let’s talk collection.
It was inspired by the ’60s and the Mediterranean capitals of resorts.
Do you wear short shorts?
I wish I could! I wear some underneath my pants. I’m a tighty-whitey guy.

Romance! With Ivana Trump…
How do you know Dennis?
I’ve known him for over 30 years, and he opened a boutique the size of my bathroom.
What’s a typical day like for you?
I’ve been in Europe, because I have a home in Saint-Tropez. A typical day is going to the beach, lunch with friends, take a break, then I go for dinner and parties. My Yorkie, Tiger, comes with me everywhere, and my two housekeepers take care of me. One of the boyfriends is always around, too!

And…Cut! With Carol Alt.
What are you filming?
A comedy called Stealing Chanel. I play the wife of a Russian mogul who is getting divorced. There’s a scene with a show in it, so I called up Dennis and he was gracious enough to let us shoot backstage.
Who’s producing it?
I haven’t even gotten to that! I haven’t signed my contract yet, but we had to take this opportunity to film at Fashion Week.