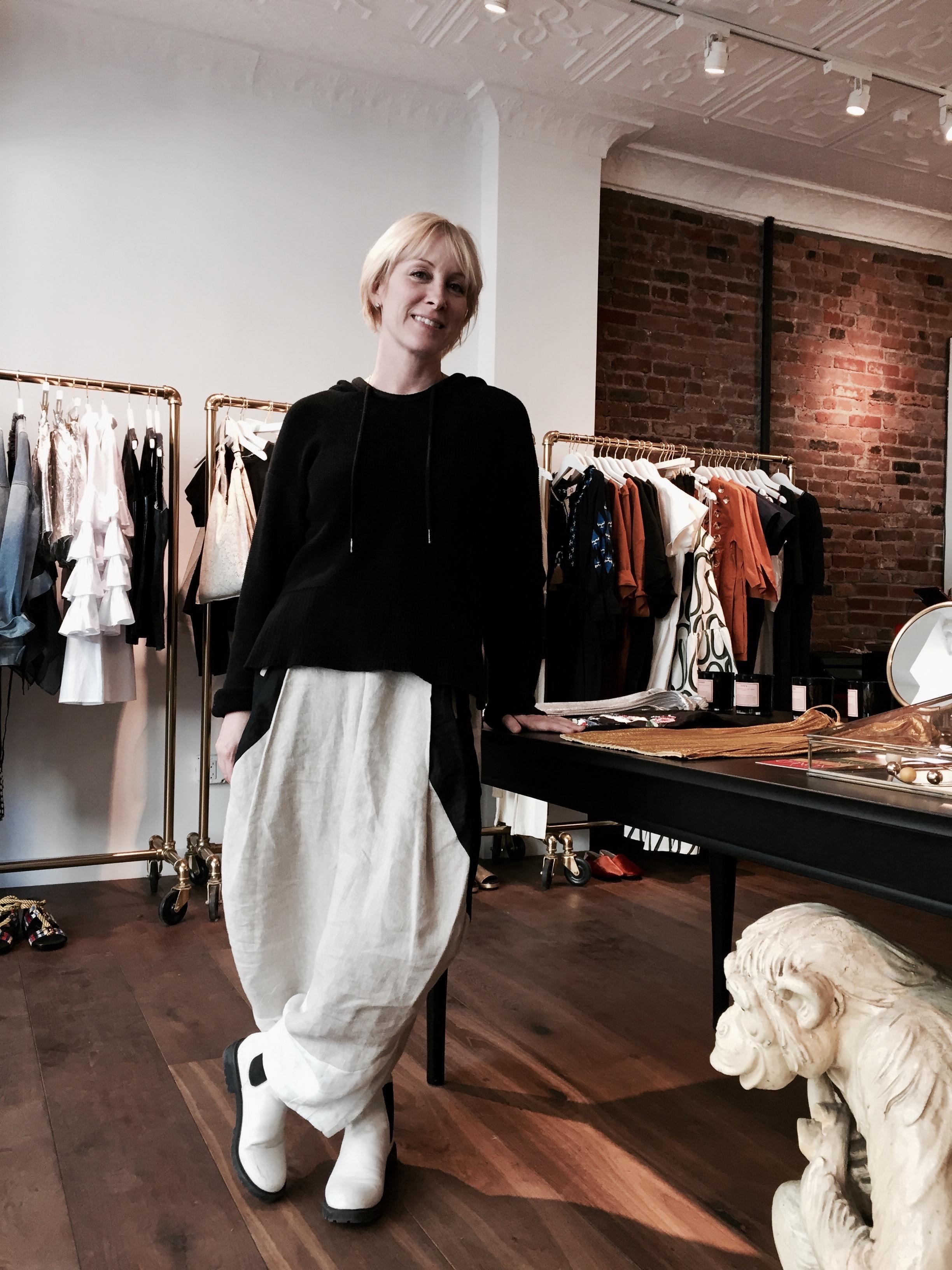 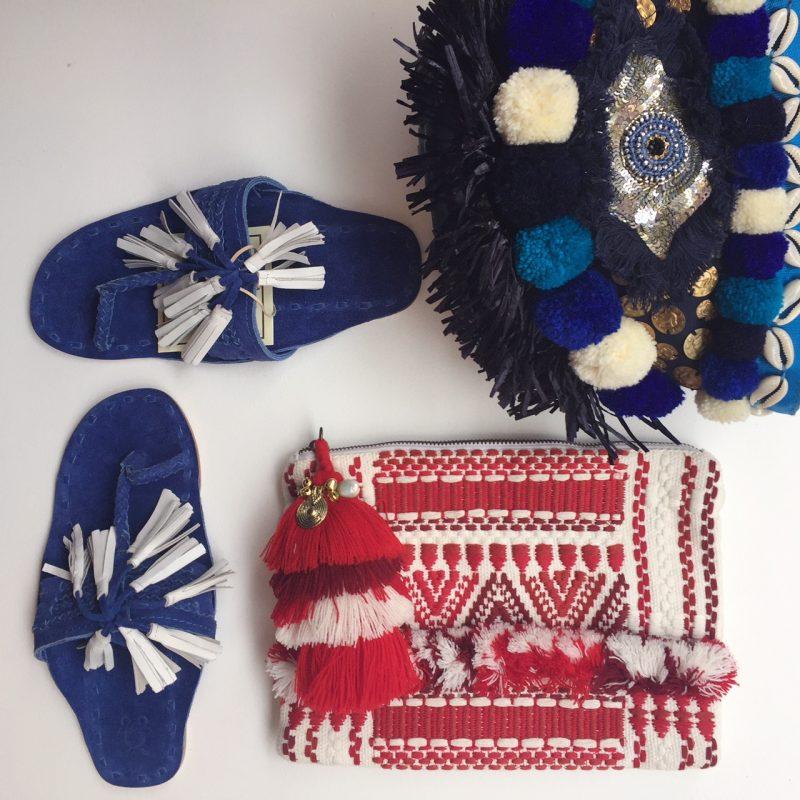 If you’ve been living in New York City for over a decade, you might remember Stacia Canon‘s chic MePa boutique Dernier Cri. Stocked with the coolest “it” brands of the early aughts (including Ksubi, Tsumori Chisato, and early 3.1 Phillip Lim), the boutique was crowded out by larger retailers. Canon took a pause for a much-needed jaunt to Italy, followed by marriage and motherhood. Now, the pioneering boutique owner has opened up shop again, this time under her own name. Canon NYC is located at 150 Sullivan Street, and it’s stocked with the well-scouted statement pieces that make Canon’s so curation unique. You’ll likely encounter a few brands you’ve never heard of—even in the internet age! Canon fills us in:

Stacia, how long did you have Dernier Cri?
We opened in 2002, and closed at the end of 2008. Back then, the motorcycle guys from Hogs & Heifers would park their bikes outside and even help me hang the mannequins. They loved being yelled at by women—I mean, that’s why they went to Hogs & Heifers in the first place. The transvestite prostitutes would occasionally run into my store and hide from the police. This was before places like Scoop, Alexander McQueen, and Stella McCartney. DVF was years away. There were actual meatpackers [located] directly across the street when we first set up shop. It went from prostitutes hiding in my dressing room to Heidi Klum breastfeeding in my dressing room [laughs].

What drew you to the neighborhood?
All of the photographers and artists were moving there because the rent was cheaper and they had bigger spaces. Restaurants and bars were starting to pop up, and I knew retail was next.

What kind of brands were you buying at the time?
Development, when Phillip Lim was designing it. Then we bought his own line, once he started it. We also carried Tsubi, which is now Ksubi. We were also carrying Tsumori Chisato and Jerome Dreyfuss. We had a lot of brands that were new at the time, but are very big now.

What ultimately made you decide to close up shop?
The Meatpacking wasn’t zoned for residential residences, so it was really no-holds-barred with their community board. Anyone could build, build, build, build and go crazy. So that’s what happened—the hotels and everything started popping up. It was interesting to see it happen to such a Wild West kind of area, but it ultimately, it was a feeding frenzy and it drove the rents up really high. Soho, where Canon NYC is now, has a very strong community board. They’re very tough about letting any new liquor licenses out—if they don’t like you you’re not going to survive. Ultimately, what happened was that the bigger designers and labels were offering the smaller boutiques like mine money to move out. I got in at $60 a square foot, and I was bought out for over $300 a square foot. I had no partners, and I was tired. I just wanted to have a family and chill out for a while. It was right before the recession. Everything crashed the week after we signed the deal. I took the money and ran to Italy!

What did you do after that?
I got married and then settled down and worked in e-commerce for a little while for a brand called Open Sky. It was a crazy start-up. It was the kind of thing where it was like dance as fast as you can and then we’re going to change the whole thing and start over—I was brought on by Talya Cousins, who was formerly at W magazine, to head up the fashion division. But then we realized we were marketing to a customer whose priorities were more about food, or she wanted a handbag for under $90, which was definitely not in my Rolodex. But ultimately, I got the itch to jump back into retail.

How is Canon NYC different from Dernier Cri?
The ethos is really the same: It’s about unique pieces with more of a quiet singularity, only because I’ve grown up a bit since then. Dernier Cri was a bit more rock n’ roll and editorial. This is definitely a bit quieter, but it’s still for a girl who marches to the beat of her own drum. We have a lot of customers who are young mothers but don’t want to wear mom gear. But we have clients of all age ranges. I’ve sold the same dress to a 25-year-old and a 60-year-old.

What is the price point?
Anywhere from $150 up to $850. Fall is a little more expensive, because of the price of outerwear.

What kind of brands are you carrying at Canon?
We’ll be carrying Jerome Dreyfuss again. We’re also carrying Trosman, which is now JTBYJT—they’re out of Buenos Aires. We carried them back then and we carry them now. They’re huge in Argentina and pretty big in Europe, but no one knows them here. She’s a genius. She’s worked with Rick Owens and she’s really, really talented. I want everyone to know who she is. We’re also carrying Asli Filinta, which is by a Turkish designer from Istanbul. She used to work with me in my store, but moved back to Istanbul when we closed and started her own line. She’s huge in Asia. She’s really whimsical and fun. We also have this brand called Wonder Anatomie by this guy from Thailand who makes bomber jackets with his own custom prints. We have one made out of his custom designed Goth toile print. A friend of mine in Paris recommended him. Then, of course, we have all of the brands that everyone knows like Whit, Markus Lupfur, and A Piece Apart. But my goal was to have a lot of brands that you couldn’t easily access.

Why did you choose Soho for the new location?
When I first moved to New York, I lived on Thompson Street, but also, my grandparents got married at St. Anthony’s church across the street. The basketball court in Soho down the street from our shop used to be a theater owned by my grandparents. No joke, it was called the Fugazy theatre [laughs]. They were Italian-Americans. It had an orchestra pit, because they used to show films during the silent film era. Unfortunately, they had to sell it to the city in the ‘30s. My father grew up on Washington Place and my grandmother grew up on Bleecker Street. I was raised in Miami, but ultimately, I came back to my roots.

Rick Owens Is Bringing Back JNCOs —...

Has Rick Owens Lost His Edge?