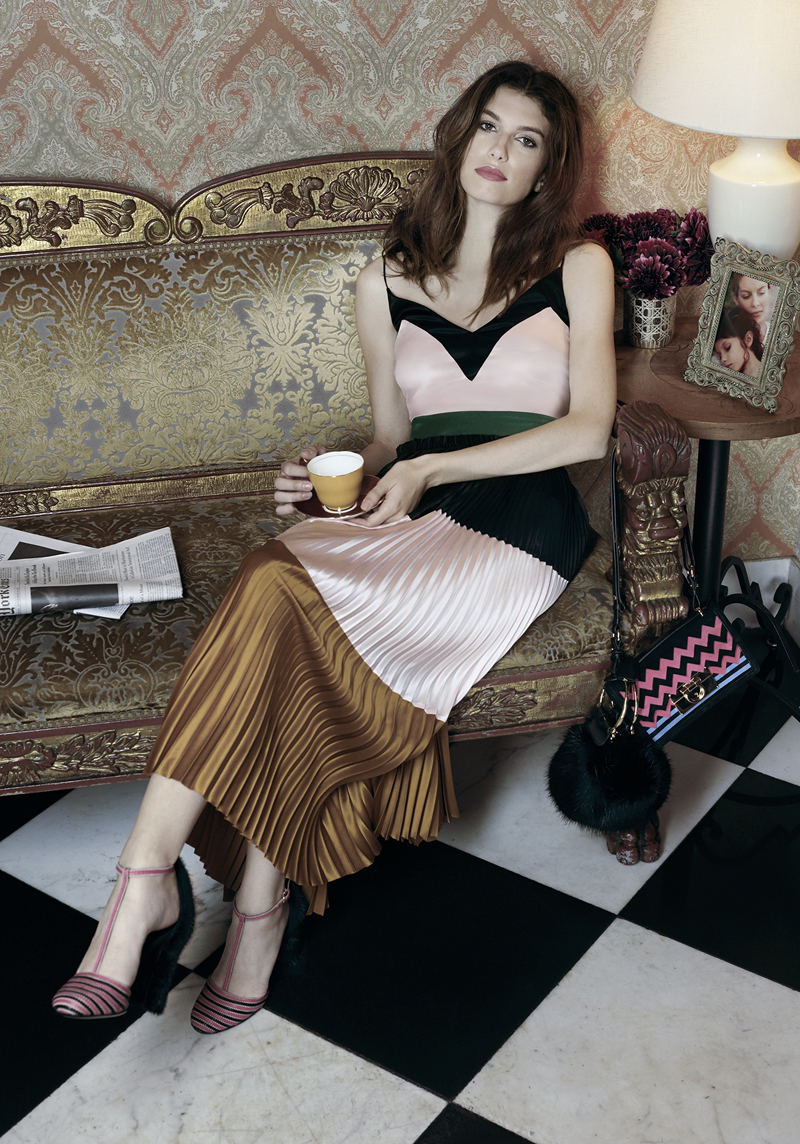 Ferragamo is celebrating its ready-to-wear e-commerce launch with a campaign featuring Rose Gilroy, daughter of actress Rene Russo and director Dan Gilroy. Gilroy is following in her mother’s footsteps by launching into modeling (Russo began her career as a model in the ’70s and appeared on the covers of Vogue and Cosmopolitan before starting her acting career). Elite signed the 23-year-old Colgate graduate just two months ago, prompting a move from Gilroy’s native Los Angeles to NYC.

The campaign was shot by Ungano and Agriodimas in a West Village townhouse and was styled by La Marque’s Meredith Melling and Valerie Macaulay featuring handpicked looks by the former Vogue editors including Ferragamo’s trends like striking prints, bold stripes, textured pleats, and color blocking. “The rich colors and mized materials from the season beckoned for layered knits, doubled up clutches and mismatched prints,” said Macauley in a statement. “Fresh-faced Rose Gilroy could not have been a more perfect choice to embody the vibrant spirit of the Fall collection.”

We caught up with Gilroy at an event for Ferragamo’s MTO Tramezza menswear shoe launch earlier this month, where she told us she wouldn’t be pursuing an acting career anytime soon. “It’s good to be well-rounded, and I’m not going into this thinking that everything is just going to happen,” said Gilroy. “You have to really work hard at it. My parents were very good about instilling a good work ethic in me. I feel so honored to be working with a brand like Ferragamo that has so much history. It’s a dream come true, honestly!” Gilroy’s campaign with Ferragamo comes on the heels of a Vogue Mexico editorial and a campaign for Behno. Expect to see much more of this beauty in 2017.

Esquire Revives SPY (But Only Temporarily)

Peter Dundas Departs Roberto Cavalli, How Fashion Is a Victim of Its Own Oversharing