Esquire Revives SPY (But Only Temporarily) 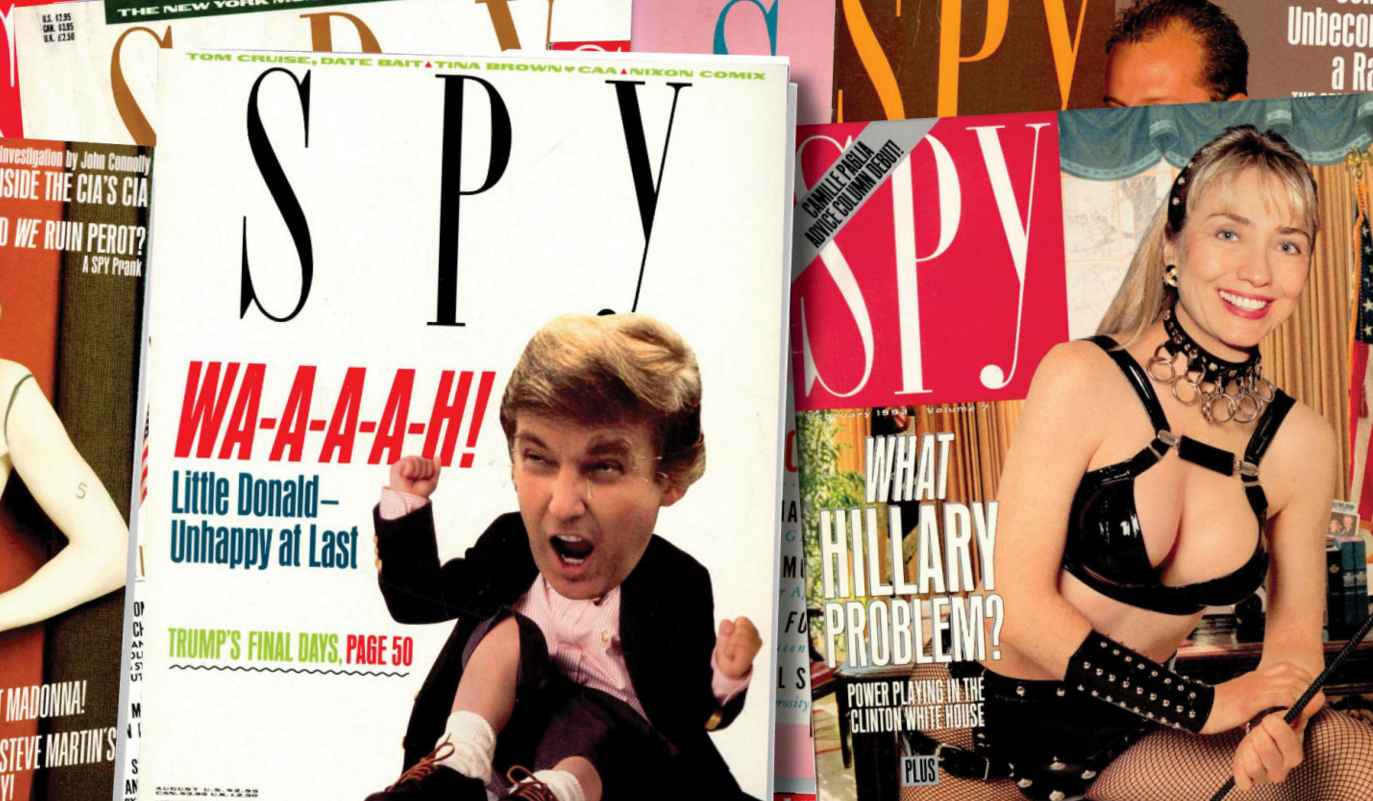 Surprise! Esquire has (sortakinda) revived Spy magazine on Esquire.com until Election Day. (That’s November 8, like you could ever forget.) Jay Fielden is overseeing the project, with counsel from Spy co-founder Kurt Anderson and Hearst Magazines chief content officer Joanna Coles. The 2016 version will be edited by Josh Wolk, former editorial director of Vulture and editor of Yahoo Entertainment. Wolk has enlisted J.R. Havlan, an 18-year veteran of The Daily Show, and Gabriel Snyder, formerly of The New Republic, The Atlantic, Gawker, and the Observer.

Stories include things like Is Trump Genetically Defective?: A medical investigation into the short-fingered vulgarian, A Visit to the Trump Family Gravesite Took a Very Trumpian Turn: What we learned on an afternoon sojourn to Queens, TV Writers Know How to Make Hillary More Likable: If anyone knows how to bump up a character’s likability, it’s Hollywood and Is Donald Trump the World’s Greatest Pickup Artist? An investigation.

The timing coincides with the 30th anniversary of Spy‘s launch. “It’s as if Spy, a retired superhero, is making a brief but necessary comeback,” Anderson wrote in an essay on the site. Some of the original writers will be making contributions to the site and classic franchises and series, like “Separated at Birth” and “Logrolling in our Time,” are set to make appearances.

“I was speaking to Kurt about the idea of doing something new with Spy, and it turned out that it was something that Jay had been mulling over years ago,” Coles said in a statement today. “This is the kind of partnership I love: great minds and incredible brands creating multi-dimensional content that readers are going to devour.”