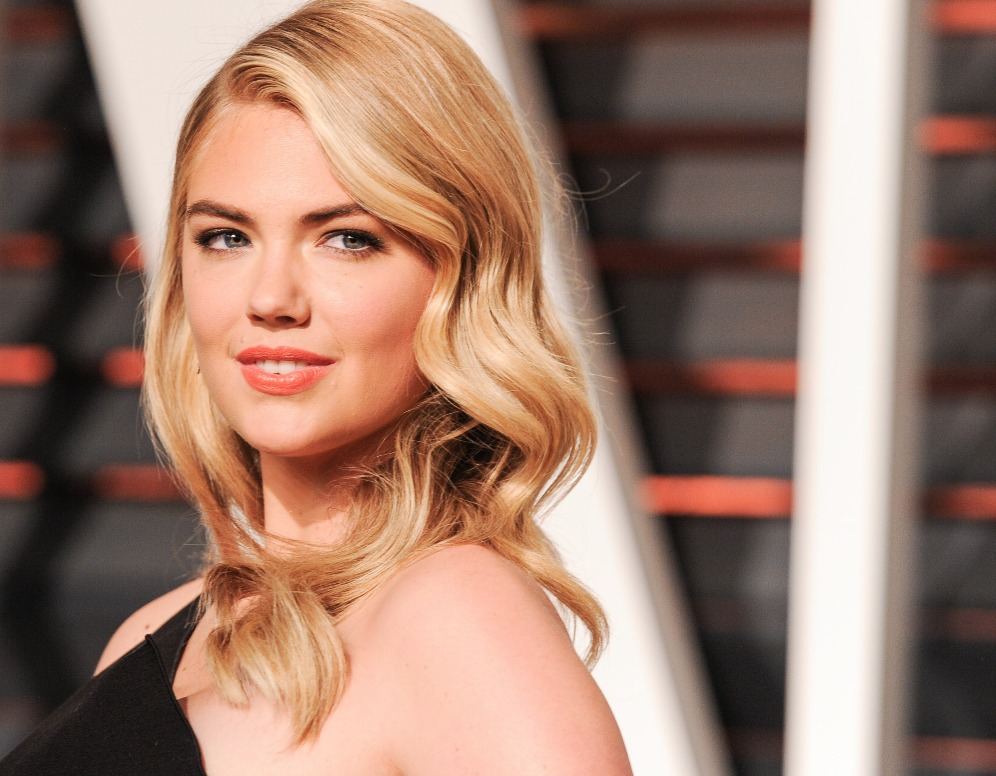 Has any top mod navigated the Internet better than Kate Upton? Famous to her millions of followers even before she became a household name in the fashion world, this 22-year-old stunner has mastered the metrics of online superstardom in a way that feels both authentic and aspirational. Take notes!
BY EDDIE ROCHE

Social media has been instrumental in your career.
It’s a new way for people to have a voice, especially models. Before, it was difficult to be able to know a model—we were interpreted only by what we looked like on a piece of paper, almost like judging a book by its cover.

What was your first social media experience?
MySpace, back in junior high.

Do you still have the account?
No! I was only on it for a few months.

What was your first AIM screen name?
KTCoolness. My horse’s name was Coolio—it’s not that I thought I was cool.

And when did you notice your Twitter account was really growing?
My first year in Sports Illustrated. I signed on in December and the issue came out in February. I went from 300 followers to 5,000.

How did you feel?
The more followers you have, the more the pressure is on!

What is your sharing strategy?
I don’t consider myself one of those people who is always on social media, but I use it in the right way. I can clear up a bad rumor or give my opinion. It’s a piece of my life, rather than just updates throughout the day.

Is there a downside to sharing?
Being unable to enjoy your life because you’re always on it is the bad part of social media. I always used to say that people who are posting too many pictures on Facebook aren’t actually having a good time at the party.

You first became famous on Twitter. What inspired you to join?
Someone on a Sports Illustrated shoot told me I should join because it’s a cool way to share your opinion. The nicest thing about having social media on your phone is you can do it wherever you are.

Do you agonize over what you’ve put out there?
All the time! People are judgmental, especially when they’re behind a computer. I immediately overthink things. My funniest tweets don’t get to be shared with the world because of that! But I’m not good at planned Tweets. I’m more spontaneous.

Thoughts on celebrities who pay professionals to handle their social media?
It’s not authentic or interesting, and you can tell.

Have you deleted posts because of that?
I don’t think I’ve ever taken anything down because of spelling errors—I just let those flow. But it sucks when you want people to enjoy your photos and instead, they’re criticizing your punctuation.

Do you study your followers?
No! It seems like a huge commitment to see who follows you.

Have you ever been surprised by your celebrity fans?
[Laughs] Does the President follow me? I doubt it! I’m always surprised that anybody follows me. I still think it’s cool.

There’s been a big shift from Twitter to Instagram…
I just got on Instagram this year. I was holding out because I like Twitter and didn’t fully understand Instagram. I thought it was just for showing pictures of food, and I don’t post pictures of food. But I ended up getting on it, and it’s so much better. You don’t have to think about what you’re going to say. You can just put an emoji and a cool photo. You also never have to worry about wearing makeup, because you can use filters.

Very good point! Do you read the comments?
Not really. I learned at the very beginning to stop reading them. It’s sad,
because I miss the positive things.

Will Snapchat be the next big thing?
I hope not. Snapchat is so impersonal and confusing to me. I don’t understand it. Why not have a conversation with someone? Why send a two-second picture? I’m also not a selfie person.

What’s your gripe with selfies?
I don’t see the point. I’ll take a selfie if I’m traveling by myself and nobody’s there to take the photo for me, but other than that, I don’t get it.

Any predictions for the next social media obsession?
I’m always a year late to everything. I’m not the person to ask about what the next big thing is.

Do you Skype?
All the time. It’s how I talk to my friends and family.

Any tips for social media success?
I don’t think that Twitter rants and retweeting mean things do any good. That’s not what social media is about. It’s a platform to show people who you are and what you’re about, it’s not about causing a fight.

You’ve done so much since we first met. Do you consider yourself a model or an actress these days?
I enjoy acting and think it’s fun. I’m still in the beginning stage, which is always exciting. That’s my main focus right now, but I still love modeling and I’m still a part of it. Technically, people hire me for “me” these days. So maybe I’m more of a personality actress.

What do you mean?
Once you reach a certain point in your career, modeling is fitting a mold. When you are a personality, you are that mold.

Are you auditioning?
All the time! Putting yourself in a small room and pretending there is an atmosphere around you is nerve-racking, but I like it.

Do you really get nervous?
Yes, but nerves are good! That means you like something.

Any acting roles coming up?
Nothing I can really talk about. That’s the other hard thing about social media these days. Everybody has you locked down. You can’t say anything!

You’ve had a lot of major covers since we last talked. Vogue and Vanity Fair stand out. What’s been your favorite?
My first American Vogue cover. I’m American and that’s the Vogue I always read. It meant a lot to me. I got to work with Mario Testino and Tonne Goodman, who is one of the most amazing stylists. That atmosphere on set is something I will never forget. It was so fun. The final results don’t mean that much to me—it’s all about the experience.