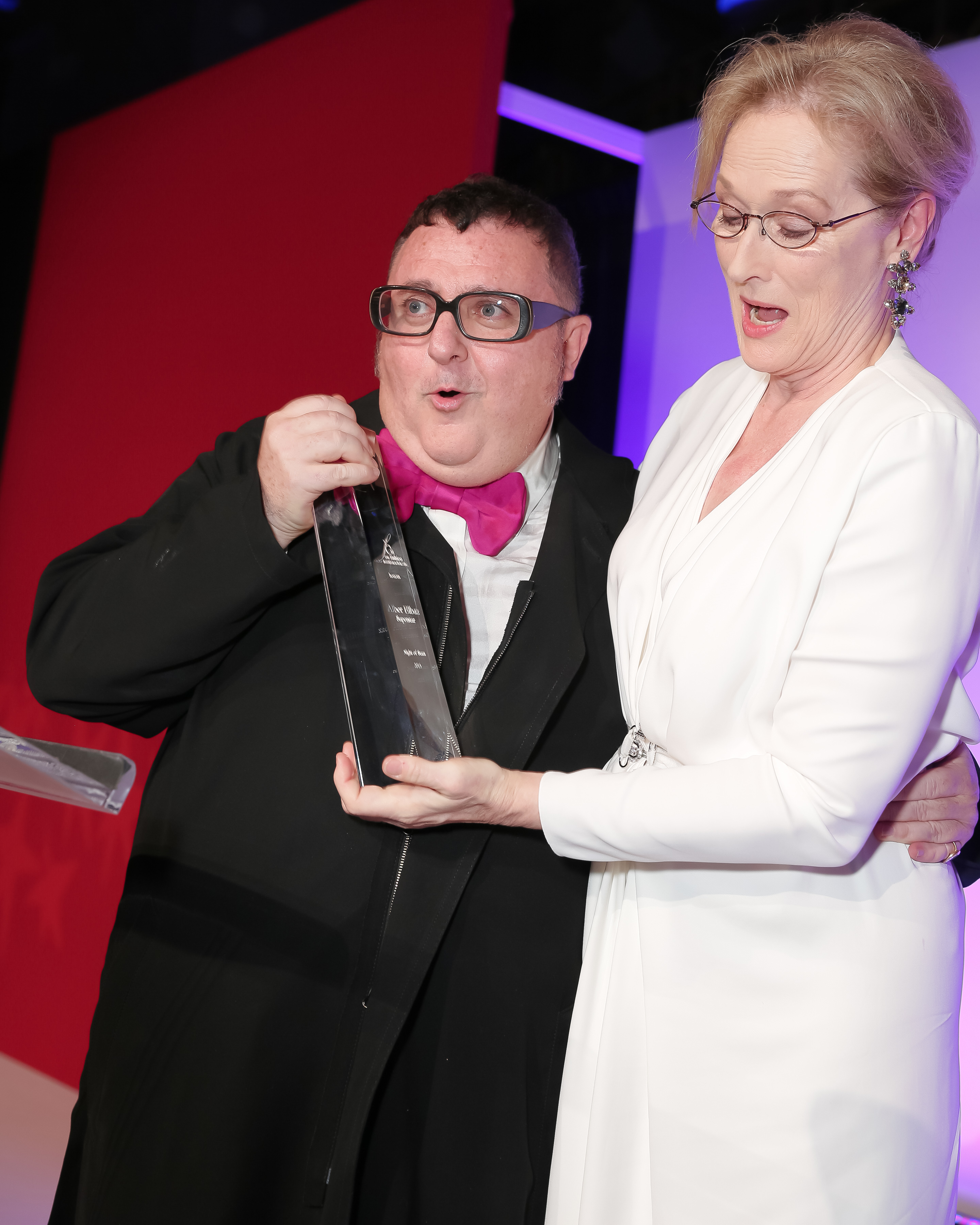 Last night, Fashion Group International’s Annual Night of Stars gala was, per usual, packed to the brim with the leading names in the business, but the night belonged to the ridiculously lovable Alber Elbaz, who received the Superstar honor and had the room in the palm of his hand. But first thing’s first…This year’s black tie FGI event was titled “The Revolutionaries” and returned to Cipriani Wall Street, which has been getting a lot of fashion foot traffic lately, with Monday’s H&M x Balmain show also steps away from The New York Stock Exchange.

The night kicked off with Katie Holmes presenting the Fashion honor to Bruno Frisoni for Roger Vivier and Andrew Morgan presenting the Sustainability award to Eileen Fisher. After dinner, host Simon Doonan came to the stage for his annual mini roast of the night’s honorees before Glenda Bailey presented the Brand Heritage award to BVLGARI’s North America president Daniel Partridge.

“Richard Burton once said, ‘The only word that Elizabeth Taylor knows in Italian in BVLGARI,” Bazaar’s Glenda Bailey said. “BVLGARI makes every woman feel like Elizabeth Taylor.” Other major moments were Diane Kruger presenting the Fashion award to Jason Wu, the Beauty award to Karyn Khoury (which brought out a lively group from Estée Lauder), presented by John Demsey, the Retailer Trailblazer honor to eBay’s Marcelle Parrish, presented by Allison Williams, Julia Nobis presenting the Fashion award to Jonathan Anderson, and the Techonology Innovation honor awarded to PINTEREST’s Evan Sharp and presented by Tamara Mellon.

Nearly stealing the night from Elbaz was a performance from Tori Kelly, who sang her cover of Justin Timberlake’s “Suit & Tie.” (Yesterday she was named the new face of his William Rast line.) Neil Barrett presented Timberlake with the Lord & Taylor Oracle award. After a slightly naughty and slightly hilarious jab at Cipriani’s food, JT pondered, “I’m an oracle? Maybe I’ve watched The Matrix too many times,” he said. “I never imagined that I’d be here with you based on some small influence that I have on how men should dress. Accepting an award for being some kind of oracle, or as our friend Kanye likes to call it, ‘Kanye.’ He knows I love him. He’s so sweet. [Crowd laughs] What’s so funny?”

The final honor of the night went to Elbaz who enlisted Meryl Streep, a longtime Lanvin fan (she was wearing a white long sleeve washed crêpe silk gown and white grosgrain belt with crystal hook-and-eye clasp from the Eté 2016 Collection), to present his moment. “For me it’s a very simple equation—when I put on one of his dresses, I still feel like myself or at least a very good version of her,” Streep said. “When I take it off, it falls to the chair with a sigh. You don’t have the sense that the dress can stand up without you. It needs you as much as you need it.” But the love didn’t stop there. “His feel and his instinct and his imagination, all the stuff that you can’t teach, his talent is breathtaking. So, Alber if what you’ve made me feel over the years is multiplied by all the other women whose lives you’ve enhanced, I think you should get this every year.”

Elbaz gave a nearly 15 minute speech, in which he paid homage to his Lanvin family. “I ought to thank, tonight, the people of Lanvin,” he said. “I’m only the conductor of Lanvin. The real orchestra is my studio, my atelier. All the people at Lanvin that give their heart and their lives to the work. A week ago we celebrated a going away party for a seamstress named Maria. Maria retired. She was 17 when she came to Lanvin and now she’s a grandmother at the age of 61. I asked her why she was going and she said, ‘Because I’m tired.’ I said, ‘What will you do?’ She said, ‘I’ll take care of my grandchildren.’ Maria is what fashion is all about. She’s a seamstress with a needle and a thread, that all she does is seaming dreams for all of you ladies.” 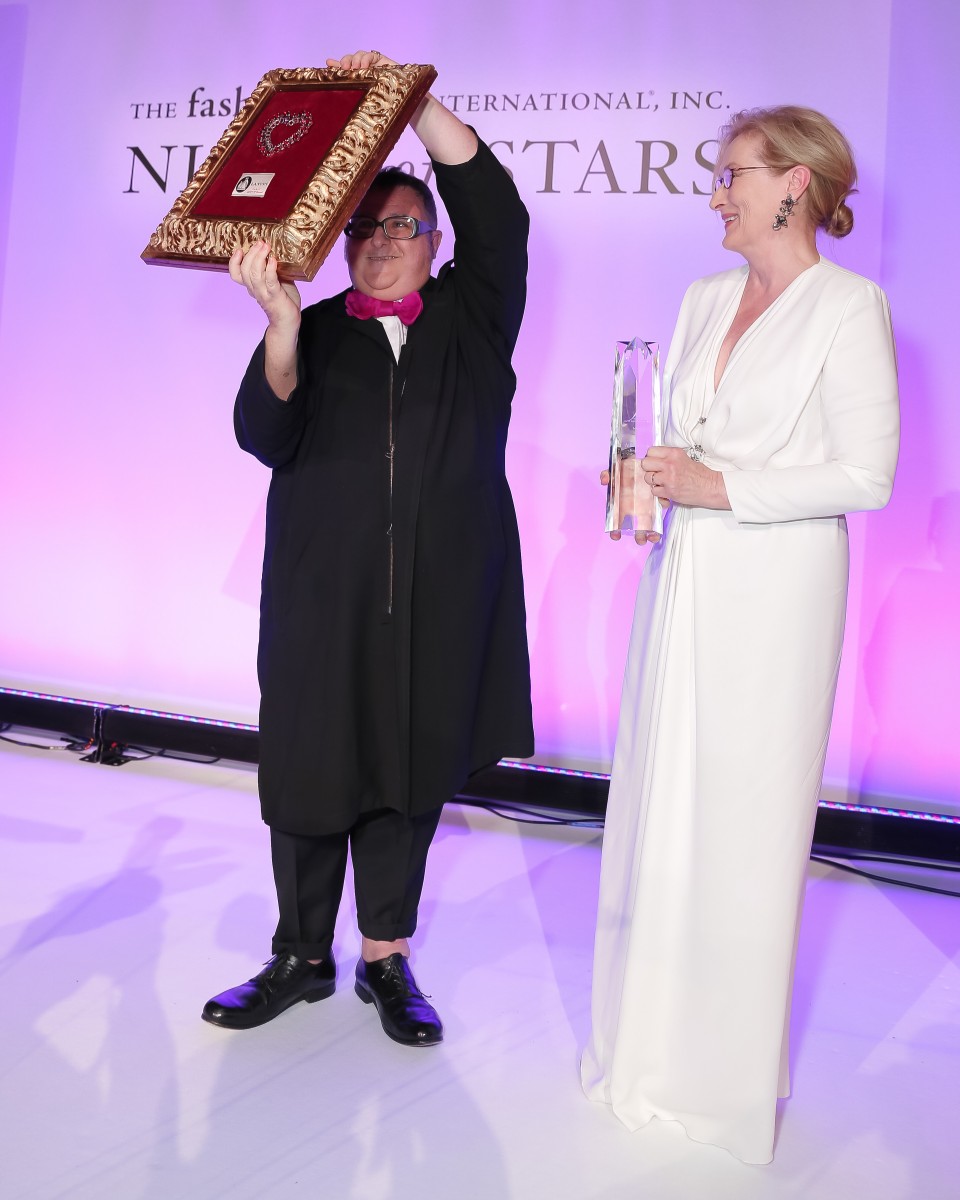 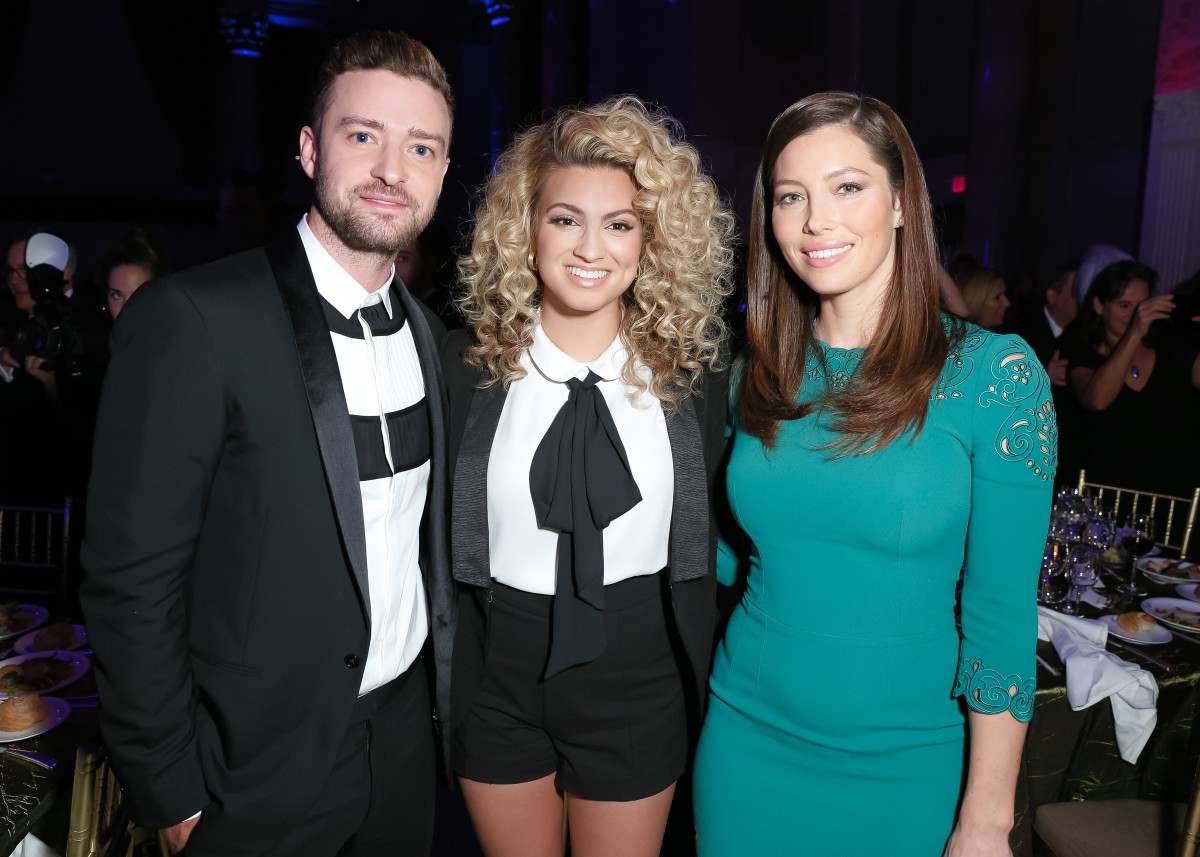 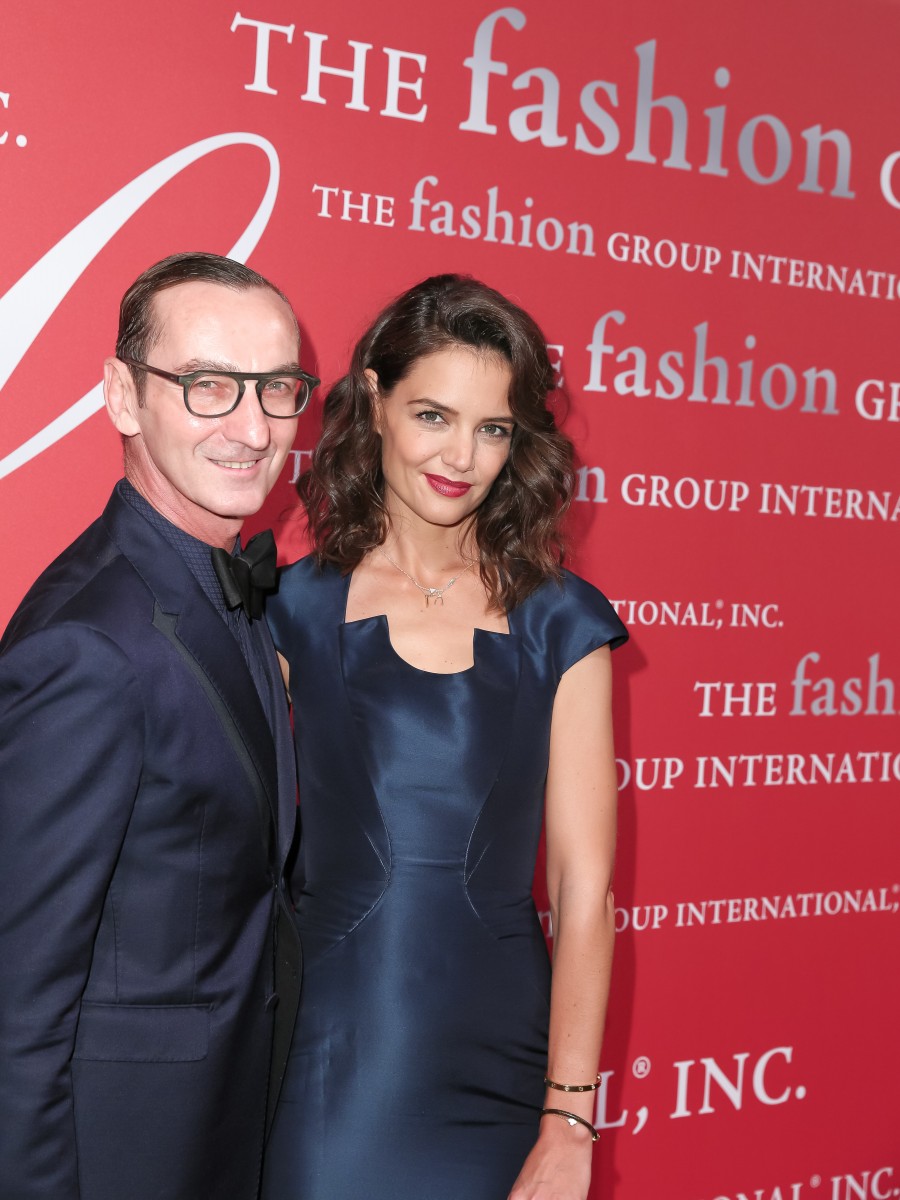 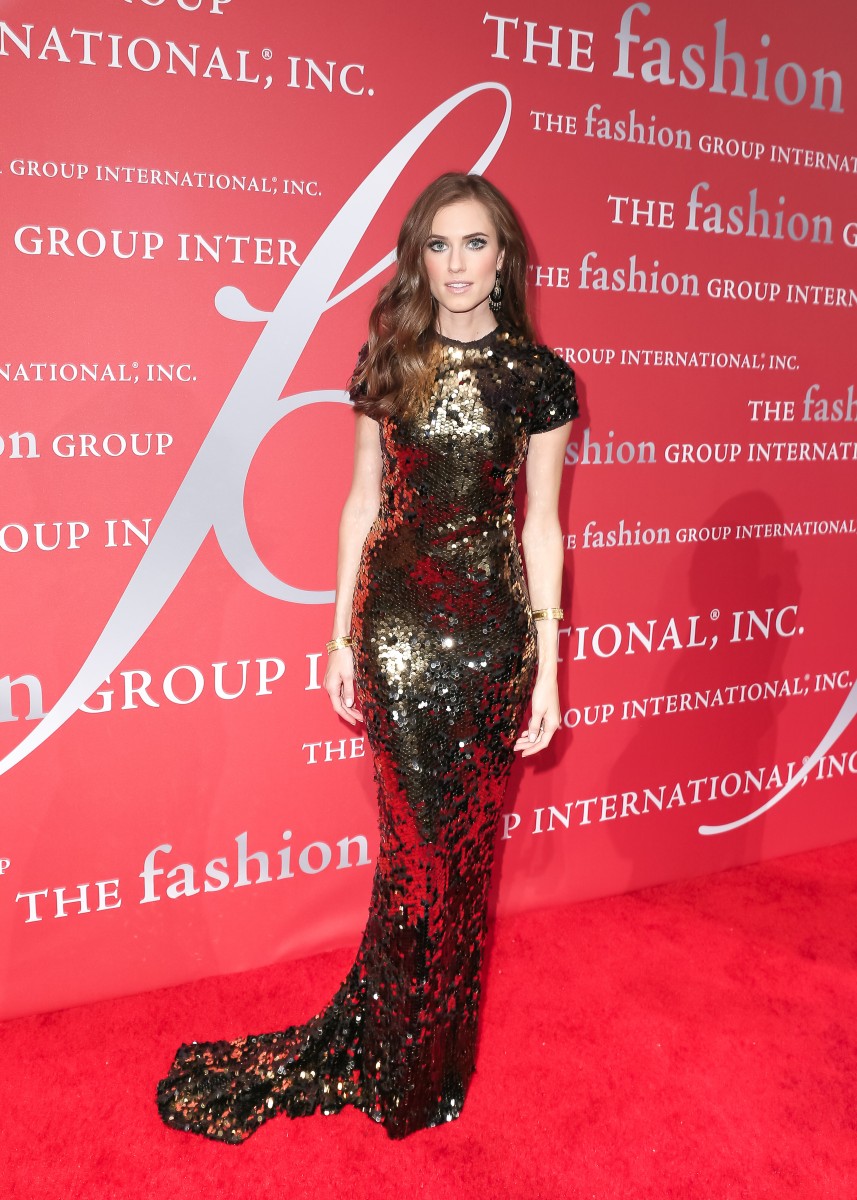 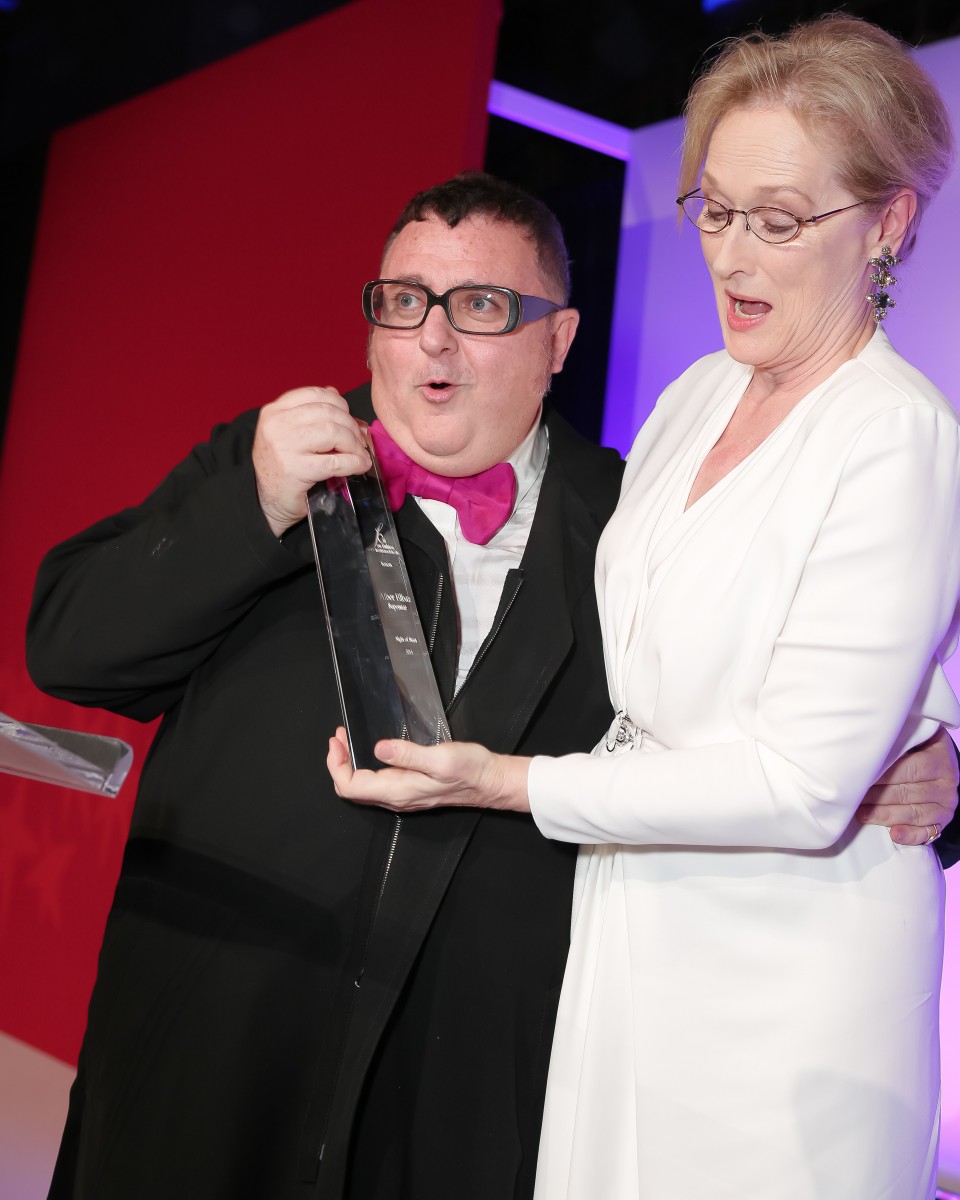 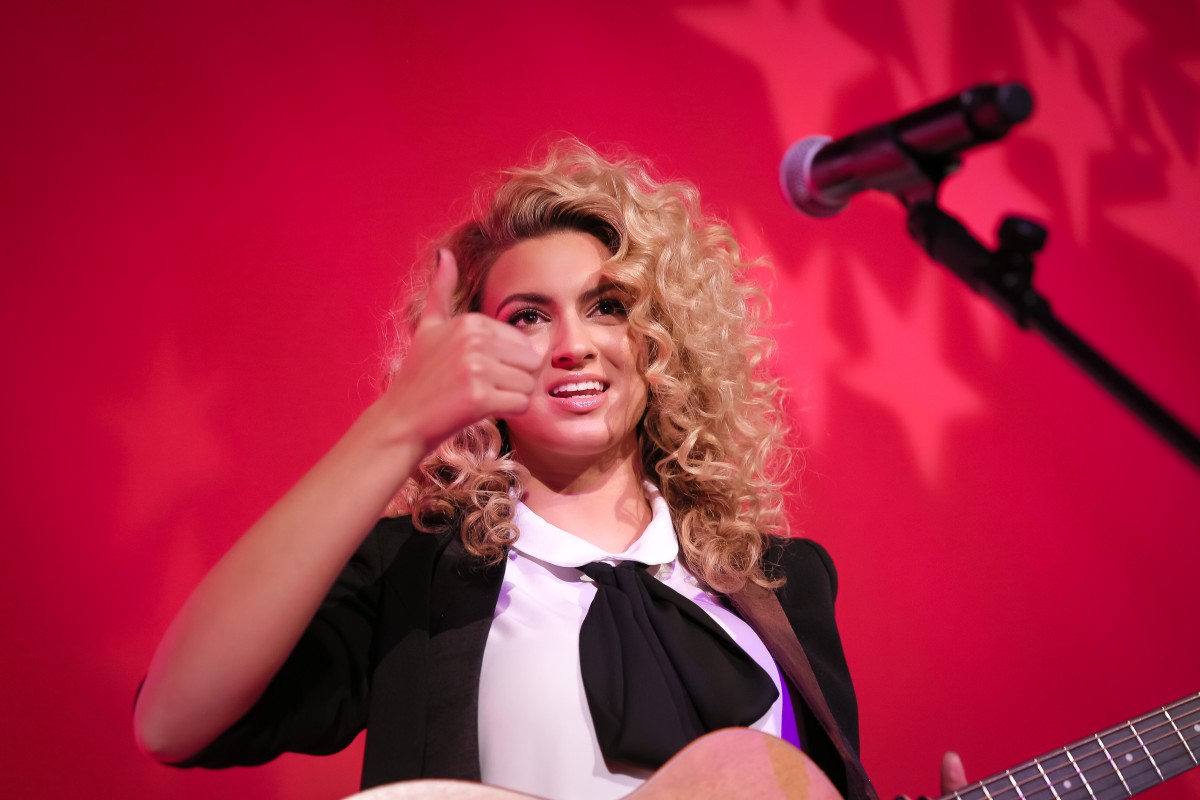 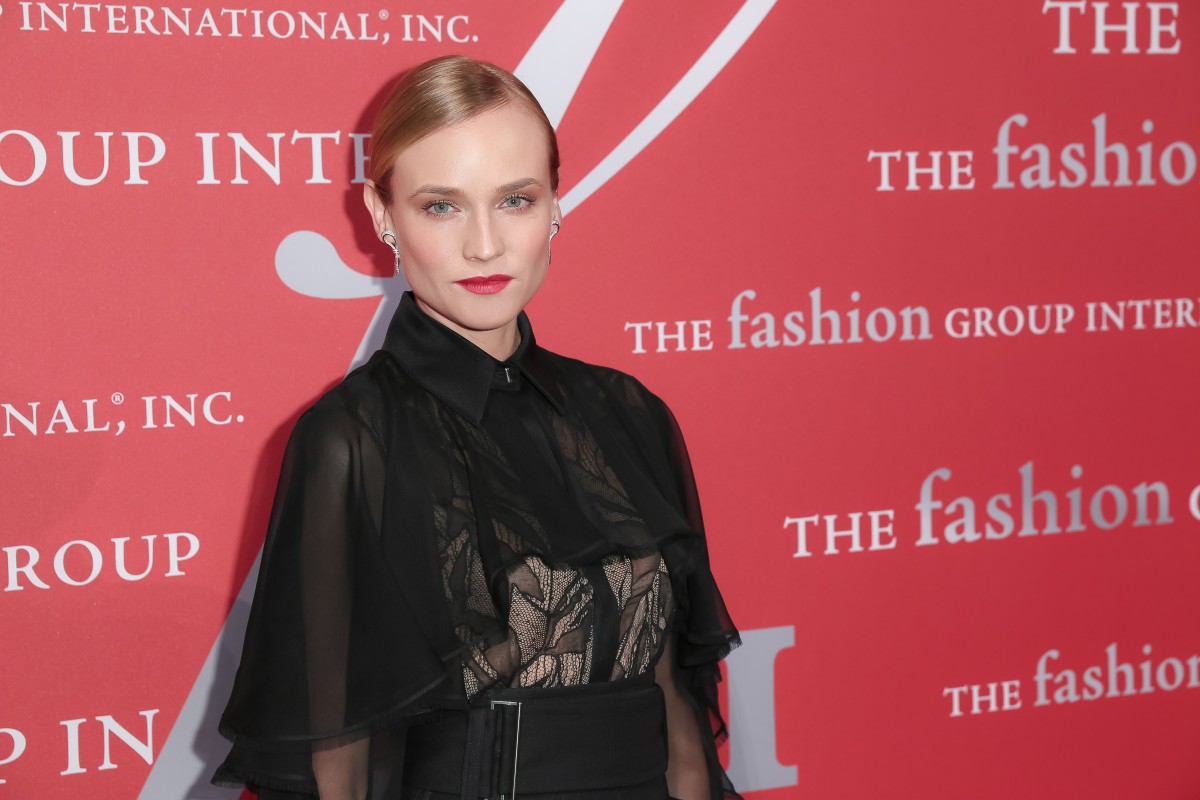 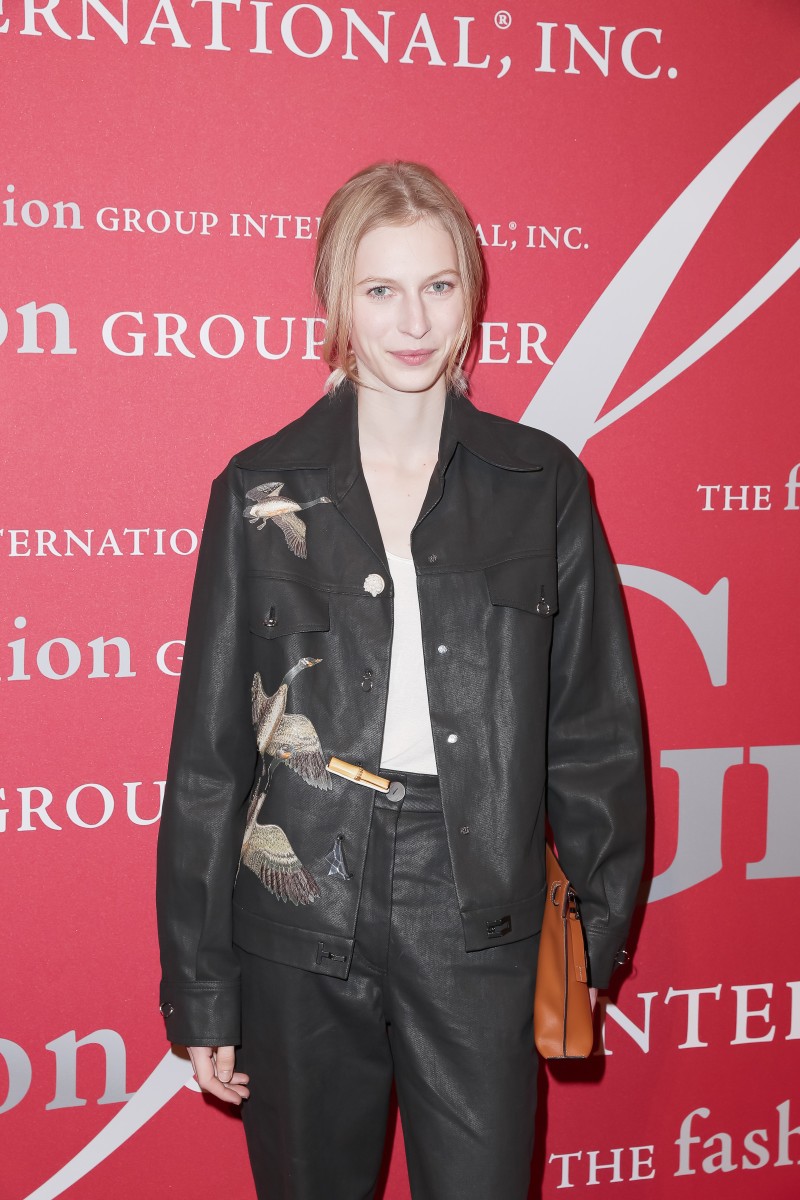 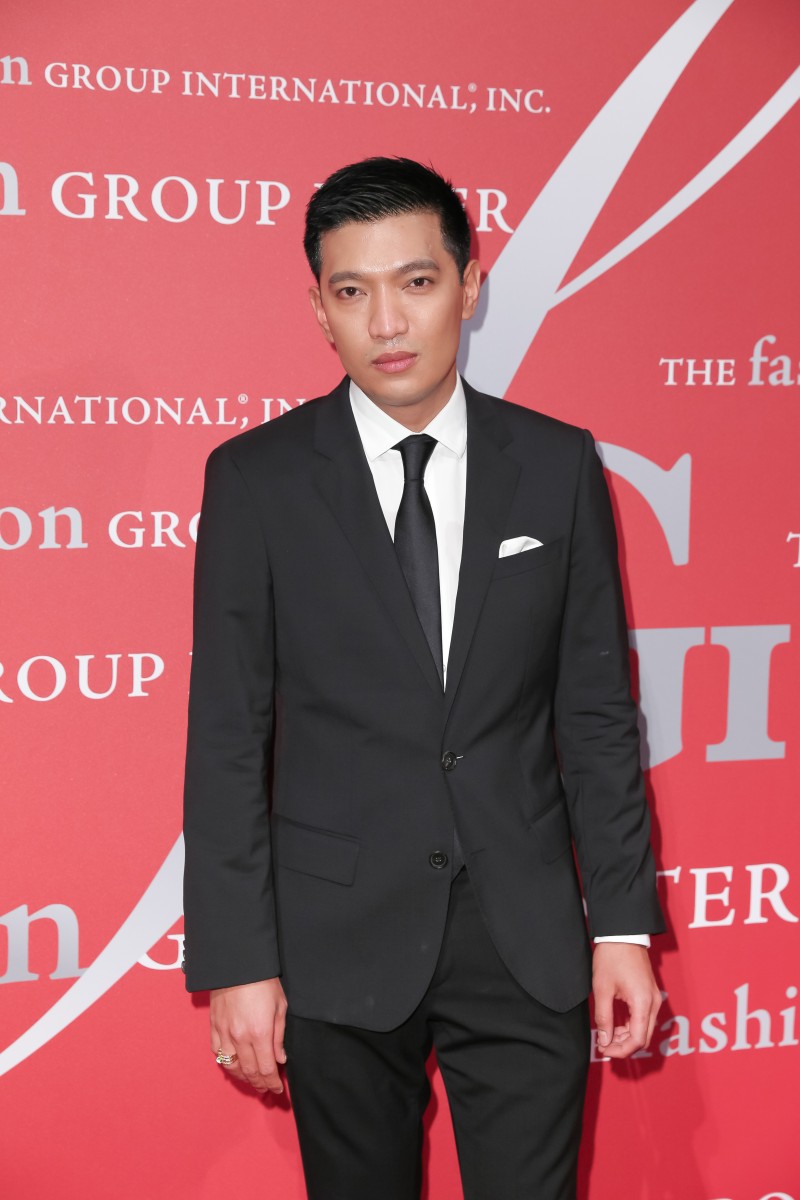 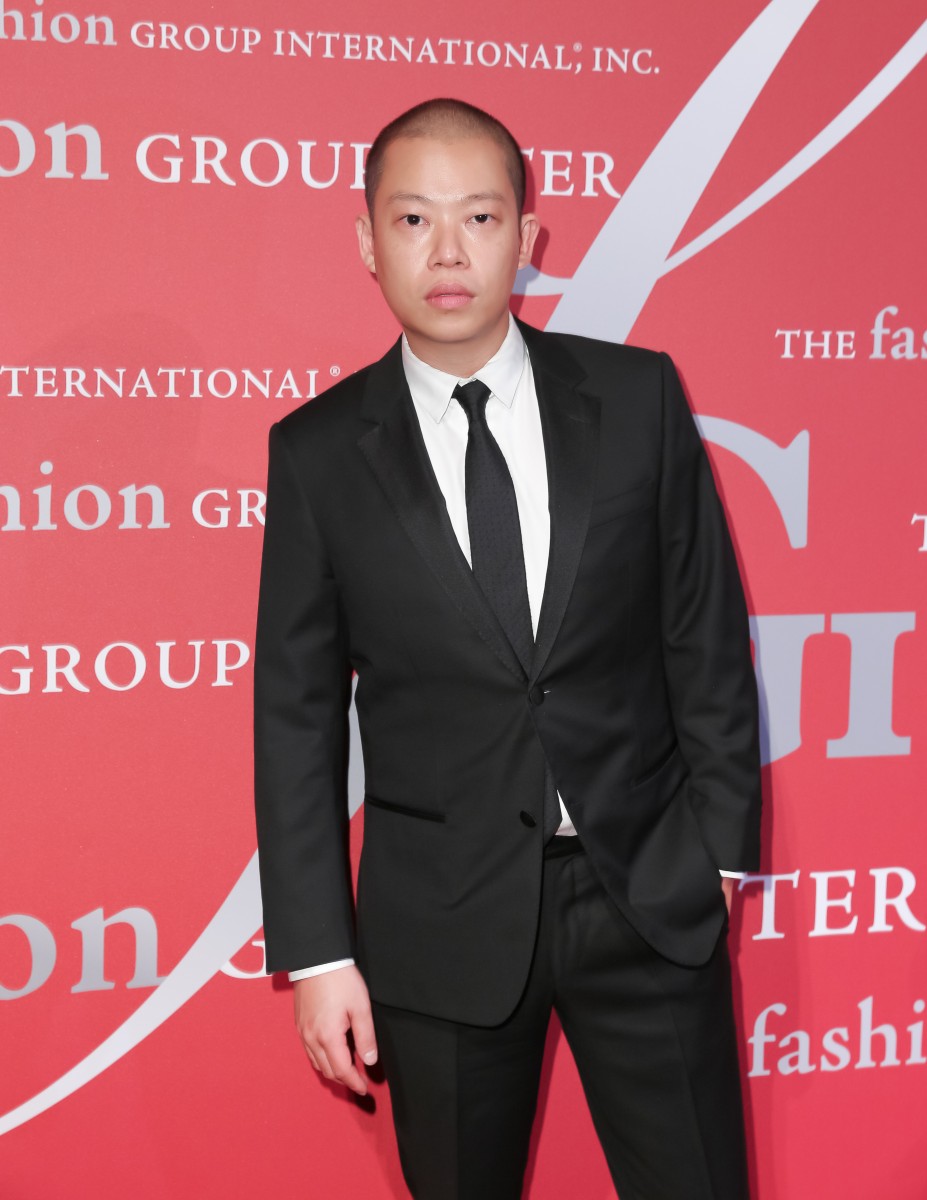 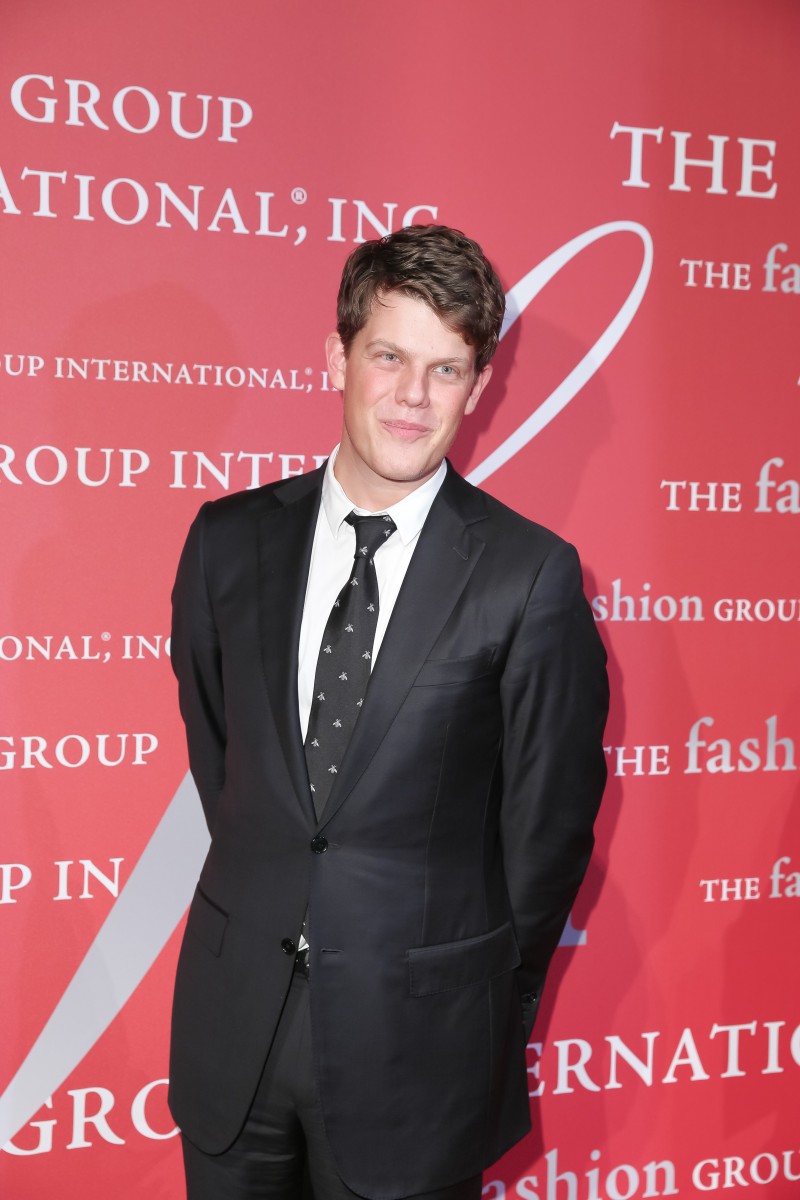 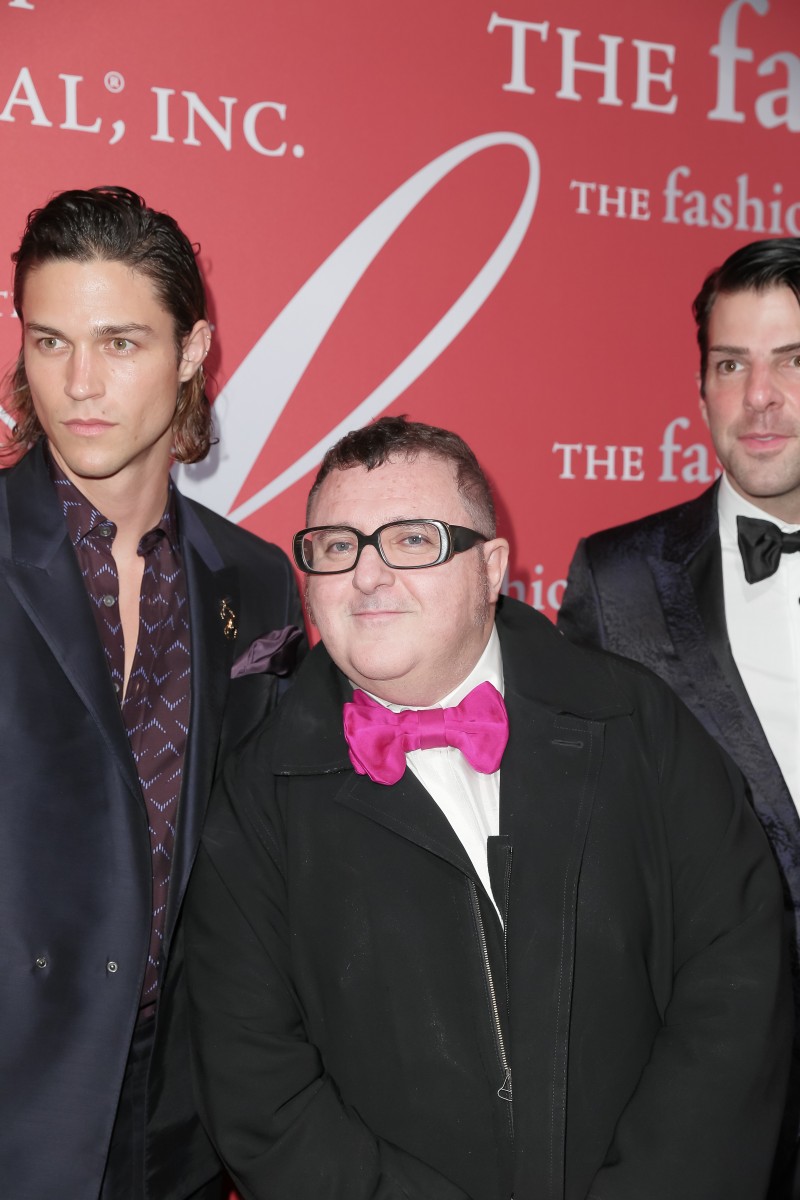 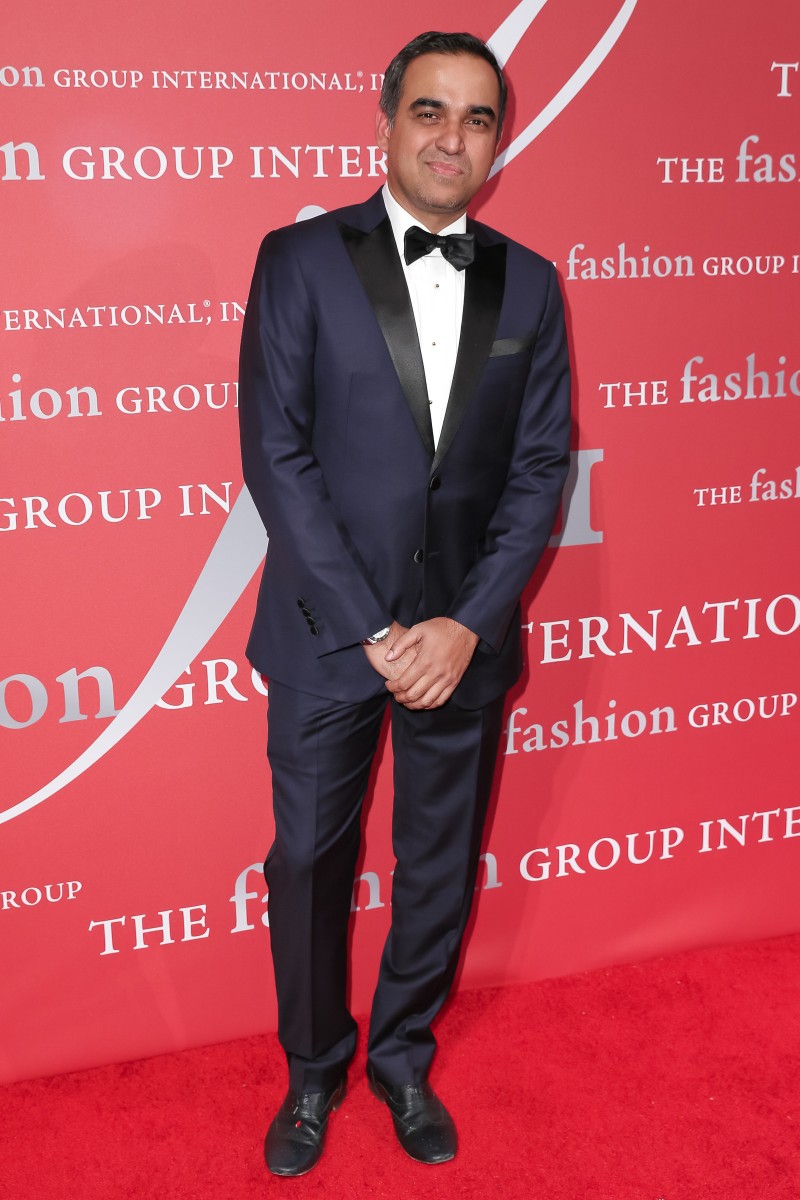 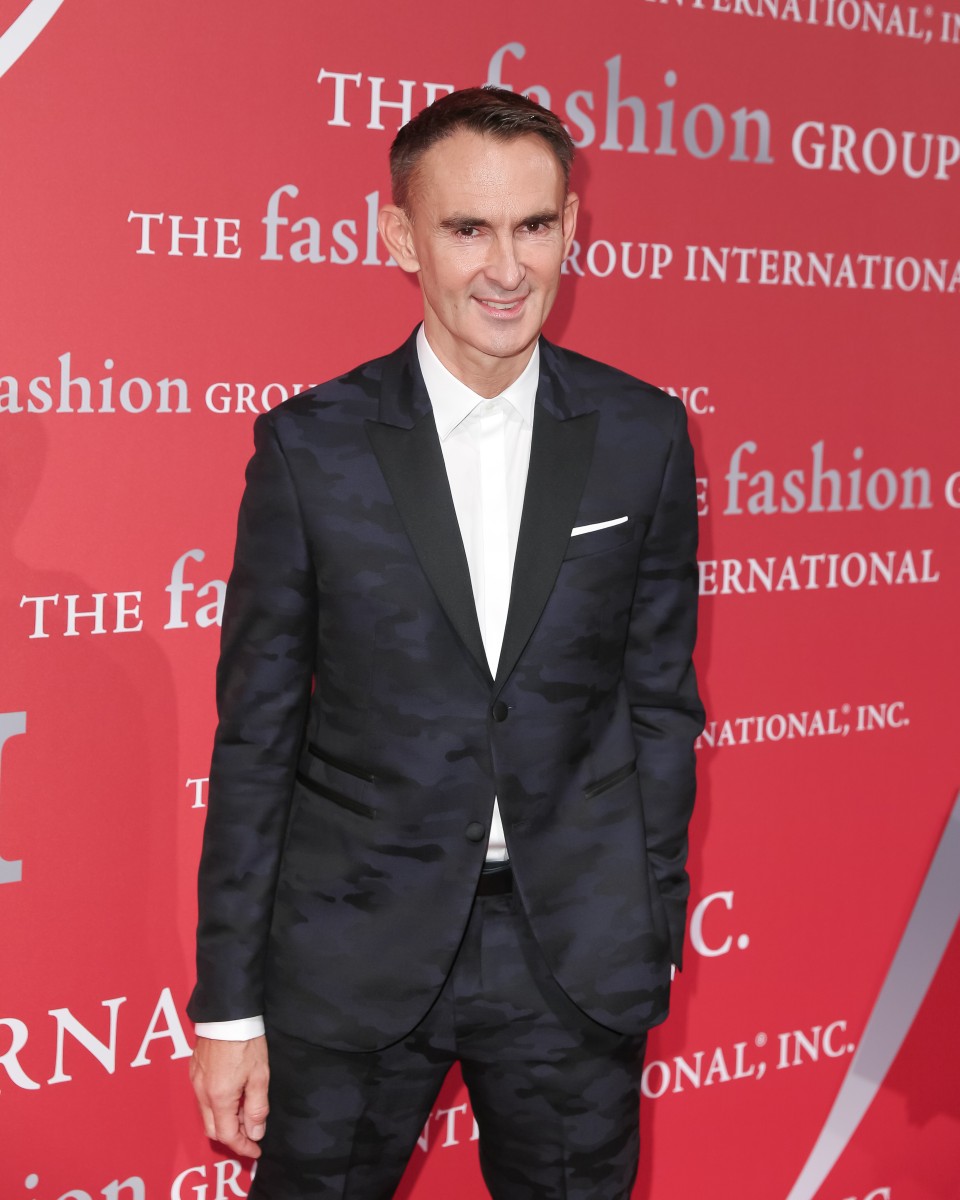 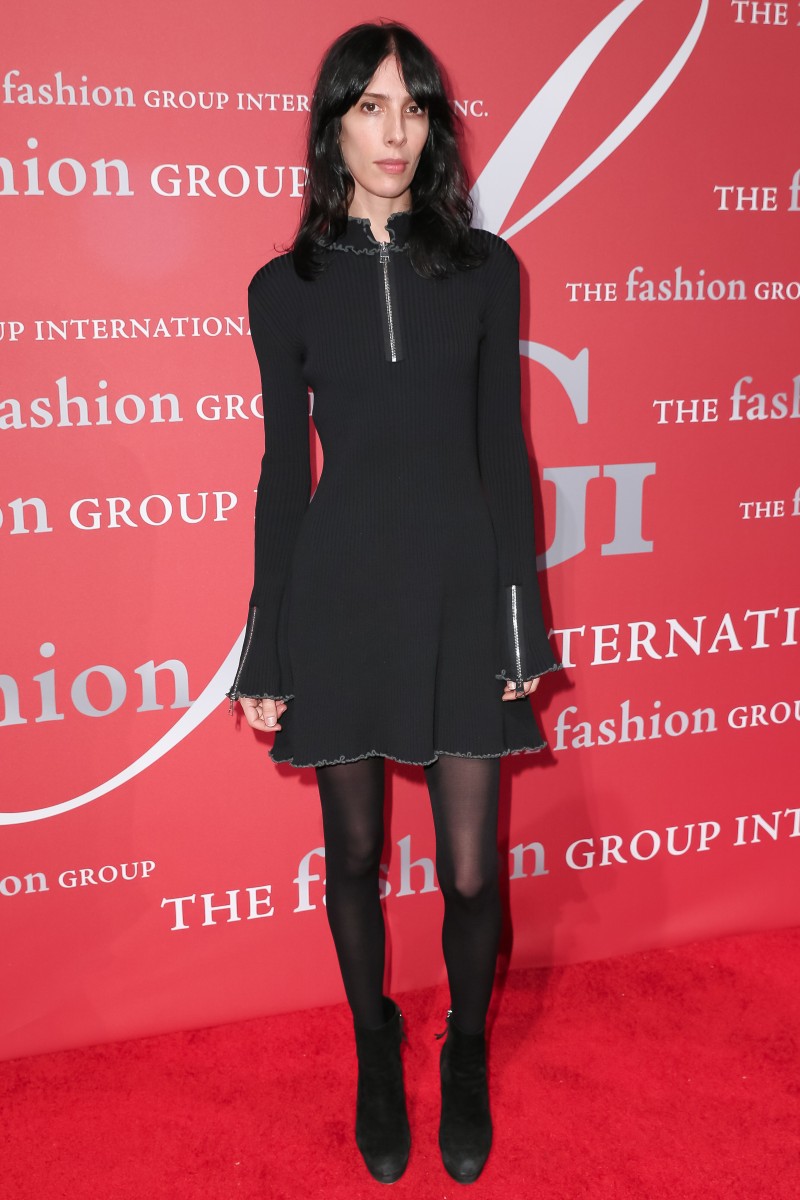 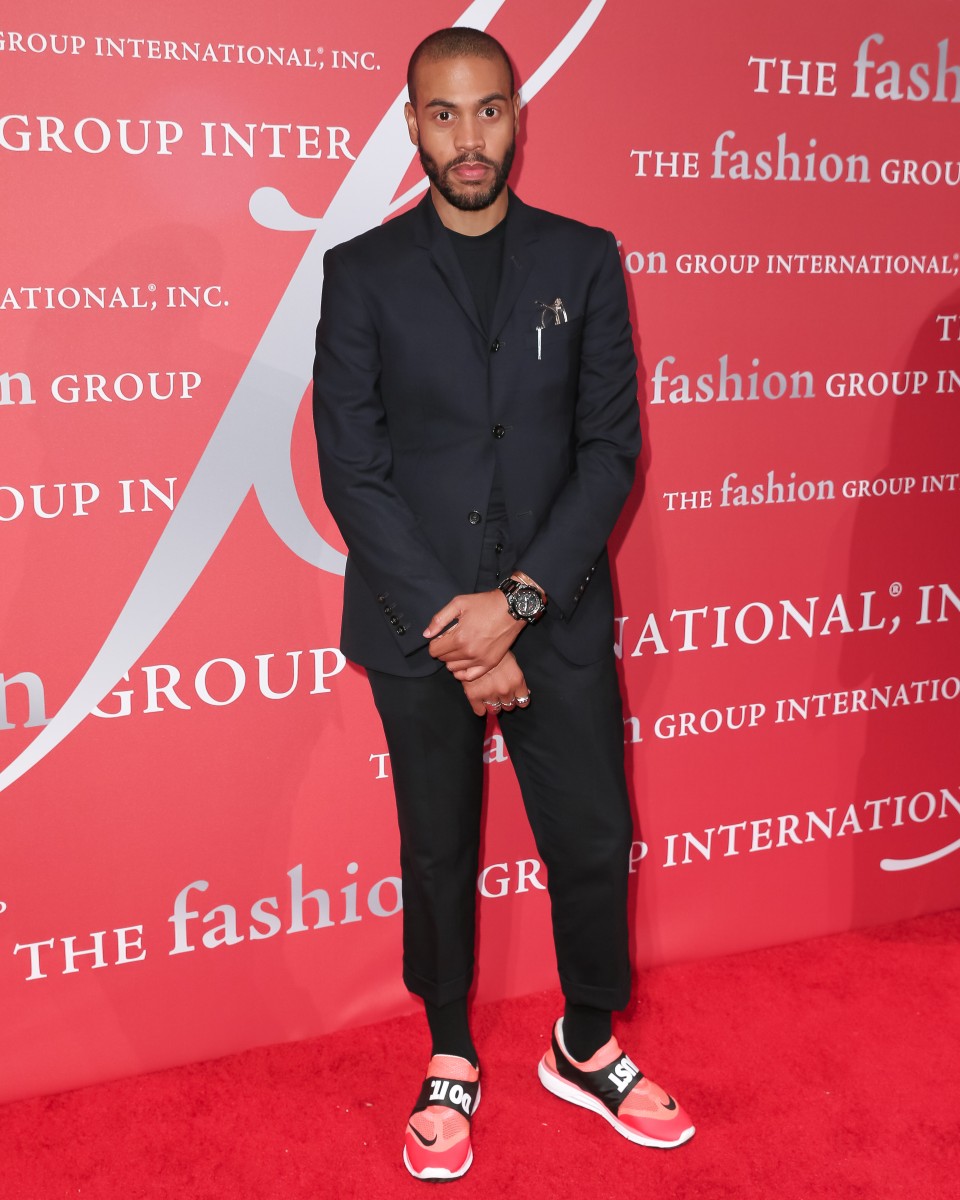 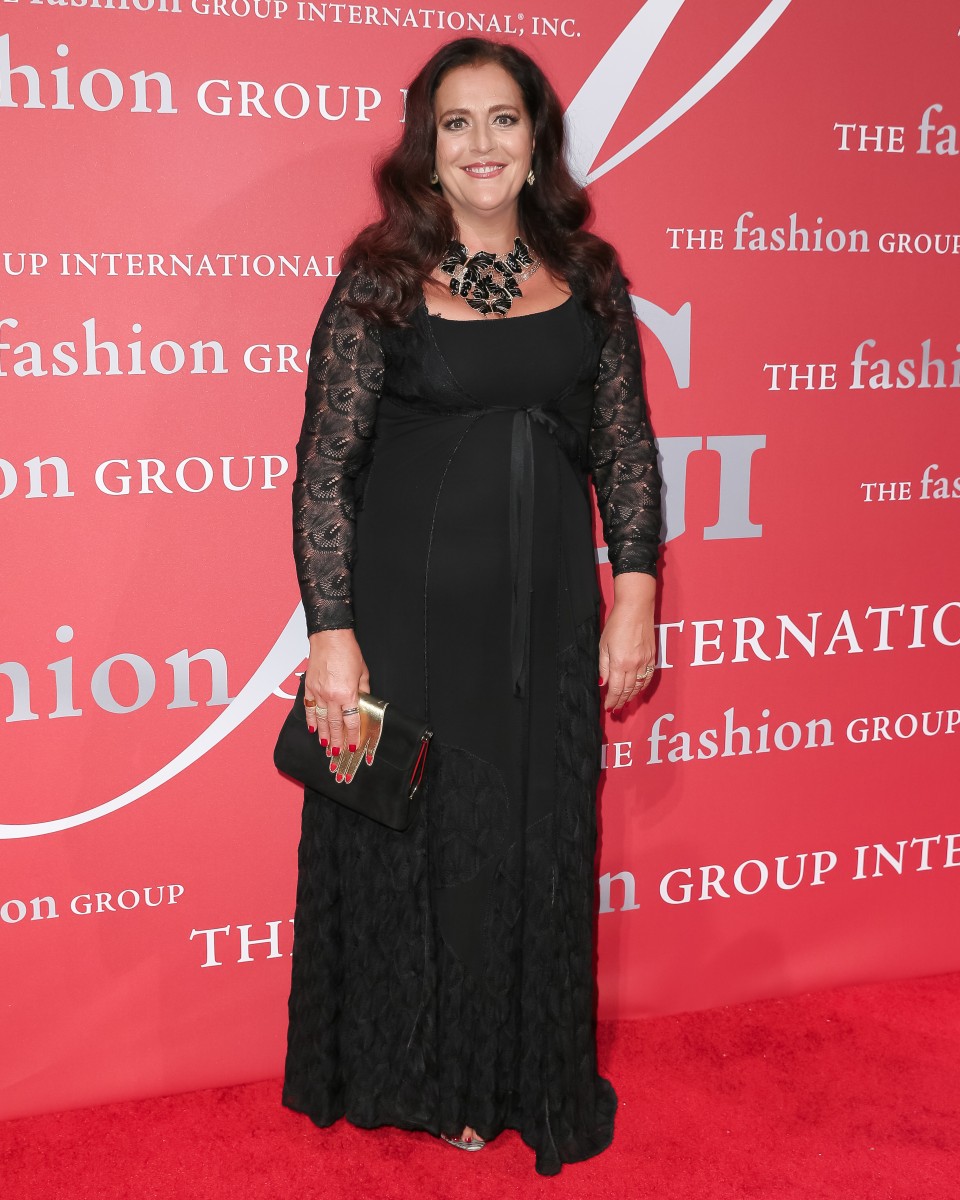 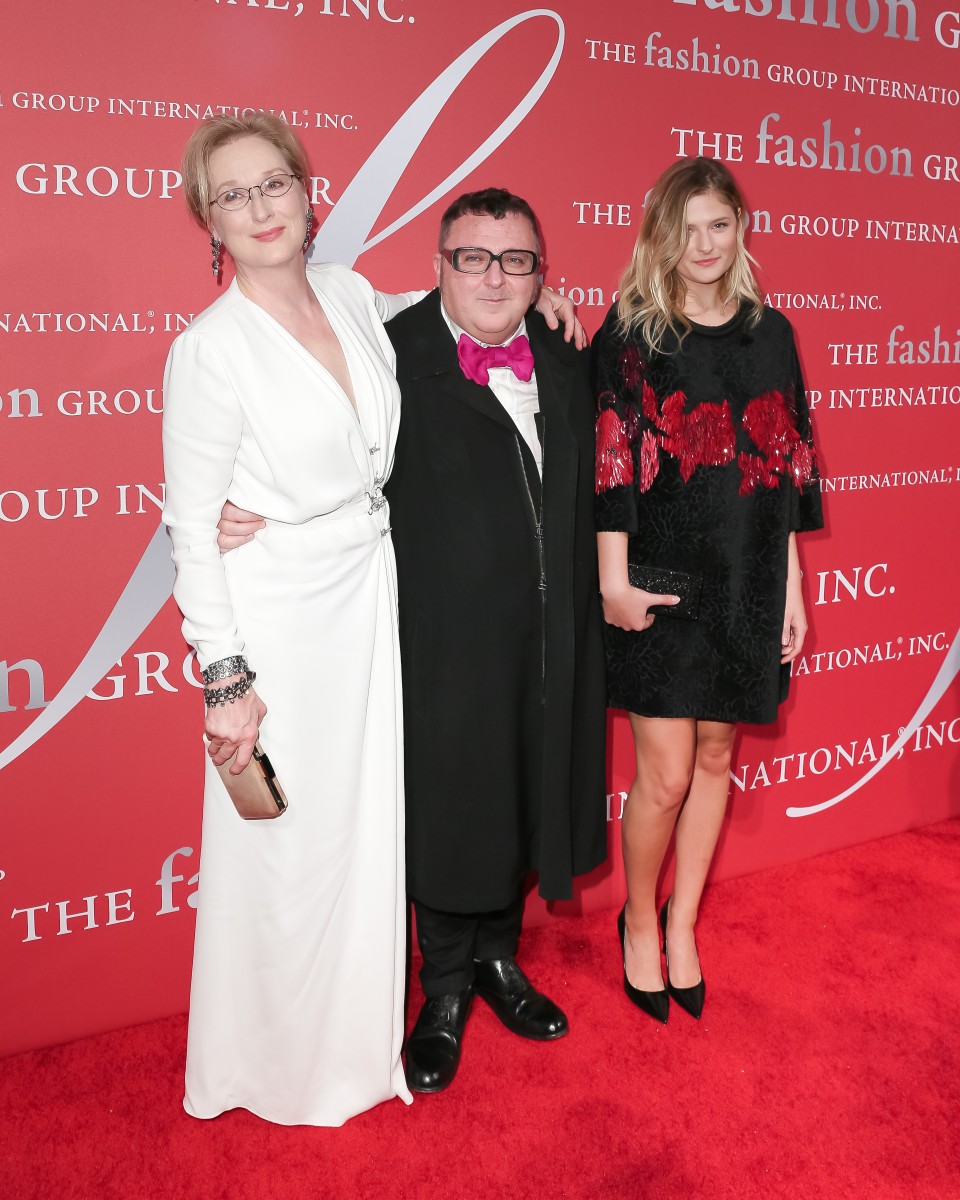 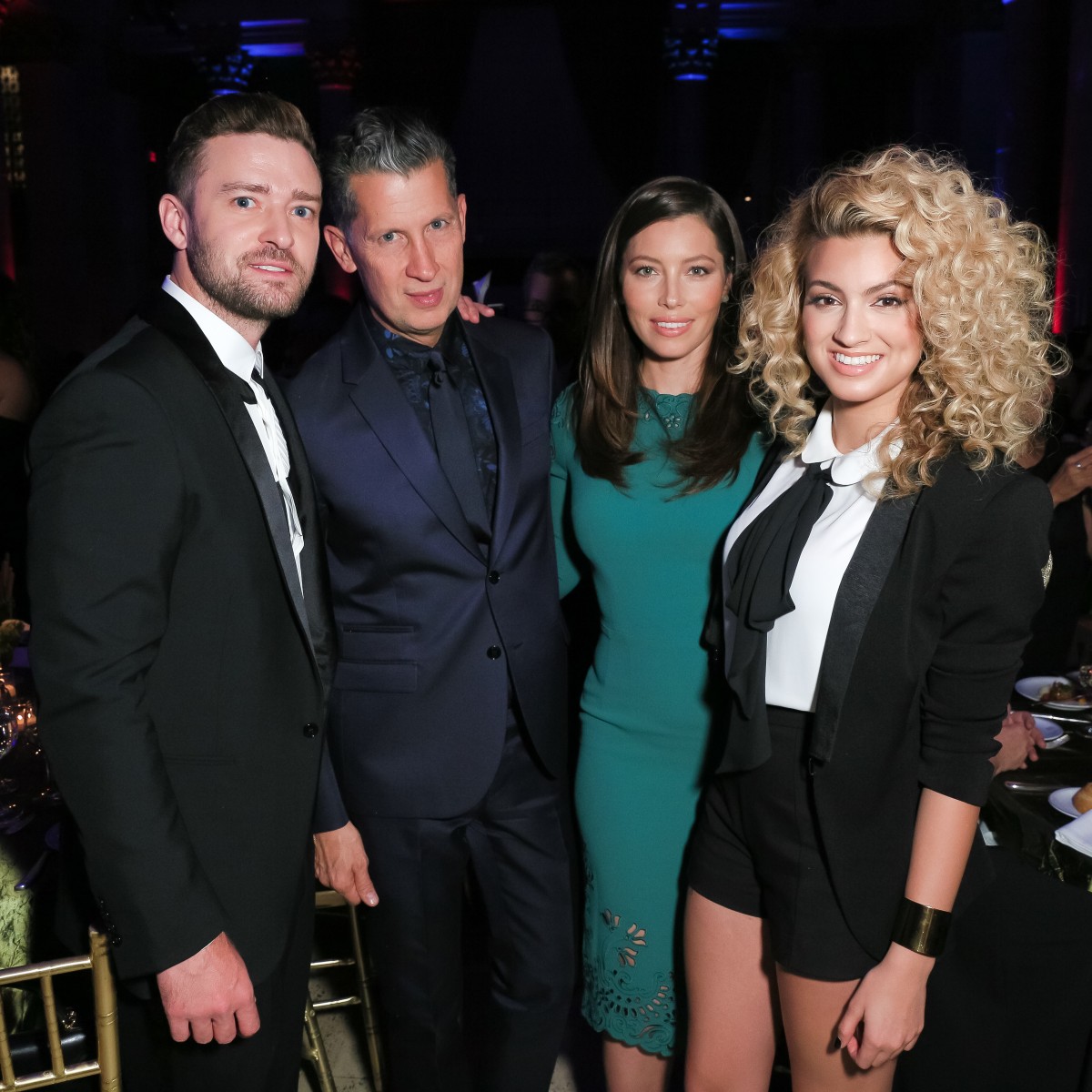 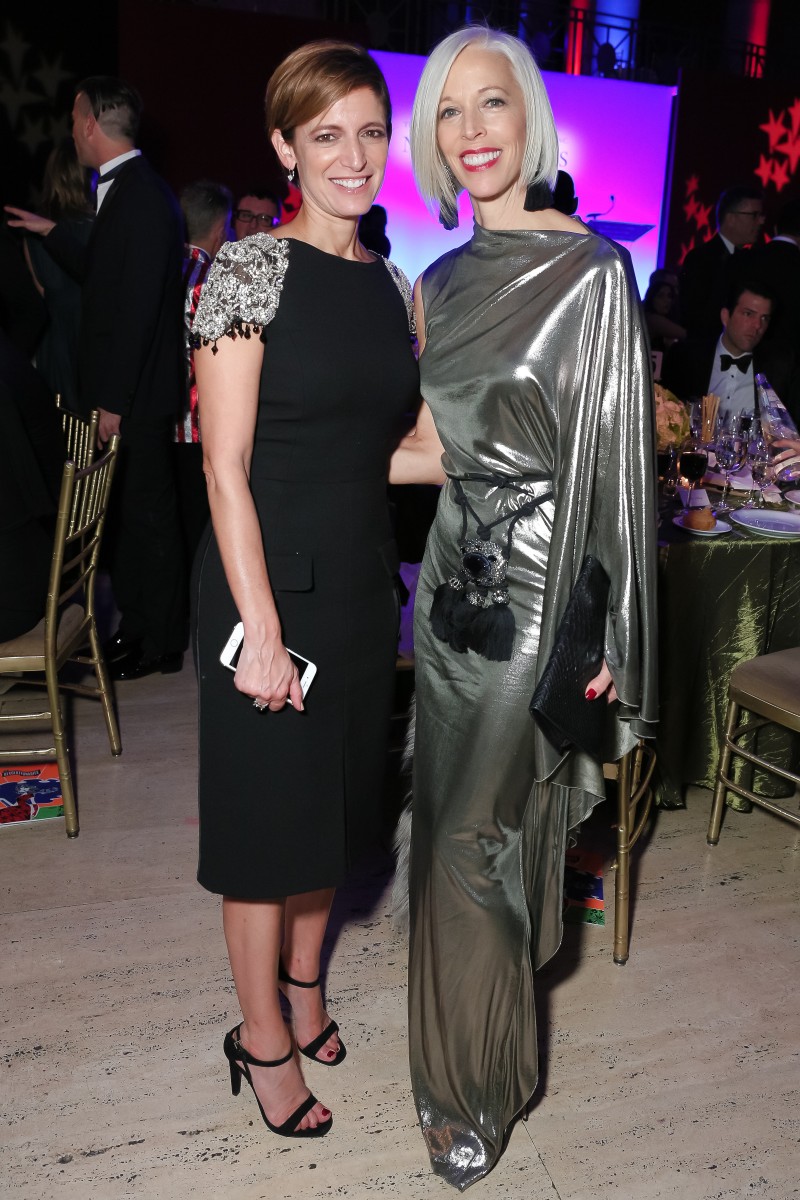 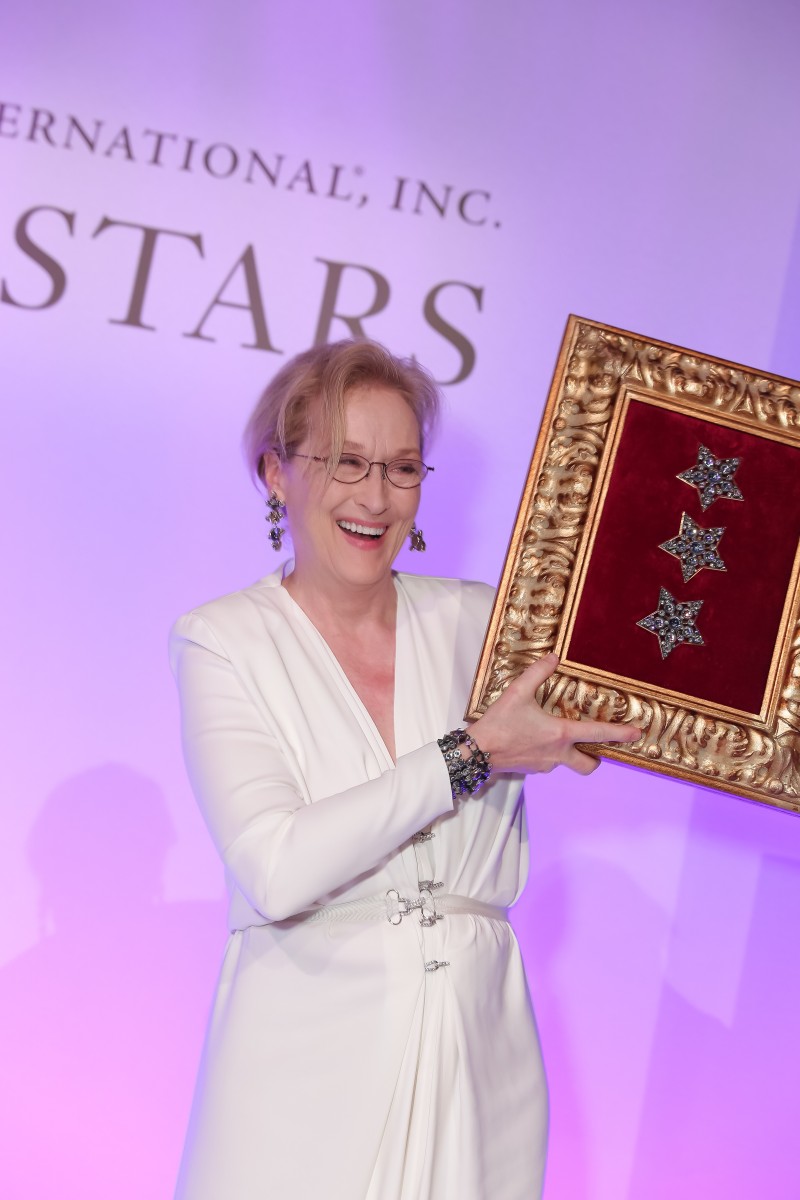 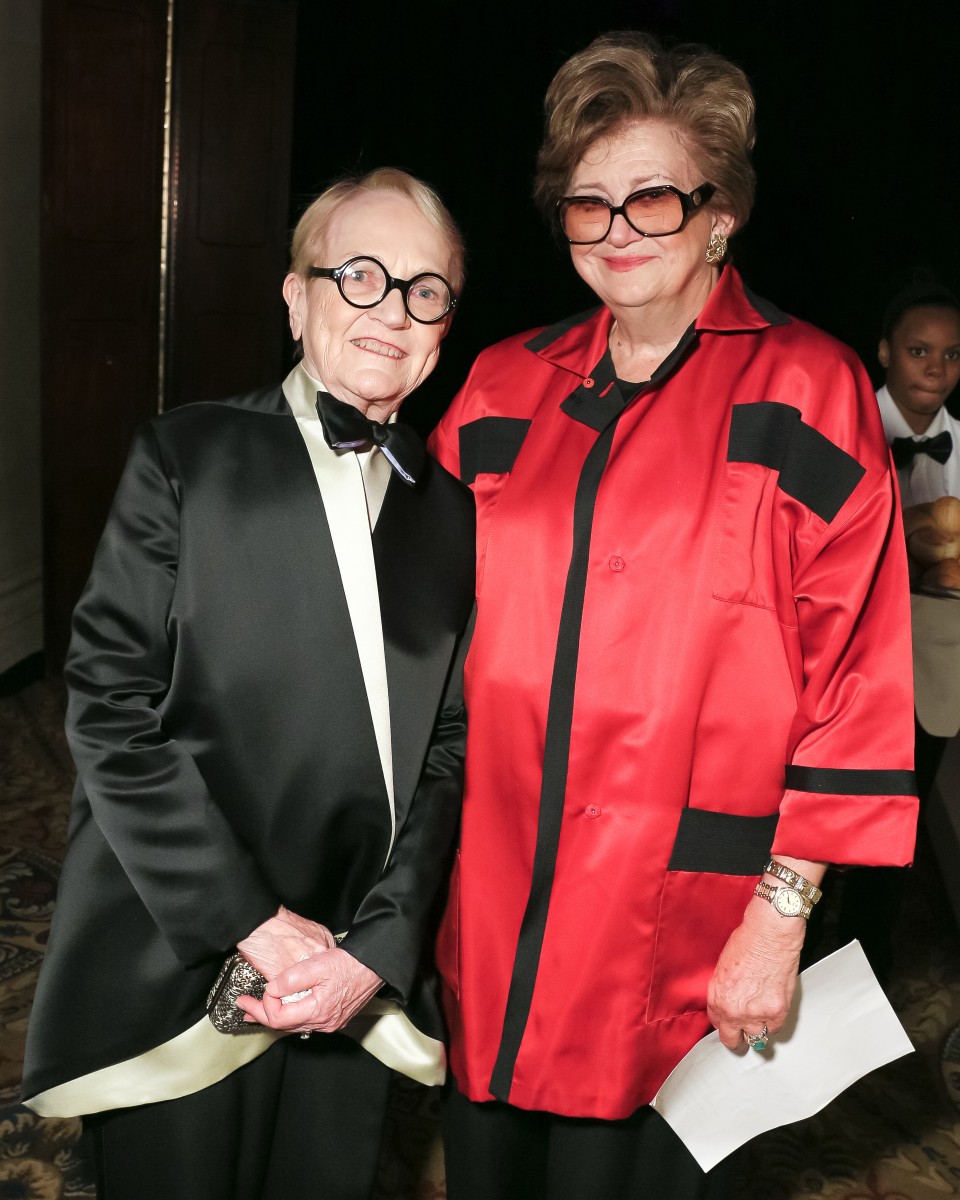 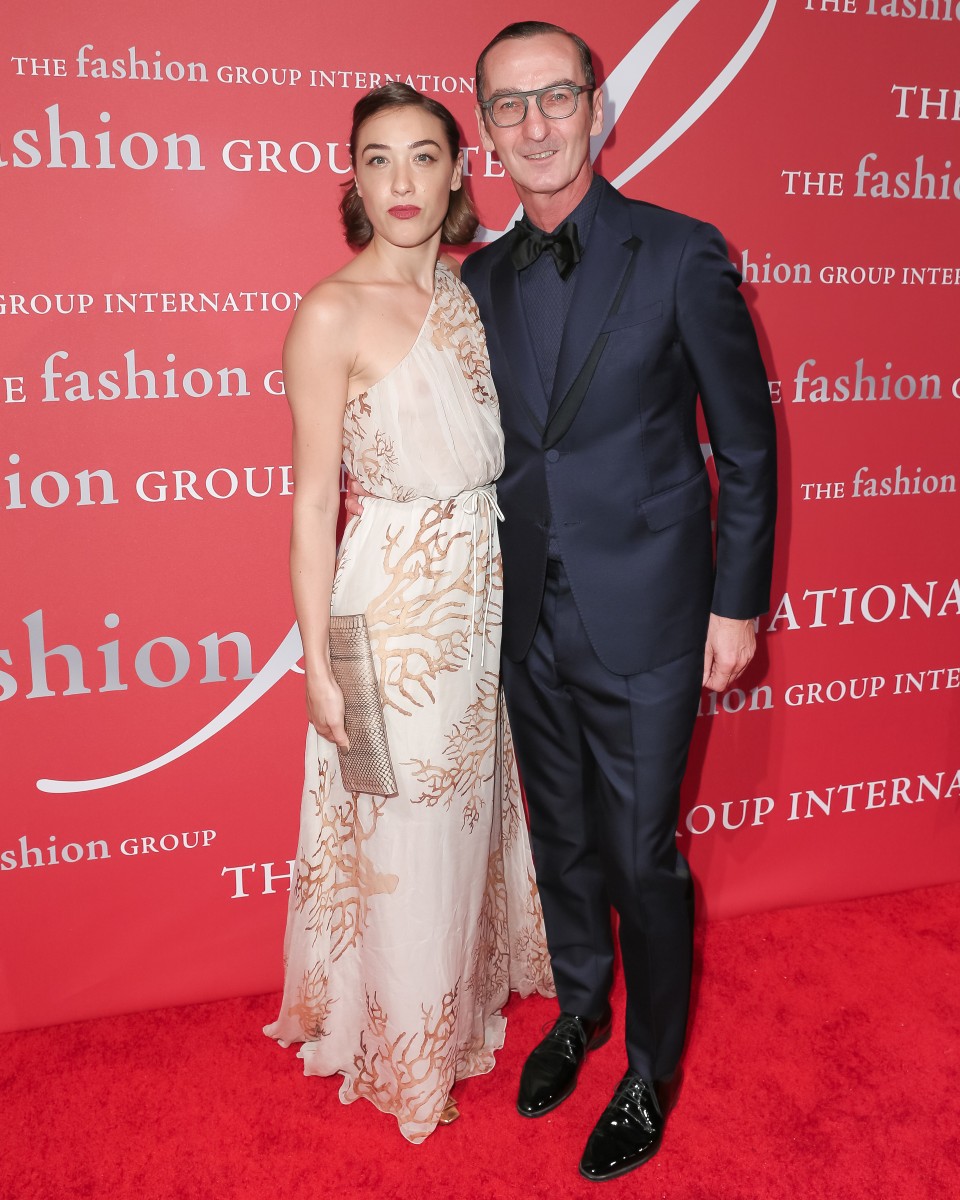