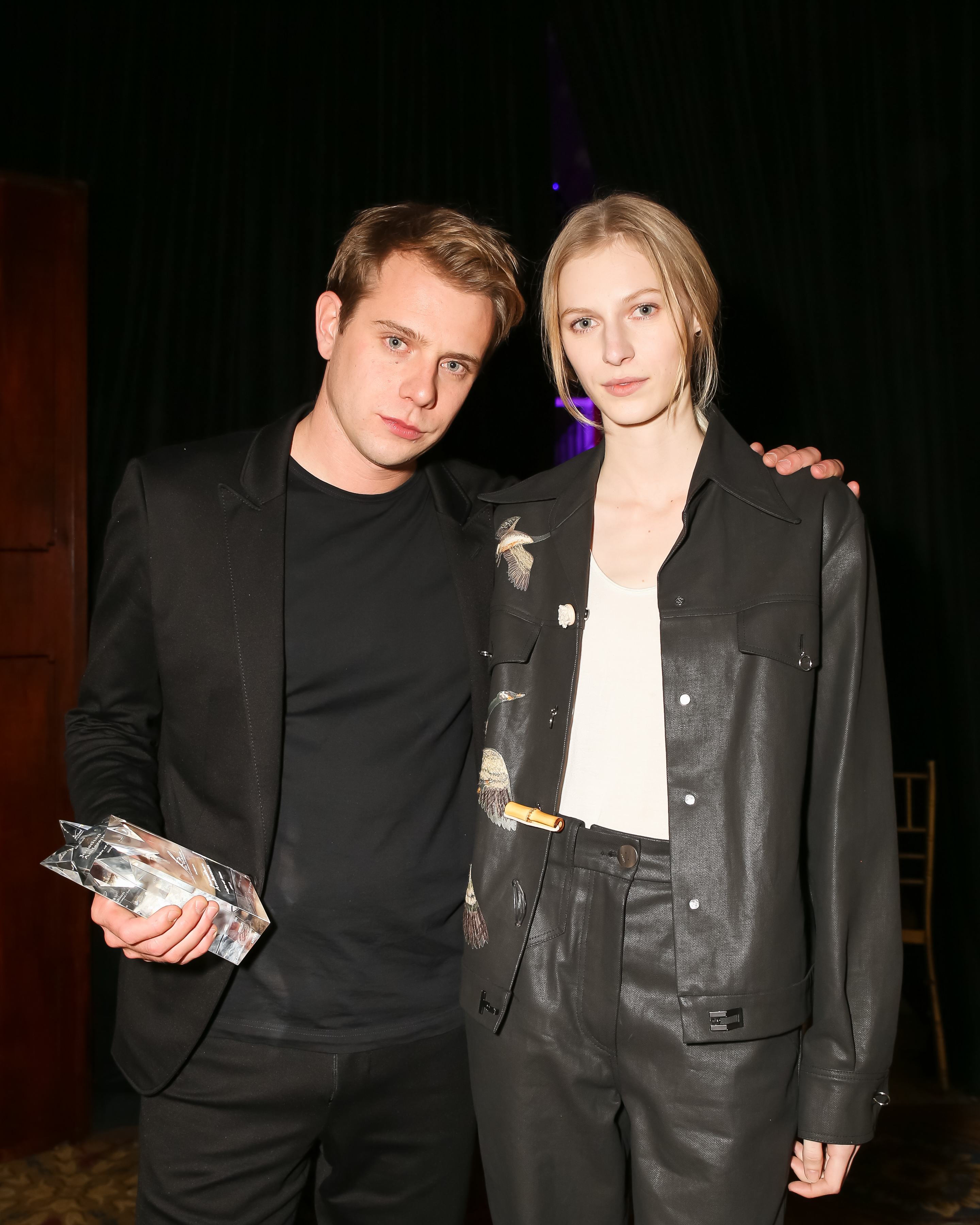 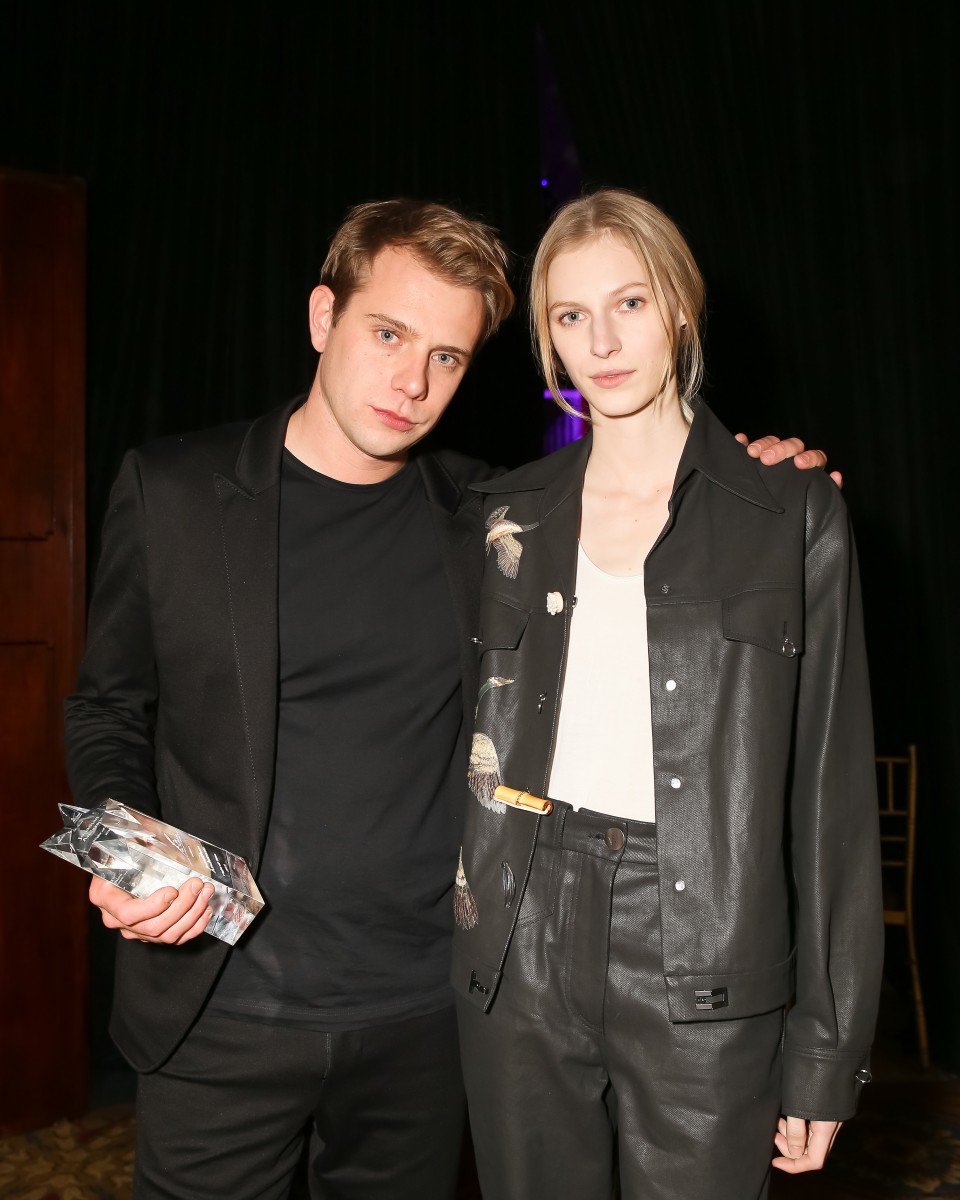 At last night’s Fashion Group International (FGI) honors at Cipriani Wall Street, Jonathan Anderson of J.W. Anderson and LOEWE walked away with the Fashion Star Award, which was presented to him by his pal and model, Julia Nobis. Immediately after picking up his award, we grabbed him and Nobis for a moment to ask if he’d ever consider taking on the recently vacated creative director role at Dior.

How did that feel to be on stage?
JA: It’s quite surreal to do it! It’s kind of like being in a black hole when you’re up there, because you feel like you’re talking into the abyss.
What about you, Julia?
JN: Terrifying, but I came through.
How did you guys know each other?
JA: We started to work together and the world brought us together. That’s the joy of this world! She’s great. It was the first job I had ever done and I was honored that she would do my first job.
JN: Vice versa! I was honored to be the first girl! It works both ways, Jonathan.
Have you guys met [fellow honoree] Justin Timberlake tonight?
JA: I did for a brief second tonight!
JN: You did?! How the f*ck wasn’t I there?
JA: I used to love *NSYNC, so it was great.
Jonathan, your name has been thrown around as a possibility for the Dior job. Is that something you’d want to do?
JA: That’s nothing I have anything to say about. I’m very honored and flattered that would be an idea, but it’s fashion. This is part of the game of fashion, I suppose. Rumors is what it’s all about.
Julia, would you consider the Dior job?
JA: I’m not quite sure I’m qualified! Everyone would be in sneakers!