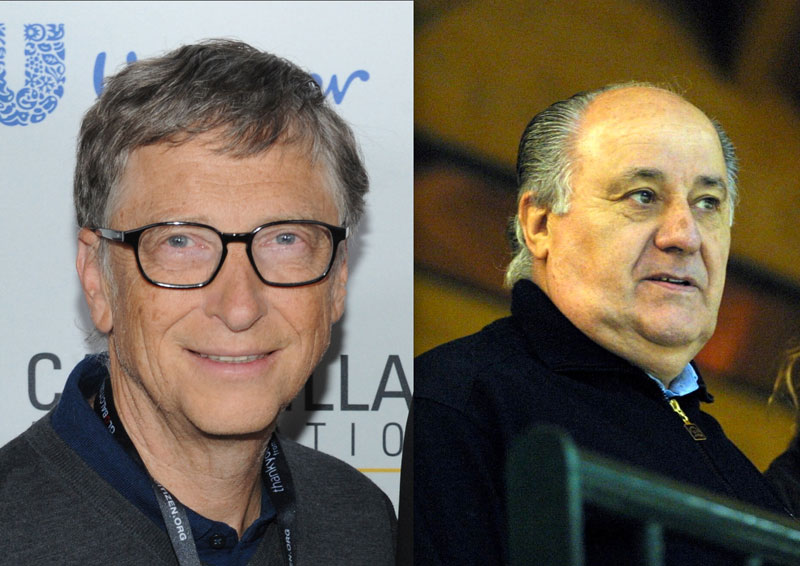 Move over, Bill Gates! Zara founder Amancio Ortega—for a brief moment—passed the man behind Microsoft as the top billionaire in the world yesterday. According to Forbes, shares of Zara parent company Inditex placed Ortega at $79.8 billion, leaving Gates in the “gold” dust as his value dropped by $1 billion. But, alas, Gates has reclaimed his seat as the richest man in the world—overnight, his shares gained more than $1.1 billion.

No word as to what Zara owes this fleeting feat, but Ortega once doled out some interesting business advice to Forbes’ readers: “If I’ve made so much money, it’s because my objective has never been to make money.”

Along with Zara, Inditex is the parent company to brands Pull&Bear and Massimo Dutti. Ortega cofounded Zara with his wife Rosalia Mera in 1975, selling bathrobes and lingerie.

Ortega is not the only one in the industry who’s listed on the Forbes 400. Here, a few who join him:

Ralph Lauren: Though he just stepped down as CEO, he still holds his seat on this list.

Do Won & Jin Sook Chang: As co-founders of Forever 21, the duo shares this spot.

Doris Fisher: Like so many brands, The Gap was founded out of Fisher’s and her husband’s quest for the perfect pair of jeans.

Anne Gittinger: The granddaughter of Nordstrom’s founder, her small 11 percent stake in the co. still places her on the list of billionaires.