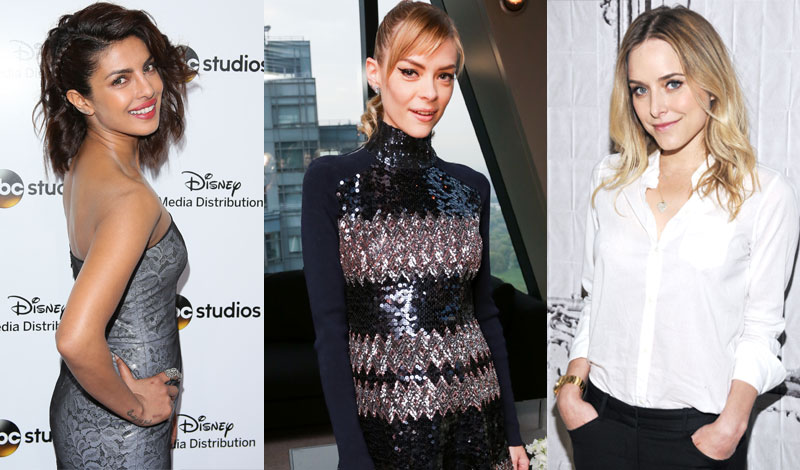 There are some major moves happening over at ELLE.com. First up: Chloe Schama has been named executive editor, a new position, and Nikki Ogunnaike will begin her role as senior fashion editor on August 24th. The site also announced several new contributors, who have been tapped to expand and deepen coverage of women’s issues, race and diversity, politics and technology. The roster includes actress and singer Priyanka Chopra; writer and speaker Ashley Ford; writer Jessica Grose; actress Jaime King; actress and New York Times best-selling author Jenny Mollen; writer and co-founder of TheLi.st Glynnis MacNicol; and actress Nikki Reed.

Schama, who had been with The New Republic as story editor, will oversee features editing, recruit new voices, and manage daily content. Ogunnaike, previously the senior digital style editor at Glamour since 2012, will have oversight of all fashion content, from runway and market to news, red carpet and accessories. Both editors will report to Leah Chernikoff.

“ELLE.com is a daily conversation where you’ll find everything from an analysis of Hillary Clinton’s latest speech, to what Rihanna wore yesterday, to news of the most recent (dismal) diversity report out of Silicon Valley, to how to put on makeup in under three minutes,” said Chernikoff. “I’m thrilled to welcome so many strong female voices into our online community.” According to Adobe Analytics (July 2015) ELLE.com reaches nearly 12 MM unique visitors a month.

How Heavy Is Your September Issue? Someone Counted!