Eva Mendes on Three Years of Collaborating with New York and Co. 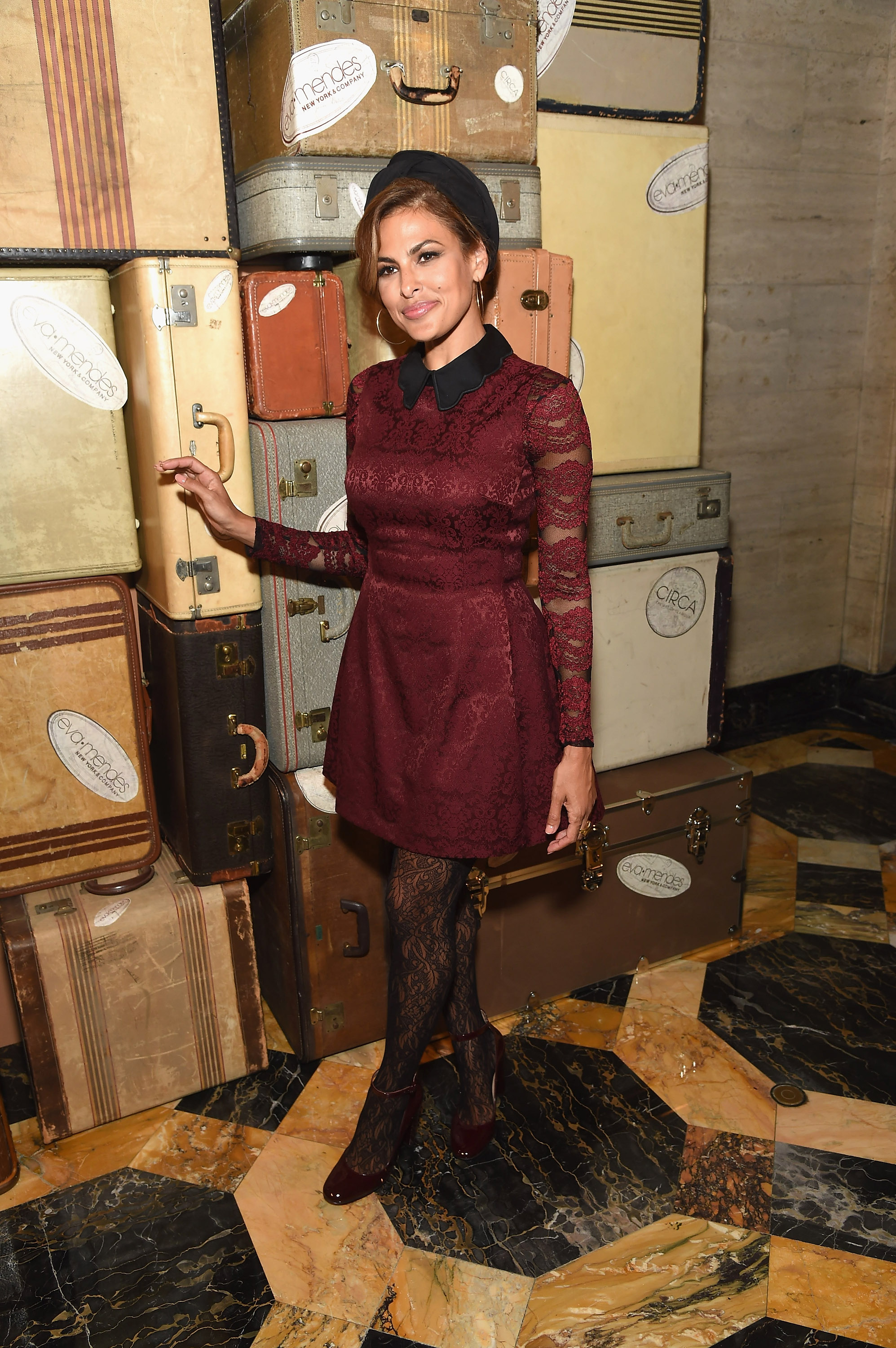 It’s been three years since Eva Mendes started collaborating with New York and Company on her eponymous clothing line for the brand (can you believe?). This season, she expanded her role as a designer with her very first runway show to debut her Fall 2017, embarking on the ‘see now, buy now’ movement. Here’s what Mendes has to say about her latest range.

You’ve been working with New York and Company for three years now!
It’s so great and exciting. When they came to me with the idea of the fashion show, I wasn’t totally sold until they talked to me about the  ‘see now, buy now’ concept. I love fashion shows—they’re so inspiring—but I’ve always felt a little disconnected because you’re just getting ready for a season and then supposed to get into the vibe of right now. So it’s exciting to show our Fall line and have the clothes be available. I’m very into Fall!

What was the inspiration for Fall?
We have certain silhouettes that we go back to all the time—they just take a different incarnation—so we brought back some hits. We’re also really excited to bring in new silhouettes that really work with some exciting fabrics. The whole point obviously, is to be stylish but affordable. I’ll bring in an inspiration to my co-designer and he’s like, ‘Okay, I got to find this now. You know, for the right price!’ So I’m really excited about this velvet lace that we introduced in the collection. There’s a lot of burgundy, blushes, and some blues that are more for winter too.

What were those moments like before the show started?
It was really fun. It was like planning a party or something! I was super involved with the music, lighting, food, and the models, which was my biggest concern. I really wanted diversity in the show and wanted more than one type of woman to be represented, so that was really exciting. I just had fun personalizing it.

A lot of the models had your signature head scarfs!
Yes! We didn’t do turbans, but we did a head scarf. I told the girls before the show, “If you don’t like it, make it how you like it.” Not everybody likes a turn or a head wrap or anything like that, so it was important that the girls’s individuality came through with it.

Erin Walsh styled your show.
I’ve worked with her a few times. She’s just so talented and I feel so inspired when I work with her because she’ll take something that I designed or helped create and she’ll put her own spin on it. I love when women post pictures of what they do with their outfits. I find it really inspiring.

Do you have a mentor in the business?
I don’t, but I should! Maybe I’ll hit up Rachel Zoe for some advice.