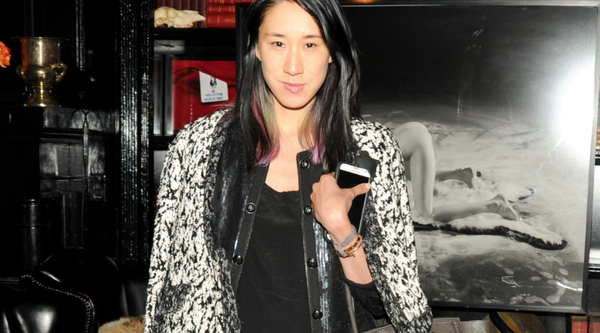 (NEW YORK) Lucky has a new editor-in-chief atop its masthead, replacing Brandon Holley, and the surprise factor isn’t terribly high: Eva Chen will helm the shopping glossy. Chen is best known as Teen Vogue‘s beauty director; she clocked six years at the petite Vogue title. Since April, Chen has been enlisted (by Anna Wintour, no less) to consult on Lucky. Seems like the past two months would offer a great grooming opportunity to usher in Chen as Holley’s successor. Holley has held the title since September 2010, when she rejoined Conde after a stint as content director at Yahoo! Shine (before which helmed Jane at the publishing powerhouse). As for Holley’s next move: to be determined. Lucky under Chen’s editorship will debut with the mag’s September issue. “From the streets of New York City to Shanghai and everywhere in between, Eva is the quintessential Lucky girl,” Wintour said in a statement. “Eva is a woman of tremendous talent and experience. I have worked with her over the last few years, both during her time at Teen Vogue, and as she has been consulting with Lucky. Her lengthy experience in our industry gives her a solid foundation in both digital and e-commerce.” While further details remain murky, it’s quite an example of the power Wintour wields as Conde’s artistic director, non?

Dannijo Does A Capsule Line To Celebrate Five Years