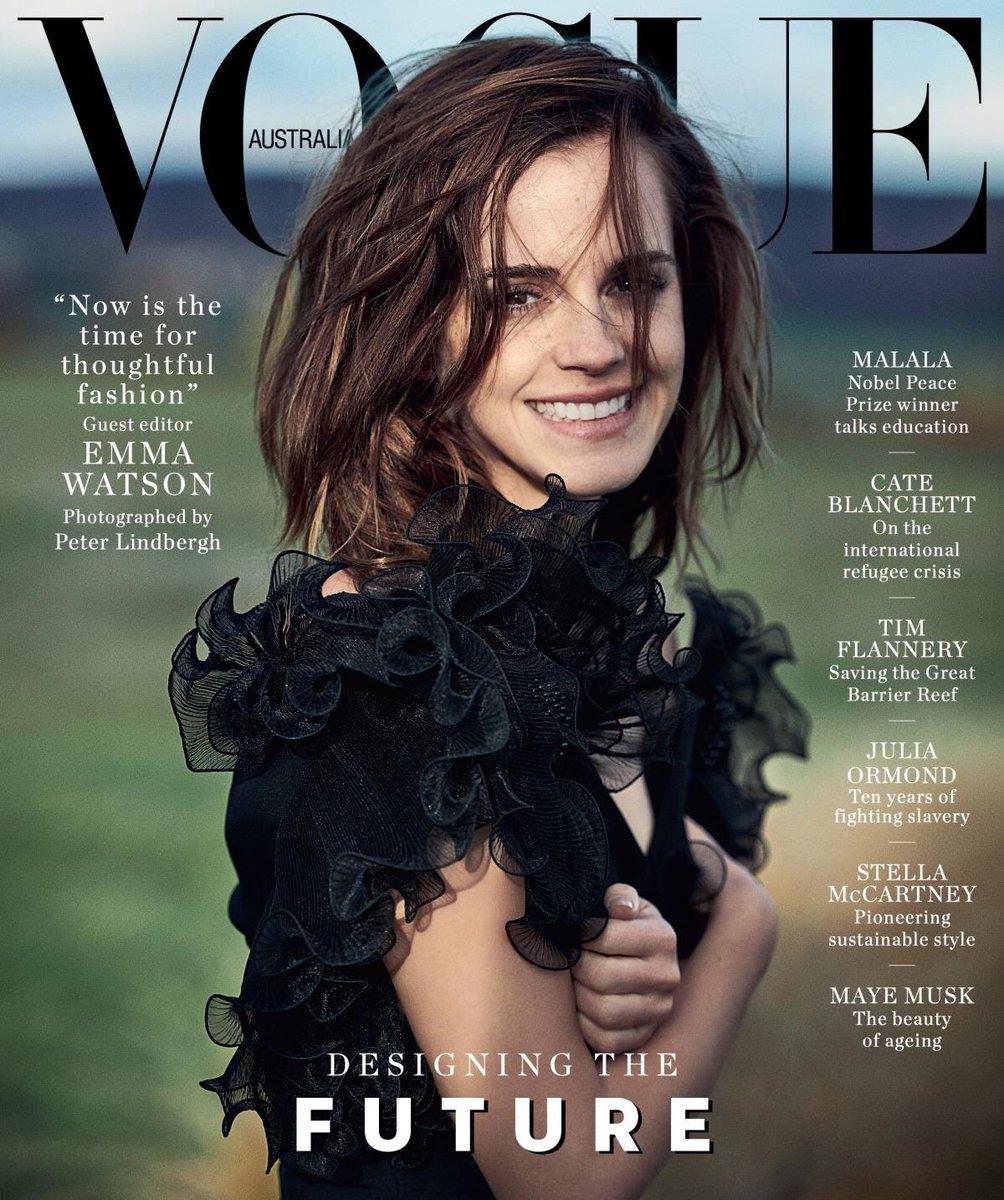 Emma Watson Is Now a Magazine Editor (The Cut)
Actress Emma Watson is adding magazine editor to her resume: she’s a guest editor for Vogue Australia‘s March 2018 issue, which also features her on the cover. The issue, titled “Designing the Future,”  focuses on sustainability in the fashion industry and features pieces on designer Stella McCartney, model Maye Musk, and activist Malala Yousafzai.

Anna Dello Russo Is Selling Her Fashion Archive (Vogue UK)
Street style maven Anna Dello Russo is selling her personal fashion archive, which she has built over the past 30 years. 150 pieces will be available on Net-a-Porter and another 30 pieces will be auctioned off at Christie’s on February 24. Proceeds from the sale are being donated to the British Fashion Council Education Fund.  “My clothes are like my children,” said Dello Russo. “I don’t want to sell any children!” Unless it is for charity, that is.

Karl Templer Responds to Sexual Misconduct Allegations (Business of Fashion)
Stylist and creative director Karl Templer has issued a statement denying allegations of sexual misconduct detailed in a major exposé by The Boston Globe. “If I’ve ever inadvertently treated a model disrespectfully or without due care on a job, I’m truly sorry,” read Templer’s statement. “My work as a stylist includes adjusting clothes on a model. If I have ever made adjustments too quickly or brusquely, and my conduct was misunderstood, then I sincerely apologize. But I categorically deny ever acting with any wrongful intent.”

Remembering Stylist Judy Blame (Vogue)
Stylist Judy Blame, known for crafting many looks of the ’80s, died today at 58. Blame was part of the Buffalo Boys collective led by Ray Petri, who crafted images featured in magazines including i-D and The Face. Blame was also a cofounder of East London boutique The House of Beauty and Culture. British Vogue editor-in-cheif Edward Enninful took to Instagram to share his thoughts:

R.I.P. my dear Judy. I will always remember our house on Mortimer Road, fun days at @i_d, your kind heart, unparalleled creativity and how you pushed me to be the editor I am today. I will miss you always xoxo #JudyBlame #legend

Khloé Kardashian Reveals Pregnancy Complications (Harper’s Bazaar)
In a brief clip from this week’s Keeping Up With The Kardashians, Khloé is seen at the doctor’s office and later on her couch where she tells her sisters, “Literally, I like can’t walk.” Kardashian, who was keeping her pregnancy private for a while, has now confirmed she has a boy on the way and is giving her fans an inside look at the struggles she’s facing. Following what Khloe said to her sisters, Kourtney suggested that she immediately contact her doctor. Now, around 31 weeks pregnant, she appears to be ok, posting on Instagram as usual. Her most recent post is a picture pre-pregnancy promoting her latest episode of Revenge Body,” writing, “Hi old body, I’ll see you very soon! I promise.”

Kim Kardashian on That Time She and...