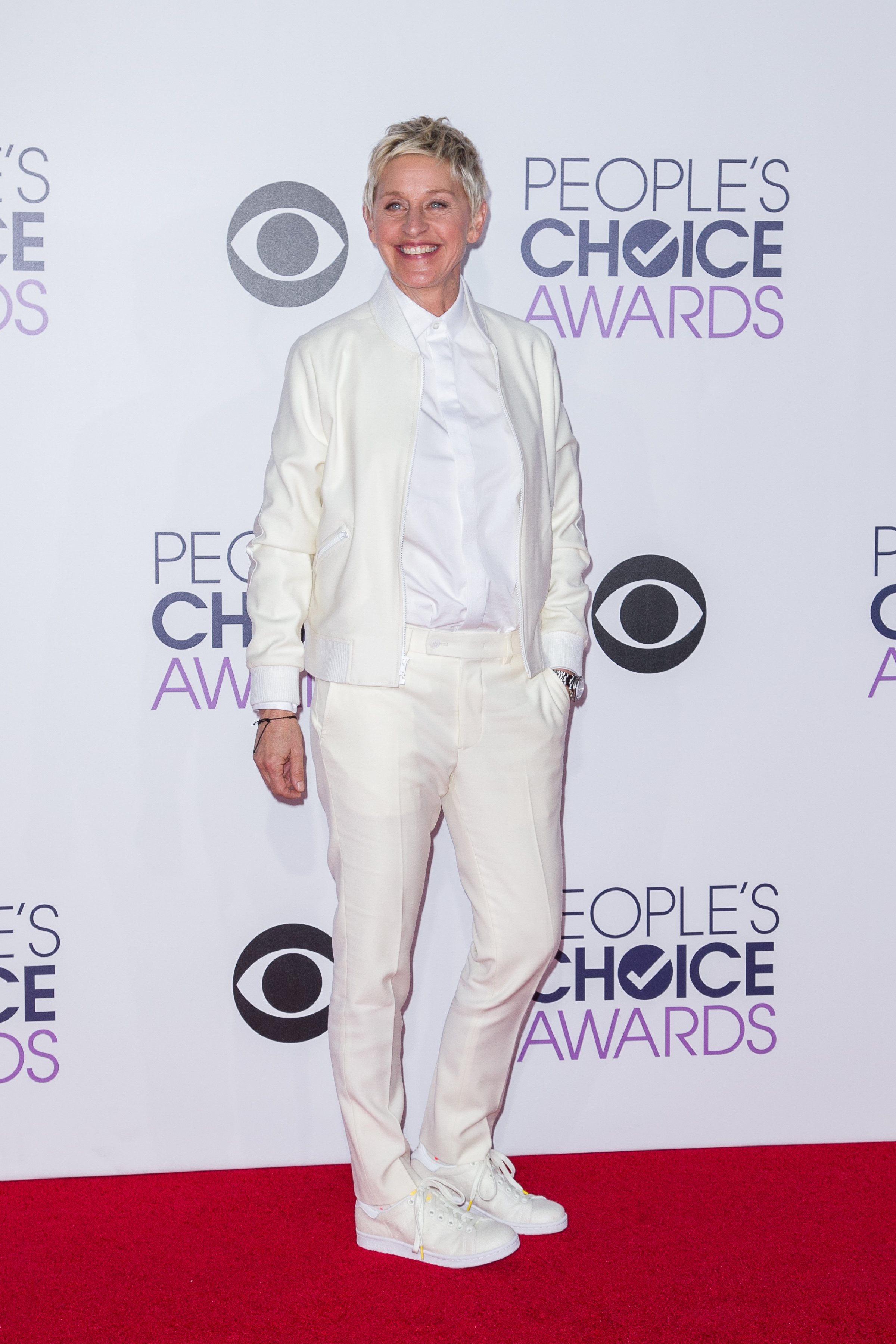 Last night on the red carpet for the People’s Choice Awards, Ellen DeGeneres revealed a teaser for her new clothing line that will be launching this May. DeGeneres told E! Entertainment’s Giuliana Rancic that the off-white jacket and pants she was wearing were actually just made. She paired pieces from her forthcoming line with a Saint Laurent shirt and, on the footwear front, Stan Smith’s from Pharrell‘s collaboration with Adidas. Ellen’s new line will be called E.D. after her nickname “Ed”, which is what her closest friends call her.

E.D., which will be a lifestyle and clothing brand, is being developed with Chris Burch of Burch Creative Capital, who recently announced the shuttering of his C.Wonder clothing brand. C.Wonder caused quite a stir when it was first launched, drawing attention for its uncanny resemblance to ex-wife Tory Burch‘s aesthetic. Although E.D. will not debut officially until May, a capsule collection debuted on QVC  and included items like plaid blankets, glass bird ornaments, coffee mugs with animal tails, and a wooden cheese board shaped like a cat. What do you think about Ellen’s fashion foray?

Bye! ‘Canceled’ Celebrities Who Lost The Most...