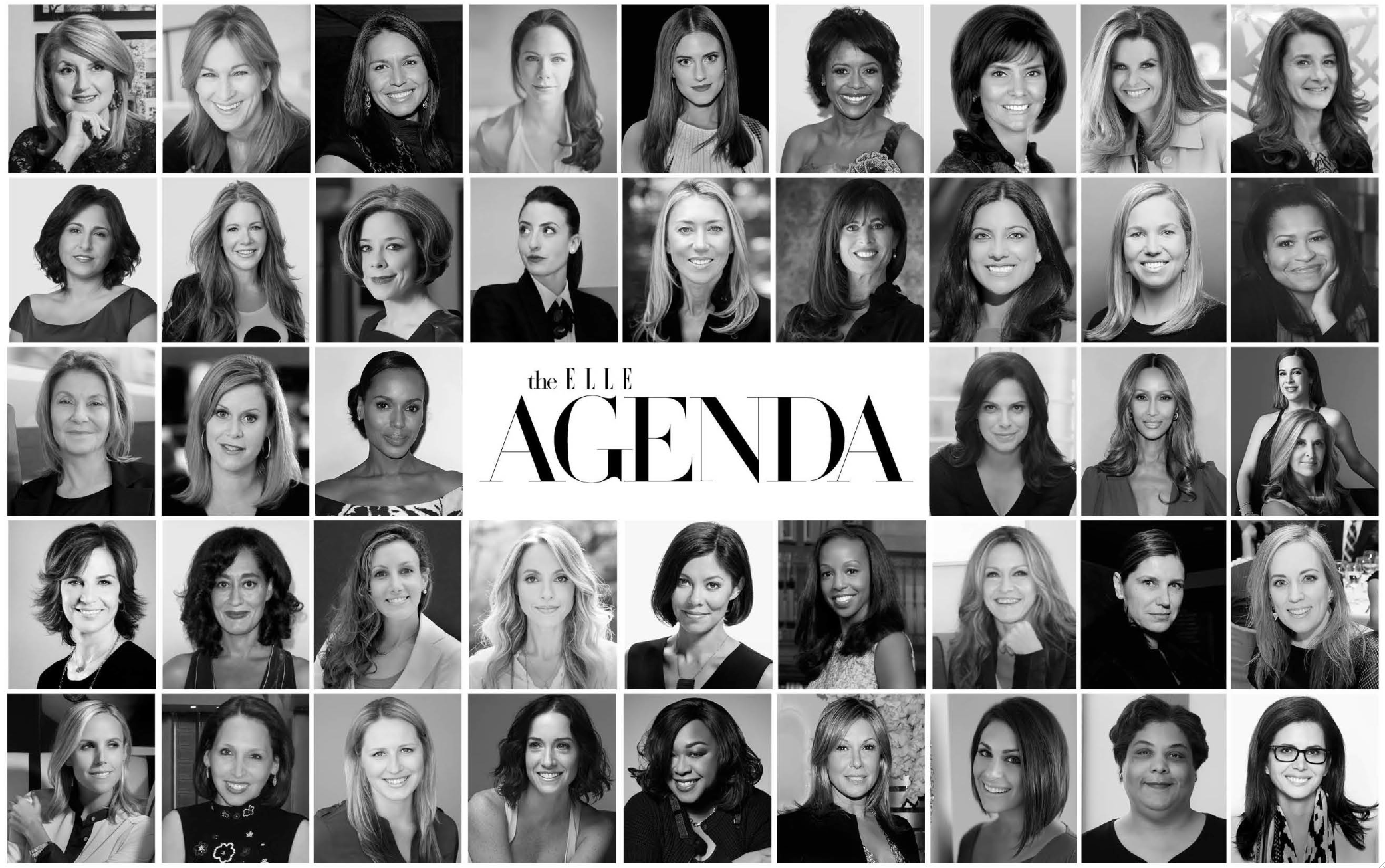 ELLE is toasting three decades next year, and they’ve got plenty in store for the anniversary. To wit: The Agenda, an intriguing new project (just one of many projects for the big birthday) that debuts in the glossy’s January issue, which hits newsstands today. The mag chose 43 incredible women from a wide array of fields. So, what will they do, exactly? According to EIC Robbie Myers in a post on ELLE.com today, it’s “a yearlong conversation that will result in a manifesto of actionable ideas, concrete next steps, and a call to action enabling women across the country, and around the globe, to help make the world a better place for women.” In addition to celebrating ELLE‘s 30 years in the U.S., it’s Myers’ 15th anniversary at the mag, so they’re celebrating that, too. The Agenda-ettes include Tory Burch, Iman, Allison Williams, Kerry Washington, Full Picture’s Desiree Gruber, Jane Pratt, Arianna Huffington, and SoulCycle’s Elizabeth Cutler. A group of Agenda members gathered for a dinner last Tuesday at the Beatrice Inn to kick off the endeavor and get their collaborative, world-changing efforts going. Next month, the mag will throw a similar event in L.A. Following the project’s introduction in the latest issue, expect a monthly column in print called (you guessed it!) “The Agenda,” which will chronicle how ELLE‘s power posse are making things happen.