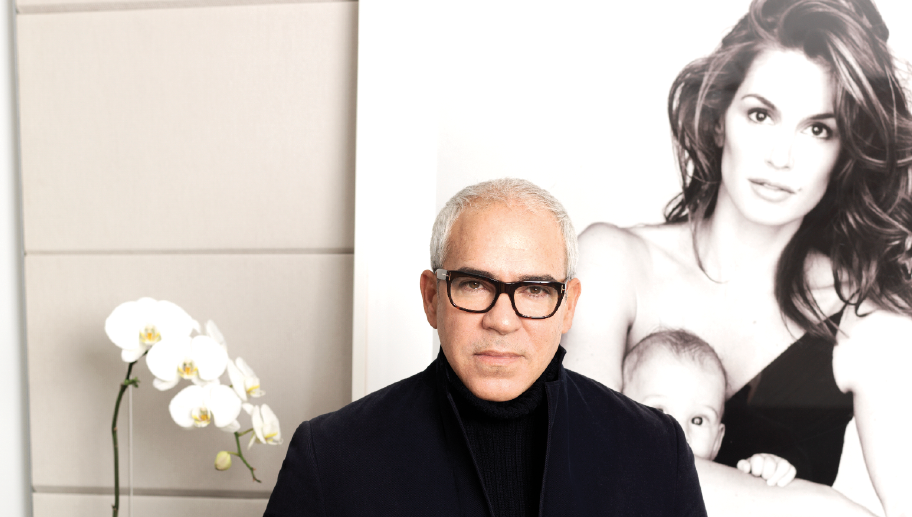 He’s an industry veteran who has lent his golden touch to a wide array of glossies, from L’Uomo Vogue to Marie Claire. Now, Alex Gonzalez is tackling the world’s biggest fashion magazine as its new creative director, just in time for Elle’s 30th anniversary.

Does the March issue feel like it’s 100 percent Alex?
I wouldn’t say that, but this is the one where the final evolution of about six months’ worth of work has landed. A magazine is always evolving. I’m very self-critical, but I am proud of the issue. The market will be the final judge.

Any favorite stories in the issue?
Michael Thompson is always an absolute pleasure, so working with him on the Katy Perry story was amazing. Lori Goldstein is another great collaborator. Liz Collins has two incredible stories in the issue, as well. We took her to Jamaica.

Jamaica is so close to Cuba. You’re Cuban. How do all the Cuban developments make you feel?
I’m cautiously optimistic. My dad was a diplomat, so I’m all for diplomacy. It’s about time! It’s the next step for the people of Cuba, but I remember growing up in the early years of Communism, so there’s a bit of baggage.

When did you leave Cuba?
In 1969. I’m a “persona non grata.” Once you leave that way, you’re never really welcome back, in theory.

There are tons of chic Cubans like Ruben and Isabel Toledo.
I know the Toledos and Narciso Rodriguez really well. There are quite a few Cubans out and about.

Have you started Elle’s huge September issue?
In concept, we’re putting out feelers and germinating ideas. It’s all a work in progress, but it’s around the corner.

Why not put a model on the cover? Don’t you love models on the covers of magazines?
I love the fact that models are all about glorifying fashion, whereas celebrities are their own people, even though I have historically seen them through a fashion lens. In many ways, they are their own brand, so we have to be very respectful of that. Having said that, I love the challenge: How do you diplomatically seduce them, convince them, and involve them in the process? In the case of Katy Perry, we did something a bit more unexpected. Our Rihanna cover was a dream collaboration because we convinced her to strip down—none of the razzle-dazzle, none of the performance—and she’s beyond exquisite. We shot her in couture, and that was enough. And it was a process to convince her—she felt somewhat naked. The persona, supposedly, was gone, but then she loved the pictures.

You’re a diplomat, like your dad.
That’s absolutely true.

You’ve worked on so many great magazines like Flare, W, and L’Uomo Vogue, which we are obsessed with.
I have a long, long history in publishing. My first gig as a full-fledged creative director was at German Vogue, and then I ended up working with Manner Vogue, which was their version of GQ. I did that for several years, then I came back to GQ in New York to work for Art Cooper. I then art-directed Mirabella, which is also Robbie Myers’ alma mater. Then I was asked by Franca Sozzani and Jonathan Newhouse to help them relaunch L’Uomo Vogue in Milan. Every art director has an editorial project that launches them, and that was my launching pad.

You worked with Steven Meisel a lot.
I did, but I also worked a lot with Bruce Weber and Steven Klein. You know, L’Uomo Vogue was an unusual project. It wasn’t a magazine that needed to sell on the newsstand—it was a magazine that needed to surprise the industry. We could take tremendous chances around the confines of what is appropriate for men’s fashion. I just saw Gucci’s men’s show, and it reminded me of the work that I used to do there with Paul Sinclair.

You pushed the envelope at L’Uomo Vogue.
It was the surprise factor—we had an idea that we could bend the male aesthetic a little bit. Everybody else was doing this hypermasculine thing, and we went completely the opposite way. Working with Paul was an absolute dream, and we offered some of these photographers a new way to shoot these subjects. They were essentially high-fashion photographers with not a great interest in menswear, per se, but they got into it.

When you moved to New York, you started an ad agency, A/R New York, with your husband, Raul Martinez. You guys really rocked it.
We did that for many years. We’ve had a very successful run with the agency, and we still do. We did campaigns for Dolce, Valentino, and Versace for over a decade. We worked for Ferragamo, and did the Escada campaigns with Meisel…the list is long. We’ve had a great run. We did sell the agency to Publicis Paris, but we are the founding members and we are still involved. I love branding and advertising, and I’m very proud of the work the agency has done there, but I always did love editorial projects. When I was asked to launch Flare, I jumped at the chance. I was with them for only a year and a half, but it was an incredible ride.

Do you ever sleep?
I actually do sleep, and I have young children and I’m very devoted to them. I actually took a three-year sabbatical between all this, for my kids.

So what’s your secret to getting sleep? Please tell us!
I think once you’re home, you’re home. I’m famous for answering e-mails in five minutes, but there is time for homework and dinner. After we put the kids to bed, we do what we need to do. I’m very, very old-school, and I do believe that if you work really hard during the day, there has to be a time when you disconnect. I mean, what we do is not rocket science.

Your covers at W were so artsy and cool.
I love the work I did with Stefano Tonchi during that time. One of the most memorable projects we did was a multiple cover shoot with Kate Moss—good Kate, bad Kate. We also repositioned Kristen Stewart. She wasn’t necessarily considered a fashion It girl, but the amazing cover story we did with Edward Enninful and Mert and Marcus was unbelievable fun.

How do you see your role at Elle as it turns 30?
Historically, what I’ve done with magazines thus far has been to come in and work very intimately with the editor in chief and, in some cases, the publisher to help reposition a brand. With Elle, it’s a different matter. I really do see my role here as a long-standing one. I want to continue to help Robbie evolve the book. There’s a fine balance of being respectful to the heritage of the brand but moving the book forward. Fashion, by definition, is about tomorrow, and yet I’m sitting in a brand that has tremendous heritage. That’s what makes a book like this so terribly exciting. Robbie provides great editorial content, so it’s a fashion book with gravitas.

We heard you were offered the creative director job at Glamour.
I don’t think I was ever offered Glamour.

You’re being modest and polite, which is very chic. Your husband Raul [Martinez] works at Condé Nast and you’re at Hearst. Is there competition? Magazine wars?
There is incredible sensitivity to church and state, particularly now that children are in our lives. We do not speak about work at home, and the work reflects that. What I do is very different from what he does.

You’re a total diplomat! But fashion publishing is still a cutthroat world.
It’s a competitive environment, and the upper echelon of publishing has to be. It’s even more competitive these days.

What makes a shoot really work?
Layering. I’m not terribly thrilled about the idea of one girl, one dress, and one studio. There should be more going on. And a shoot should reflect what is happening on the streets, particularly with a magazine like Elle.

We hear you’re a good cook.
I’m fairly competent in the kitchen, thanks to my time in Milan. I would go to my friends’ houses and be the foreigner in the kitchen with a glass of wine.

What’s your best dish?
I make a mean spaghetti alle vongole. Perhaps I’ll have you over someday!