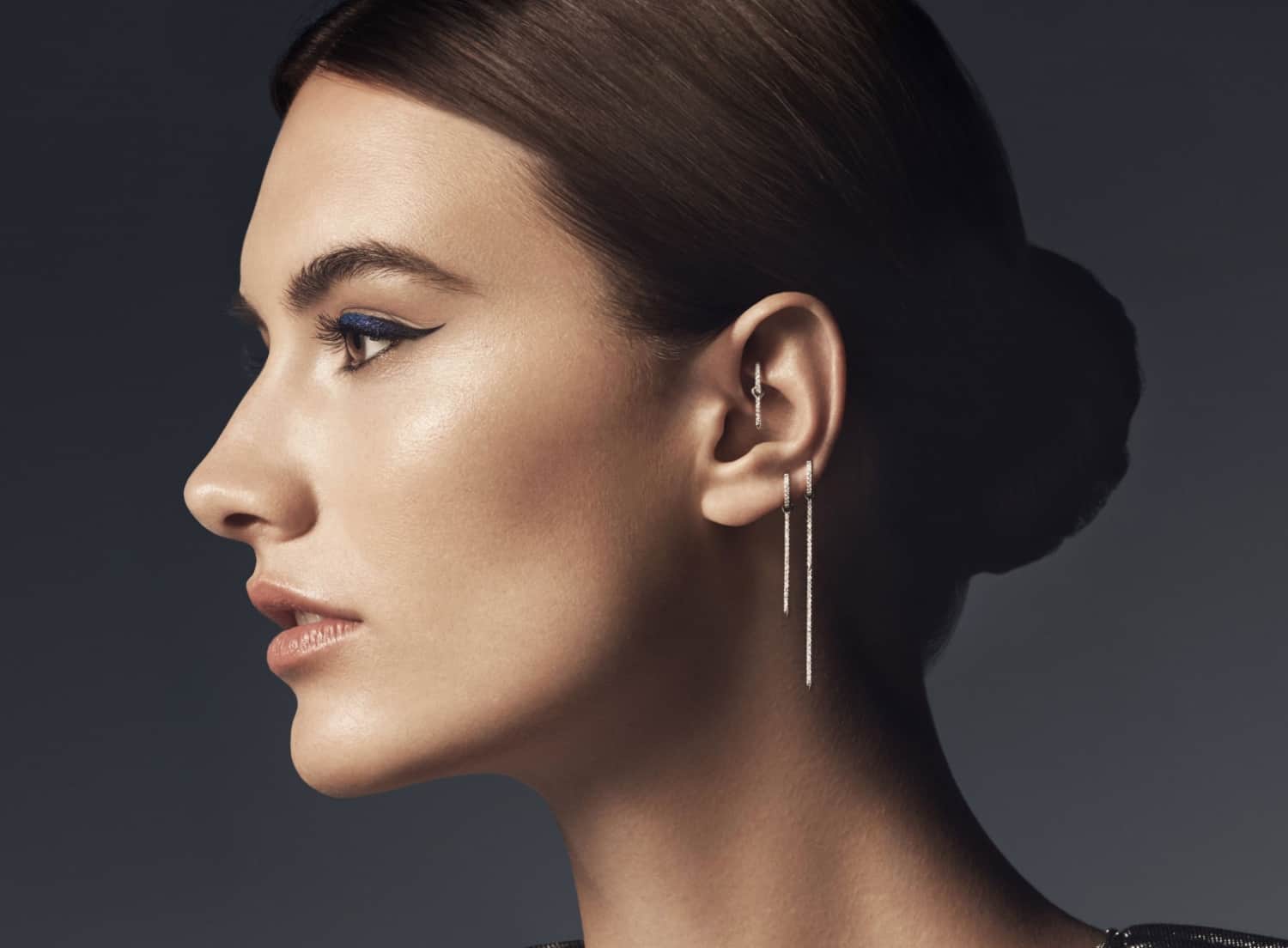 What: Maria Tash has released her new Charm Capsule Collection—and can we just say, your hoops and huggies could never! These sleek diamond thread-style earrings promising your “curated ear” (a saying invented by the world-famous NYC fine jewelry designer and luxury piercer, by the way) looks more dramatic and arresting than ever.

Who: With her piercing and jewelry styling locations around the globe, Maria Tash has popularized the idea that your ear piercings are an extension of your personal style.

Why: This collection introduces two new bar designs in five lengths (7mm to 50mm), which represent an evolution of the existing diamond eternity ring styles. The reversible earrings incorporate double-sided gem stones, meaning you get two distinct options in one piece of jewelry. They’re also engineered specifically to follow the wearer’s natural movement—i.e. it’s not going to haunt you while you downward dog in your next yoga class! As Tash says: “My new charms feature double-sided gemstones that are low profile and can be reversed for two distinct aesthetics. The studs can also be flipped for a diamond or gold face. Both the charms and studs move with the wearer and I designed several lengths and gem combinations so clients can layer and create dramatic pairings.”

See below for a teaser:

Where: www.mariatash.com, and in select Maria Tash locations globally.

Olivier Rousteing Went Up In The Air—And Out Of This World!— For Balmain Fall ’21

Five Jewelry Brands To Know Before You...