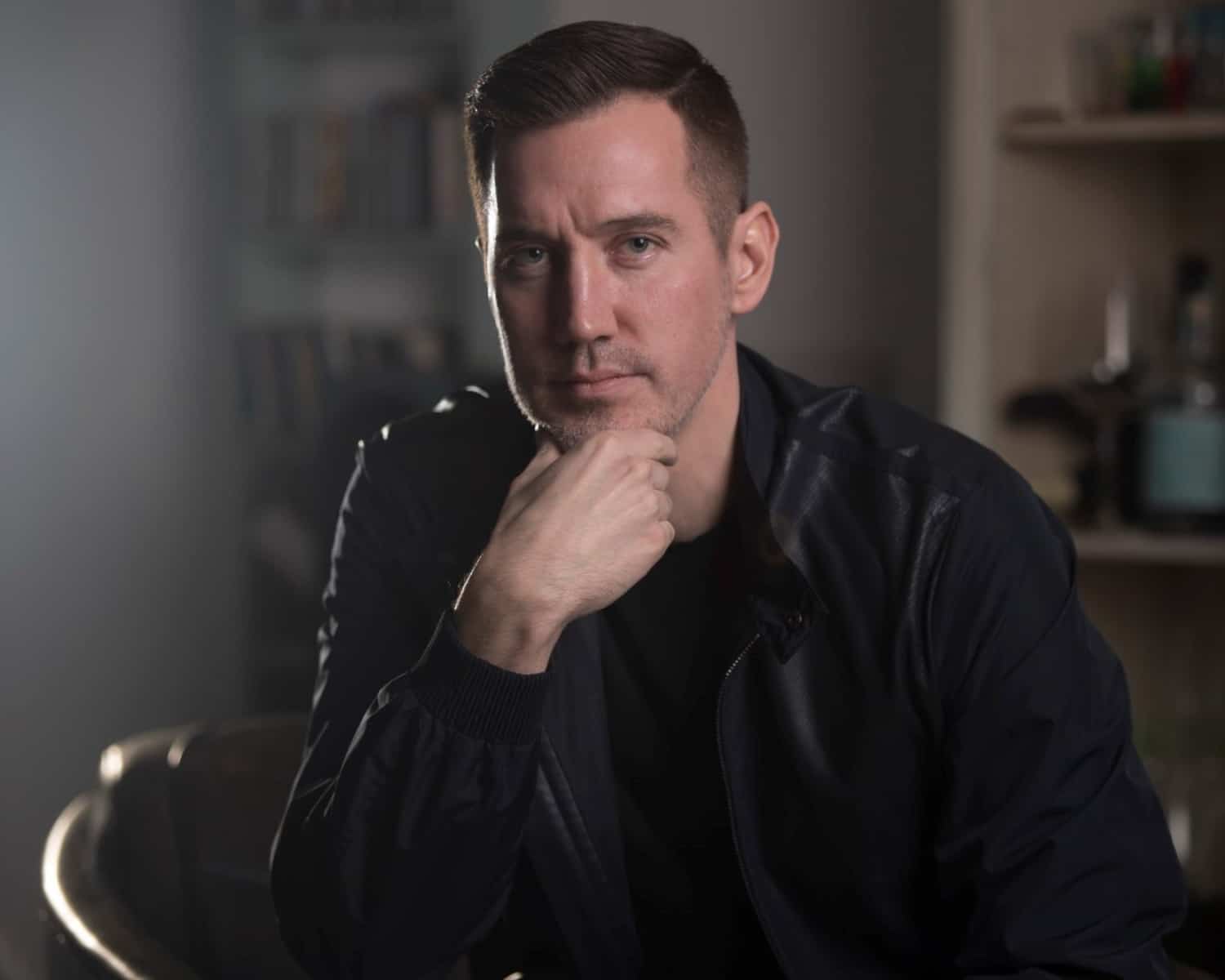 An actor – extraordinaire, a doting father, and a believer in finding happiness in the moment; Matthew Sauvé opens up about his journey. “If something is meant to happen to you, it will not go past you.” Prolific actor Matthew Sauvé truly brings this saying to life. Sauvé began his acting career in 2012 with commercials and bit parts in TV and Film. Some of his credits include the One Night Stand, RoboCop, and The Captive, amongst others. Treasuring his childhood dream of becoming an actor, Sauvé couldn’t resist following his heart through his 12-year career in policing. His immense love for acting and movies dates back to his childhood. He fondly recollects, going to the movies with his two elder brothers and being in awe of the entire theatrical experience. “Growing up in a household that wasn’t supportive of performing arts, I felt acting wasn’t an option. I followed in brother’s footsteps; I joined the Police Department. In the end, I had to listen to the voice inside of me, calling me to my vocation. That’s when I left policing altogether to become an actor.”

So, what inspired him to pursue acting?
Matthew believes that movies are the liveliest form of storytelling. They are an opportunity to create a magical reality that can uplift someone from heart-breaking sorrow or inspire to surround oneself with hope. “The reason I wanted to be an actor is to free the audience – even if it’s just for 2 hours. Movies have helped me get through some of the darkest times in my life. They are a relieving break from the challenges that life throws at you.” As he watched his idols perform artistically on the big screen, their work would heal and inspire him. Sauvé says that as an actor, if he can create the same magic for his fans, he would be more than happy.

The Transition
As Matthew steadily works his way to becoming an actor who is loved across the world, he says when it comes to movies, he enjoys the complete process of creating them. Right from building the story to production, lighting, hair, and makeup, and working with the entire cast and crew on set as a team – each part of the process excites him and not just the end result. “Great things occur when you let them unfold naturally, rather than constantly thinking about the end product. Apart from TV series and short movies, Matthew was also a stand-up comedian in his early years. Last year, he was hired to direct a 2-day casting session for the upcoming Netflix series “Age of the Samurai.” His short film, ‘One Night Stand,’ has over 100 nominations and won over 60 awards globally. He’s already preparing for his upcoming feature film; it will be written by himself, Matt Olver, and Réza Sholeh, who will also be directing.

Matthew’s critical acclaim
The past two years have been surreal for Matthew. He received critical acclaim winning over 40 ‘Best Actor’ awards worldwide. In Canada, his film “One Night Stand” won 2nd place in the 2019 CTV ‘Best in Shorts’ national competition. Highlights include winning ‘Best Lead Actor’ at the West Europe International Film Festival in Brussels, nominated in the same category as famous Hollywood actor Vincent D’Onofrio for the second time. In November of 2019, while attending the East Europe International Film Festival, Matthew was invited to the Canadian Embassy in Warsaw, Poland, to meet the Canadian Ambassador. In early 2020 Matthew was personally invited to The 6th Annual Morton E. Ruderman Award in Inclusion Ceremony honoring Peter and Bobby Farrelly (The Farrelly Brothers) at The Waldorf Astoria Hotel in Beverly Hills, CA. Matthew has been featured in magazines and press all around the world, most notably in Forbes, where he was recognized for his acting technique and craft.

Passing on his love for acting
On weekends when he’s not working, Sauvé spends his time with passionate little actors and conducts acting workshops for kids. He knows the way to ease out their nervousness and pushes them constructively. Matthew added, “Sometimes when there are 2-3 takes, I’d applaud and tell them – Yes! That’s it; we got it! Once the pressure is off, the kids would deliver a stellar performance. That’s the beauty of just freeing someone from the shackles of expectations and pressure.” These children motivate him to apply the same lessons into his own life – to go out there, do what you love irrespective of what others think about you.

While Matthew has several significant projects in the pipeline, he remains humble and focused on his craft. His journey is unique, and his transition enabled him to follow his dreams, which he encouraged to do as well.

Actor Shivam Phutela on how to leverage...