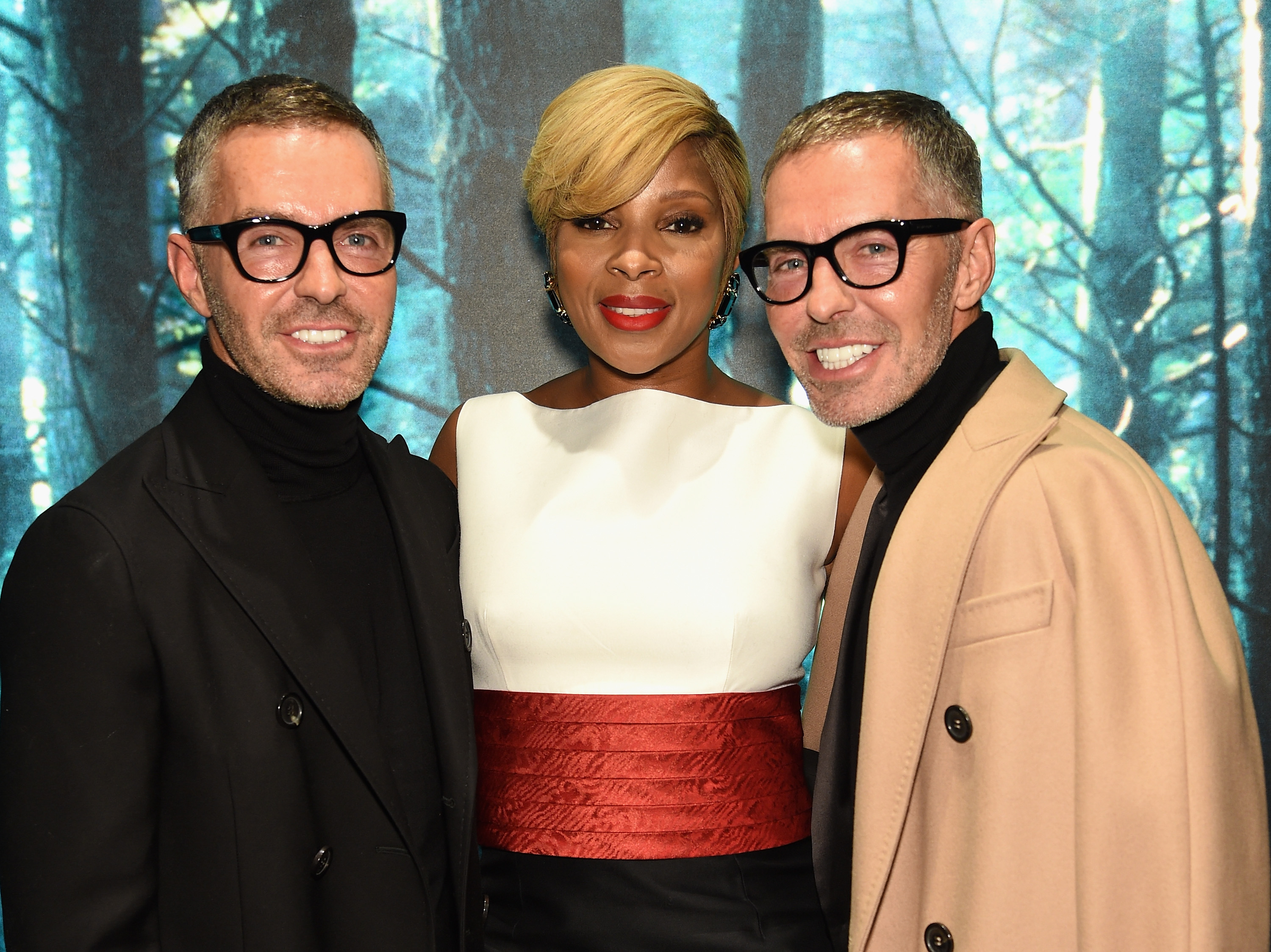 Last night, DSquared2 unveiled its newest flagship location on the corner of West Broadway and Spring Street. “This store is about Canada, mixed with industrial design. Canada comes in with the antlers and the woodsy feel,” Dean Caten told The Daily. “It’s our heritage, but we want it modern!”The twin designers were joined by a bevy of bombshell models including Chanel Iman, Tyson Beckford, Cory Bond, Inga Kozel, and Svetlana Acquista. “I feel like a badass in my DSquared2 tonight,” Iman told us in the midst of a paparazzi crush; she was decked out in a minidress and biker jacket for the occasion. “I’ve known the guys since I was 16, so I love wearing them all the time. And this is probably the shortest dress I’ve worn since I was 16!” Mary J. Blige made a brief appearance, and also confessed her love for the twins and their designs. “I love their men’s baggy jeans, and I love their eyewear, and I love their jackets, and their jewelry,” Blige said. “I love it all. I really can’t even begin to decide on any favorites!” Meanwhile, the Caten brothers have decided on is their plan for their next season of shows, though that’s subject to change. “We’ll be showing in Milan…for now,” Dan said with a coy smile. “We’re not breaking any superstitions.” The two then carried on the festivities with an intimate dinner at Indochine.

Katie Hillier And Luella Bartley Strike Out On Their Own