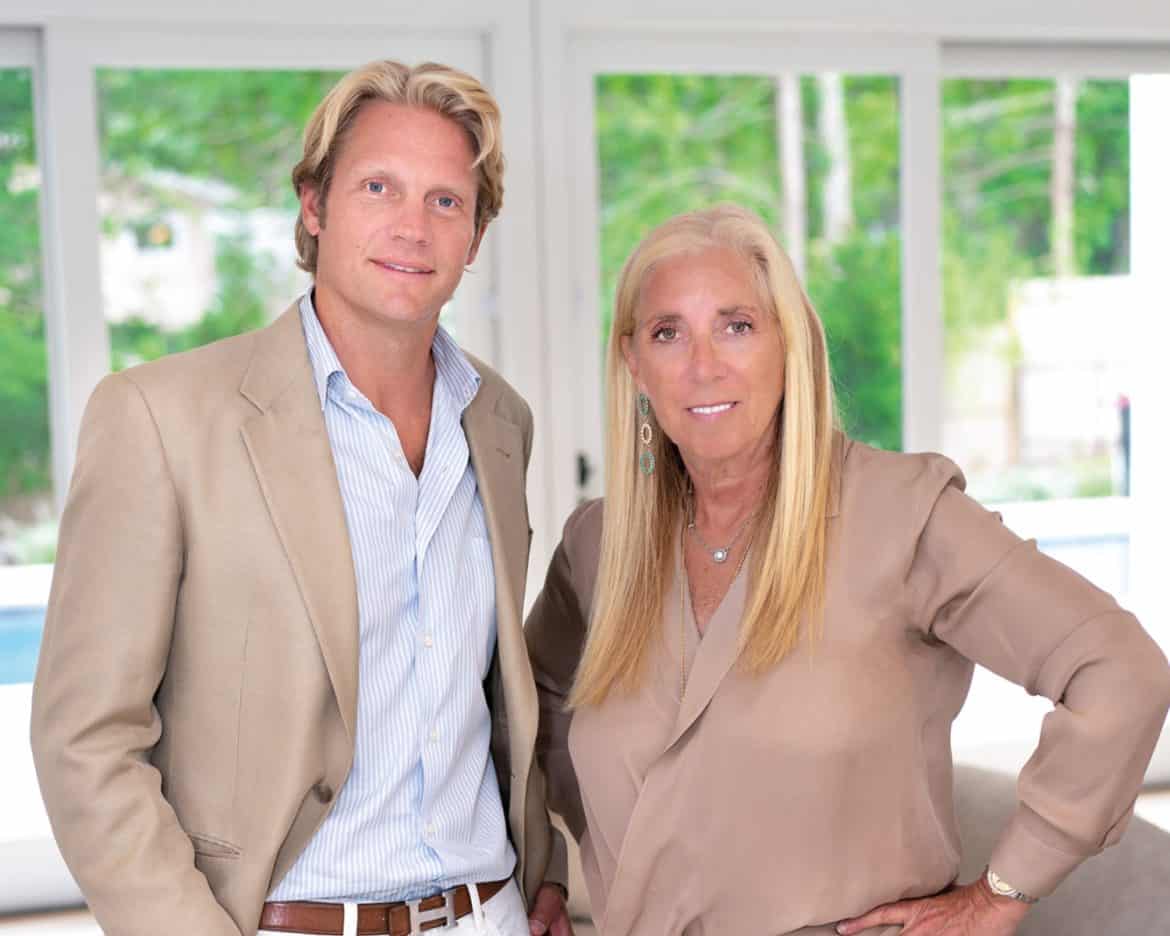 Douglas Elliman’s Kyle Rosko and Marcy Braun are on a roll this year with another magnificent home ready for new owners. The duo is representing a one-of-a-kind Wainscott property, in addition to several new builds on the way. They tell The Daily about this spectacular waterfront estate on nearly 14 acres on Georgica Pond.

How did this property come to you?
Kyle Rosko: The 30 Mathews Road property in Wainscott came about because I’ve been working with Stefan Soloviev. He’s is the heir to the Sheldon Solow family. We’ve been buying properties on the North Fork together, and we built a relationship many years ago. It’s worked out well. Unfortunately, his father passed away last year, and this was the home that he built as his dream home. It was built by renowned builder Ben Krupinski, who was a good friend of his. They built the house together in 2009. 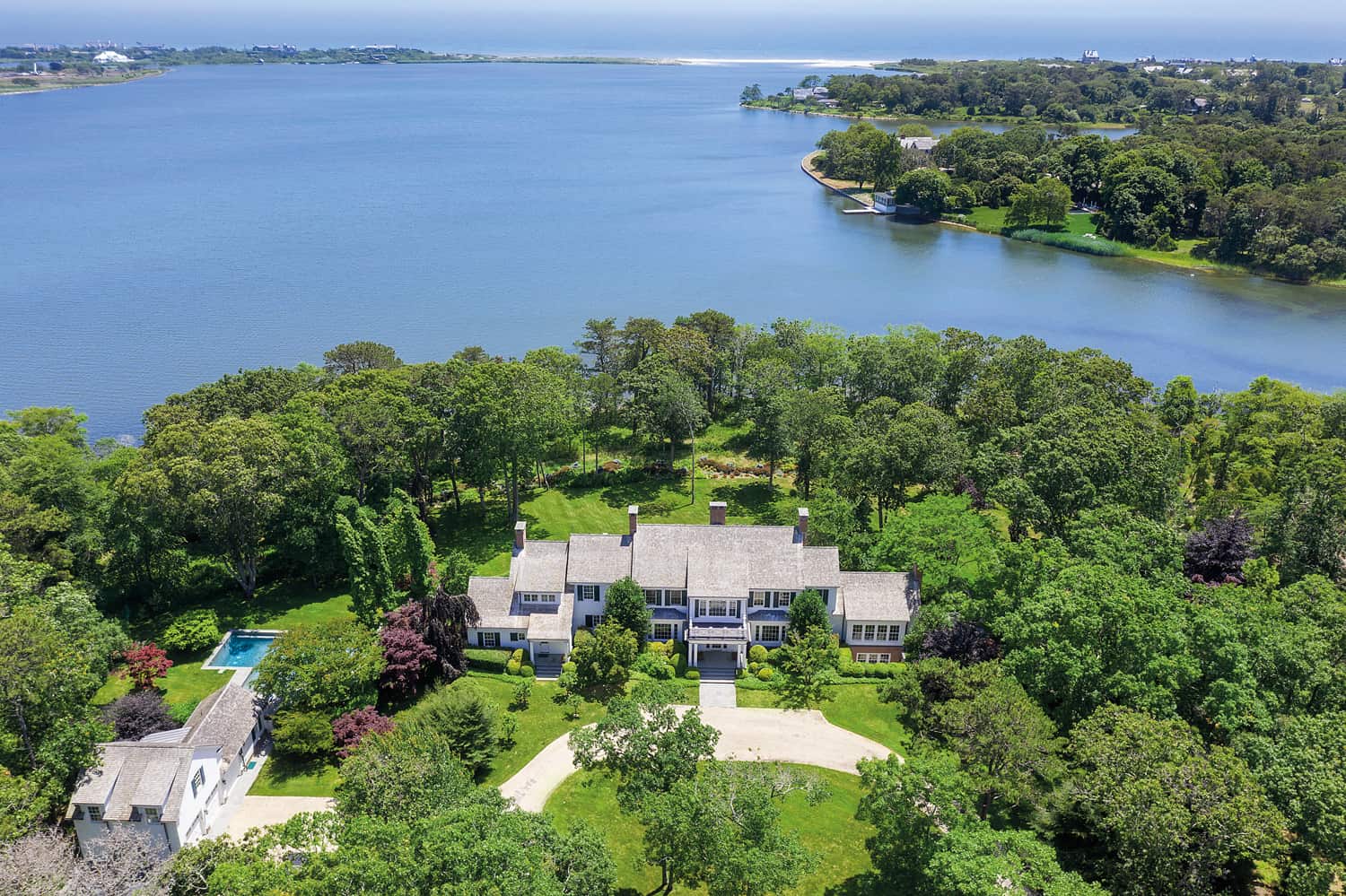 What is it about this place that makes it one of a kind?
Rosko: It’s an ultra special property because of the privacy levels you achieve. The waterfront wraps almost in a complete peripheral vision from your backyard. You step onto the back porch and you look south into the water into the ocean. You’re surrounded by water 100 percent from eye to eye. You don’t see anything but water. It gives you a sense of being on an island. It’s on Georgica Pond, otherwise known as Golden Pond because the real estate values are quite high. The privacy levels are uncompromised. There’s a bald eagle that lives in a tree on the south portion of the property. Every time you walk into the property in the backyard, the bald eagle will get down over the water and run away from you.
Marcy Braun: I would say unequivocally the placement on Georgica Pond with views from all areas of the sprawling home make it unique, including the view of the ocean beyond the pond’s cut. The absolute privacy is also not easily replicated.

It looks like a great place to entertain.
Rosko: We had an open house recently and 20 brokers stopped by on the two great lawns. You could have 250 in the backyard comfortably. It would be spectacular.

What’s the inside of the house like?
Rosko: It’s a Paul Rice design. He’s a prominent architect out here. It’s a seven-bedroom house. There’s a magnificent pool house and garage area that’s completely separate from the house. There’s beautiful covered porches and a giant master bedroom porch that overlooks the water. The finished lower level offers open recreation space, a home theater, gym with steam shower, along with a seventh bedroom and the ability for an eighth bedroom.
Braun: Another quality is that you can subdivide the 14 acres into two separate waterfront panels with two separate homes, two separate pool houses, and two separates tennis courts if you’d like.

What are some other draws?
Rosko: This was a raw piece of land, and the gorgeous landscaping has a lot to do with Stefan, who owns multiple tree farms out here. He’s got a green thumb and a big eye for beauty. He had some influence on the landscaping. It incorporates natural elements along with beautiful accent trees. There are lemon and lime trees planted for the season every year at the house. Braun: The screened-in porch offers a beautiful perspective of the home’s placement on the pond. 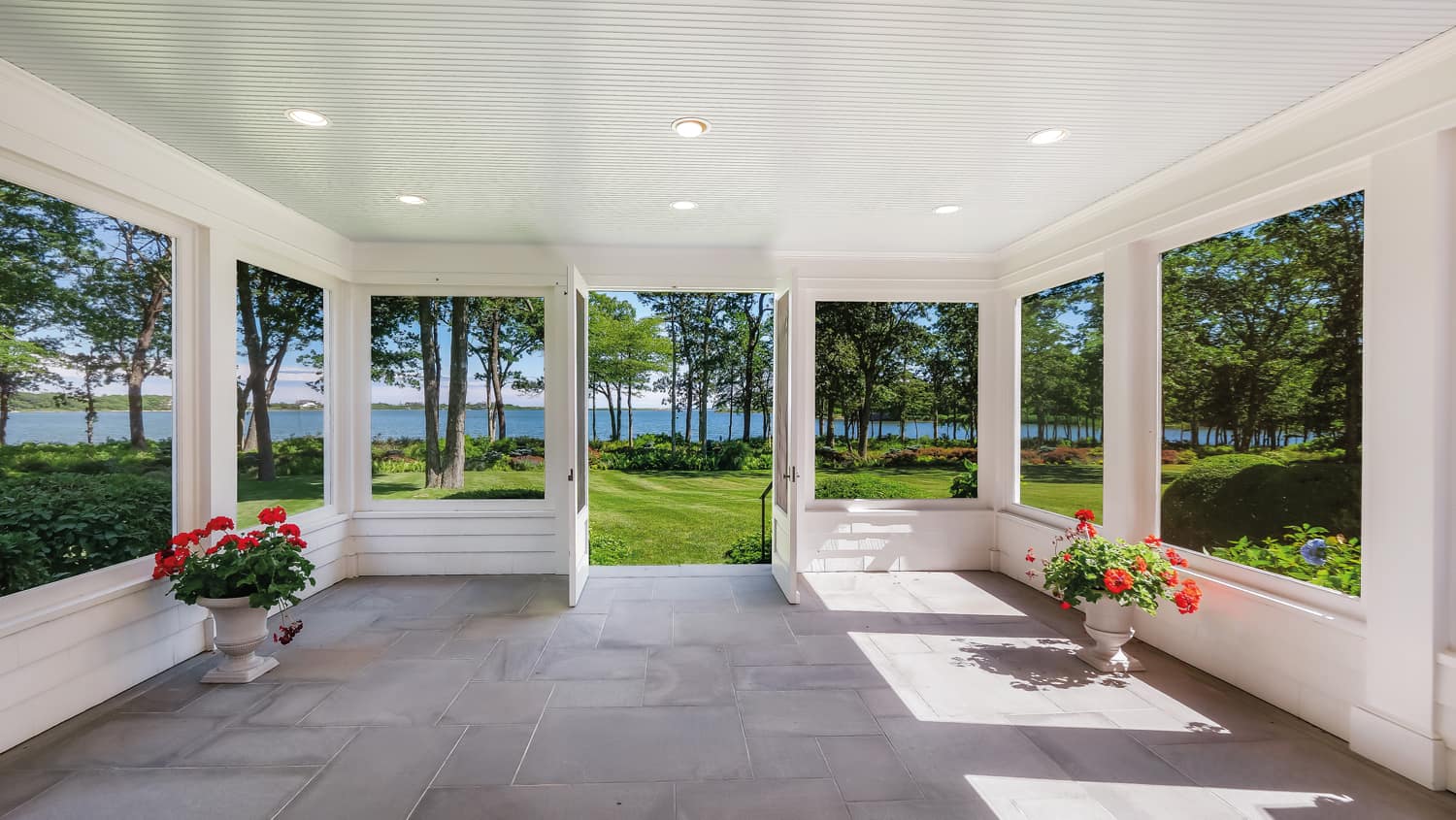 What else are you working on right now?
Rosko: We’ve got one special Southampton property, south of the highway, that’s being developed. It’s a six-bedroom property, more than half an acre with a beautiful pool house. It’s an old structure on the property that’s two stories and 680 square feet on the base level with a second story. To have a second structure of that magnitude is pretty special.
Braun: We’ve closed a few special waterfront properties, as well as a stunning property at 1899 Noyac Path in Sag Harbor. We’re excited to bring to market a few fabulous new projects with the same development group.
Rosko: These new projects include a 12,000-square-foot Water Mill property that’s going to be in the $7 million range. These new constructions are significant because there aren’t a lot available. We’re excited to be working with some prominent developers here and offering their properties. It’s an exciting part of the market right now. There aren’t just brand-new homes less than $8 million, and we have a lot to offer!

You’ve had a busy summer!
Rosko: We’ve been jamming!
Braun: Was it summer?

Step Inside with Dina Goldentayer