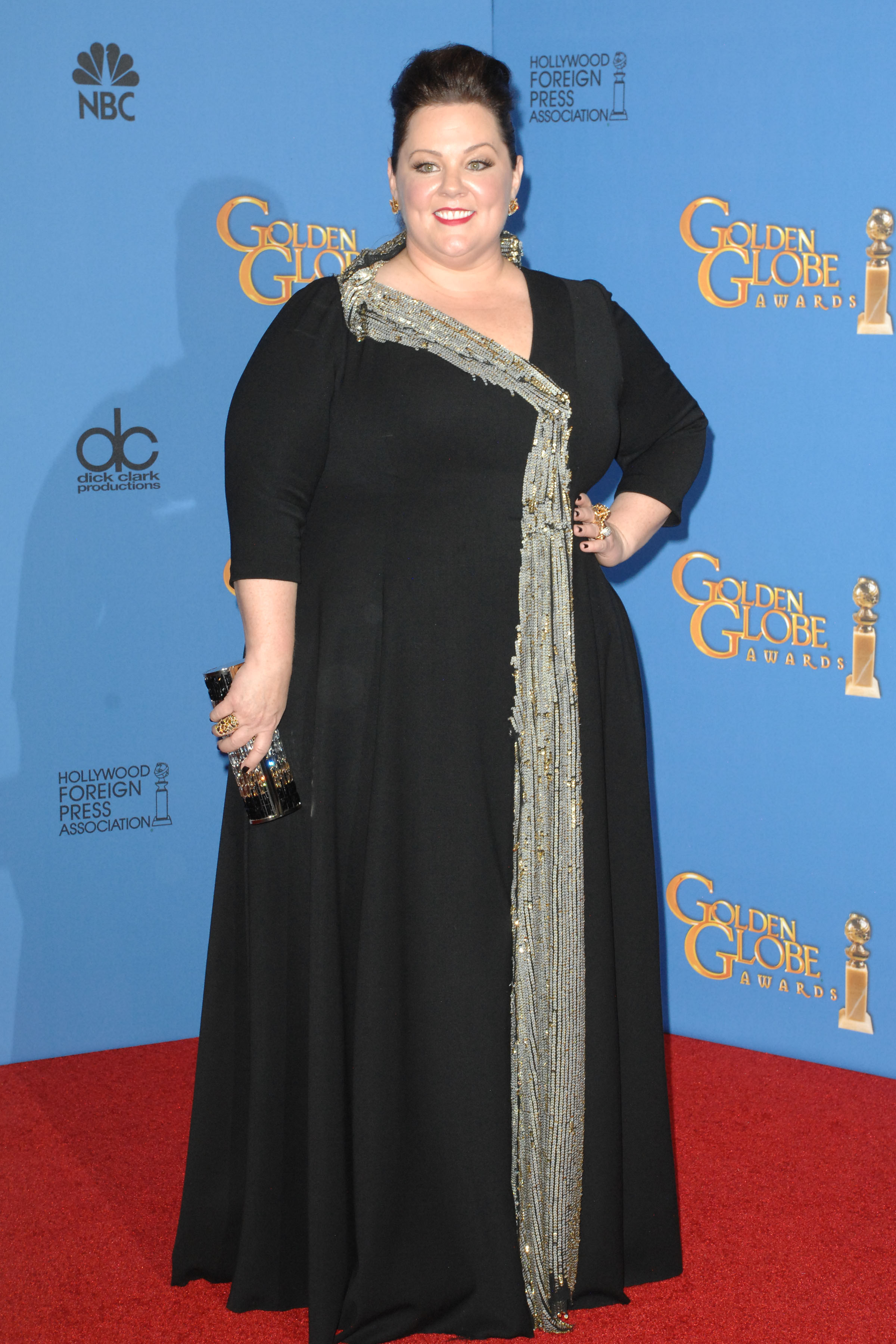 Melissa McCarthy isn’t naming any names, but, in an interview with Redbook, she reveals that major designers refused to dress her for the Oscars when she was nominated in 2012 for her role in Bridesmaids.  “I couldn’t find anybody to do a dress for me,” she says. “I asked five or six designers, very-high-level ones who make lots of dresses for people, and they all said no.” (This is where we OBVI would have asked her to dish out some names.) McCarthy ended up attending the show in a custom blush gown by Marina Rinaldi and shoes by Brian Atwood after working with Cameron Silver to style her. The situation made the Heat star take matters into her own hands and design her own plus-size line with friend Daniella Pearl called Pearl. “When I go shopping, most of the time I’m disappointed,” she says. McCarthy designed the gown she wore to to the 2012 Emmy Awards with Pearl. Look for her next in the upcoming flick Tammy with Susan Sarandon in theaters on July 2nd.

Lara Stone Recounts Her Past Pitfalls For Porter Mag