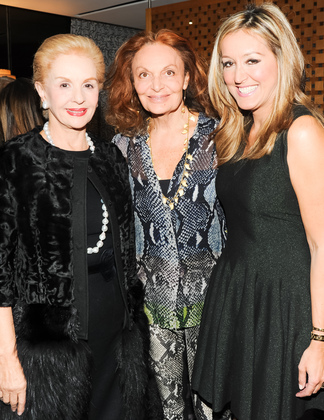 One invite that designers couldn’t say no to last night was the welcome party for Saks Fifth Avenue’s new president, Marigay McKee, at Diane von Furstenberg‘s Manhattan studio. DvF, Carolina Herrera, Prabal Gurung, Rebecca Minkoff, Donna Karan, Stacey Bendet, Nanette Lepore, and Georgina Chapman were a few of the CFDA card-carrying members in attendance. It was reported earlier this month that McKee plans to spend $1.25 billion (yes, billion!) to upgrade the luxury chain and attract some younger faces to the store, which was acquired by Hudson’s Bay Co. in November.

#DKNYDRAFT Kicks Off The Super Bowl