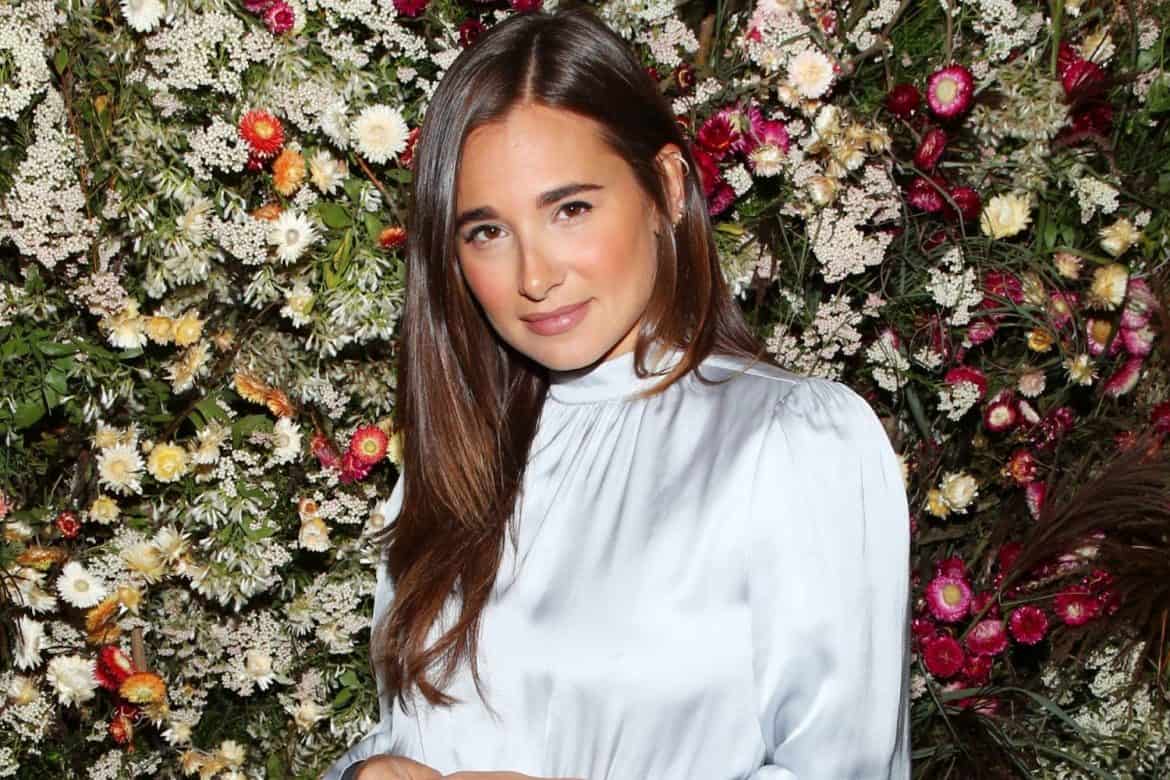 Danielle Bernstein has filed a lawsuit against The Great Eros, the Brooklyn-based lingerie brand who claim that the influencer stole their tissue paper design to use on swimsuits sold under her WeWoreWhat brand. The owners of The Great Eros originally took to social media to call out the 28-year-old New York native in August and had intended to file a cease-and-desist.

In response, Bernstein’s WeWoreWhat, LLC, and Onia, LLC, filed a suit against The Great Eros asking the court to formally declare that they did not infringe or copy The Great Eros on the design, which shows line drawings of female forms in various repose. In the filing, WeWoreWhat argues that the design was “inspired by the generally ubiquitous concept of silhouette drawings and work by the artist Henri Matisse.

“No one, including Defendant, owns the concept of silhouettes of the human form,” the filing reads.

When originally calling out the influencer, The Great Eros maintained that Bernstein had been introduced to their brand by a press agent, and shared side-by-side images of their tissue paper with Bernstein’s swimsuits and a temporary wallpaper she produced in the same print. In their suit, the plaintiffs point out the differences in design, and say that no one associated with Bernstein or her brand ever purchased or received product from The Great Eros wrapped in their gift paper.

But a copy of a complaint that The Great Eros intended to file—before they were beaten to the punch—proves that Bernstein did visit their showroom in 2018, and received products in exchange for promotion on her social media channels.

Danielle Bernstein aka @weworewhat has been pretty quiet since recovering from COVID, but it seems she’s been busy with some other tasks… namely filing lawsuits against small companies. @thegreateros, a 4-year-old Brooklyn-based lingerie brand and shop, has just announced they’re being sued by Bernstein and her manufacturing partner @onia. ⠀⠀⠀⠀⠀⠀⠀⠀⠀ In August, The Great Eros accused Bernstein of copying the signature nude print from their packaging and applying it to items from her @shopweworewhat line including swimwear, scarves, and even wallpaper. After sending a cease and desist to WWW on August 10th, TGE was met with the surprise lawsuit on October 15th, after Jeff Gluck, counsel for TGE, claims were some veiled settlement talks. ⠀⠀⠀⠀⠀⠀⠀⠀⠀ After denying their initial claims and any possible connection with their brand, Bernstein and Onia’s declaratory judgement lawsuit is still seeking the court to affirm that their print does not infringe on The Great Eros’ copyright, namely in that it was “inspired by the generally ubiquitous concept of silhouette drawings of the human form.” ⠀⠀⠀⠀⠀⠀⠀⠀⠀ TGE however, claims they have receipts proving Bernstein and Onia’s connection to the brand. Receipts provided to us show an alleged gifting request from Bernstein after showroom visit on August 23rd, 2018 and a web order from an Onia founder on August 15. ⠀⠀⠀⠀⠀⠀⠀⠀⠀ In a series of Instagram stories, TGE, now defendants, responded to the lawsuit. “…Danielle is taking us for everything we own over a design that she allegedly stole from us and is now suing us to bully us into submission,” the post read. “Know you didn’t just sue us with this lawsuit, you sued every small independent designer, business owner and artist…” • #thegreateros #brooklyndesigner #Brooklyn #weworewhat #designer #onia #swimwear #designerbathingsuit #bathingsuit #swimwear #print #illustration #linedrawing #figuredrawing #femaleform #figure #silhouette #bikini #lingerie #shoplocal #shopsmall #giftwrap #lawsuit #model #ootd #wiwt #dietprada

According to Fashionista.com, The Great Eros sent Bernstein a draft of a lawsuit they were about to file. Jeff Gluck, attorney for The Great Eros said that Bernstein’s quick move to sue them was a “bullying” tactic.

He told TODAY, “Ms. Bernstein’s lawsuit is nothing more than a crude bullying tactic intended to scare and intimidate small business owners, and it will be dismissed. The ill-advised decision to secretly sue The Great Eros has already backfired on her in spectacular fashion and we look forward to seeing her in court,” he said.

He also shared a list of more than two dozen “identical features” between the designs, including measurements, line weights, and end strokes.

He added that The Great Eros is calling on Bernstein, who “has a history of copying others’ designs and passing them off as her own, to end her lawsuit.

On their Instagram stories, the couple behind the four-year-old lingerie store said, “…Danielle is taking us for everything we own over a design that she allegedly stole from us and is now suing us to bully us into submission. Know you didn’t just sue us with this lawsuit, you sued every small independent designer, business owner and artist…”

Meanwhile Bernstein told her 2.5 million followers over the weekend, “A few days ago their attorney contacted us, sharing a lawsuit he intended to file this week in an attempt to push us to settle a meritless claim that we now, begrudgingly, have to fight. I want to clarify that I am ABSOLUTELY NOT seeking financial gain, what we are doing is simply asking the courts to confirm that we did not infringe on an alleged copyright.”

Small Brand Spotlight: The Luxe But Affordable Jewelry Brand That Counts Reese Witherspoon As A Fan

Jen Powell is the Powerhouse Manager Behind...