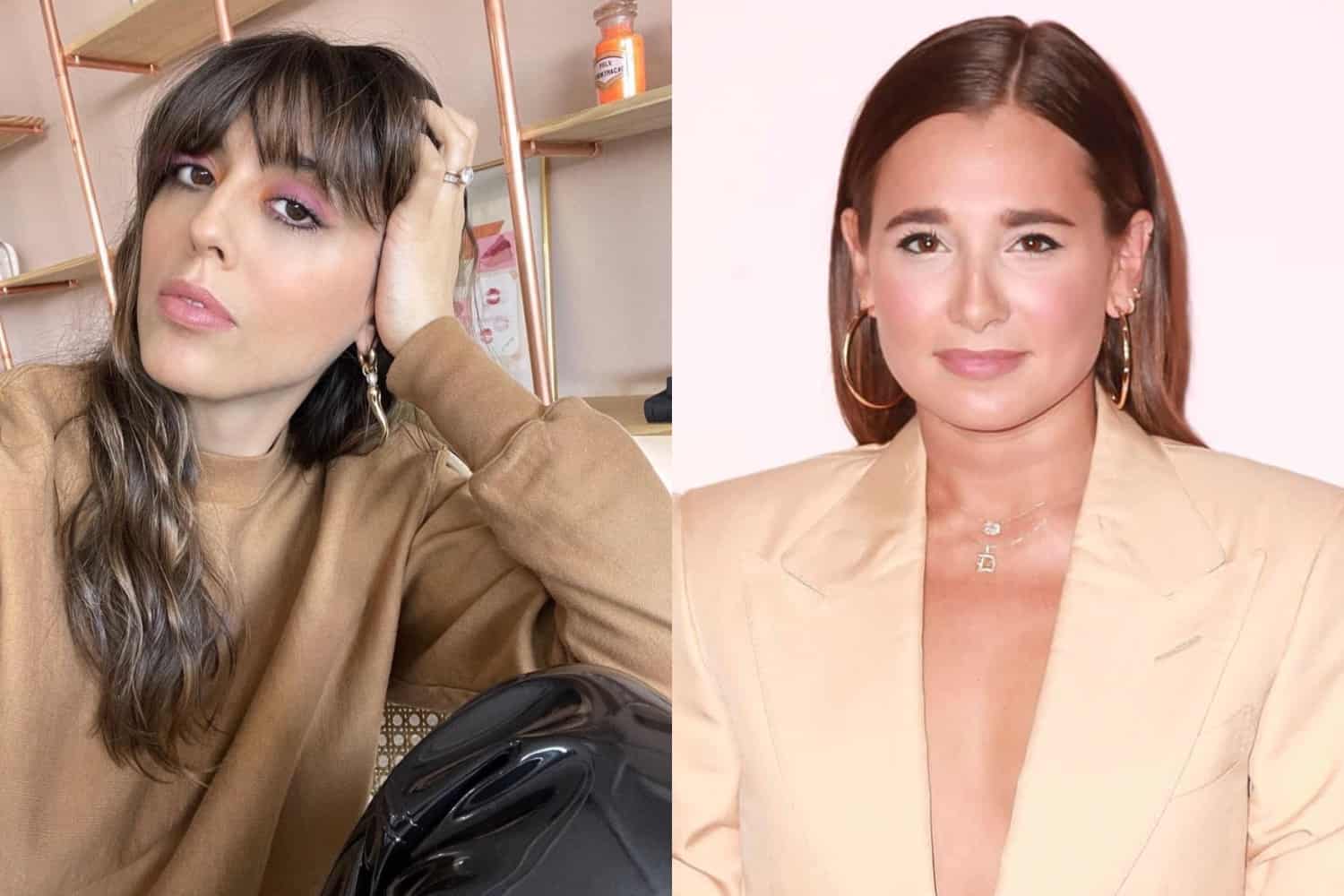 COVID-19 vaccinations just got a makeover. The Armani Group announced today that Milan’s Armani / Teatro theater, where the brand has held its runway shows since 2001, is currently acting as a vaccination site. Under the Regional Resolution No. XI / 4401, Armani’s space is the first to participate in the Anti-COVID-19 Vaccination Campaign. More information about times and participation is forthcoming, but suffice it to say it sure beats the downtown pharmacy!

Rebecca Minkoff’s known for championing female entrepreneurs—and now, she’s taking it to the next level. Starting today, Minkoff and Ali Wyatt’s women-led business network Female Founder Collective will host an annual Female Founder Day: The Business Blueprint event. The event contains workshops focused on aspects of business, like money management, marketing, and personal branding. Finalists from this week’s Big Pitcher competition also have the chance to pitch a business idea to a panel of experts—Minkoff included—and potentially win a $10,000 grant towards their brand. We can’t wait to hear who the winner is tomorrow! 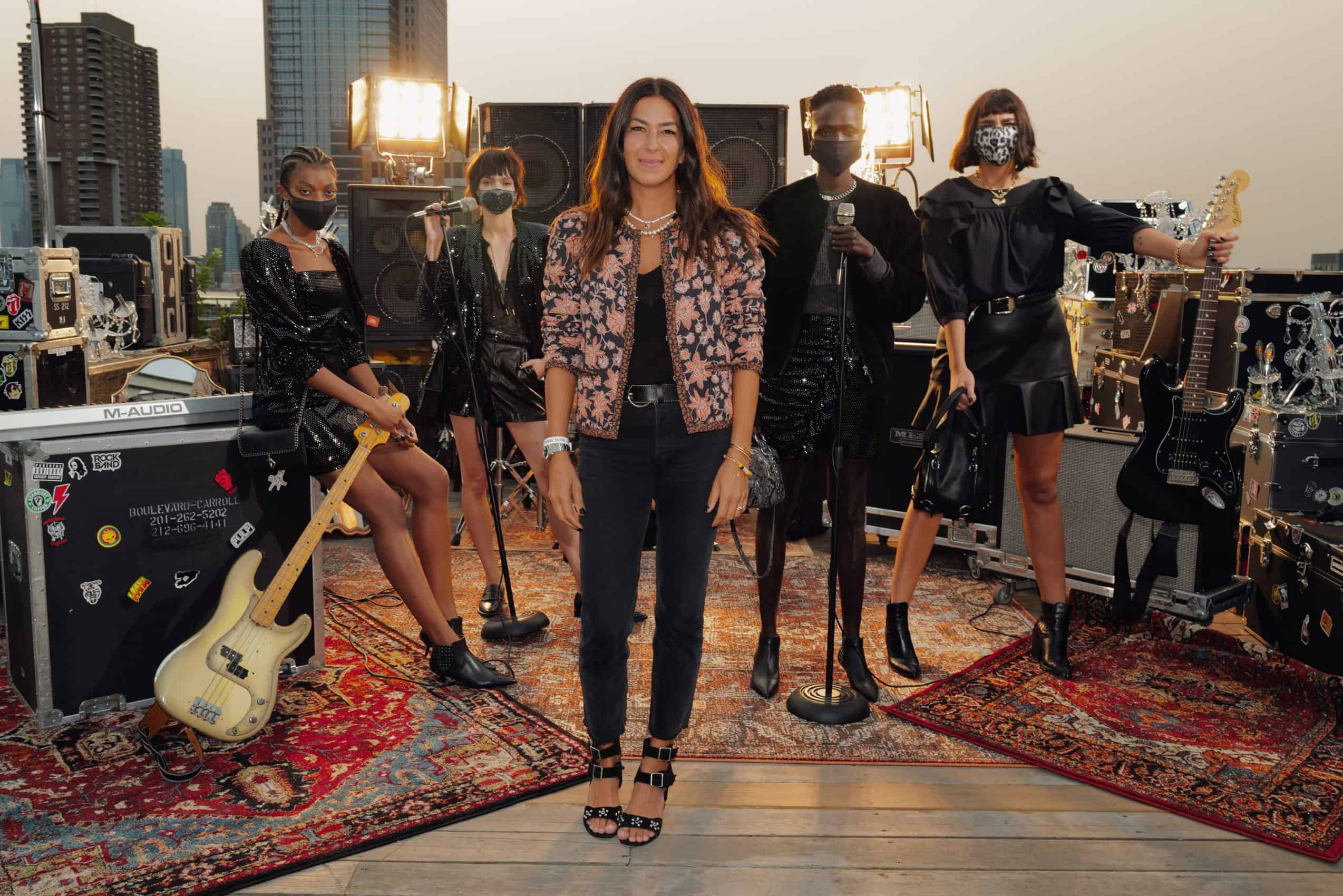 W magazine’s newest Directors Issue is already becoming one for the ages. Today, the second of the issue’s three covers was released online, and features three…no, four cover stars! The Sofia Coppola-directed photos, “All Dressed Up With Nowhere to Go” (relatable!), feature the filmmaker’s muses Elle Fanning, Rashida Jones, Kirsten Dunst, and Dunst’s soon-to-be-born  second child. That’s right! Just like in her 2018 pregnancy announcement, Dunst is once again wearing Rodarte and looks gorgeous and glowing. The glamorous imagery is inspired by 1980s socialite hostesses, as a tribute to the magazine editorials from Coppola’s teen years. Consider us obsessed!

Out to host Trans Day of Visibility panel on Instagram

Tomorrow’s Trans Day of Visibility is being celebrated across the globe—and on Instagram. The social platform has partnered on a range of digital events with GLAAD and The Trevor Project for the occasion, notably a morning discussion with Out. Hosted on the magazine’s Instagram account at 1 PM EST, Pride Media editor Mey Rude will chat with model Teddy Quinlivan and actresses Alexandra Grey and Trace Lysette on the importance of transgender representation in both fashion and entertainment. We’re sure it will be as candid and authentic as the thought-leaders taking part. 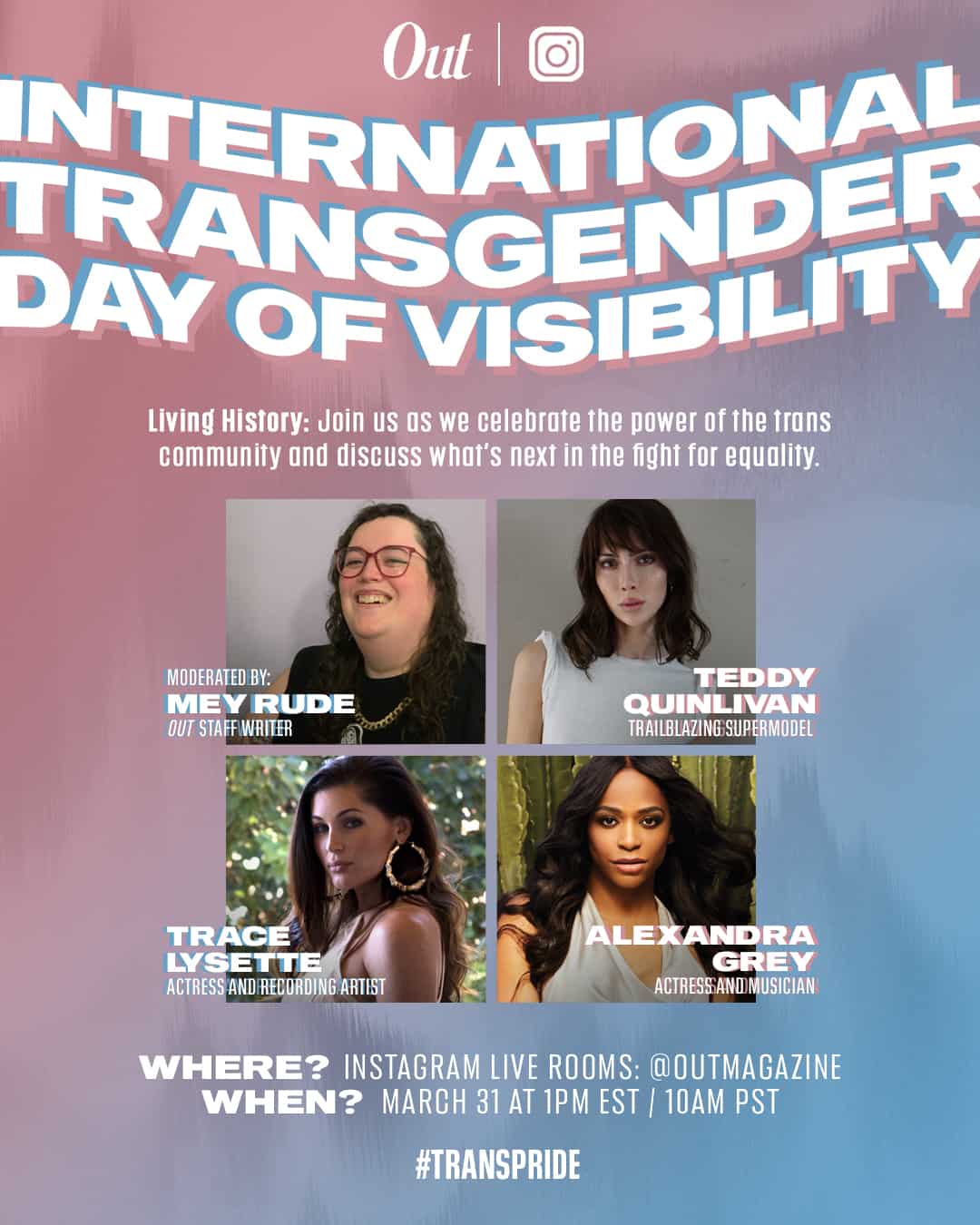 Do you believe in magic? Agent Provocateur wants to take you to to a more mythical place. The title of the lingerie brand’s newest collection, Utopia, is steeped in fantasy, with a lookbook set in the perfect getaway: a sexy moonlit beach. The line itself is the stuff of lingerie fairytales, containing plenty of gothic styles accented with Aurora Borealis-inspired colors, dark lace, bejeweled embellishments, and stunning embroidered flowers. Of course, a truly enchanting cast also helps—especially when it’s the likes of French it girl Joséphine de la Baume and model Nyasha Matonhodze. 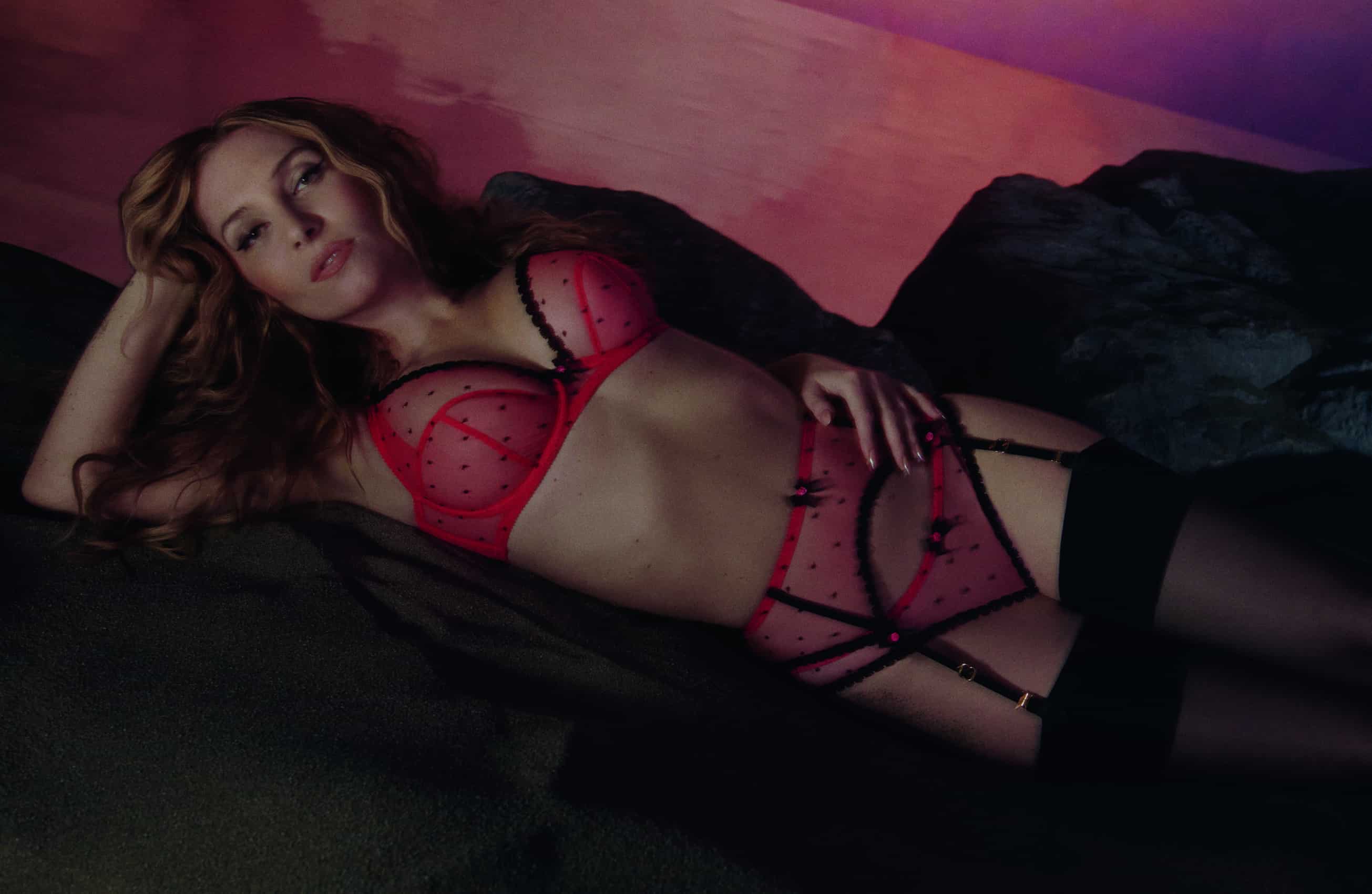 Influencer Danielle Bernstein has been accused again of knocking off an independent designer’s piece for her We Wore What line. The item in question? A strappy maxi dress by sustainable brand We Are Kin. The designer, Ngoni Chikwenengere, took to Instagram to post multiple shots detailing how Bernstein DM’d her to be gifted the dress last June. According to Page Six. following the exchange, Chikwenengere saw Bernstein’s similarly strappy dress in a mini length this week and said it’s “identical” to hers. In response, Bernstein went on Instagram Stories and said Chikwenengere’s claim was “unfounded and unfair” and made in a bid to get “15 minutes of fame.” This is at least the tenth incident of this nature between Bernstein and a smaller designer, others of which were outlined in an Insider article published earlier this year. The We Are Kin incident has since been picked up by Diet Prada, garnering nearly 130,000 likes. 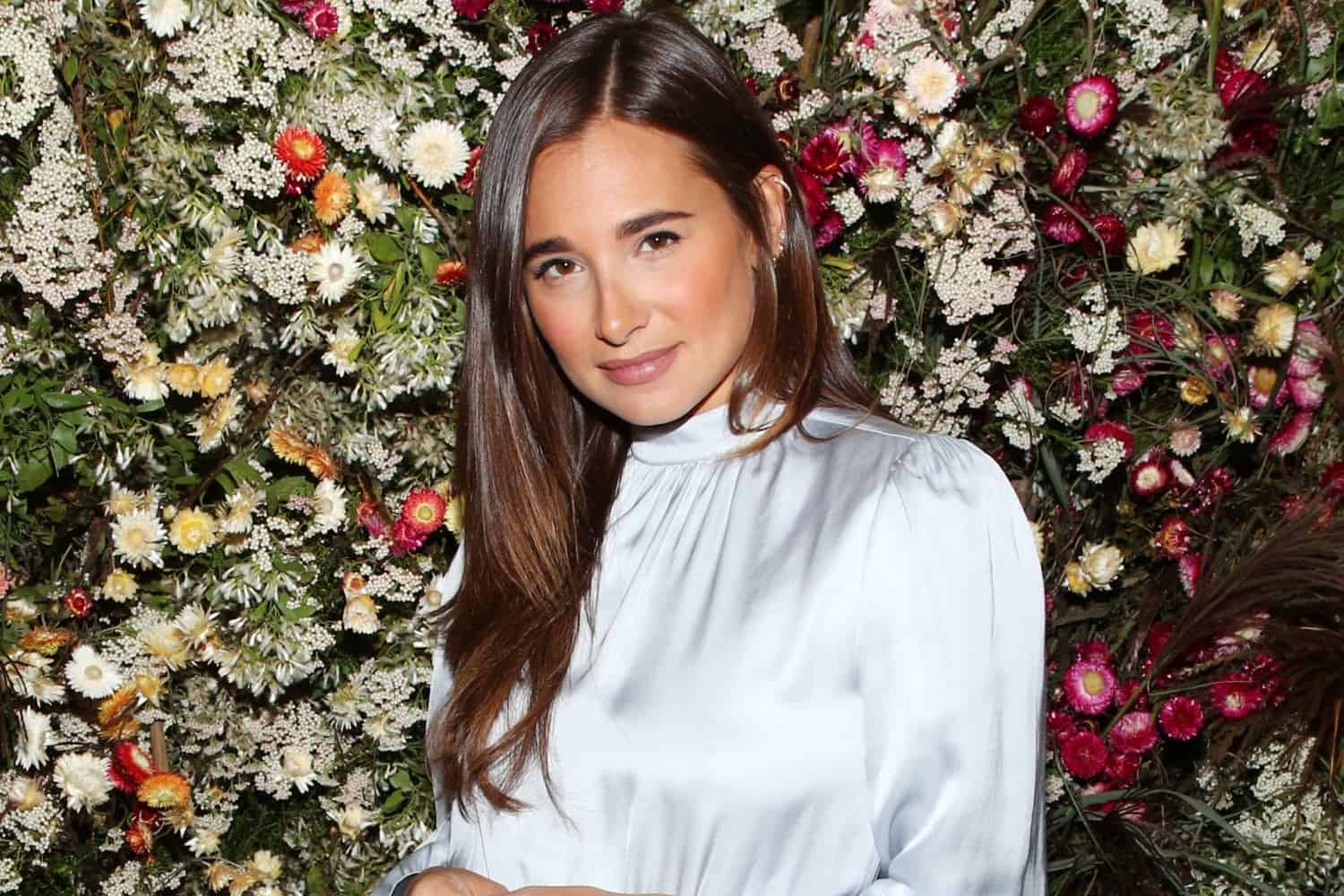 YouTube sensation Violette is officially a beauty brand owner! The online star has officially launched her beauty line Violette_Fr today, according to Business of Fashion. The 11-piece collection will span makeup, skincare, and haircare focused on French girl beauty—think lightweight matte lipstick, an easy-to-blend liquid eyeshadow-eyeliner hybrid, and a dry shampoo brush for effortless waves. Best of all, it’s super affordable, with prices ranging from $20-$58. Talk about tres chic!

Lil Nas X’s controversial “Satan Shoes,” inspired by his “Call Me By Your Name” music video, have officially stirred the pot. Modeled after Nike Air Max 97s, the $1,018 sneakers were created by MSCHF and reportedly contain drops of human blood donated by the brand’s art collective. Unsurprisingly, they are now being hit with a lawsuit by Nike, according to BBC. The athletic clothing giant has apparently claimed trademark infringement, requesting that MSCHF no longer use its Swoosh symbol and stop selling the viral sneakers (which notably sold out in minutes upon their release yesterday.) 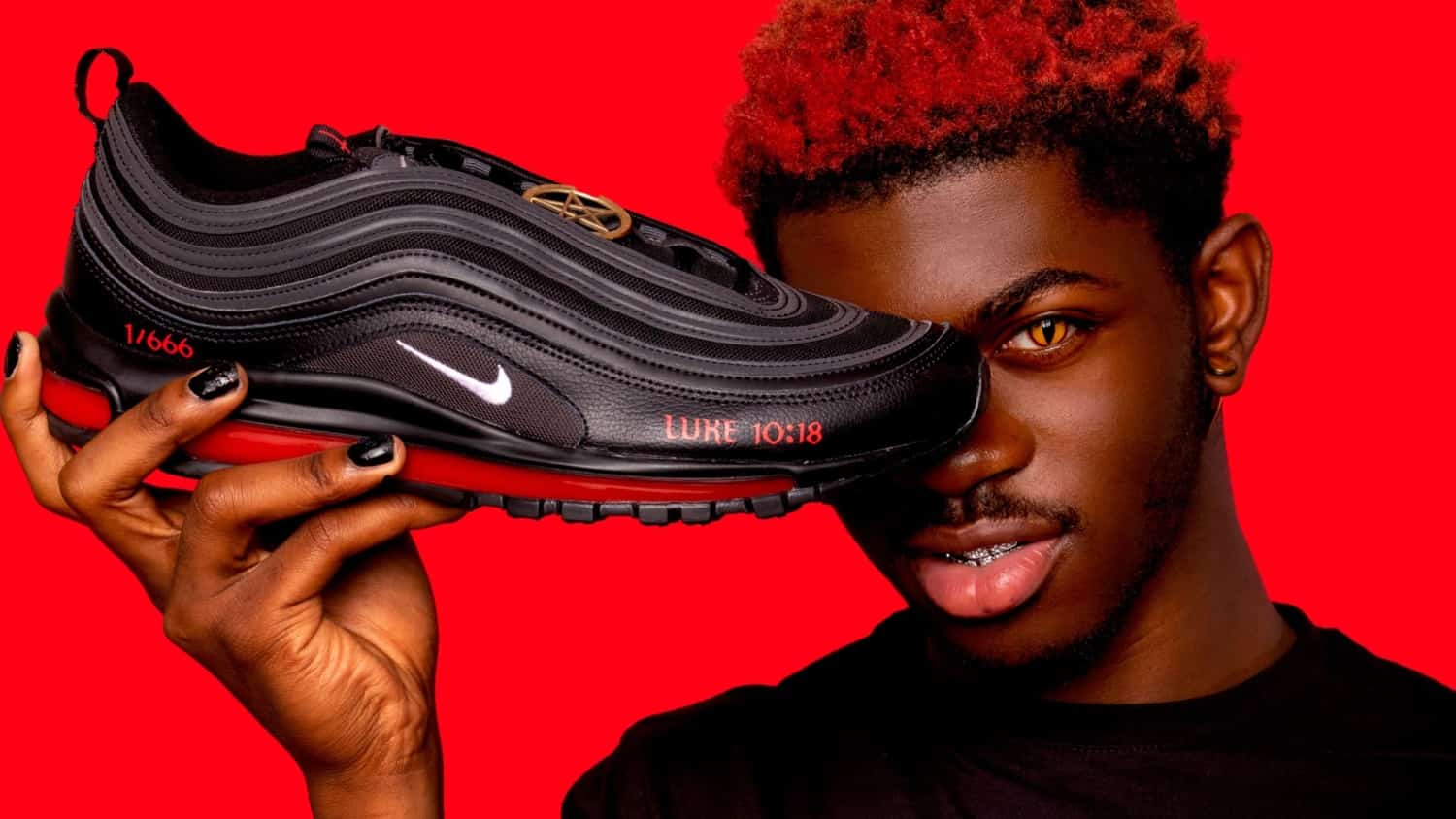 Models Jordan And Zac Stenmark Come Up With A Dreamy Idea