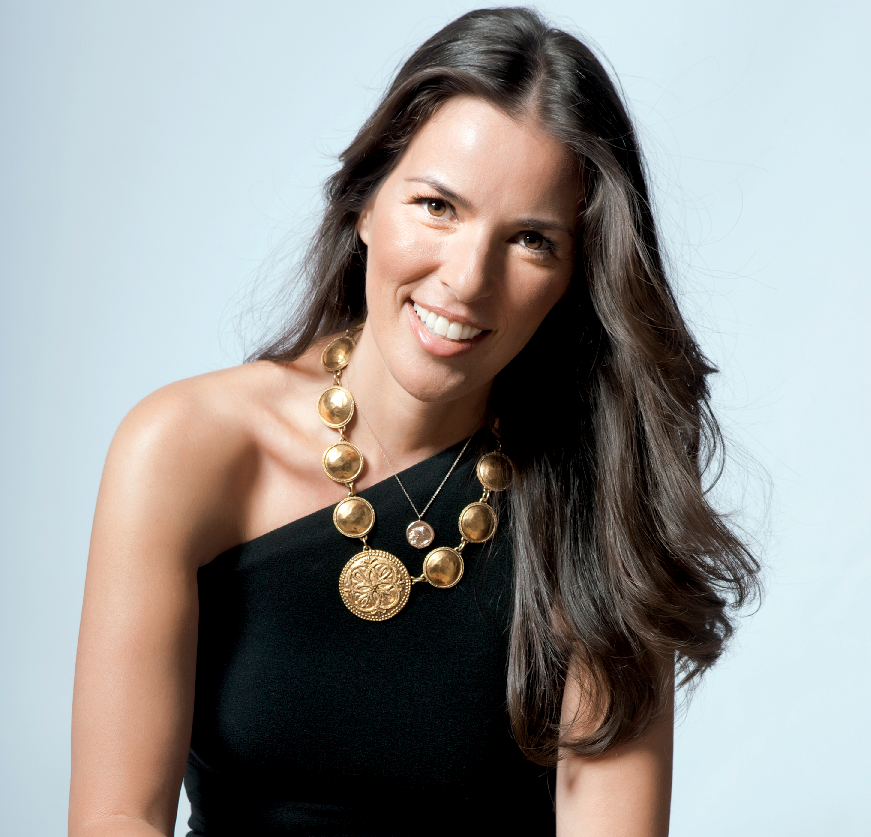 Fresh from the pages of The Daily’s special Hollywood issue, and just in time for last week’s inaugural Fashion Los Angeles Awards…Stylist Ann Caruso played an integral role in the biggest Hollywood fashion event of the year: George Clooney’s royal-esque wedding to lawyer Amal Alamuddin. One of New York’s most popular party guests, Caruso has an effortlessly elegant eye and picture-perfect personal style that has landed her jobs working with everyone from Ralph Lauren and Bruce Weber to Oprah Winfrey and Claire Danes to shooting Laura Bush in the White House.

You have had quite the year.
It was a big year in a lot of different ways. A lot of things shifted. I was recovering from cancer, so I was finishing off some treatments and had a couple of surgeries. And work just seemed to come to me—lots of interesting projects. The week before I went in for a big operation, George Clooney asked me to dress his family for his wedding. I didn’t think I could do it, but I took on the job, and it was a pleasure to work with such good people and be a part of something so special and beautiful.

Amal became an instant style icon.
I like the fact that she is an independent, strong, and intelligent woman who happens to have good taste. She made some bold choices for her wedding, and everything looked amazing on her. She has confidence in what she wears, which captures the camera’s eye. That’s why everyone loves her.

You’ve had such a varied career. Which roles stand out the most?
Working at Ralph Lauren in design, getting a job at Vogue, styling the VH1 Fashion Awards, styling celebrities for Vanity Fair in the 2000s, styling a Ralph Lauren ad campaign with Bruce Weber, being named a contributing fashion editor for Tatler, styling celebrities for the Oscars, becoming a contributing fashion editor at Harper’s Bazaar, styling Oprah shot by Terry Richardson for Bazaar, and as a survivor myself, dressing Elizabeth Hurley for the Breast Cancer Awareness Campaigns for Estée Lauder.

Any wild memories from your shoots?
Being in a construction pit on the hottest day of the year—109 degrees—with Ivanka Trump in a bathing suit, diamonds and a power drill in one shot and another with her lying in the sand pit in a Dior gown in between rain showers. Or shooting on a farm with goats, horses, and llamas, one of which stepped on my toe. It required surgery on my foot! One very special event was shooting Laura Bush in the White House. We had to get there very early, so we were tiptoeing through the private quarters. Hanging out in the Lincoln Bedroom was memorable and, of course, so was meeting the lovely First Lady.

What’s your idea of Hollywood style?
Hollywood style has changed over the years. Old Hollywood was consistently glamorous, and the actors were only photographed when they were dressed up. Now there is a more modern and friendly style. Hollywood doesn’t like anything with too much fashion or that feels over the top, especially when going to an awards show. They want something beautiful, elegant, and sexy. It is about the right amount of jewelry and the perfect bag and shoe, along with the right hair and makeup team. Actors have busy lives, and we are getting inspiration from their style every day. The way actresses dress on a day-to-day basis can be aspirational to the modern woman.

What stylish things can we expect from you this year?
Aside from this incredible award, I love consulting with fashion brands to help them execute their visions. Also, my upcoming personal styling and fashion shoots, as well as a top-secret design project that is both stylish and very much needed for breast cancer survivors. I am excited to finally launch a luxury lifestyle site, It’s a Stylish Life, which has been on hold for the past two years. It will be a very exciting year.

PLUS! Fashionettes On Why They Adore Caruso…
Michael Kors: “Ann has a real understanding of chic American glamour and you see it in everything she does. She loves tradition but always keeps things modern.”

Glenda Bailey: “The only thing that surpasses Ann Caruso’s style is her grace. She sets the standard in the industry. I adore her.”

Leonard Lauder: “Annie Caruso is one of the great stylists in New York—and perhaps America—today. She has an eye for everything. She knows how to tie together elements in such a way as to make each subject a thing of beauty.”

Elizabeth Hurley: “Ann has great taste and can combine high fashion with what actually suits you. We’ve worked together for years, and I adore her.”

Arthur Elgort:“I met Ann about 10 years ago at a party in NYC. We were seated at the same table. We started talking immediately. We hit it off and danced all night long. She has a refined eye that hones in on the look of elegance. Subtle and never over the top—almost strict, you could say. And she is elegant. I guess that is what drew her to me at that party. The Manolos on her feet didn’t hurt, either.”

From The Daily’s Hollywood Edition: Mazdack Rassi, Fashion Innovator Of The Year