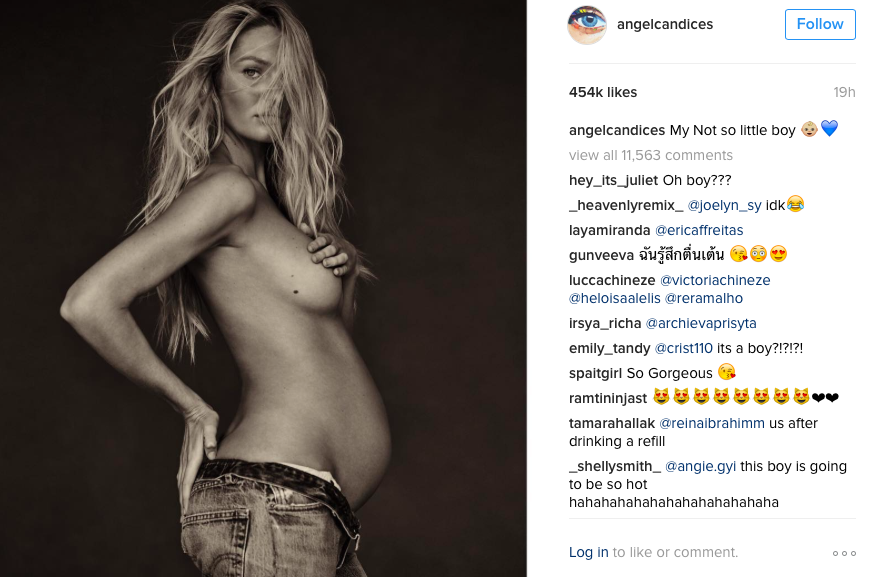 Candice Swanepoel Reveals the Gender of Her Baby [Vogue UK]
Just weeks after friend Behati Prinsloo announced that she was expecting a girl, the fellow Victoria’s Secret model took to Instagram to reveal that she’s expecting….a boy!

CFDA Awards Won’t Be Televised Anymore [Pret-a-Reporter]
The CFDA Fashion Awards, whose nominees this year include the Olsen twins as well as Alessandro Michele, will no longer be televised when they take place at the Hammerstein Ballroom on June 6.

Burberry Lays Out Savings Plan [Business of Fashion]
Burberry Group Plc reported a second straight drop in annual earnings and announced plans to save $144 million a year as demand for the U.K. company’s luxury attire slows from New York to Nanjing.

Patricia Field to Be Honored by LES Girls Club [Fashion Times]
The Lower East Side Girls Club will host its annual spring fling benefit at the Bowery Hotel in New York City on May 25, which will honor costume designer, stylist, and fashion designer Patricia Fields.

Adam Lippes on His Summer Capsule Collection for The Outnet