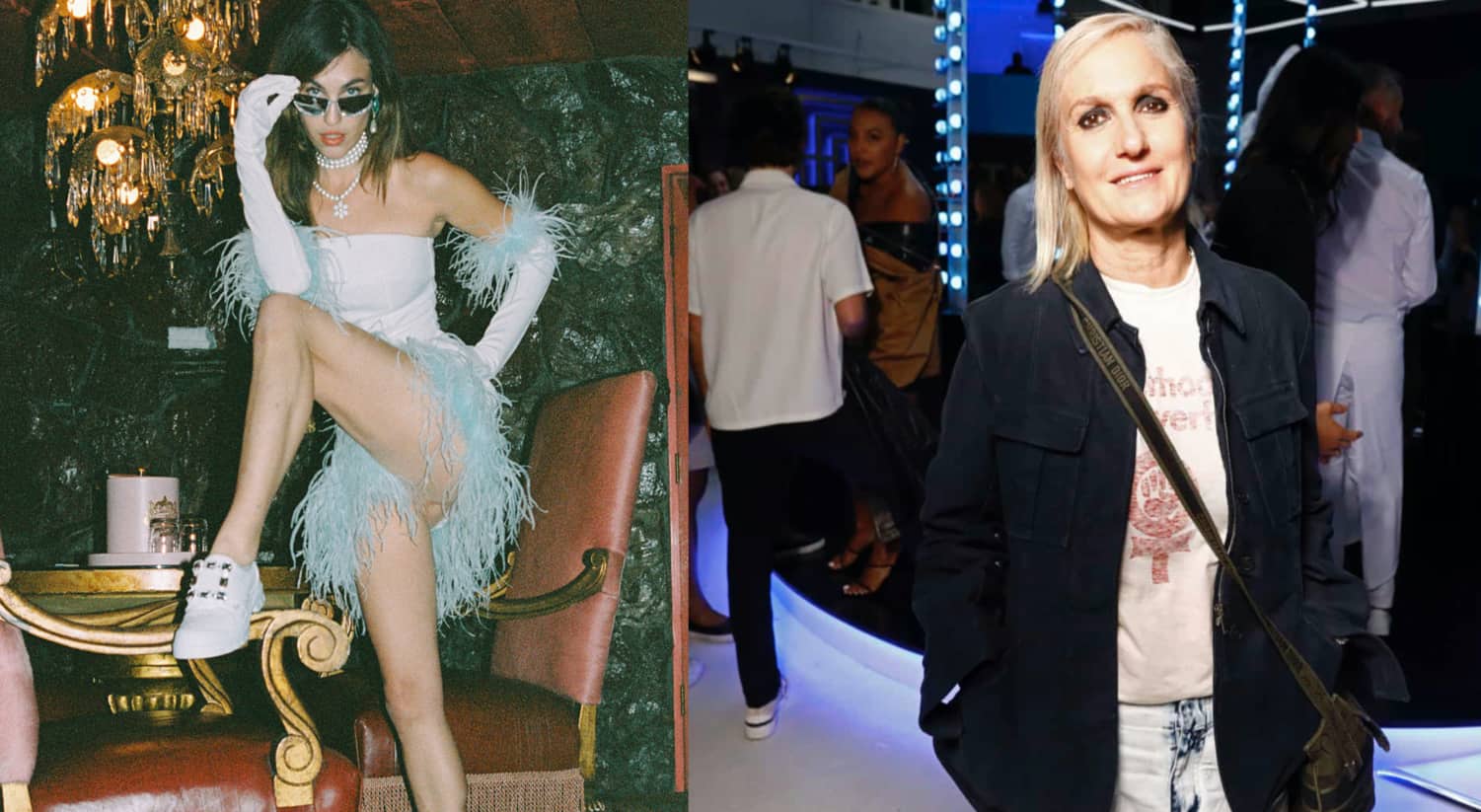 Roger Vivier’s latest campaign is getting campy, thanks to singer Rainsford (AKA Rainey Qualley, daughter of Andie MacDowell!). The performer stars in the footwear brand’s new imagery against the interiors of California’s famous Madonna Inn. The resulting photo shoot, which she also co-produced, highlight creative director Gherardo Felloni’s newest creation, the “Walky Viv”. The shoe, a sneaker-combat boot hybrid, topped with an oversized crystal buckle, comes in white, black, and green and is sure to be a must-have. Better yet! The style is the brand’s first sustainable shoe, formed from recycled canvas. No wonder it takes center stage in its Spring Summer 2021 collection. 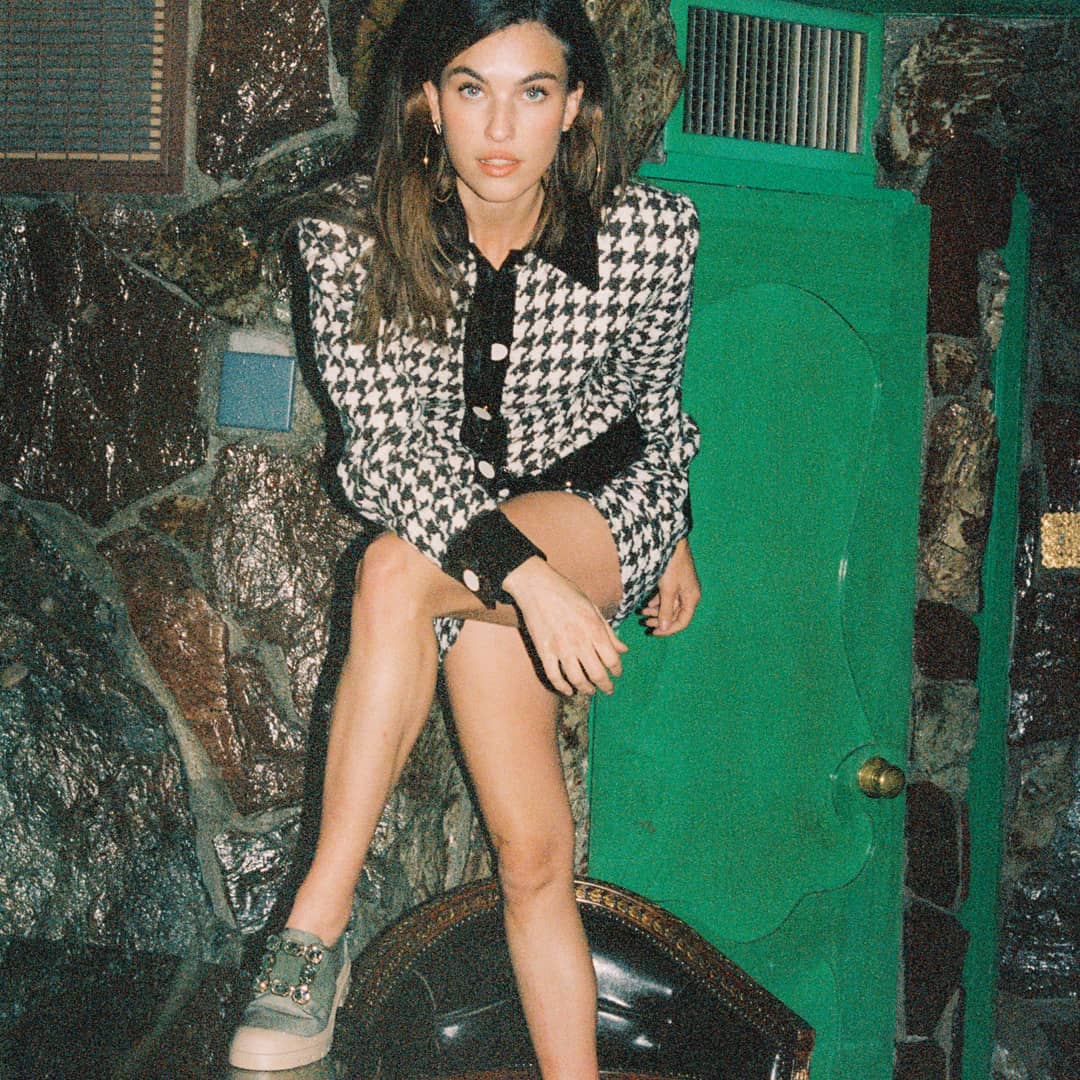 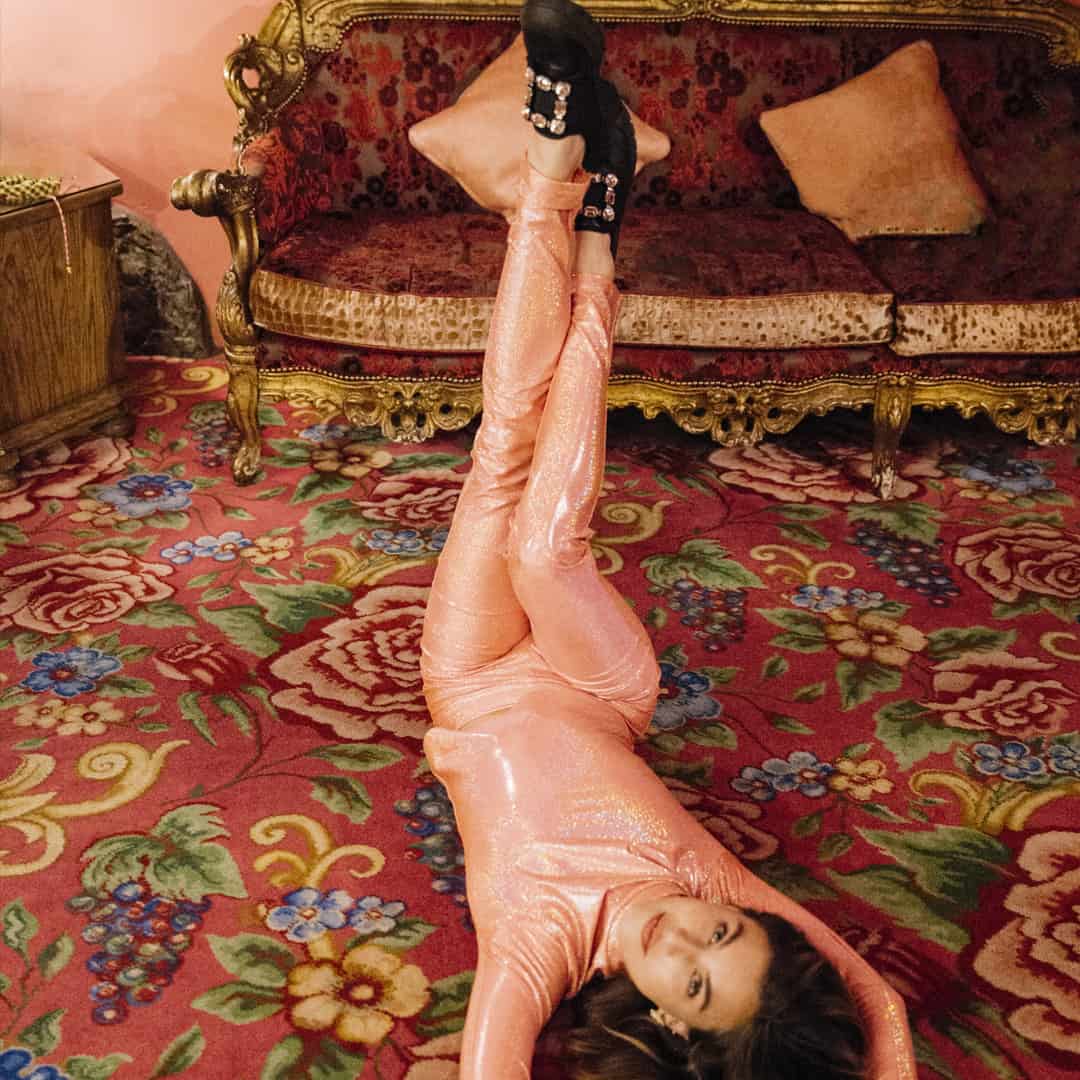 The #StopAsianHate movement continues to gather steam within the fashion industry, as hate crimes towards Asian Americans are on the rise. Today, Eva Chen, fashion vet and Instagram’s director of  fashion partnerships, joined Allure EIC Michelle Lee, Rise founder Amanda Nguyen, and Birds of Prey director Cathy Yan on Instagram’s Live Rooms feature to discuss the movement and how they can enhance Asian voices in their respective fields. The conversation also served as a fundraiser for Asian Americans Advancing Justice, raising over $2,700. You can view the insightful conversation on Instagram, below.

Dior’s latest coffee table tome, “Her Dior: Maria Grazia Chiuri’s New Voice,” is honoring the tenure of Maria Grazia Chiuri. Fittingly, it also arrives just in time for International Women’s Day on March 8. The creative director, known for championing female artists with her show themes and collaborations, has compiled some of her favorite photographs and essays by inspiring women, alongside photos of her Dior collections. The volume is meant to celebrate the feminist-centric aesthetic and brand that Chiuri has championed at Dior since her 2017 debut. You can now purchase it on Rizzoli’s website. 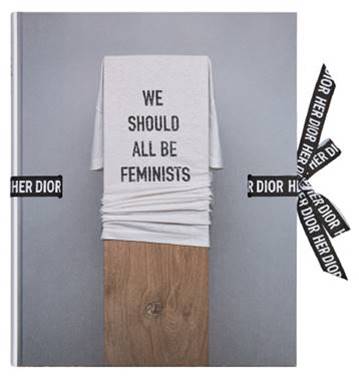 Hood by Air returns to fashion and launches new collection

Hood by Air is back—and has reinvented itself for the modern day. Designer Shayne Oliver, who took a hiatus from the industry in 2017, has announced that the brand’s first relaunched collection is officially live, marking its first ready to wear collection since stepping out of the spotlight. “We just needed that energy, you know, to really reset the tone of what we’re saying,” Oliver told New York Times fashion director Vanessa Friedman in an Instagram Live today. Watch below to see Oliver discuss Hood by Air’s latest developments, including its relaunched label, new campaign (starring none other than Naomi Campbell!), and why the future of the fashion industry.

Tory Burch’s latest campaign is rooted in female empowerment. Today, the designer announced the new global campaign— “Empowered Women” with uplifting platform Upworthy—which will celebrate dynamic women around the world. Launching on International Women’s Day next week, it focuses on the accomplishments of five women: Victoria Sanusi, Shalini Samtani, Simone Gordon, Varsha Yajman, and Caitlin Murphy. Following the launch, Burch’s namesake foundation will also accept monthly applications for one change-making woman to receive $5,000 to give to her chosen nonprofit. 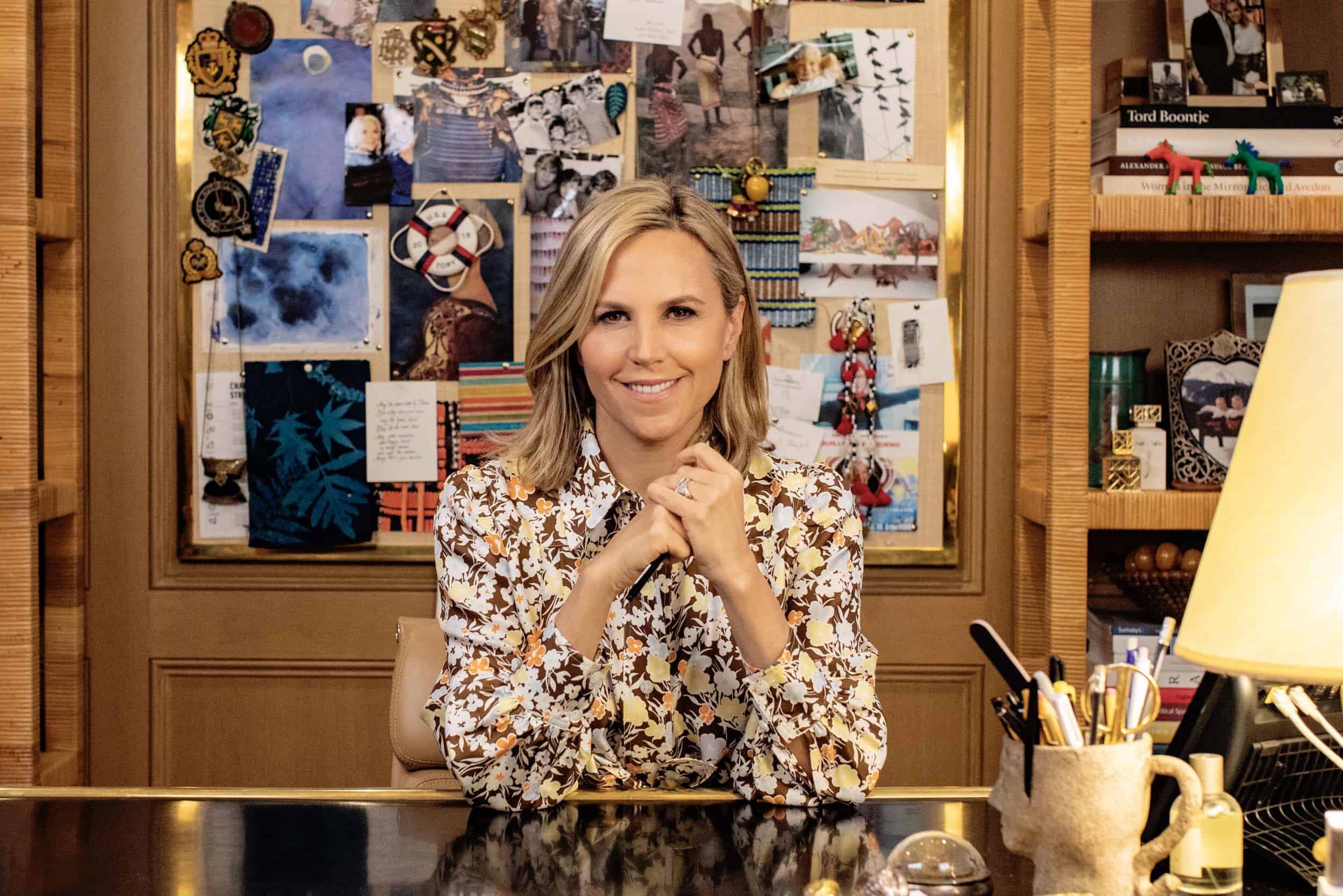 Marc Jacobs takes us to Heaven—again!

Marc Jacobs’ Heaven line is back for Spring ’21, with a new grungy, multi-generational attitude. The second collection for the designer’s unisex label dropped this morning, fully embracing the Y2K movement with a range of vintage-inspired pieces. Nylon shoulder bags, oversized knitwear, and plenty of two-headed teddy bear logos take center stage, alongside a new “Robot Girl” mascot. The accompanying campaign with Kate Moss, Georgia Palmer, and TikTok star Rex Orange County further proves its broad appeal across all genders and ages. You can shop the new collection today on Marc Jacobs’ website…and ps. don’t delay, it has already sold out of several pieces!

More Dior news to peruse! Nina Dobrev’s relationship with the French luxury house is expanding in the new year. The actress is now a U.S. fragrance ambassador for Maison Christian Dior. Within the role, Dobrev will support and promote the Maison’s high-end perfumes, candles and soaps (recently seen in the brand’s “Nose” documentary), as well as Dior’s makeup and skincare categories as a Dior Beauty ambassador. 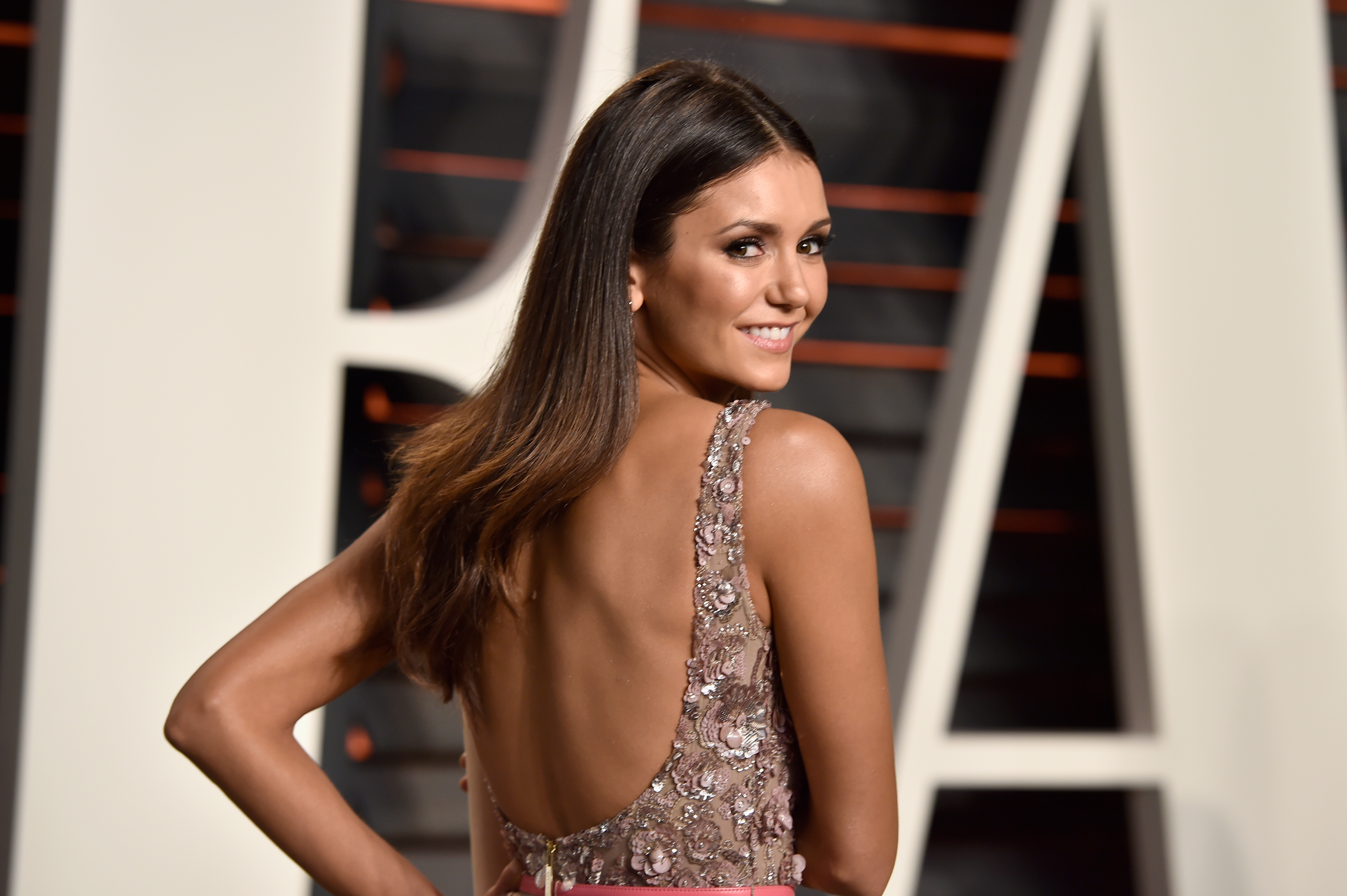 Pierpaolo Piccioli Gets Punky For Valentino Fall ’21—See All The Details Here!