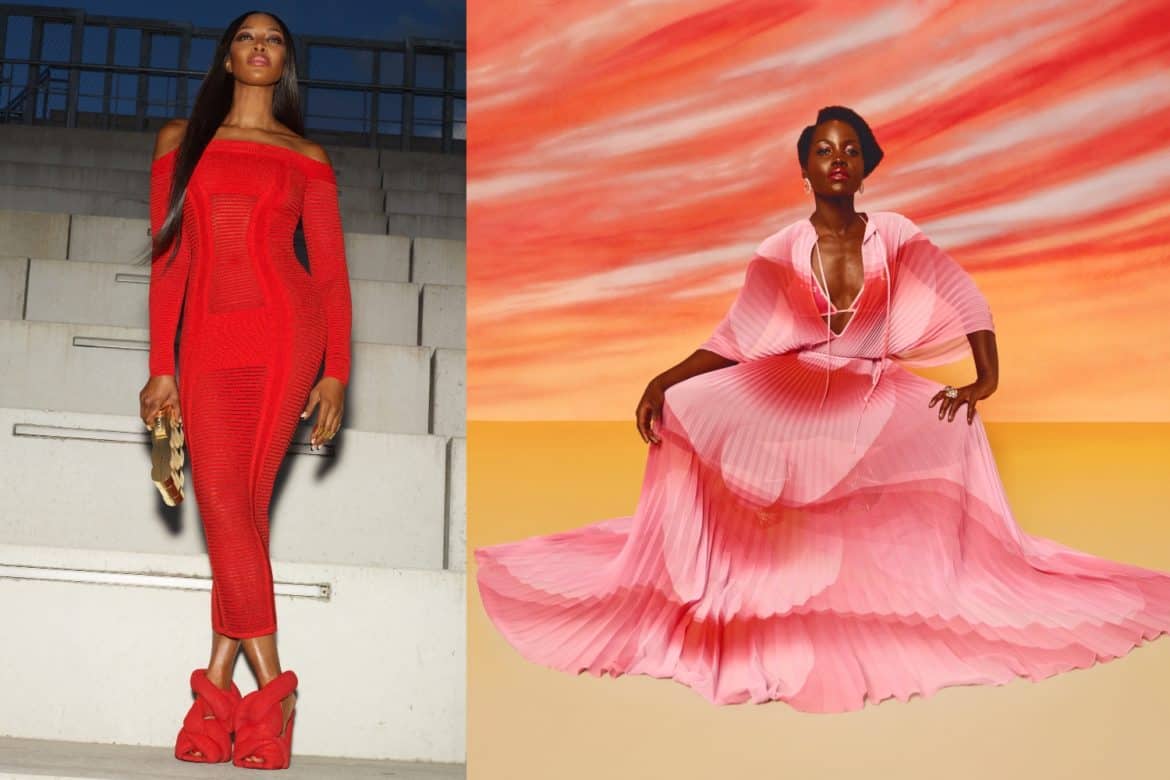 As if Olivier Rousteing’s 10 year anniversary collection for French luxury house Balmain wasn’t e-x-t-r-a already, we now have the accompanying Spring 22 campaign–and it for sure lives up to the show. Starring mega-supermodels like Naomi Campbell, Mariacarla Boscono, Adut Akech, and Lara Stone, as well as model-turned-former first lady Carla Bruni, the campaign exudes femininity, strength, and an overall bad-B attitude. Lensed by Mert Alas and Marcus Piggott, the campaign was a last-minute decision by Roustieng and was shot the day before the collection debuted. “I may not have made a lot of friends with that last-minute decision—but in the end, as our latest campaign makes very clear, all that extra added tension and effort was very much worth it,” the designer explained in a release. “I love what Mert and Marcus were able to capture from that moment—it’s a true behind-the-scenes peek at what was happening on the day before the big day.” The collection is somehow even more seductive and sensual in campaign format, paired with relaxed poses from the cast of runway legends, whom Rousteing describes as “an incredible grouping that clearly reflects the strong, diverse and rebellious spirit of today’s Balmain Army.” Peep the fire-emoji campaign below: 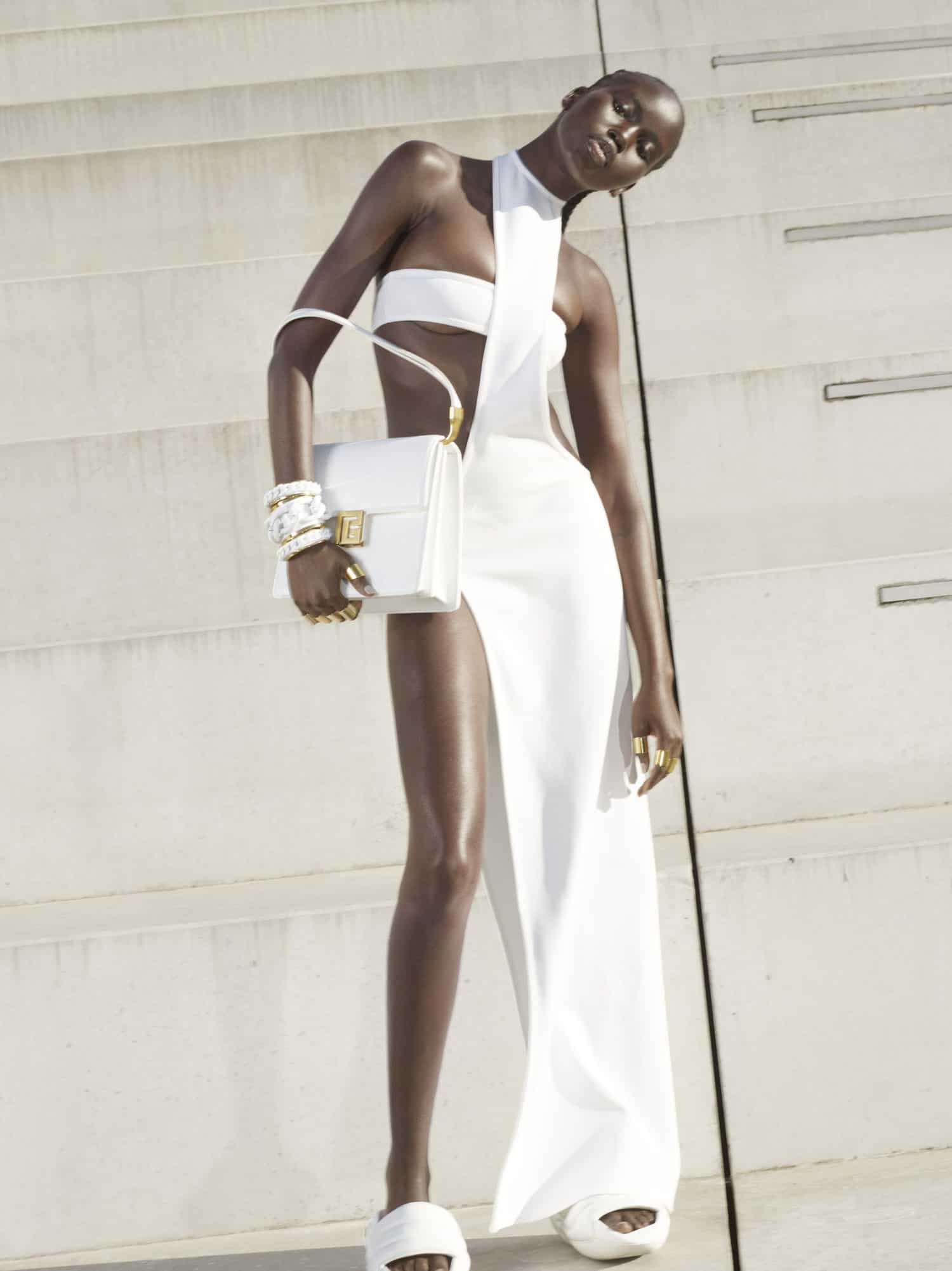 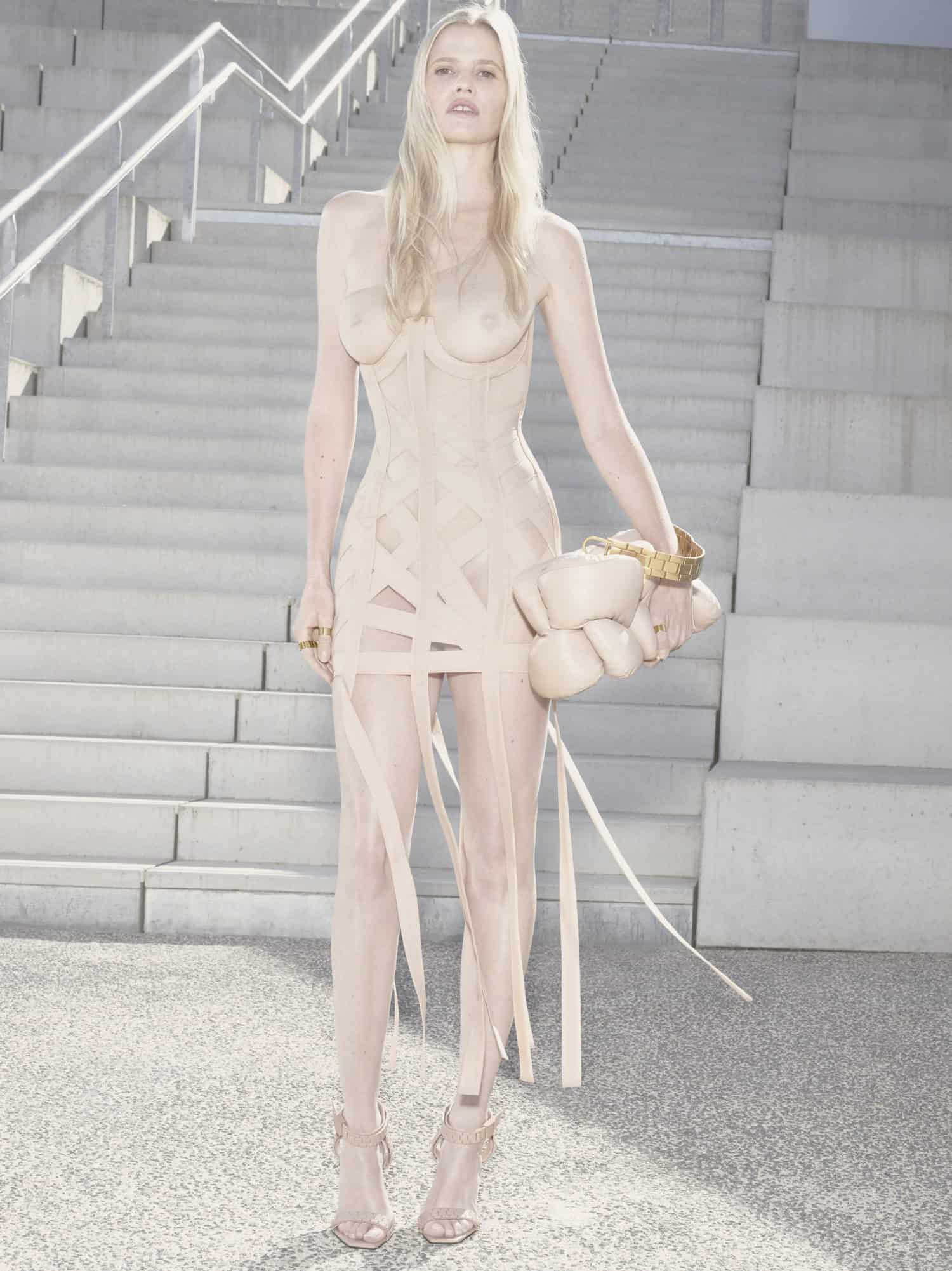 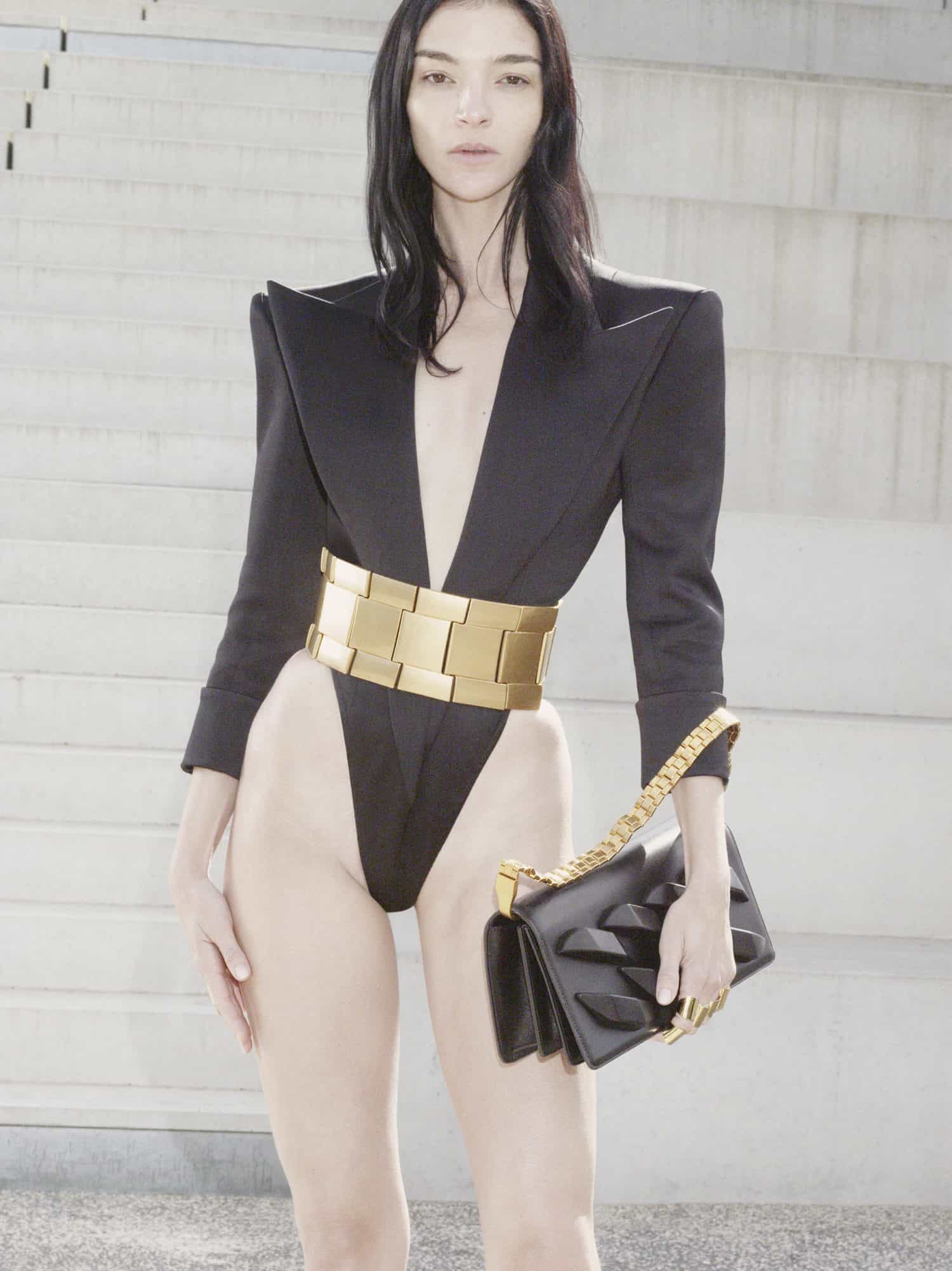 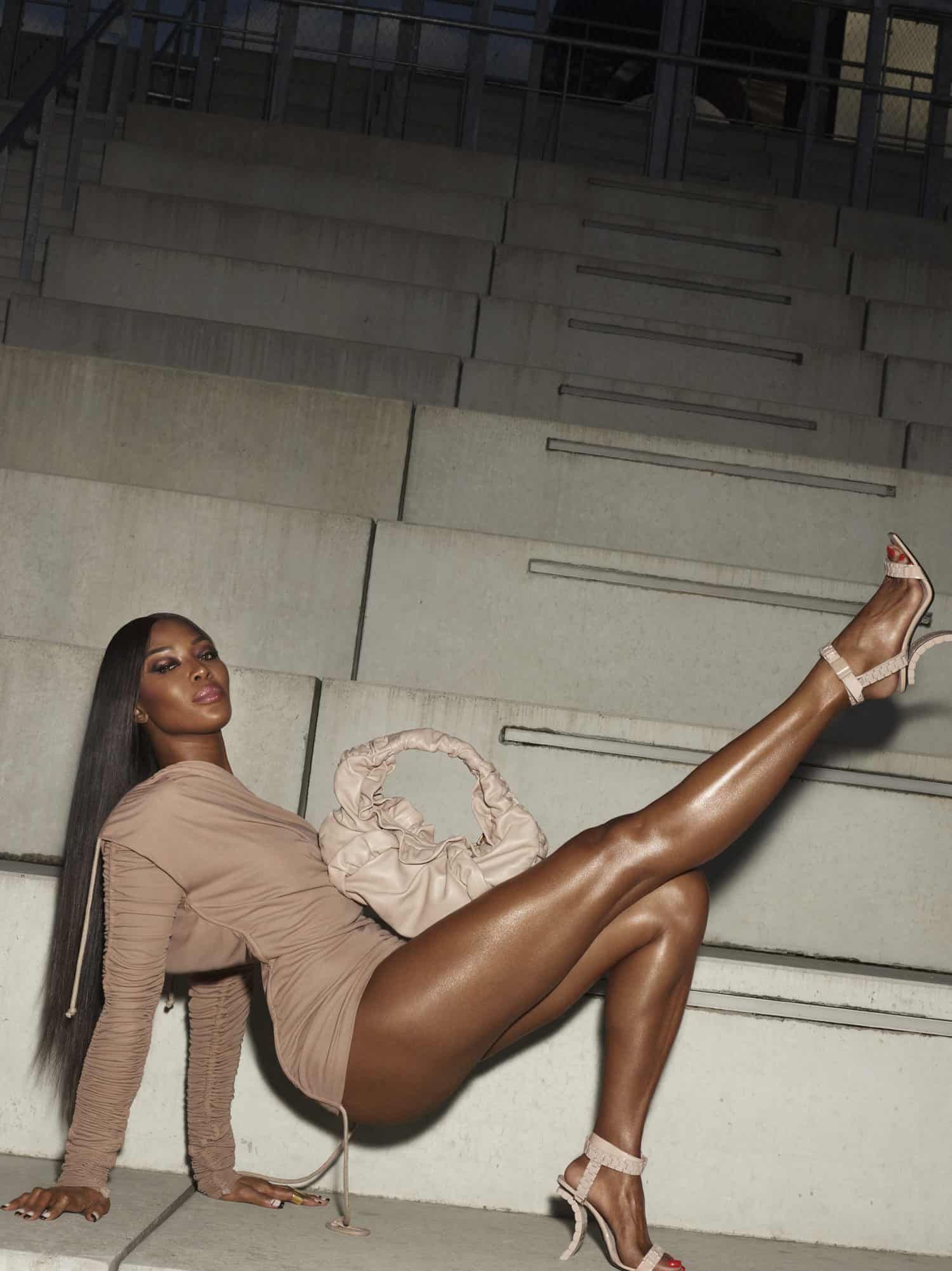 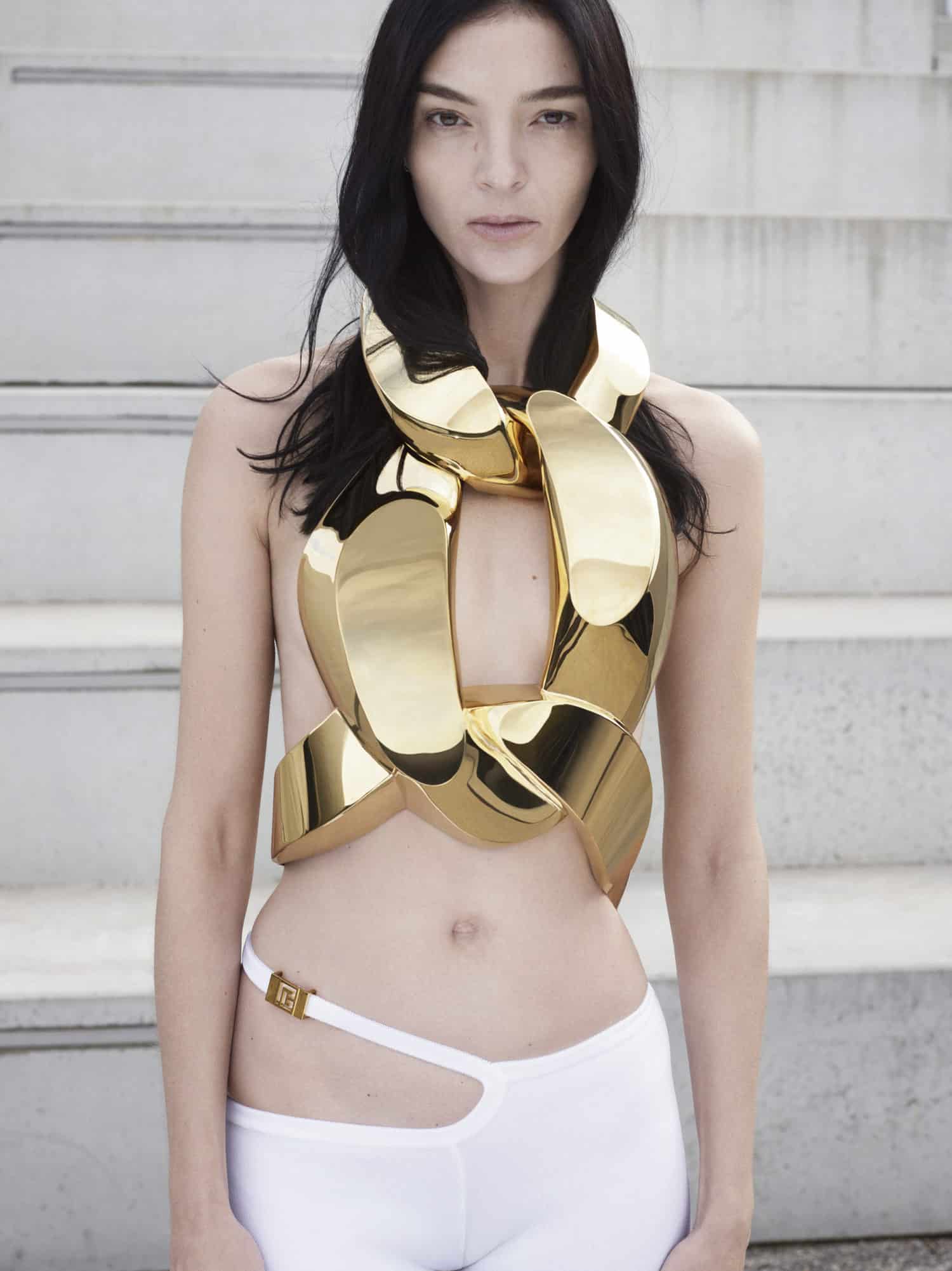 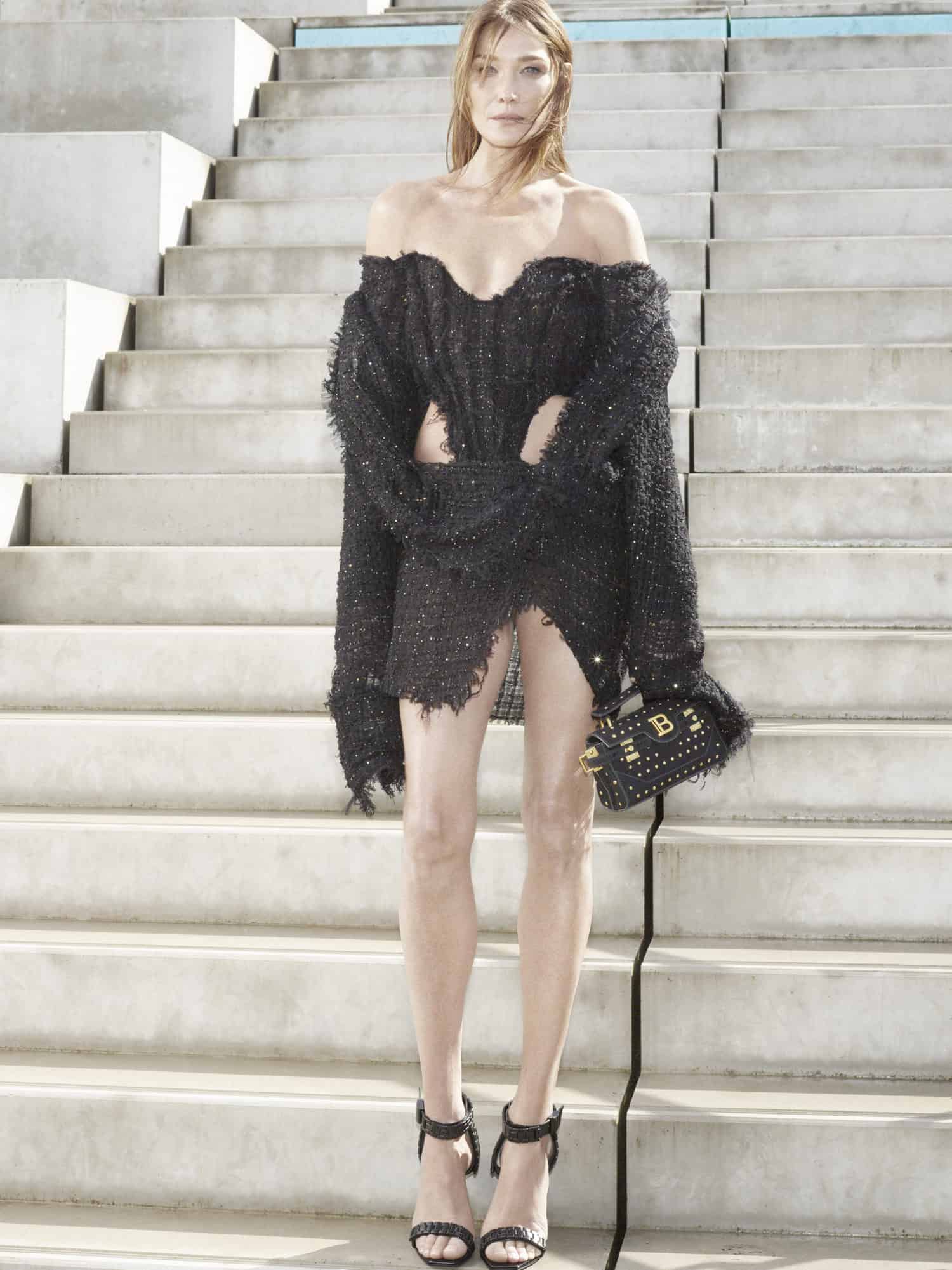 Rosie Huntington-Whitely and her fiancé Jason Statham have welcomed a baby girl into their family. The British model and entrepreneur confirmed the news on Instagram with a photo of her newborn in a baby basket, offering just a peek at her cute little hand. Sharing that the newborn arrived on February 2, RHW also revealed her name: Isabella James Statham. The stylish super, who announced that she was pregnant with her second child back in August of last year via one of her beloved OOTD roundups on Instagram, also has a four-year-old son named Jack. Imagine the wardrobe full of Hermes, Bottega, and The Row that baby Isabella stands to inherit….us, jealous? Never.

The latest iteration of DKNY’s ongoing ‘DO YOUR THING’ campaign is here. For the Spring Summer installment, styled by Edward Bowleg,  the latest—“DO YOUR THING FOR LOVE”—kicks off a series of monthly themes. (Watch this space to see what comes next!) This time around, the cast includes couples rapper Smino and model Ebonee Davis, plus designer Lindsay Vrckonvik and model Tyler Blue Golden. The ads also enlist comedian Carly Aquilino, and model twins Coco & Breezy, along with their mom Dianna. Take a peek below! 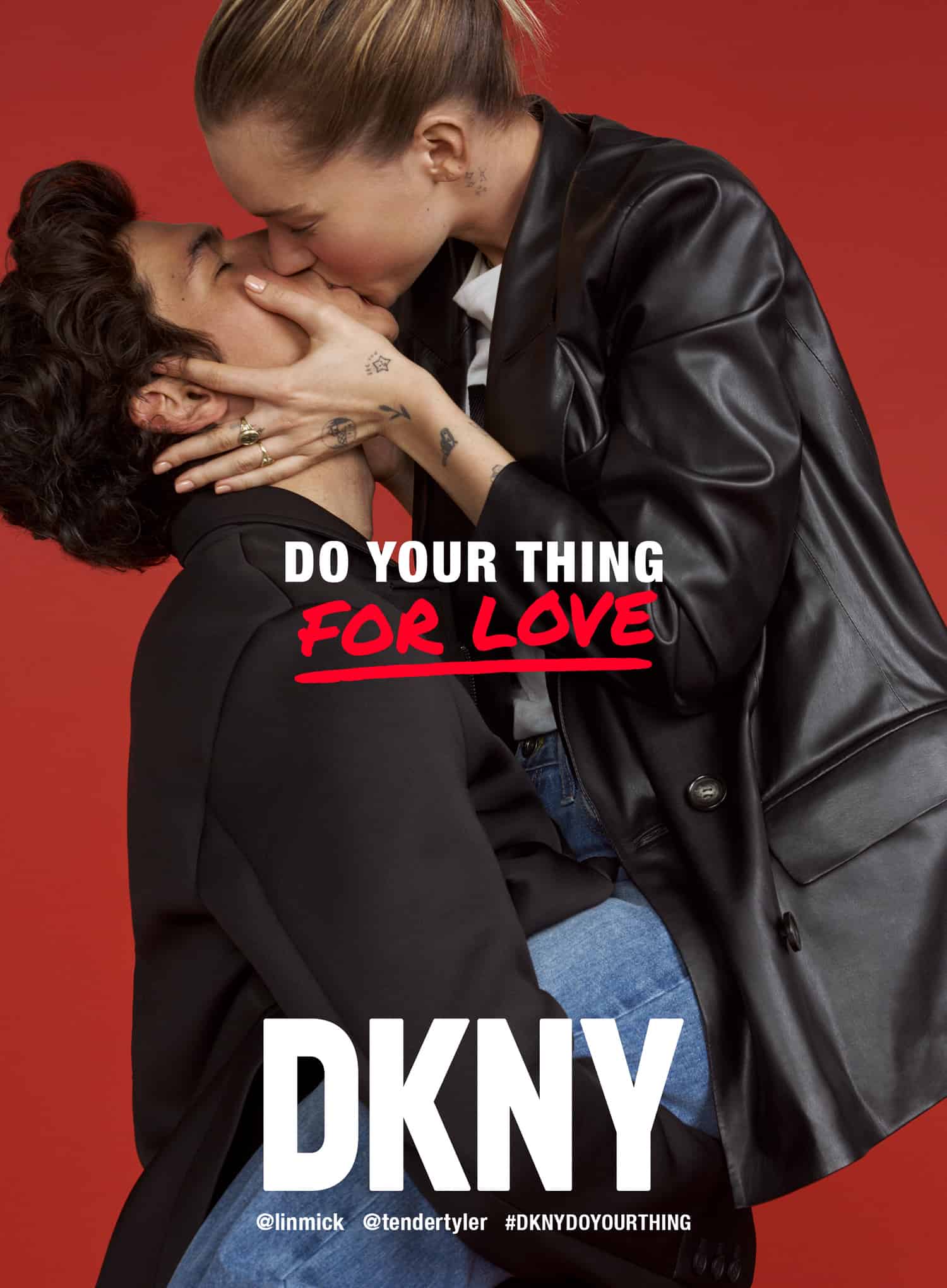 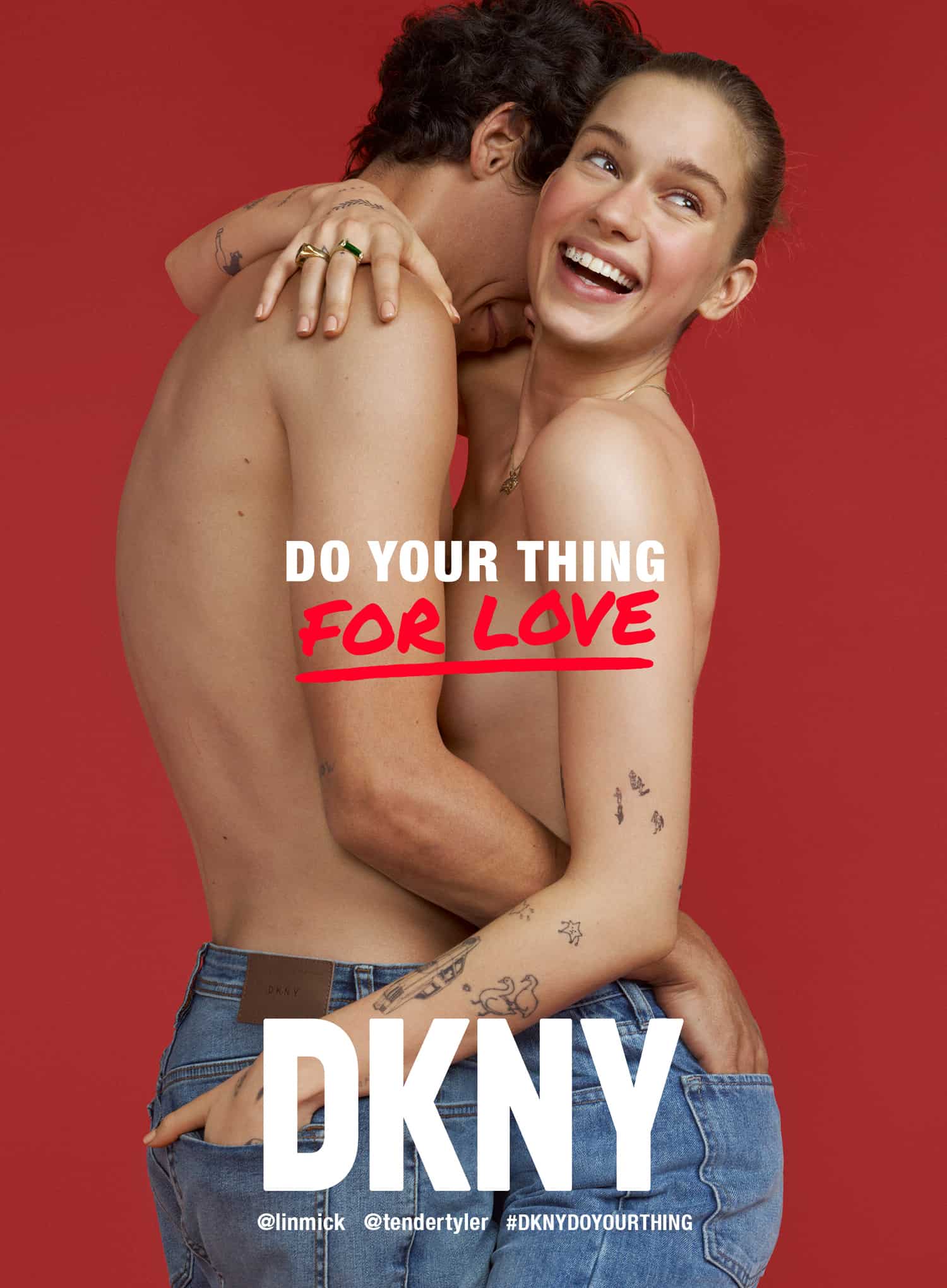 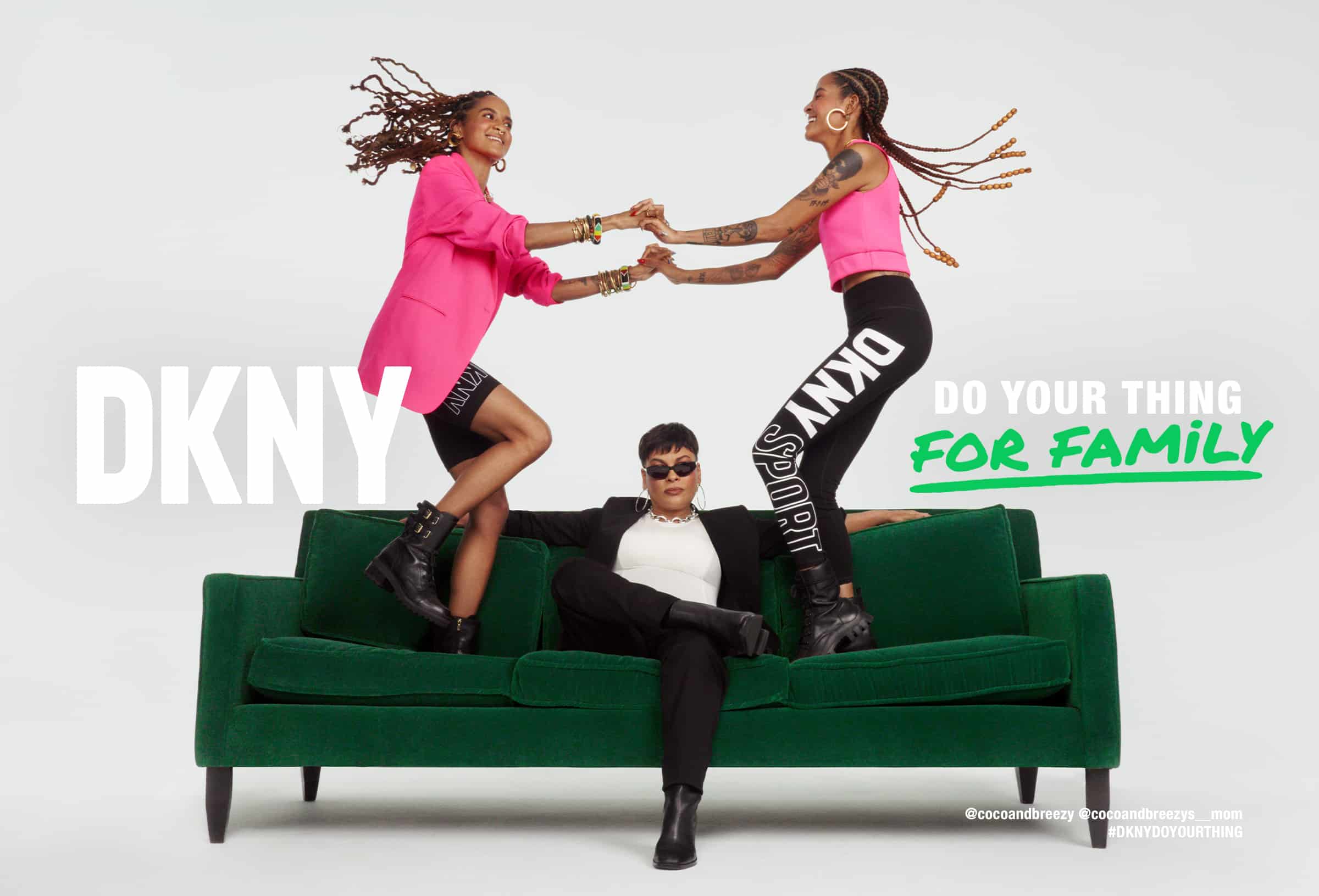 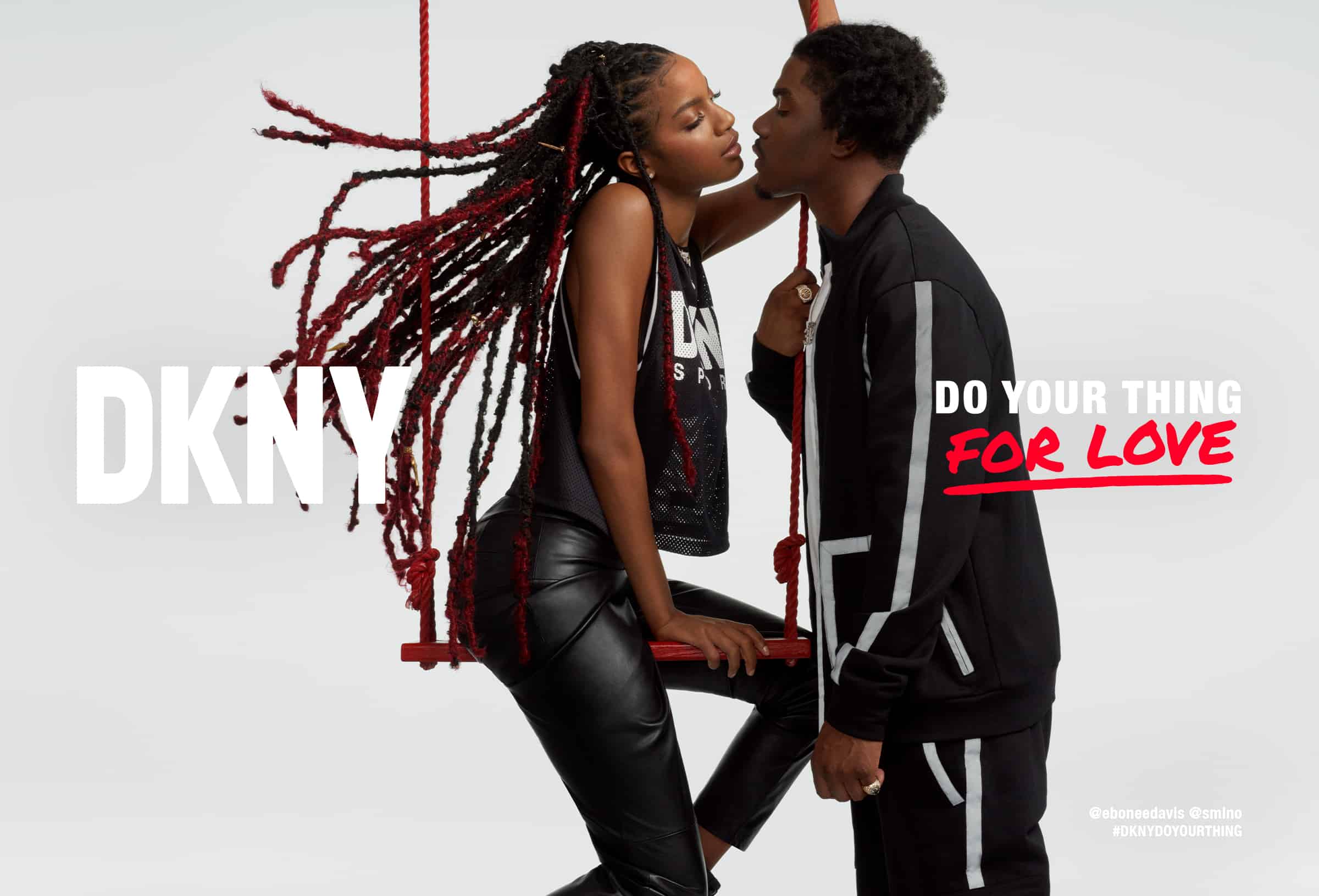 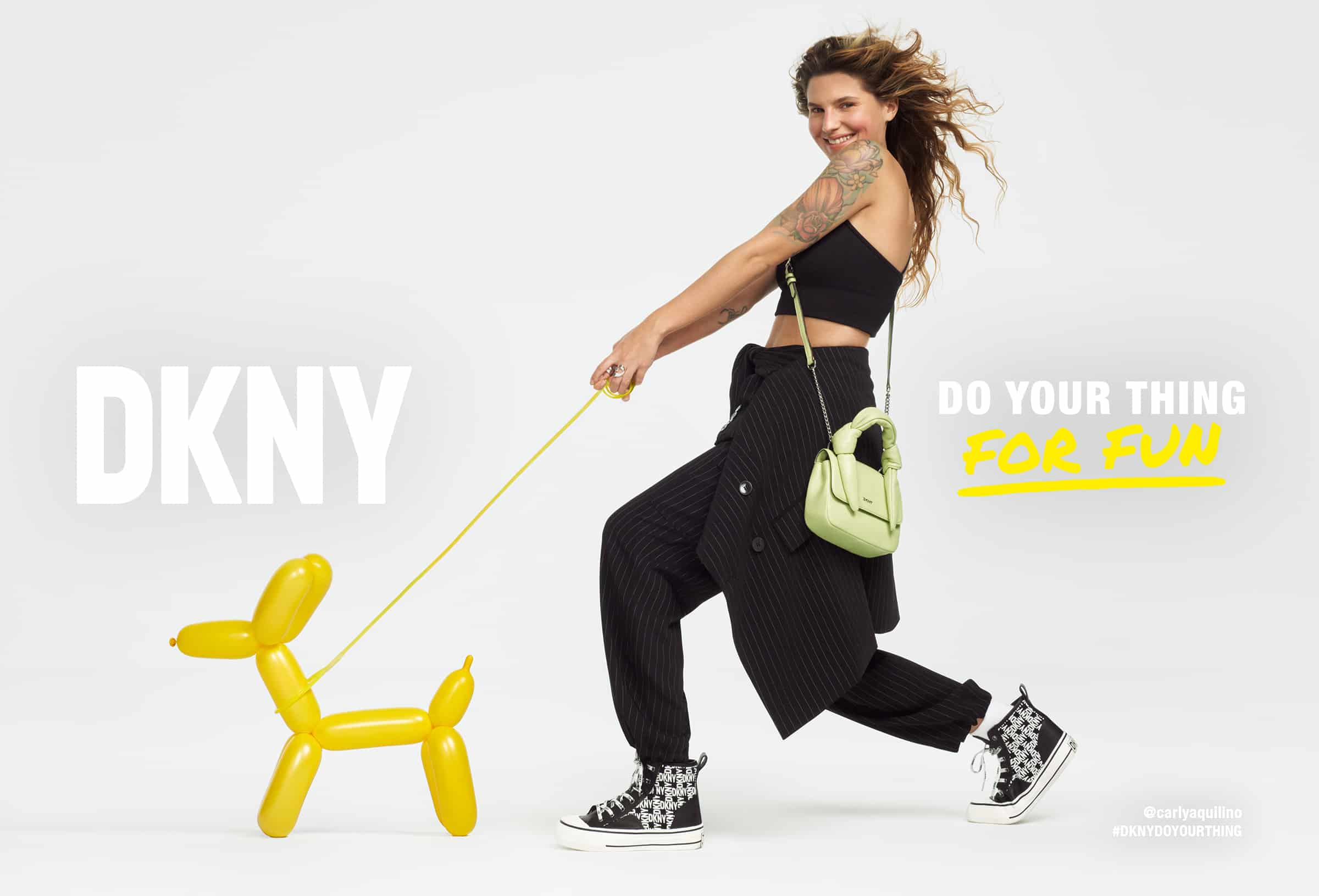 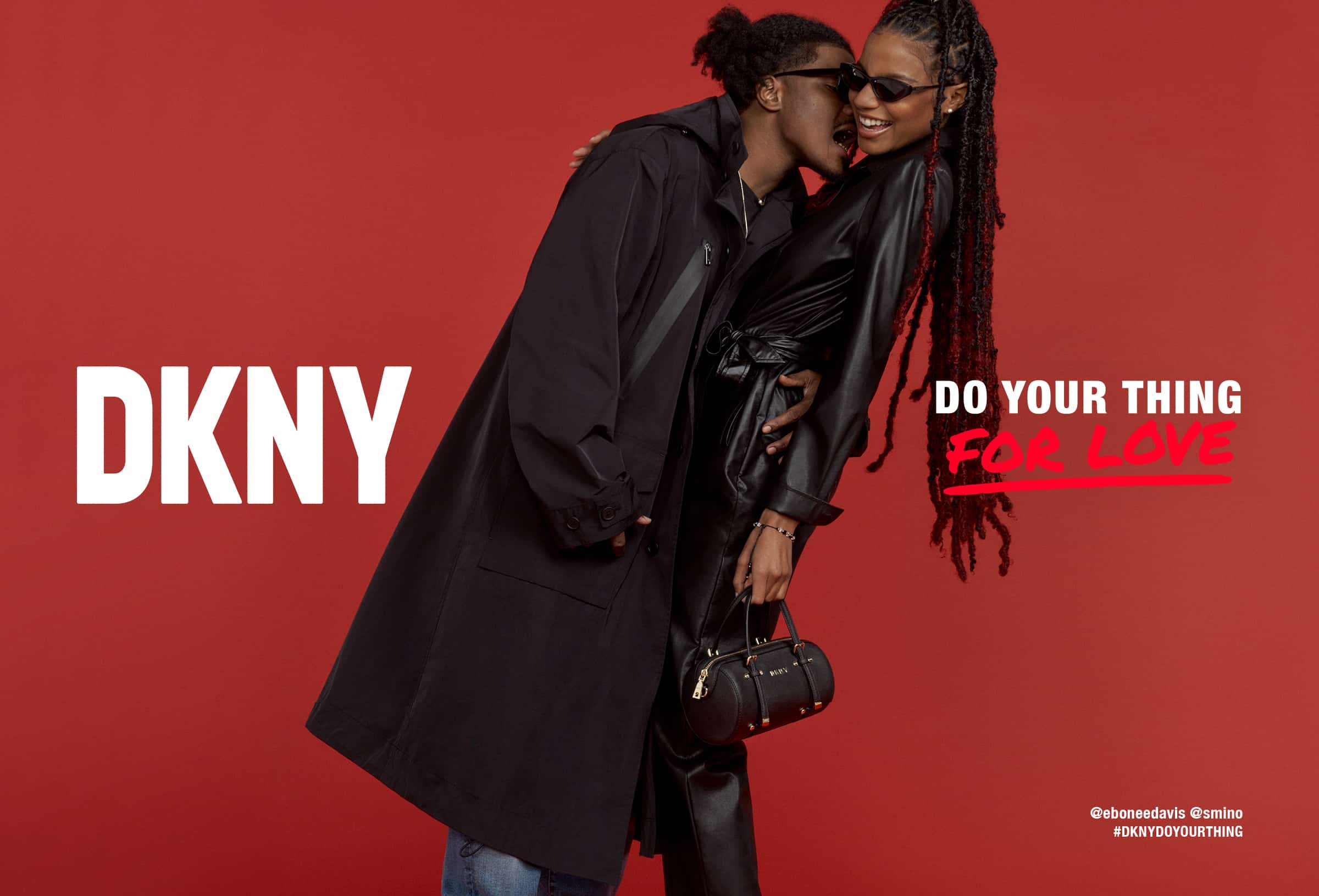 Saks teams up with Lupita Nyong’o

Saks has debuted its digital-first spring 2022 campaign featuring Academy Award-winning actress and star of the upcoming Black Panther: Wakanda Forever movie, Lupita Nyong’o. Saks’ Spring Campaign celebrates the best in fashion and showcases bright, bold styles for spring, with Nyong’o photographed in stunning pieces by Versace, LaQuan Smith, and Brandon Maxwell. Nyong’o was also interviewed as part of Saks 360 degree coverage, where she talked about the highs and lows of her career, her experience working with the late Chadwick Boseman, and her most memorable red carpet style moments. The star also talks about turning failure into a triumph: “When I was in highschool, we had a theater competition. Because I was such a thespian, I took it upon myself to write my play. It was terrible. I think we came fourth out of four. But, I think it really propelled me forward in my being curious about learning and asking questions before diving right into it.” 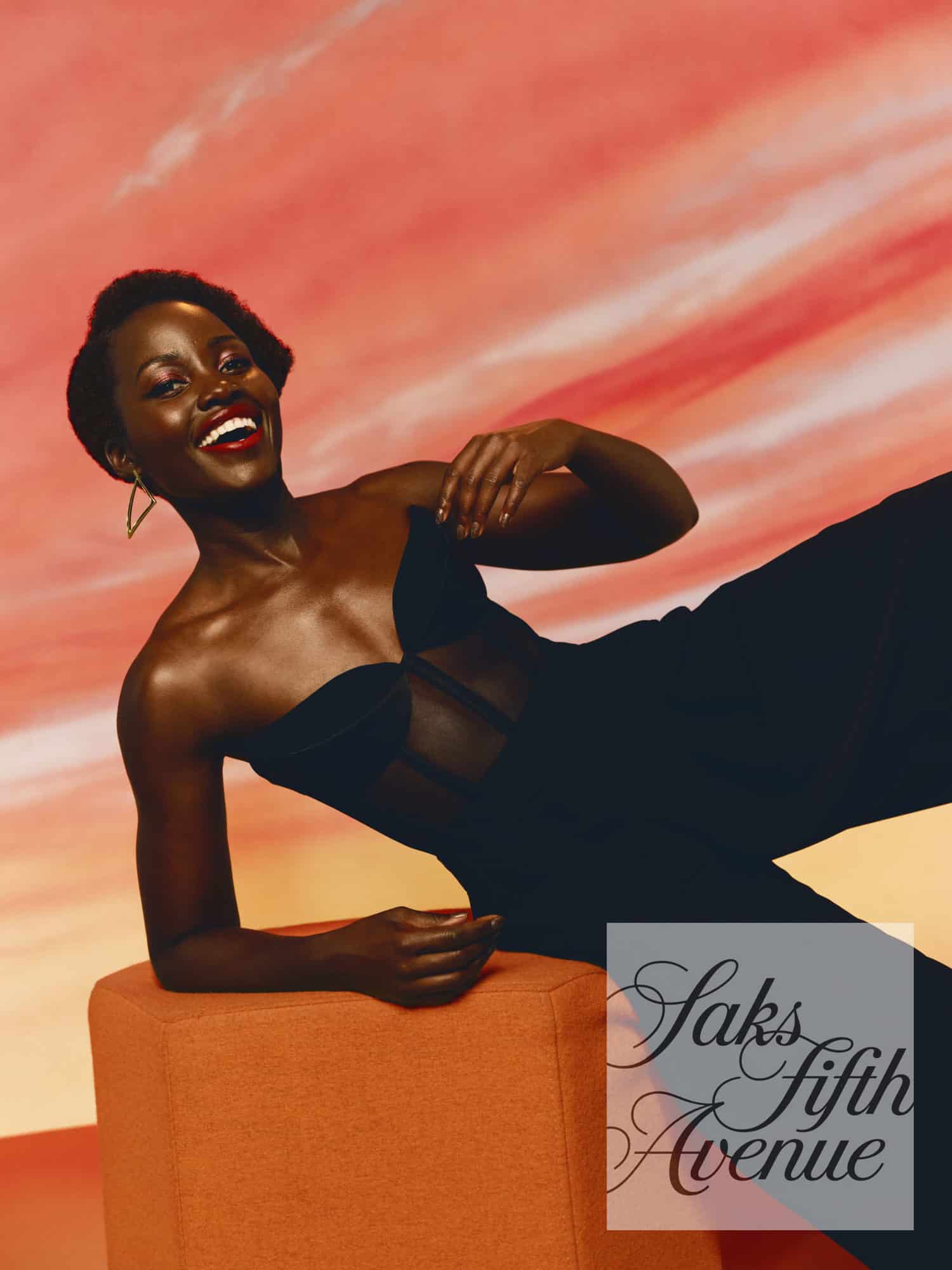 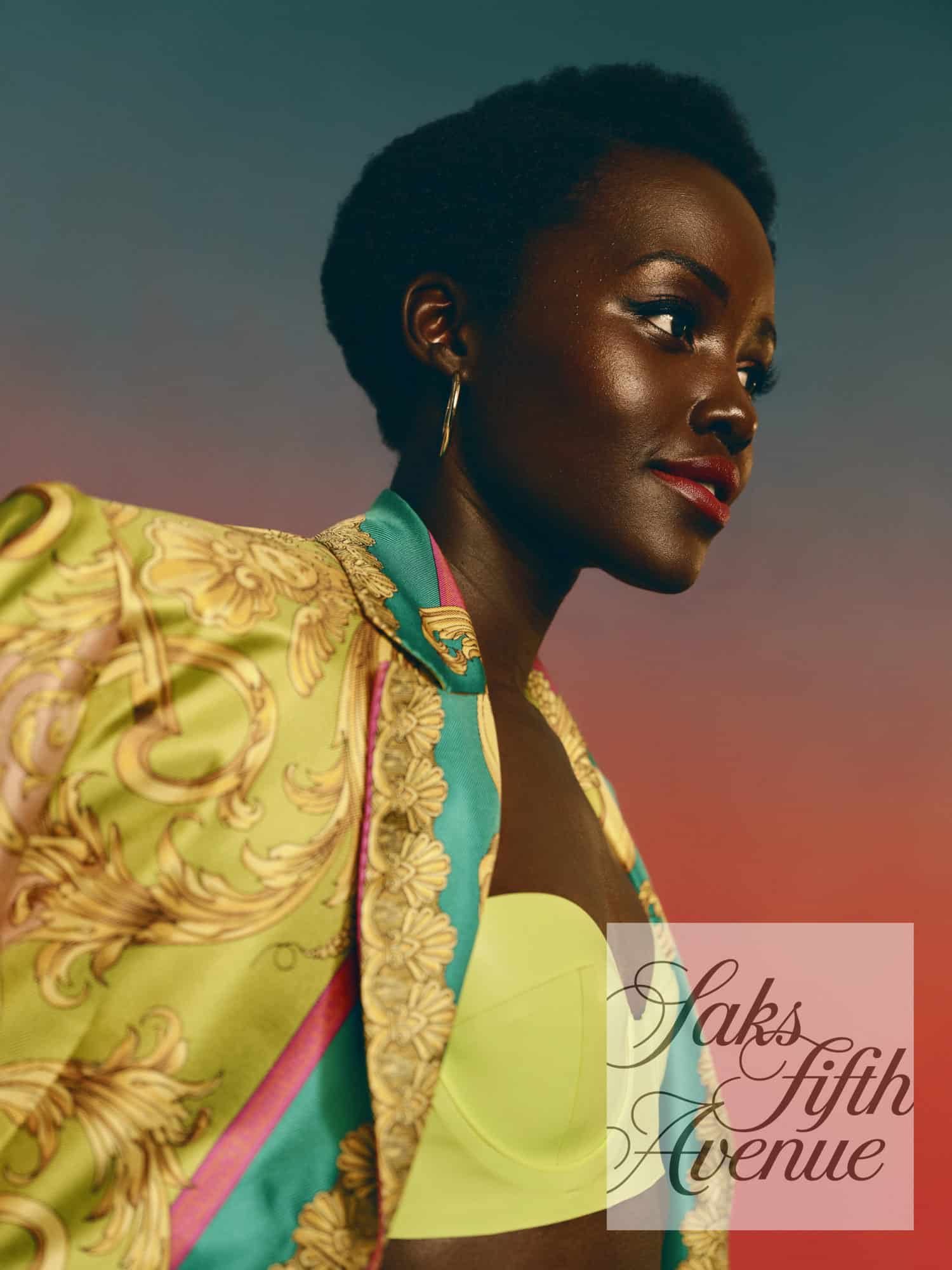 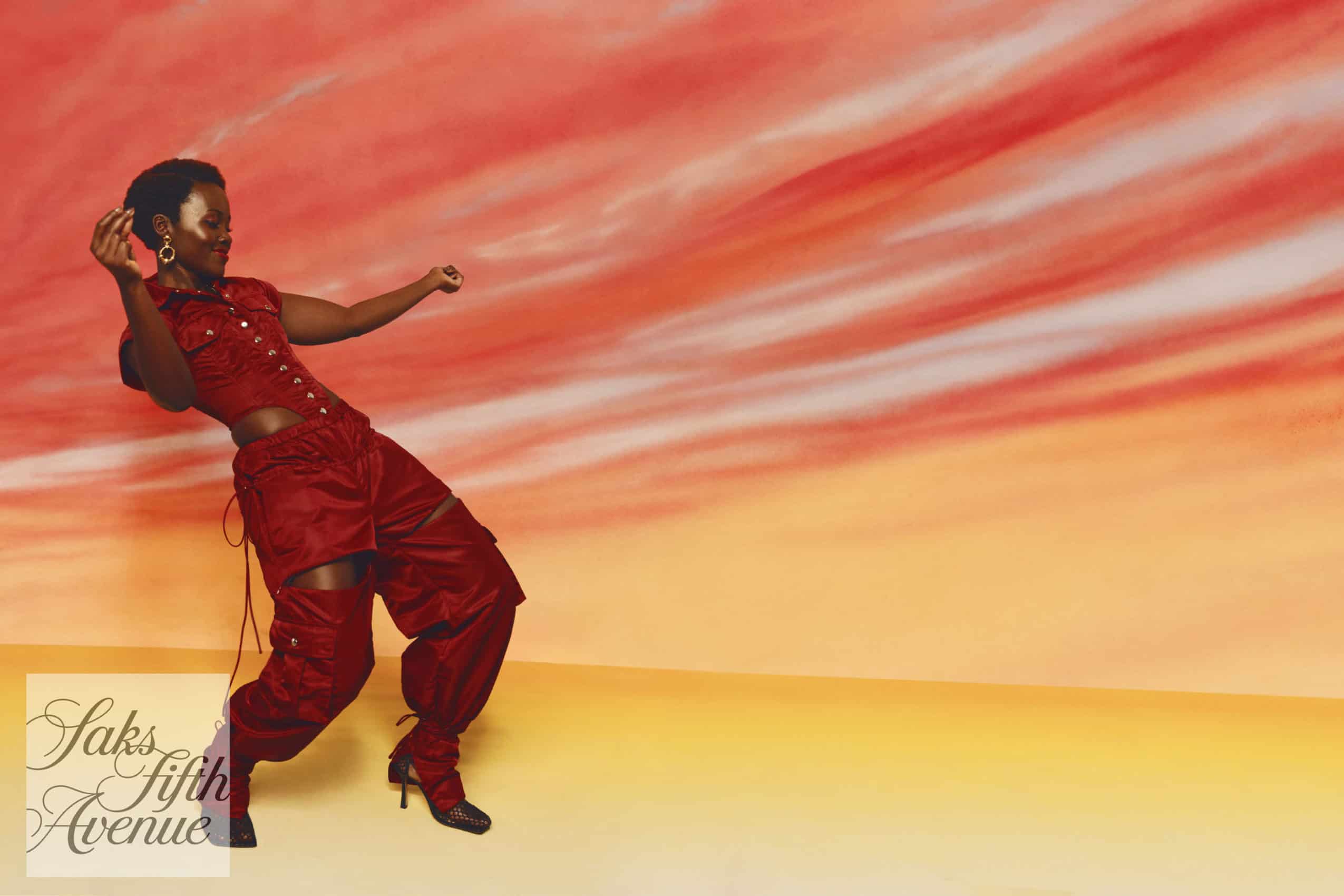 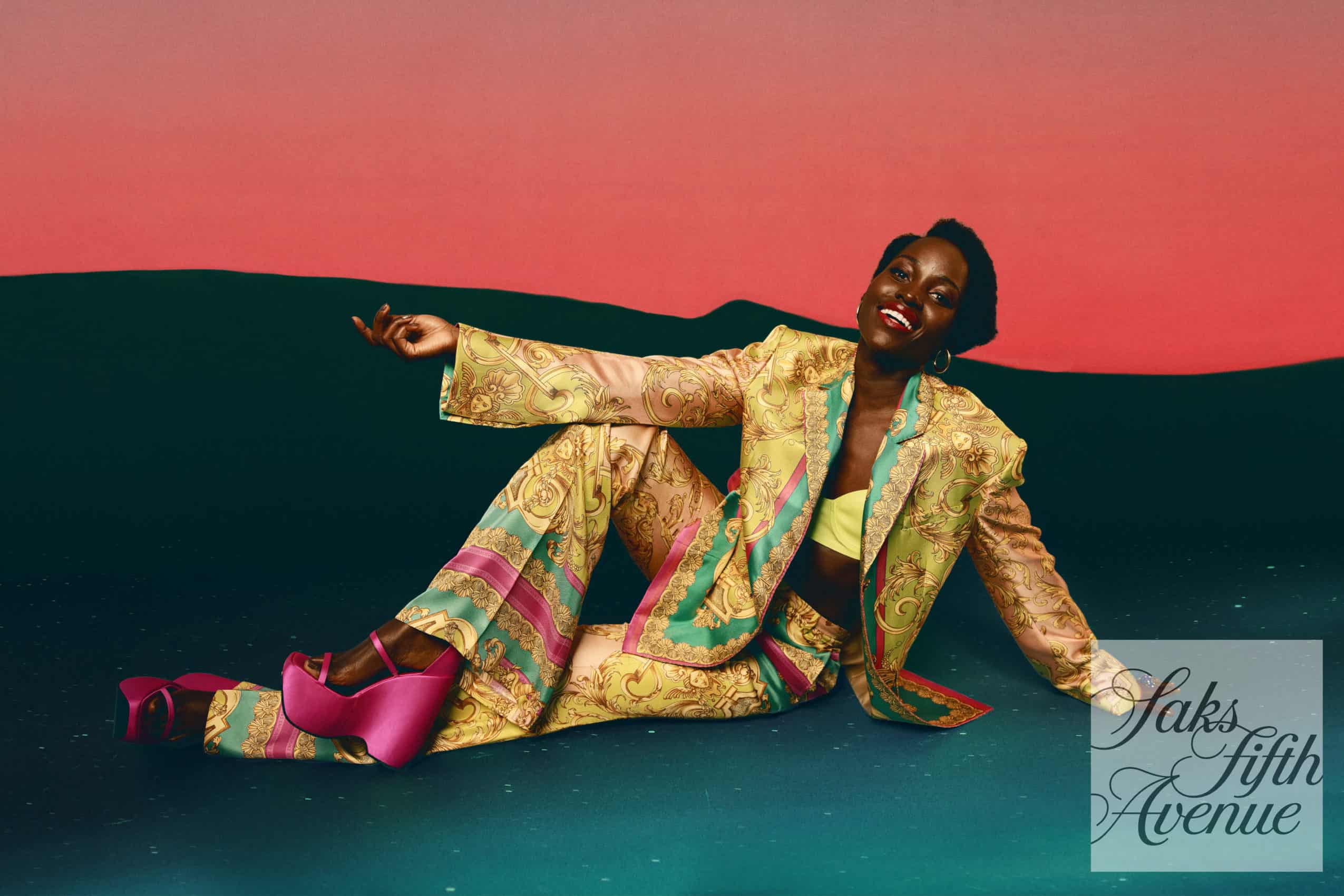 Who is Robert Pattinson? GQ is letting us know! With an editorial begging the same question, the magazine is presenting the actor in a whole new light. After taking a step back from mainstream cinema, Pattinson is making a career pivot and returning to the world of huge franchise films, first up taking on the role of the Batman. “I’m constantly doing risk assessments, which drives everybody crazy, trying to predict every single element that could possibly happen.” When asked if he felt he achieved his goal of portraying the Bat, the actor told the publication.  “I’ve definitely found a little interesting thread. He doesn’t have a playboy persona at all, so he’s kind of a weirdo as Bruce and a weirdo as Batman, and I kept thinking there’s a more nihilistic slant to it.” With a shoot so full of color and disturbia, we will be eagerly waiting to see his silver screen debut as the dark knight. Read the feature here.

Meet us at the beach! French fashion house Chanel has just announced its Cruise 2023 collection and they are taking us to Monaco! A destination near and dear to the hearts of both  Gabrielle Chanel and Karl Lagerfeld, the principality is the perfect resort destination. The house has been to the area before, with the Metiers d’art collection having been unveiled at the Monte-Carlo opera house back in 2006. By choosing Monaco as the backdrop for it’s newest resort collection, Virginie Viard, current creative director of the brand, solidifies Chanel’s ties to the region and adds a new chapter to its long standing history. Although the exact location of the show is still under wraps, we do know the show will be held on Thursday, May 5. The only question: what to pack?! 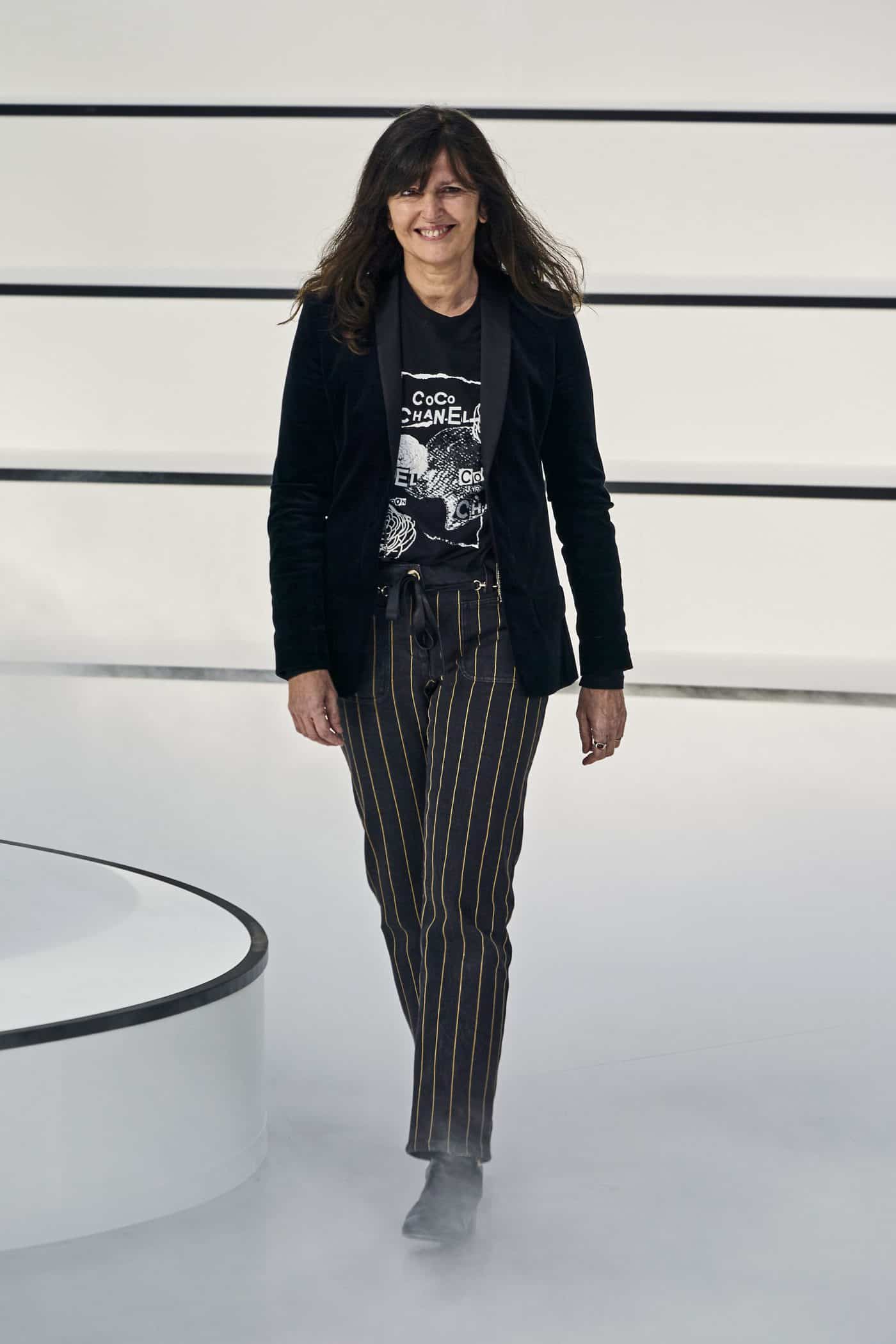 Nearly a year after his departure from Italian fashion house Salvatorre Ferragamo, British designer Paul Andrews is relaunching his namesake brand for this fall season. The focus of the collection will be narrowed down to start–a few silhouettes that blend novelty and color with comfort and wearability. “It’s on my own time, on my own pace,” he says. “The targets are based on my own ambitions and I can scale the business as fast or slowly as I choose.” After a quick yet memorable run at Ferragamo, with Andrews being promoted from women’s footwear director to overseeing all of the brand’s categories during his tenure, we are excited to see this new chapter. 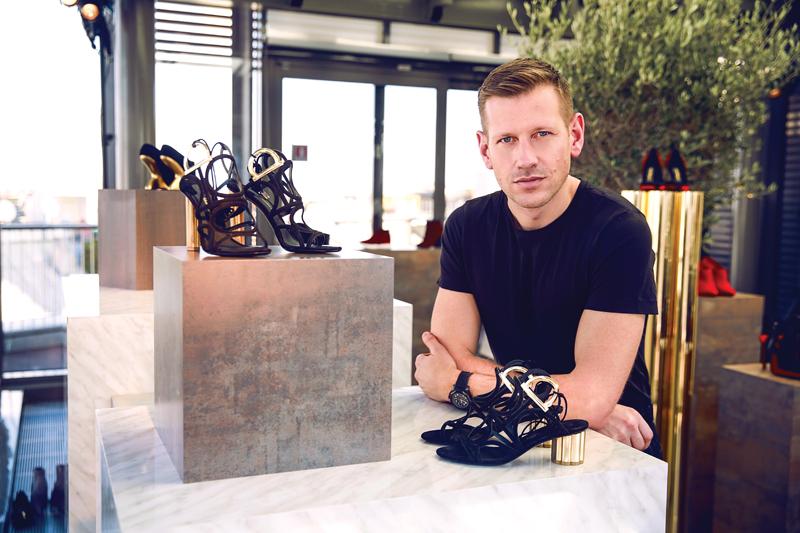 Lindsay Lohan is back and ready to work—with a new podcast in the works!

Child star and entertainment monument Lindsay Lohan is back and charging full steam ahead with several new projects for 2022. Starting off her comeback year right, Planet Fitness tapped Lohan to star in their 30-second Super Bowl commercial. The commercial debuts a “new and improved” Lohan working out and sleeping better than ever, with shots of faux paparazzi disappointedly waiting for her outside of a night club. “Exercise is a big part of my life now […] and Planet Fitness is an inclusive environment,” the star told Vogue. “It’s a safe, fun space to work out in, which I really liked about them.” The 35-year-old also got candid about a new podcast that she is starting this year. “Because I’ve never done a podcast, it’s been a learning experience for me as I go, which is the fun part about it. I’m speaking to people that I want to learn more about, and hear more about their artistry and work. It’s just going to be very casual, fun conversations.” 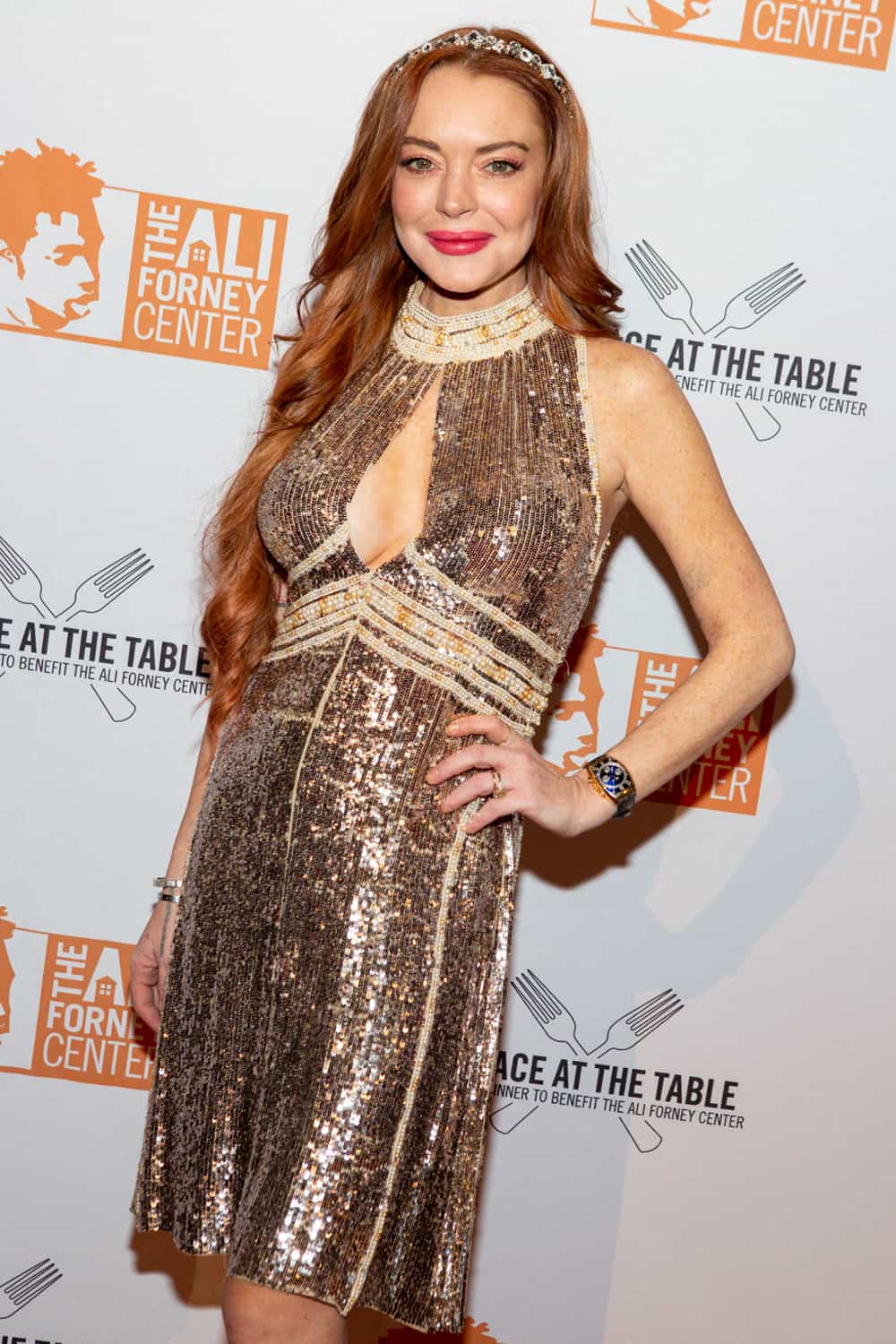 Reports broke today that Chris Huvane, a Hollywood force and the talent manager behind stars like Julianne Moore, Margot Robbie, and the late Chadwick Boseman, died by suicide Sunday night after years of battling depression. “We are devastated beyond words this morning, Chris was simply the best of the best,” a statement provided by his business partners reads. “A brilliant manager, consummate colleague and friend, a rock of our company and our culture, beloved by every single person who ever met him. ‘It’s an incalculable loss and our hearts go out to his family and friends.” A listers like Zoe Deutch, Julia Fox, Zach Braff, and Henry Winkler have all taken to social media to share their fond memories and affection for Huvane. If you or someone you know is in need of help, call the National Suicide Prevention Lifeline at (800) 273-TALK (8255)

Shook & devastated by the death of dear friend Chris Huvane. An obit calls Chris "one of the nicest guys in Hollywood." Truer words have never been written. Chris's heart swelled with love & warmth & compassion. Even if as an amateur boxer he could probably knock you the f out… pic.twitter.com/8SDlDCh4I8