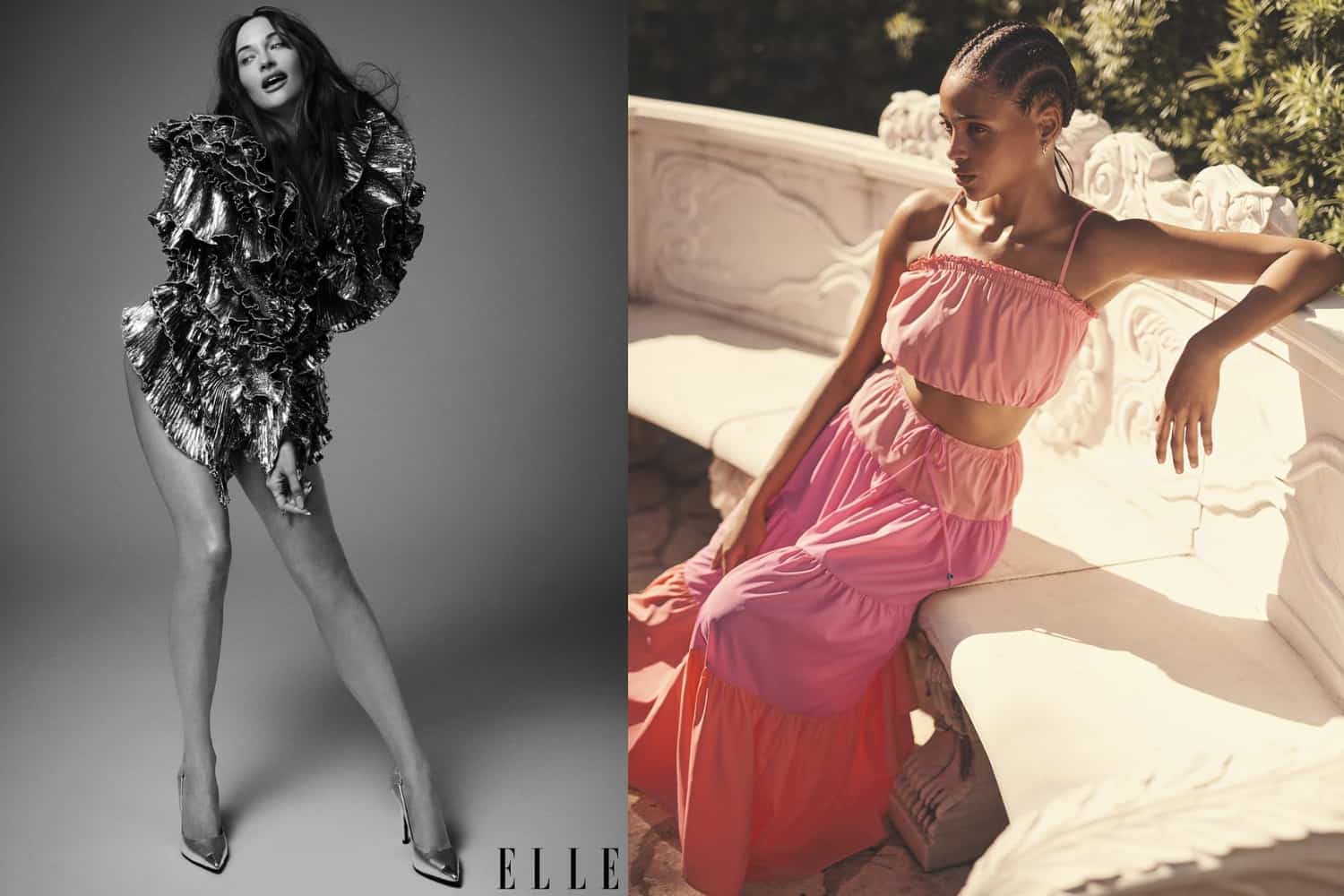 Elle tapped multi-Grammy award-winning singer Kacey Musgraves for its June/July cover. The cover, photographed by Cass Bird, shows Musgraves in a pink Versace bustier dress—one of the many fetching outfits she sports throughout the story! Musgraves lets down walls and gets real in the cover story interview, discussing the tumble her world took in the past year, and a mushroom trip revelation. The star, who stood on stage at the 2019 Grammys holding her shiny ‘Album of the Year’ souvenir and thanking ex-husband Ruston Kelly for his support, reveals that she would have never expected to be divorced and with an entirely new album just a year and a half later. That album, which is scheduled to be released later this summer, is a more sincere depiction of Musgraves’ reality and it prioritizes feelings over fantasy—something Musgraves hasn’t done in the past. “It’s daunting to put your emotions about something really personal on display,” Musgraves told Elle. “I haven’t spoken much about this chapter, and I don’t feel like I owe that to anyone, but I owe it to myself as a creator to flesh out all these emotions that I’ve felt, and I do that through song.”

Tom Ford x 52HZ is broadening the Tom Ford Plastic Innovation Prize competition in the fight against plastic. Announced today, the luxury brand is now accepting submissions from inventors  and entrepreneurs with ideas to put an end to plastic pollution. The two-year competition, which pledges $1 million and three years of developmental support for finalists, aims to accelerate innovation surrounding affordable and sustainable alternatives for thin-film plastic—the same material that accounts for 46% of plastic waste entering oceans. “Sustainability is a key critical issue in our lives now,” Tom Ford said. “We will continue to advocate for the adoption of the winning innovations and will do whatever we can to turn the tide of plastic pollution and thin-film plastic specifically.”

Intermix has teamed up with Staud cofounder Sarah Staudinger for the summer drop of our dreams! The exclusive six-piece capsule, aptly named “Celebrate Summer,” flauts a palette of bright yellows, fuschia pinks, and tangerine oranges—each of which makes celebrating summer simpler than ever. The offering keeps versatility and splashy tones top of mind, with breezy frocks, lightweight ribbed knits, and two-piece maxi sets. Whether making an appearance at a backyard barbecue or a beachfront wedding, each style guarantees the perfect silhouette for any occasion. The capsule is currently available exclusively in-store and online at Intermix. 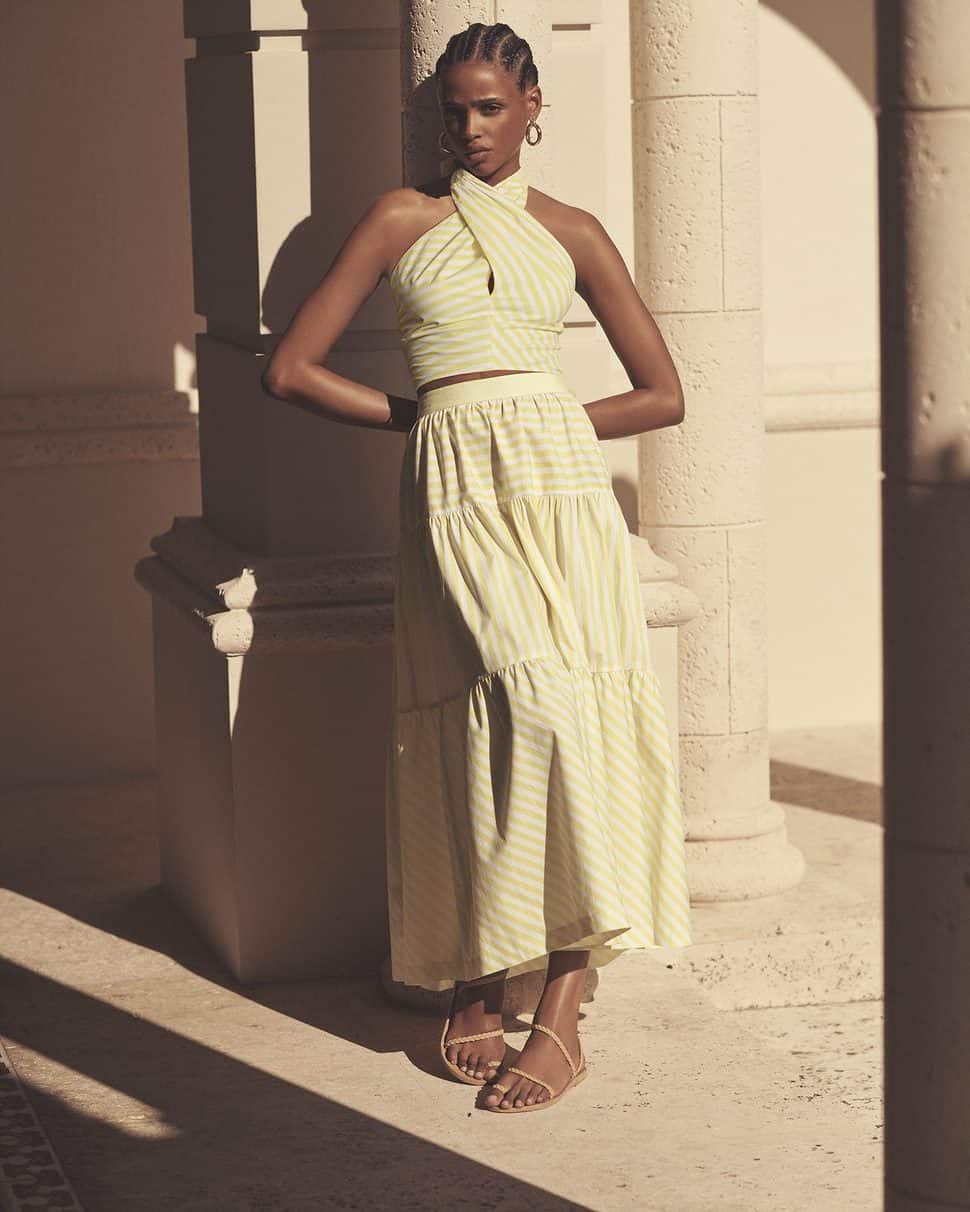 The American brand founded by sisters Kate and Laura Mulleavy just dropped its latest offering, and Alicia Silverstone is fronting it. The “Clueless” star is joined by the design duo’s close friends and muses, including Brother Vellies’ founder Aurora James and model Heather Kemesky, in the lookbook which was shot by Todd Cole on a rocky California beach. Inspired by their interpretation of ’90s fashion, which the Mulleavy sisters likely gathered from the fan favorite flick they’ve apparently watched “hundreds” of times, the offering includes brand signatures mixed with nostalgic styles—puffy sleeves, floral motif-painted dresses, varsity jackets, and statement jewelry Oh, and did you really think that a sequined suit wouldn’t make an appearance? Ugh, as if! We can’t wait to see what the SoCal sisters bring to the runway when they make their grand return to NYFW this fall!

Cult favorite direct-to-consumer brand CUUP is expanding its offering to include swimwear, with its first collection dropping today. The lineup features three size-inclusive bikini tops and three bikini bottoms, each of which are modeled and named after the brand’s respective bra cups and bottoms styles. Like its lingerie, the swim styles come in five bold colors—Black, Seaweed (green), Earth (brown), Lava (red), and Shell (white). Customers can rest assured that each design nods to the supportive and stylish craftsmanship the brand is famed for. The CUUP team spent two years conducting over 100 fittings on 25 different women’s bodies—all to refine the sizing and design for a perfect swim wardrobe for all. CUUP Swim will offer 53 bra sizes, ranging from 30A to 42F, and seven sizes for bottoms, ranging from XS to XXXL. The collection is now available for purchase on CUUP, with prices ranging from $68 to $98.

Giorgio Armani has announced his in-person return to Milan Fashion Week, beginning with the house’s Spring 2022 menswear show on June 21. The designer, notably, was one of very few to cancel a show pre-COVID in Febuary 2020 amid rising concerns—the first show cancelation in the brand’s 45-year history. The upcoming menswear show is scheduled to debut in the Milan courtyard of Via Borgonuovo 21 with a live audience—the same place Armani staged shows before moving onto his signature location, Milan’s Teatro, in 2001. Armani Privé Couture is also set to show at the Italian Embassy in Paris on July 6.

For the first time in over half a century, Balenciaga will return to the couture stage. Not only will creative director Demna Gvasalia be debuting his first haute couture offering, but it will take place against the backdrop of a restored replica of Cristóbal Balenciaga’s original couture salon (Chanel and Dior are notably planning similar salon restorations!). Scheduled to take place on July 7, the show will be an in-person gathering—the first for the fashion house since the start of the pandemic. Unlike previous offerings, which have shown through apocalyptic catwalks and post-world video games, the salon offers an intimate reconnection with the brand’s history. There’ll also be a menswear offering in the show. 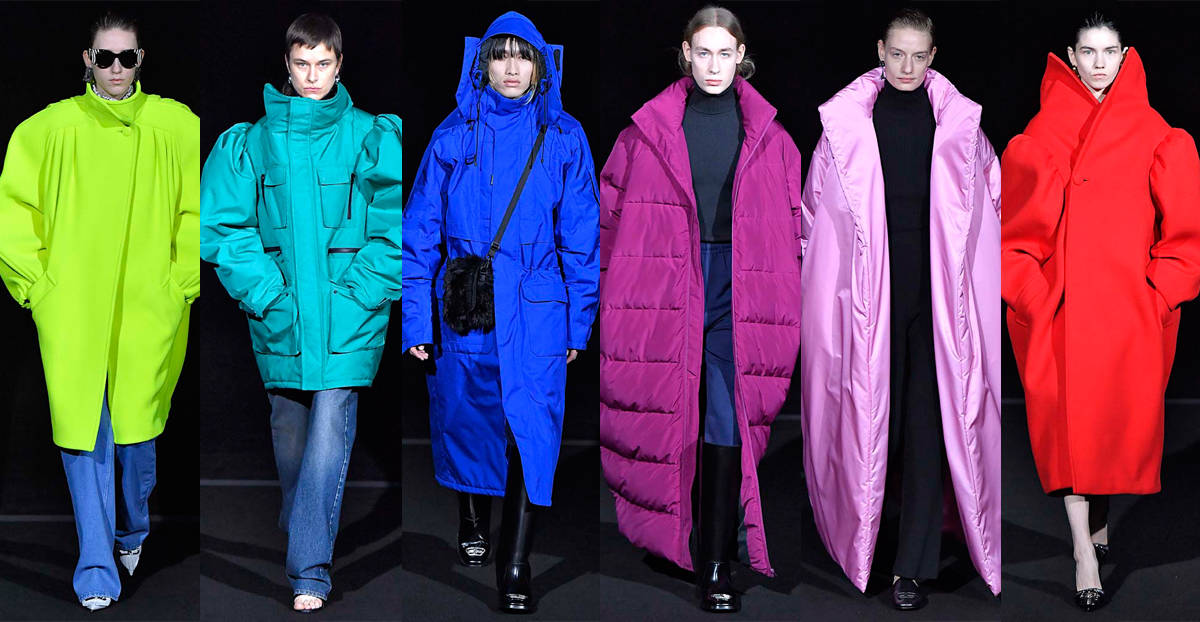