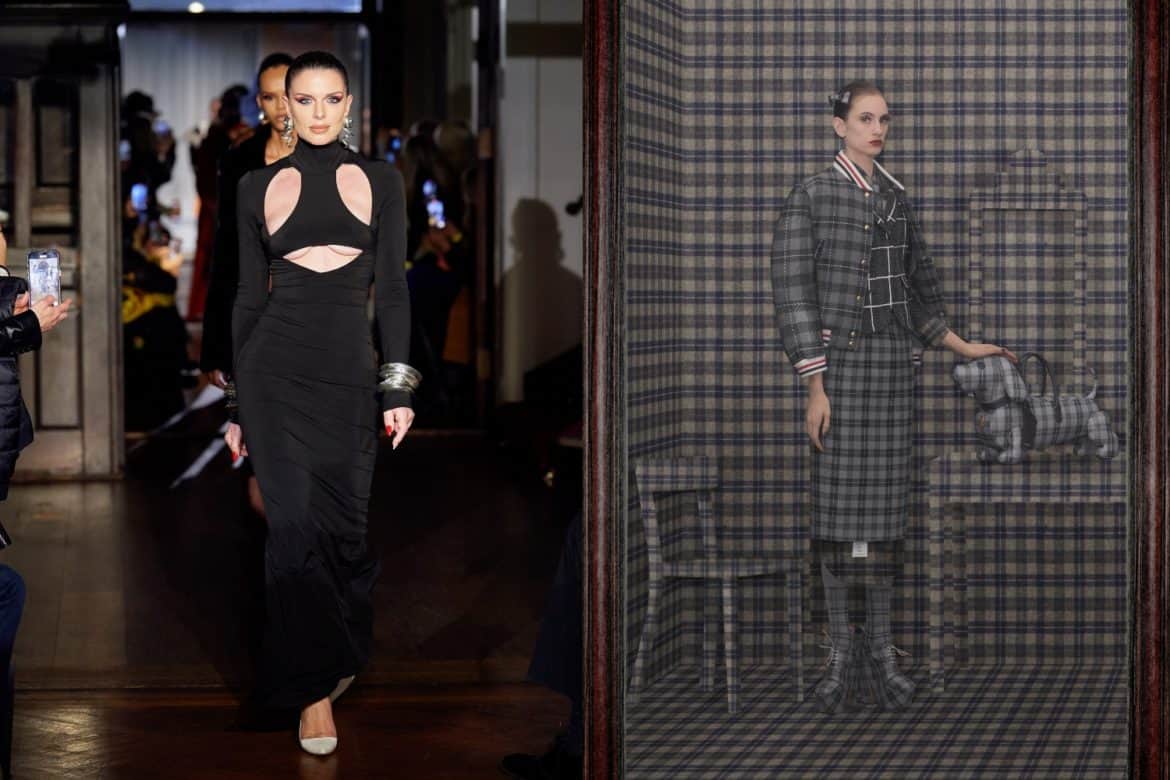 Forget the ‘revenge body’—it’s all about the ‘revenge walk’ (as coined by Vanessa Friedman last night). Hours after news broke that she’d split from Kanye West, actress Julia Fox opened LaQuan Smith’s Fall ’22 show, which was held at 60 Pine Street and dedicated to the late André Leon Talley. Her catwalk prowl marked her first time on the runway, although it makes sense considering how prevalent the mom-of-one had become in the front row at last month’s Menswear and Couture shows in Paris. Also walking the runway and showcasing the designer’s sizzling, sensual, and downright sexy separates, catsuits, outerwear, and slinky dresses were Jacquelyn Jablonski, Frida Aasen (who closed the show) and Amelia Hamlin. Where will Foxy pop up next?! 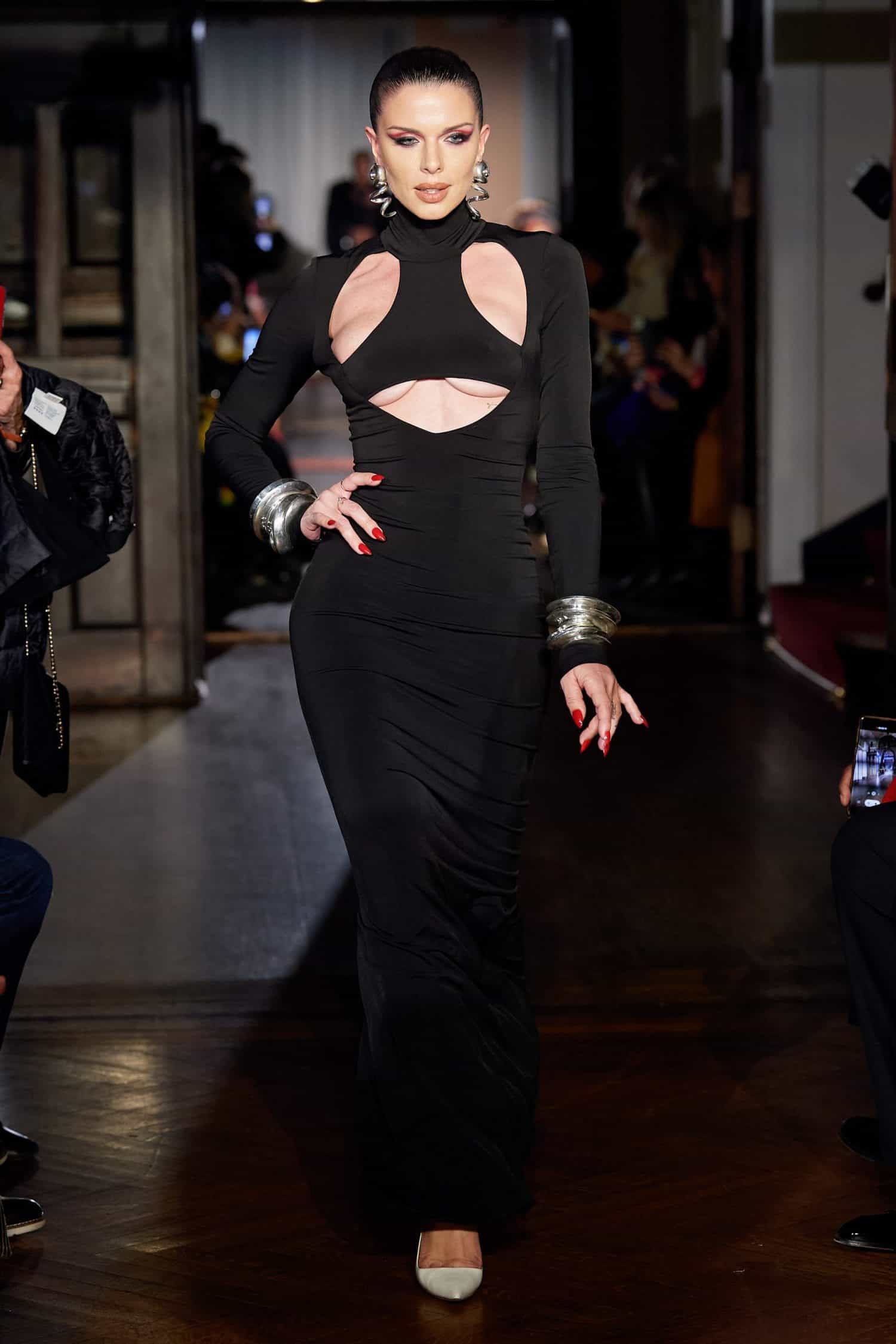 Ahead of his hotly-anticipated April show, Thom Browne has proudly given fans what they want: a collection rendered head-to-toe in his distinctive gray and blue trademark tartan. Today, the designer teases what’s ahead by sharing a portfolio of images that show his new tartan-specific offering for him, her, and the mini-mes in our midst. According to the brand, Thom Browne tartan is listed on the Tartan Registry of Scotland and was first created as a classic wool twill produced by Lochcarron of Scotland; a house dating back to the 1800s. Indeed, this tartan has been an intrinsic part of the designer’s collections dating back to Fall 2006 (were we ever so young!), and has since been seen on cashmere, wool, tweed, cotton, nylons, and, of course, Japanese school uniform twills in subsequent collections. For Fall 2022, Thom Browne will introduce tartan into his childrenswear offering too. As breadcrumbed by the NYC-based brand, the upcoming collection will see a renewed focus on heritage fabrics and traditional, timeless silhouettes. We can barely wait until April 29 to see it IRL. Get a sense of what’s to come, below: 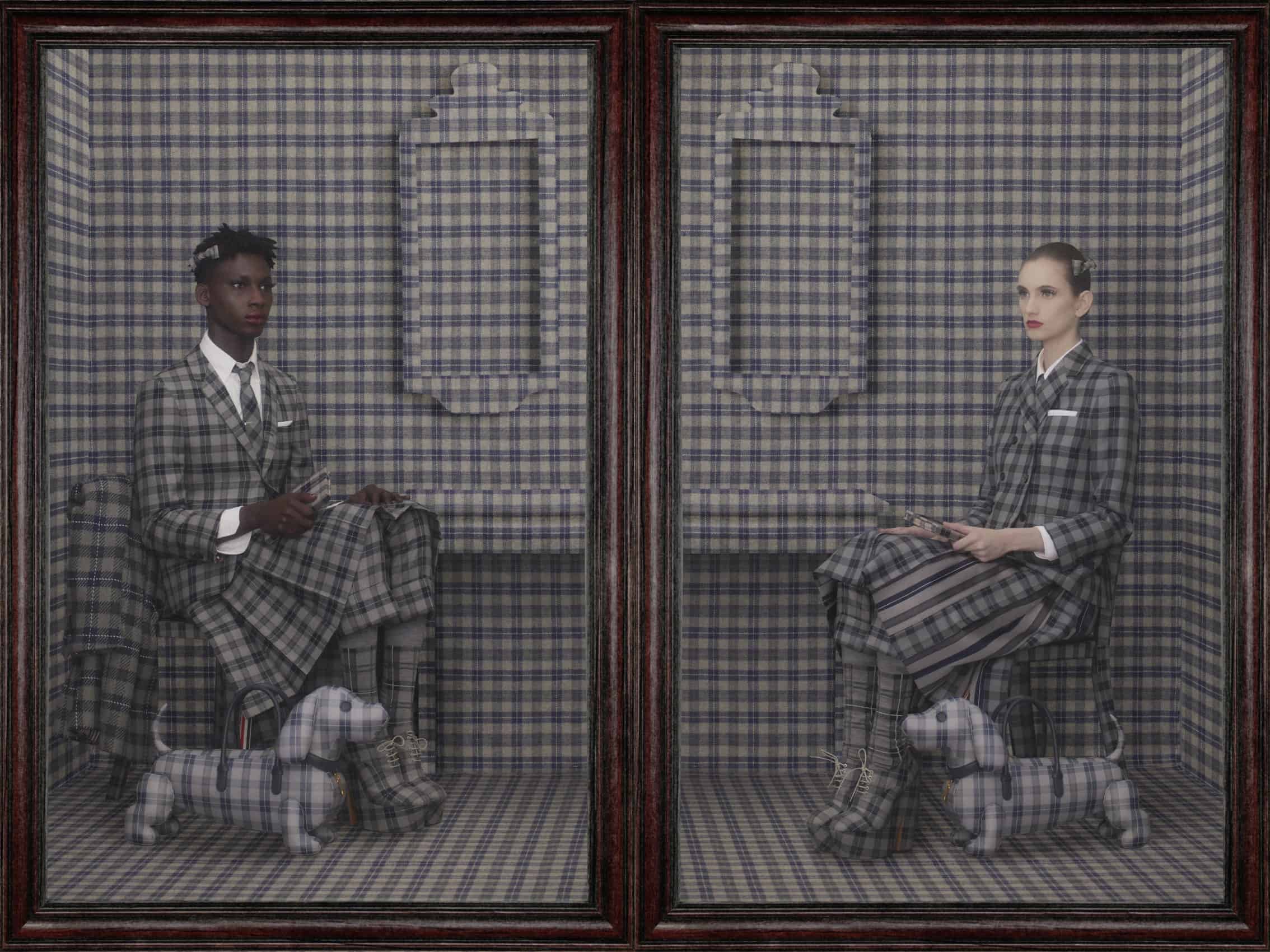 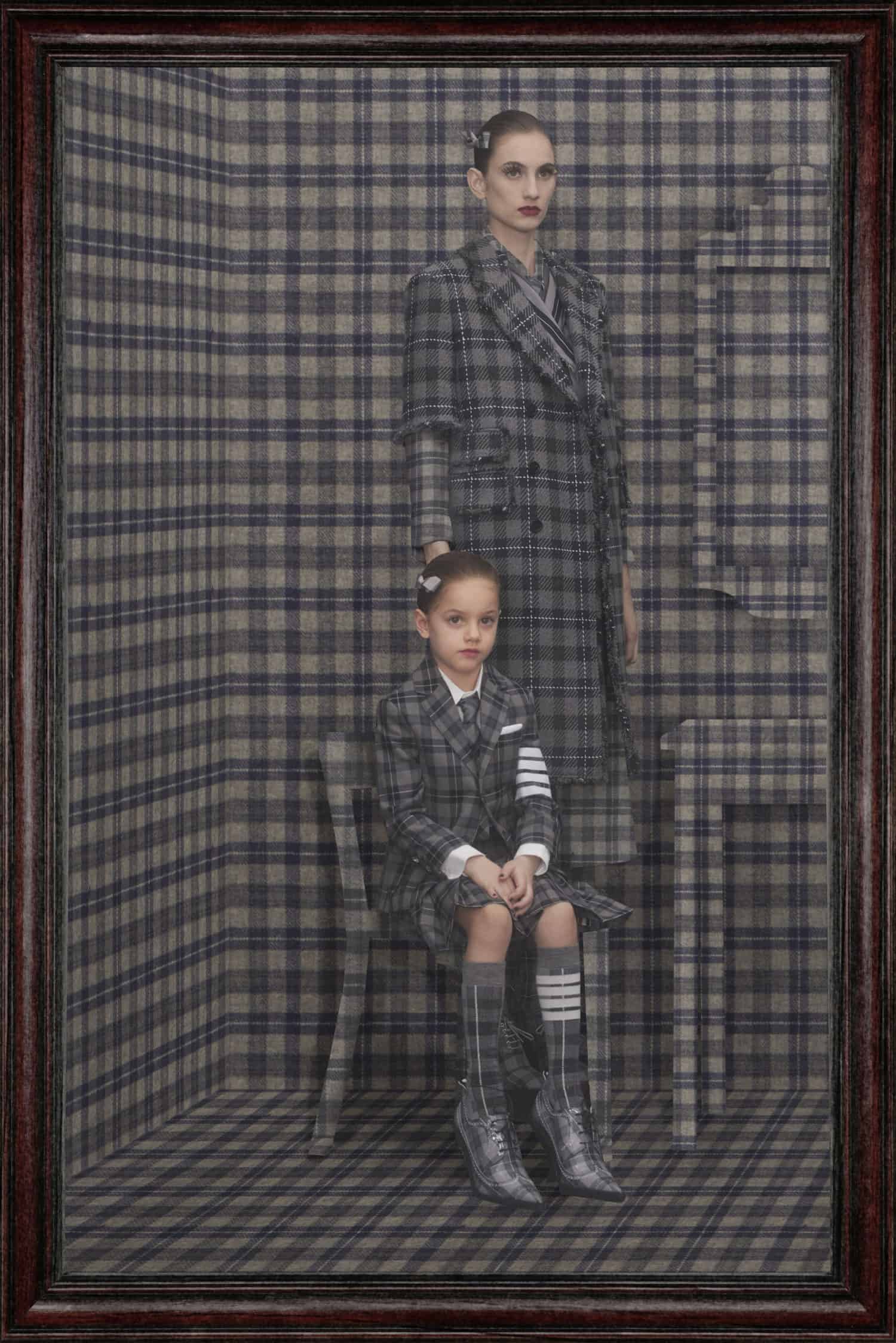 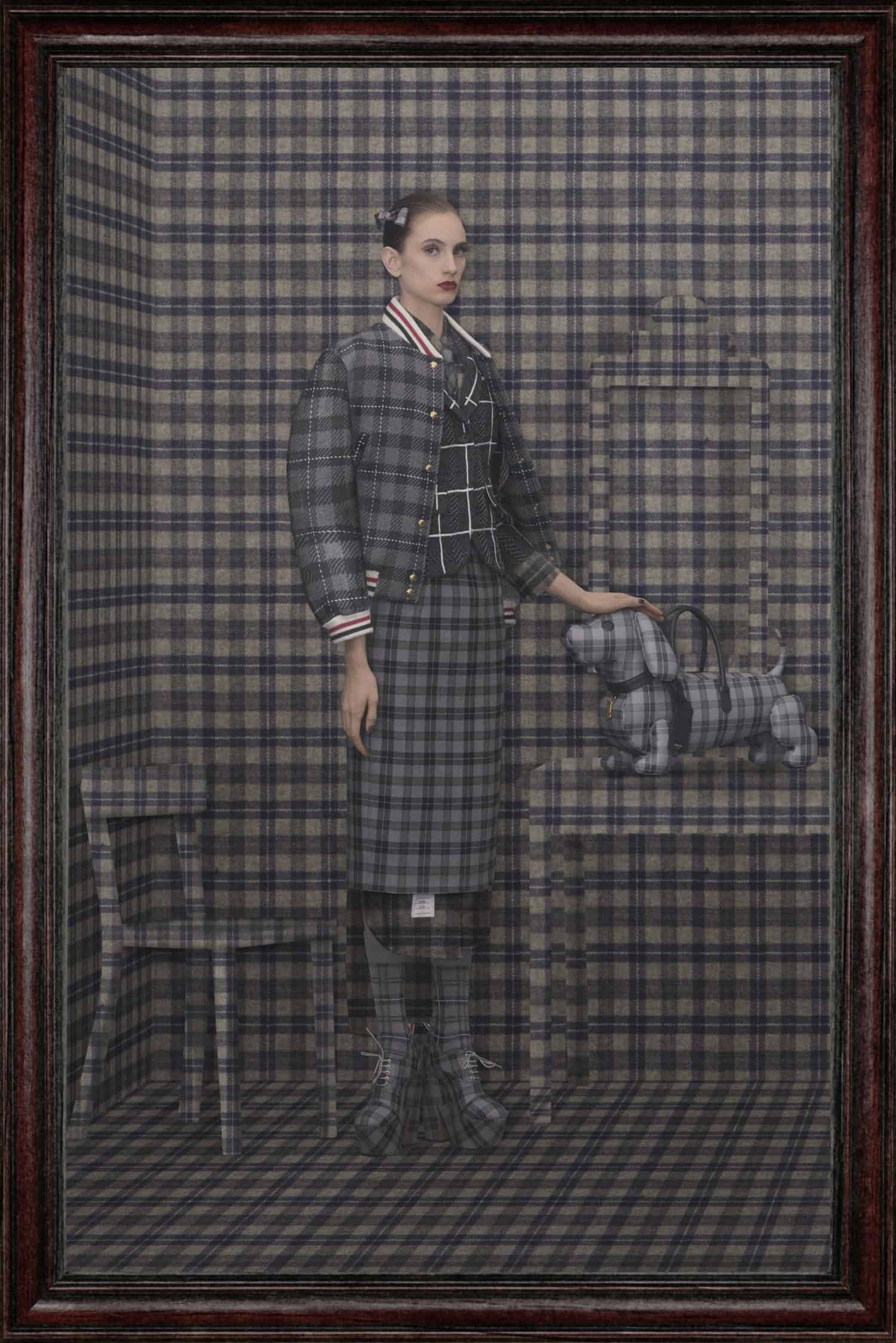 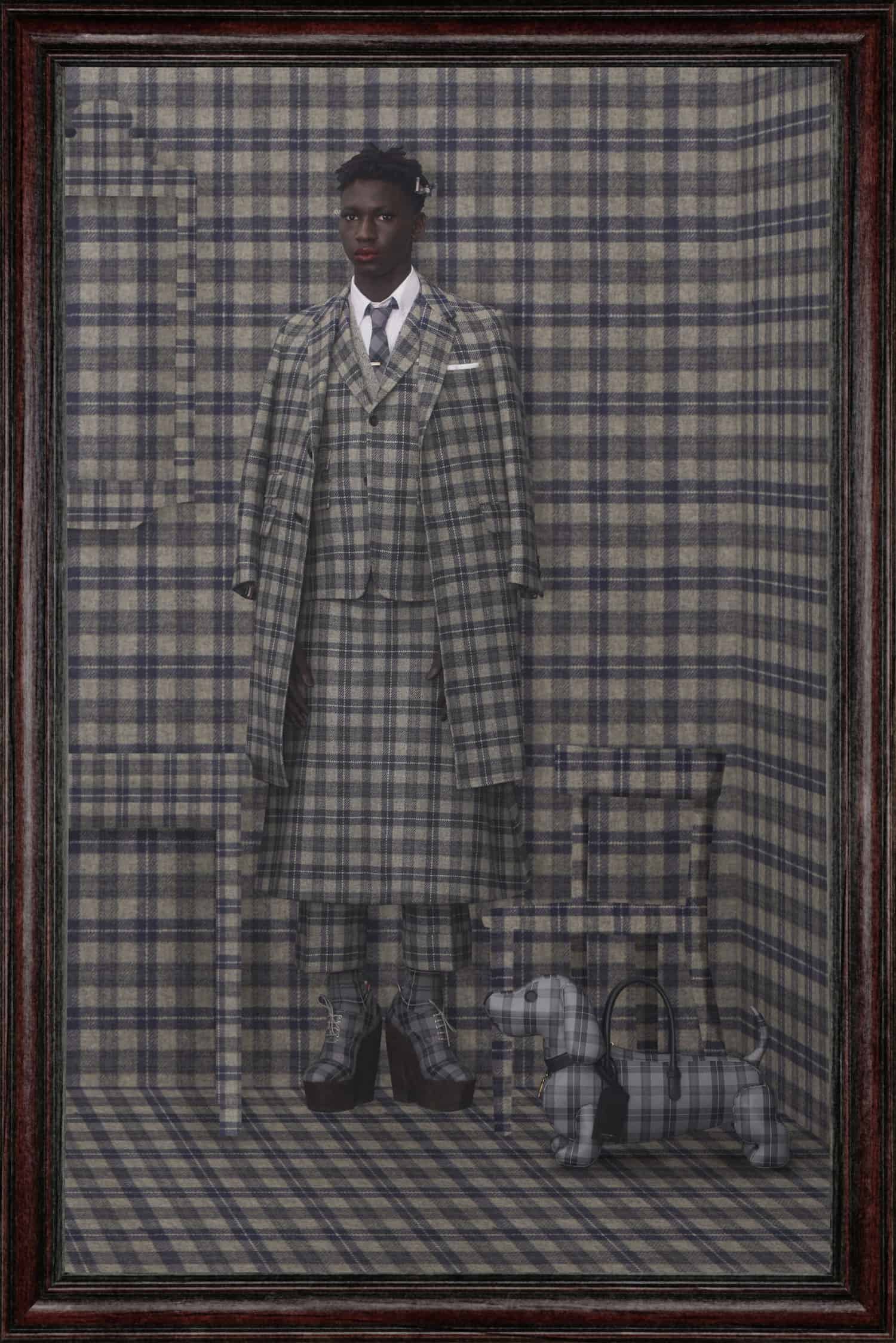 While appearing on Watch What Happens Live last night, SJP spoke candidly about And Just Like That. Not only did she make the surprising revelation that she hasn’t watched beyond episode two, the actress addressed the elephant in the room: her falling out with Kim Cattrall. “The actress that played the role is no longer playing that role, but people aren’t absent from your life when you don’t want them to be,” she said. “I thought it [the plot line] mimicked many friendships that challenge each other and struggle and want to remain connected in a way, because it’s too painful.” The style star also confirmed that “of course” Carrie called 911 when she found Big dying of a heart attack: “Didn’t you see the people behind moving the body. It’s suspended animation,” she said. As for what happened to Aidan’s speculated return, SJP said that former on-screen love interest John Corbett *might* one day reappear. “He actually reached out very kindly, ’cause he’s nothing if not a gentleman, and apologized for doing that as a joke,” Parker said. “Having said that, I think he would be well… I’m not gonna, I mean, yes, all of it’s possible. All of it’s possible.” Watch this space!

Andrew Bolton outlines what’s to come with the next installment of In America: An Anthology of Fashion

At a press preview held at the Metropolitan Museum of Art this morning, visionary curator Andrew Bolton gave an idea of what to expect from the second half of the Costume Institute’s American design-focused exhibit. Bolton revealed that eight directors, including Sofia Coppola, Martin Scorsese, and Tom Ford, have been enlisted to create stylized ‘freeze frame’ vignettes to accompany the curated offering. The exhibit will include pieces from as far back as the 19th century, with the ai to explore the overarching trajectory of how ‘American fashion’ came to be. While there’ll be a focus on the rise of the American designer as a brand (think: Halston’s rise to global household name status), there’ll be equal weight places on the stories of unknown, forgotten, or unsung designer heroes—many of whom are women. Bolton, curator in chief of the Costume Institute, also explained that some 30 new designs, mainly from emerging talent, will be added into the current In America: Lexicon of Fashion exhibit in the coming weeks.

A post shared by The Metropolitan Museum of Art (@metmuseum)

7 Swank Made In Italy Accessories Brands To Add To Cart!

Jessica Wang Reflects On Her Epic Success In The Influencer World