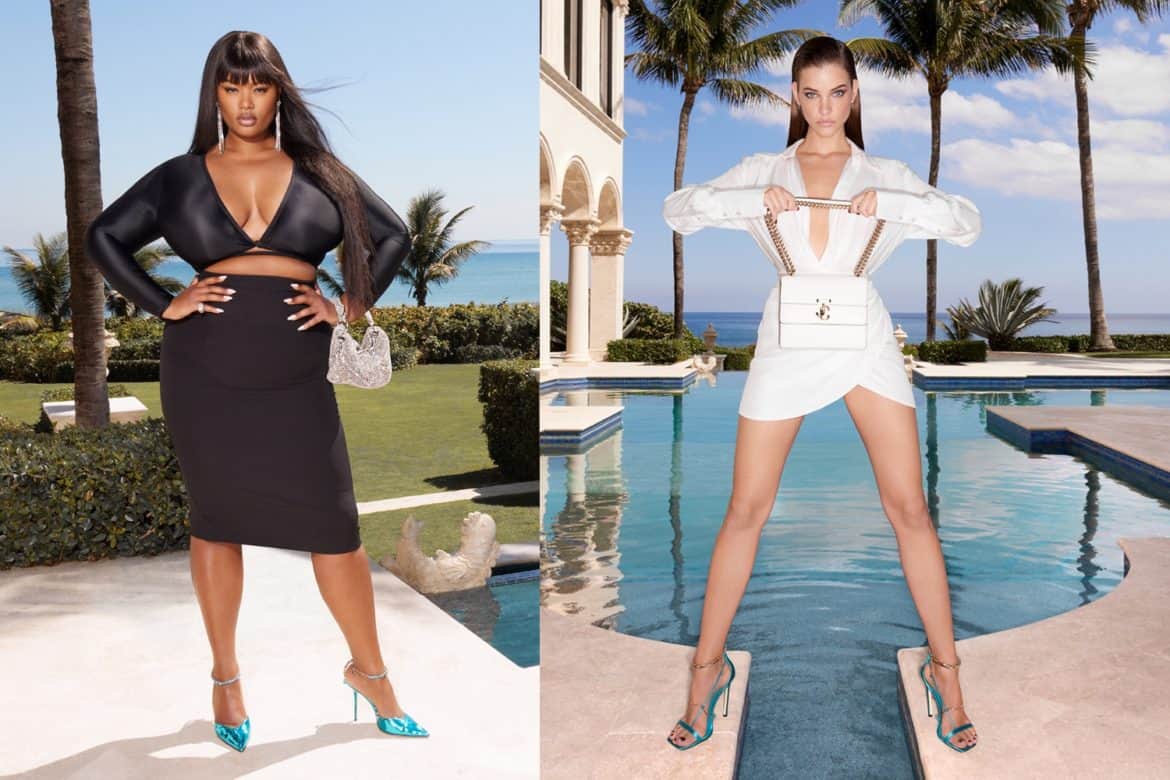 Could the summer get any hotter? Apparently! Jimmy Choo has just unveiled its summer 2022 campaign featuring Precious Lee and Barbara Palvin, as well as Madison Headrick and Geron McKinley. The setting is perfect: a decadent summer pool party happening at an opulent oceanside mansion. The opulent, high gloss surroundings reflect the bold embellishments, strong silhouettes, and uplifting colors of the new collection. This summer, apart from sunscreen, don’t forget your daily dose of Jimmy Choo. 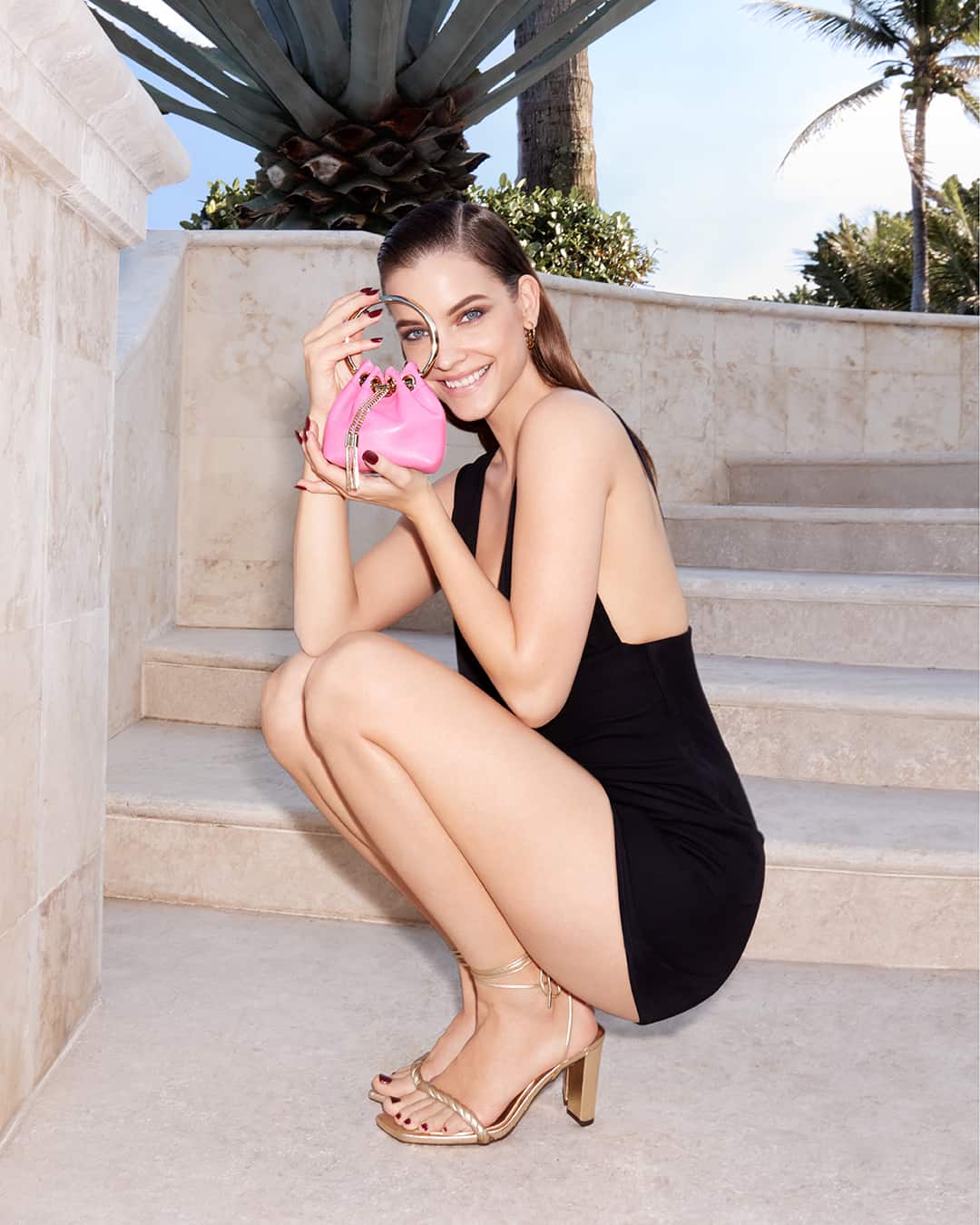 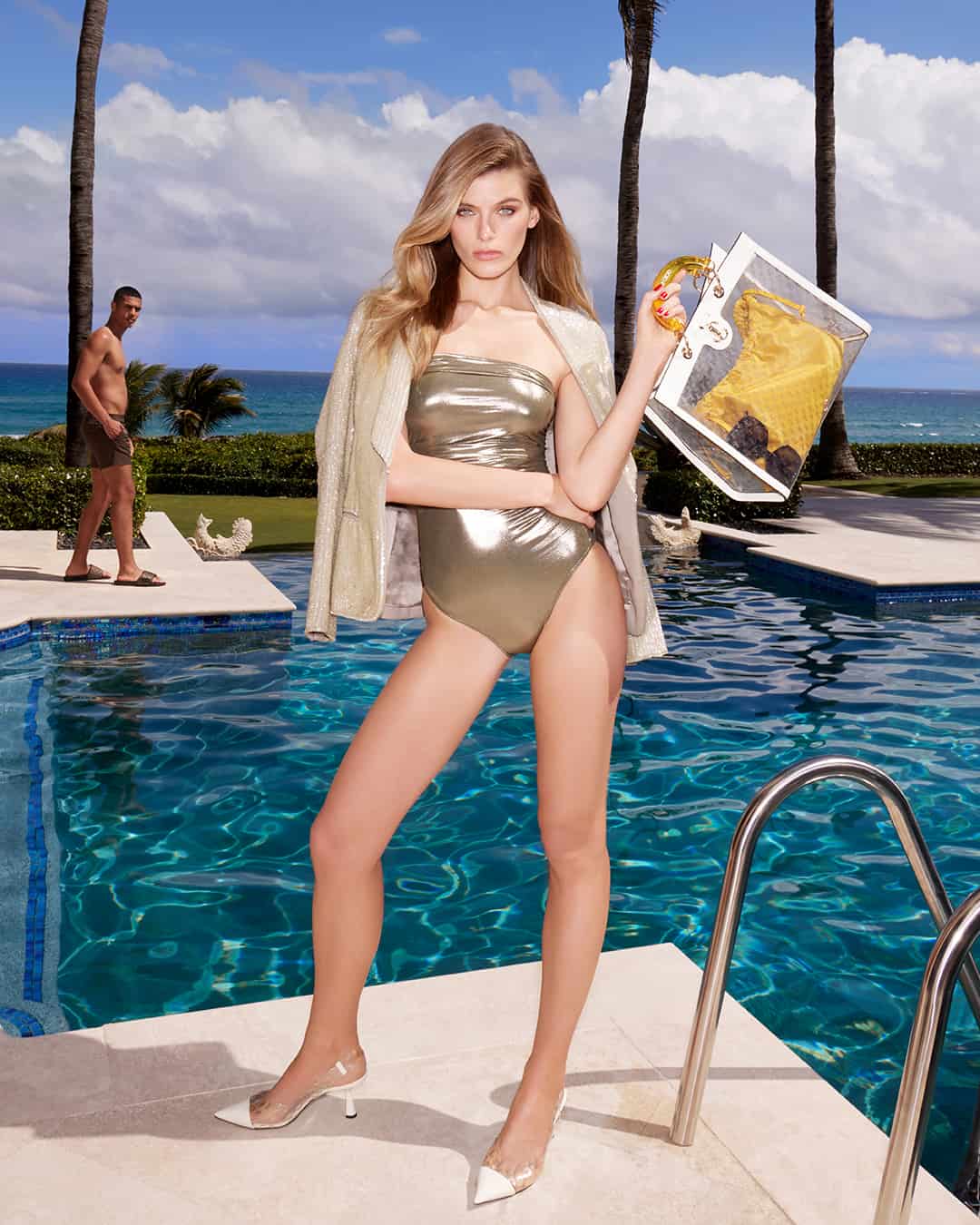 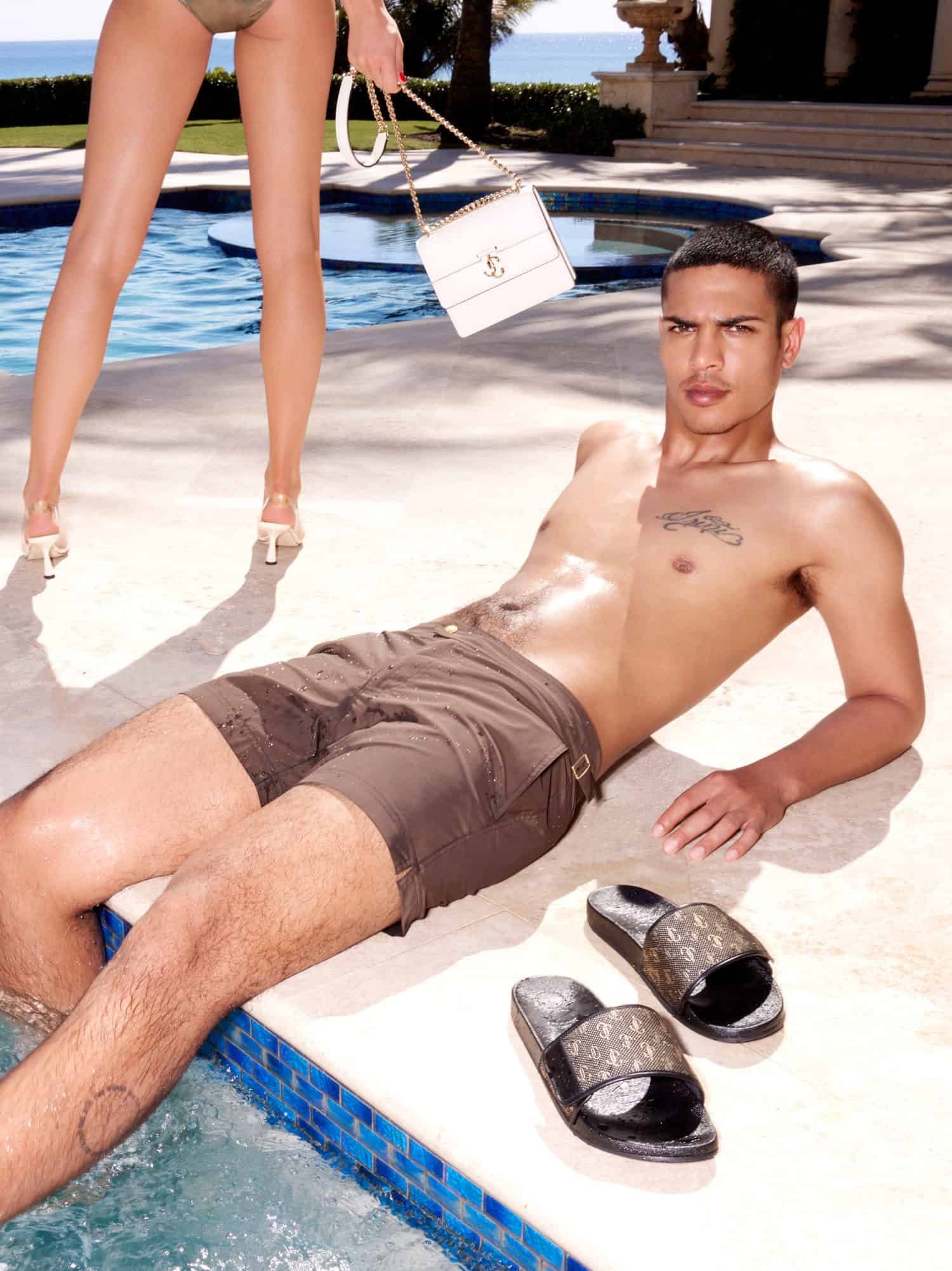 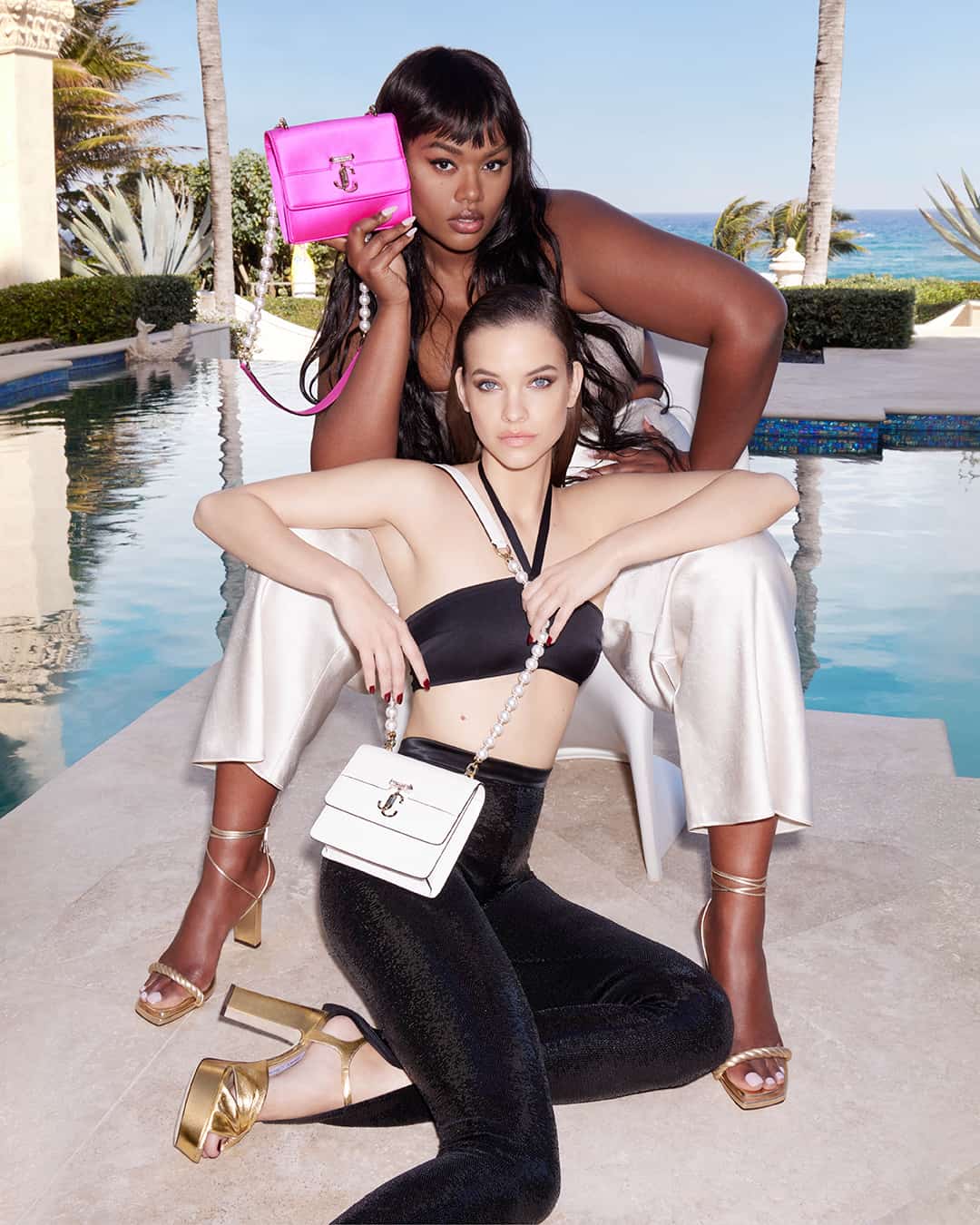 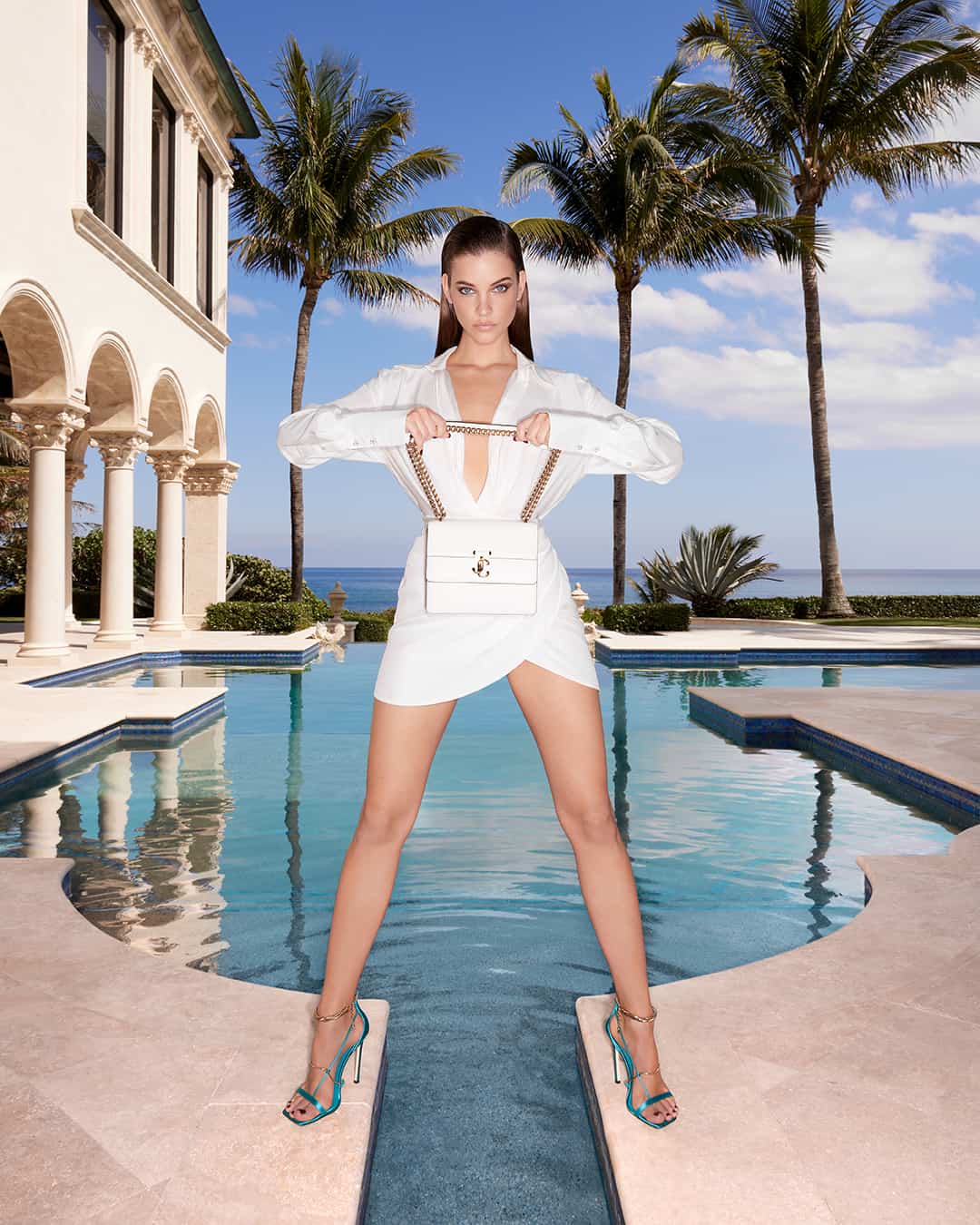 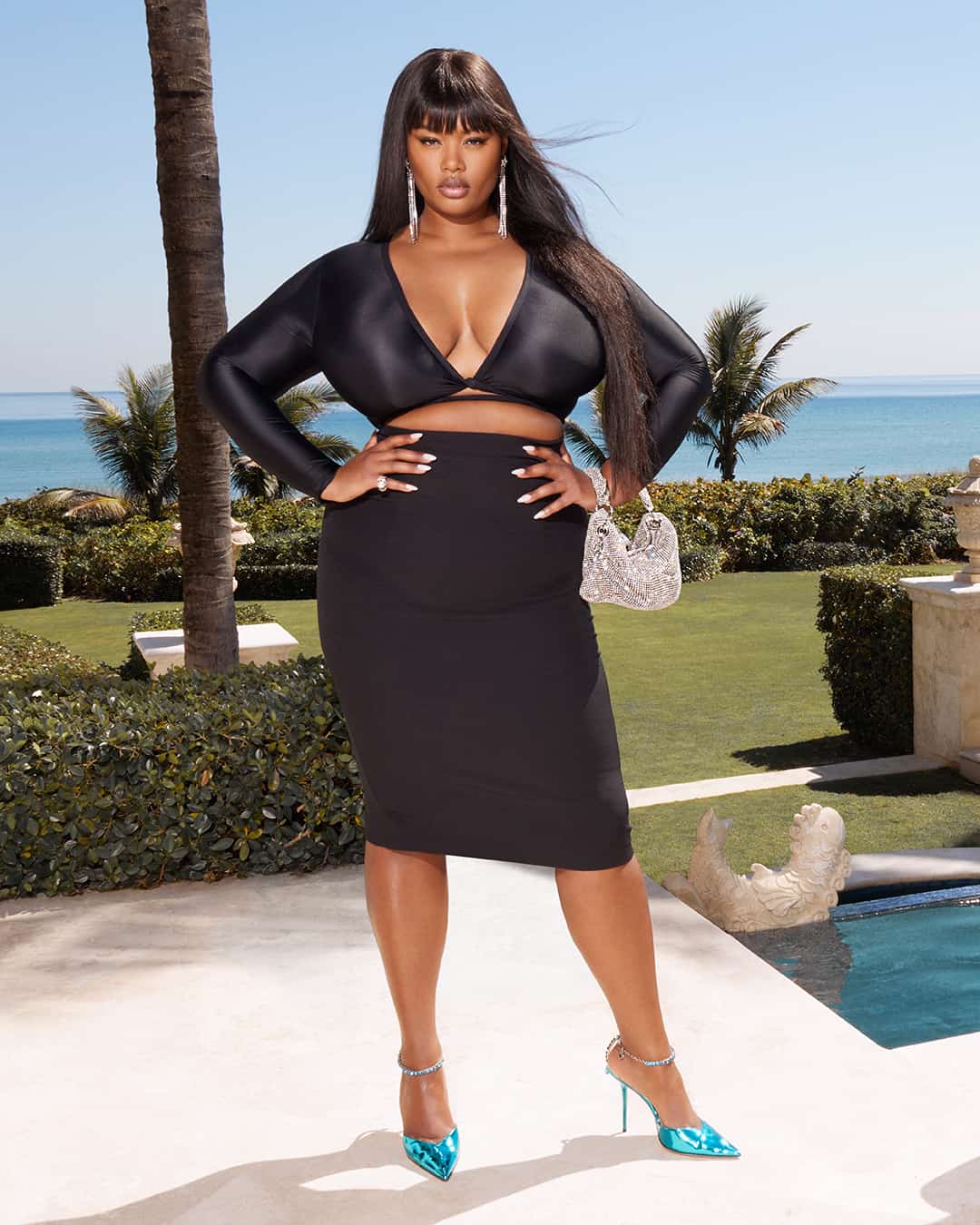 From the silver screen to a fashion campaign. H&M has just shared their new menswear campaign, featuring none other than Pete Davidson. Staten Island-native Davidson, a notorious funny man on Saturday Night Live, is all about comfortability. “Collaborating on this campaign was a great experience. We had a lot of fun creating the photos and content. The clothes are comfortable and feel great to wear which is what I love about H&M,” Kim Kardashian’s other half says. The campaign shows the power of clothes to express who we are, no matter what the occasion. “Pete encapsulates everything H&M loves about the new menswear mood, with his self-confidence and play with personal style,” says Henrik Nordvall, global bbusiness unit director for menswear at H&M. “He is so relatable, inspiring guys around the world to create the moment with their look themselves.”

Everything we know about Margot Robbie’s Barbie

C’mon Margot, lets go party! As more and more details are being released about Greta Gerwig’s upcoming Barbie flick, we can’t help but bubbly over it all. The iconic doll will be played by the industry’s very own version, Margot Robbie, who leads a star-studded cast. Ryan Gosling, Kate McKinnon, Alexandra Shipp, America Ferrera, Simu Liu, Hari Nef, and Will Ferrell are all also confirmed to appear in the reimagining of Barbie’s world. When asked about the daunting task of portraying such a legendary character, Aussie actress Robbie shared that it “comes with a lot of baggage … and a lot of nostalgic connections. But with that comes a lot of exciting ways to attack it.” Production of the film is currently underway in London and has a release date for July 2023. Turns out that life in plastic can be fantastic.

Here’s your look at Margot Robbie as #Barbie: https://t.co/jNxkFTjCiT pic.twitter.com/BUBN6kajUt

Tory Burch, Lauren Santo Domingo, and more to be honored by Parsons

The New School will host the 73rd annual Parsons Benefit, honoring visionary figures in fashion, philanthropy, fine arts, and design that embody the university’s commitment to creativity, innovation, sustainability, and inclusivity. This year’s honorees are being celebrated for their numerous contributions to design, retail, entrepreneurship, the arts, philanthropy, and social justice, as well as their long-standing commitment to supporting and creating opportunities for future generations. The evening will recognize Tory Burch, Moda Operandi’s Lauren Santo Domingo, Ford Foundation president Darren Walker, and artist Kehinde Wiley. “Parsons is proud to be honoring this entrepreneurial and diverse group of leaders who are all visionaries in their respective industries and fields, and for their deep commitment to the values that guide Parsons in everything we do,” said Rachel Schreiber, executive dean of Parsons School of Design. “It is an honor to be recognized by Parsons,” Tory Burch added in a release. “This school is synonymous with New York fashion, and its students are our industry’s future.” The night’s honorees join a long list of past recipients such as Donna Karan, Jason Wu, Vera Wang, Pharrell, Rihanna, and Sarah Jessica Parker. The Parsons Benefit will take place on May 23 in New York City. 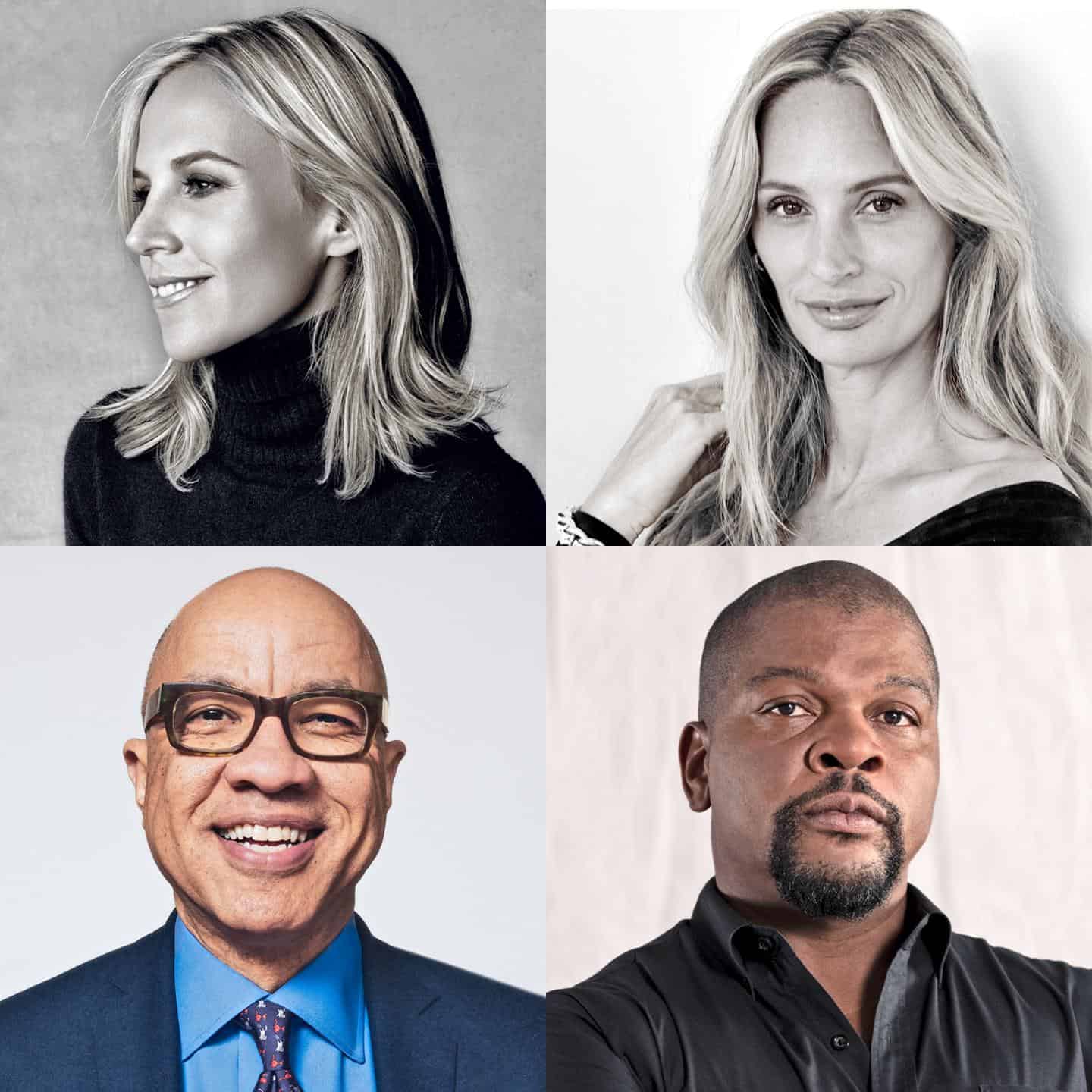 Winner, winner! Saul Nash has been announced as the winner of the 2022 International Woolmark Prize at a special event held in London. MMUSOMAXWELL is also celebrating after being awarded the Karl Lagerfeld Award for Innovation. The winners receive $200,000 and $100,000, respectively, as well as ongoing support from the industry and Woolmark Prize retail partners. The announcement was hosted by broadcaster Nick Grimshaw with attendees including Jourdan Dunn, Pixie Geldof, Susie Lau, and Erin O’Connor. The expert jury was stacked with heavy weights too, including Ben Gorham, Carine Roitfeld, Edward Enninful OBE, Ibrahim Kamara, Marc Newson CBE, Nadège Vanhee-Cybulski, NaomiCampbell, Pieter Mulier, Riccardo Tisci, Shaway Yeh, Sinéad Burke, and Tim Blanks. “It’s great to see the continuing shifts in fashion as young dynamic creatives are supported and nurtured across the globe, from Africa to China to the UK,” said Naomi Campbell. “Anyone who knows me will know that I’ve been supporting young talent at every opportunity, so I am very happy to be part of this initiative.” The judges also held the winners in high praise, with Tisci saying “what Saul did, coming from a ballet background to replace lycra with wool was really incredible.” Roitfeld also chimed in about MMUSOMAXWELL;  “They have a dream and what they are doing is not just for South Africa, but for a modern, western woman. I think Karl would have loved to have spoken with them today and am sure he would be very happy to give this award to them.” 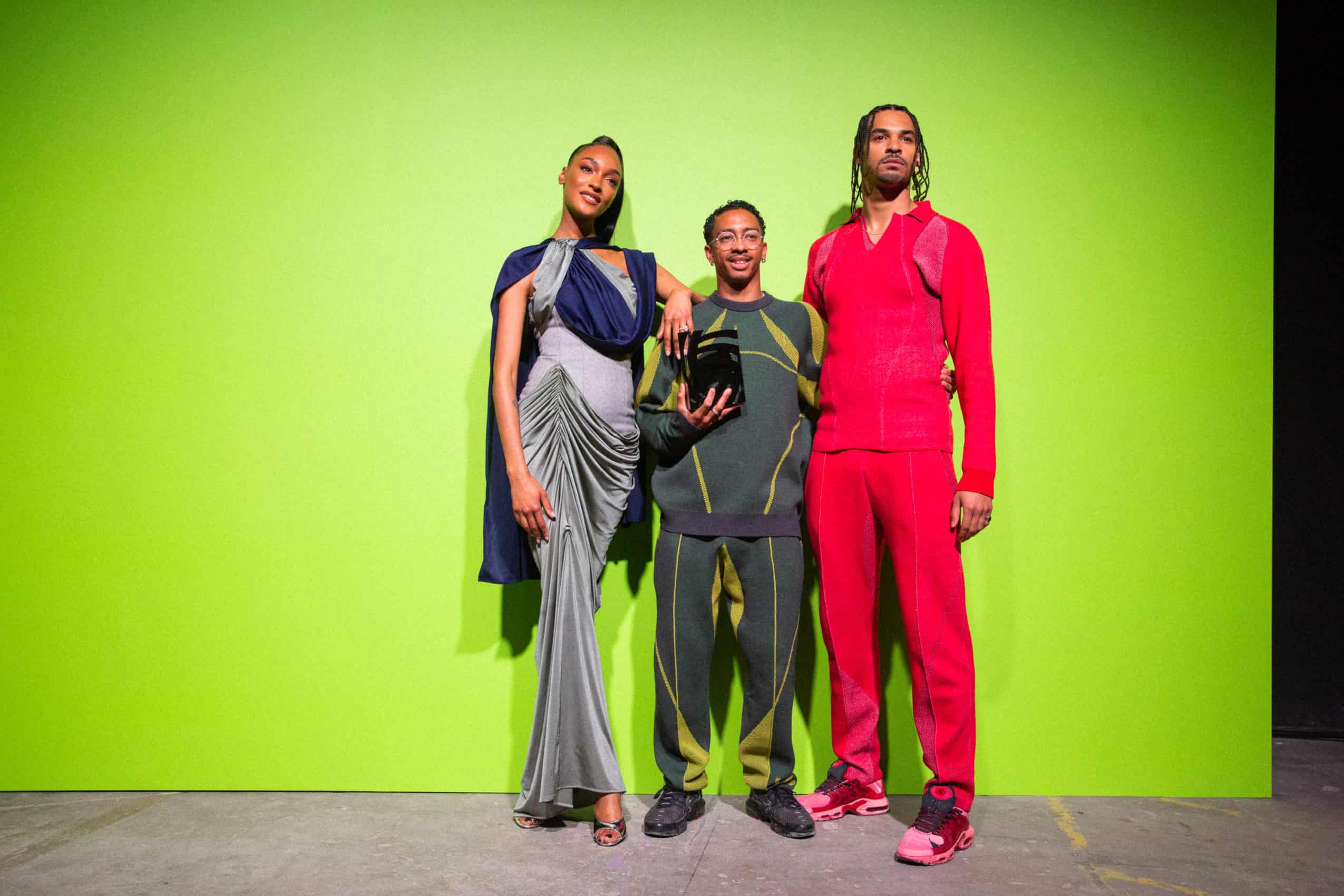 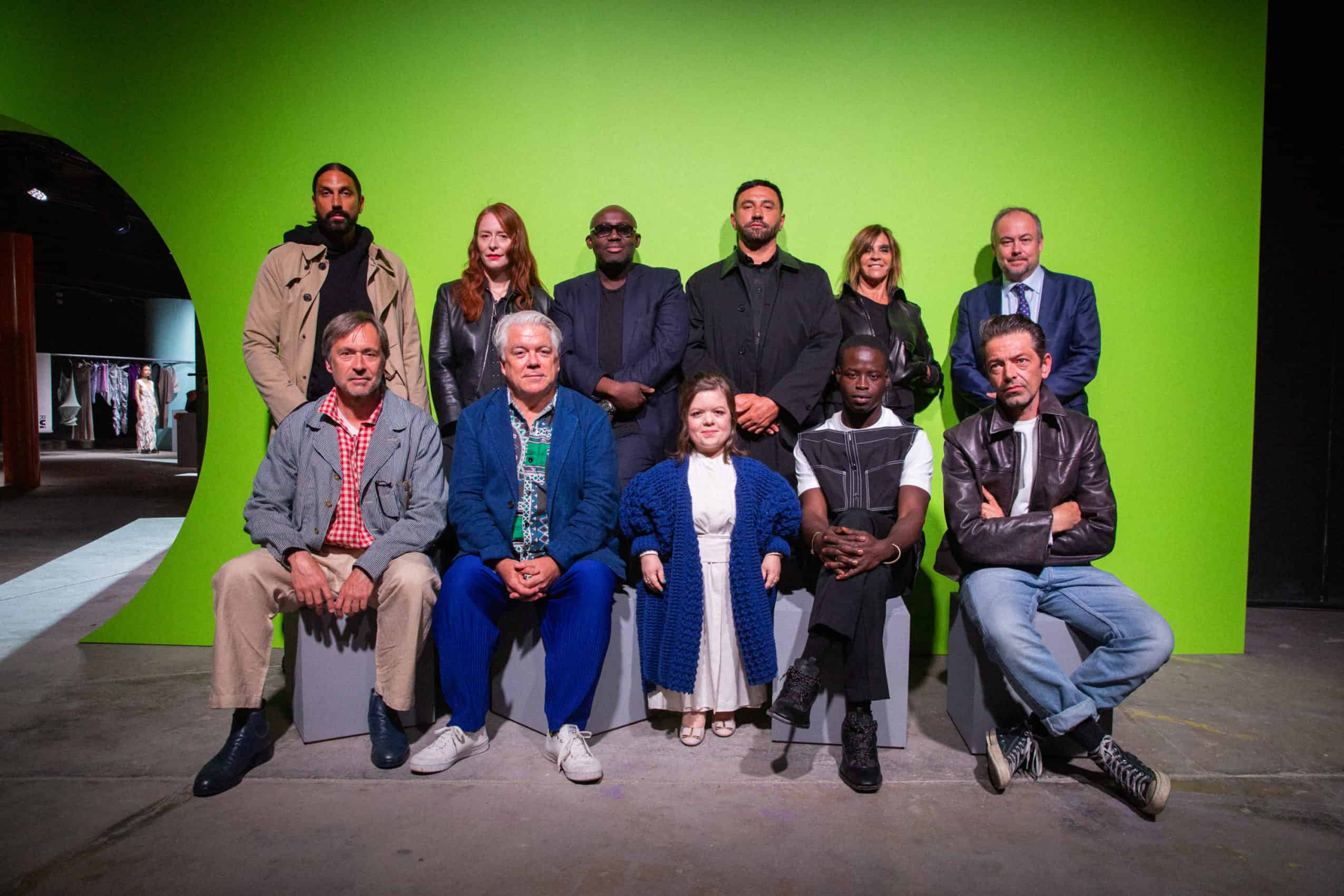 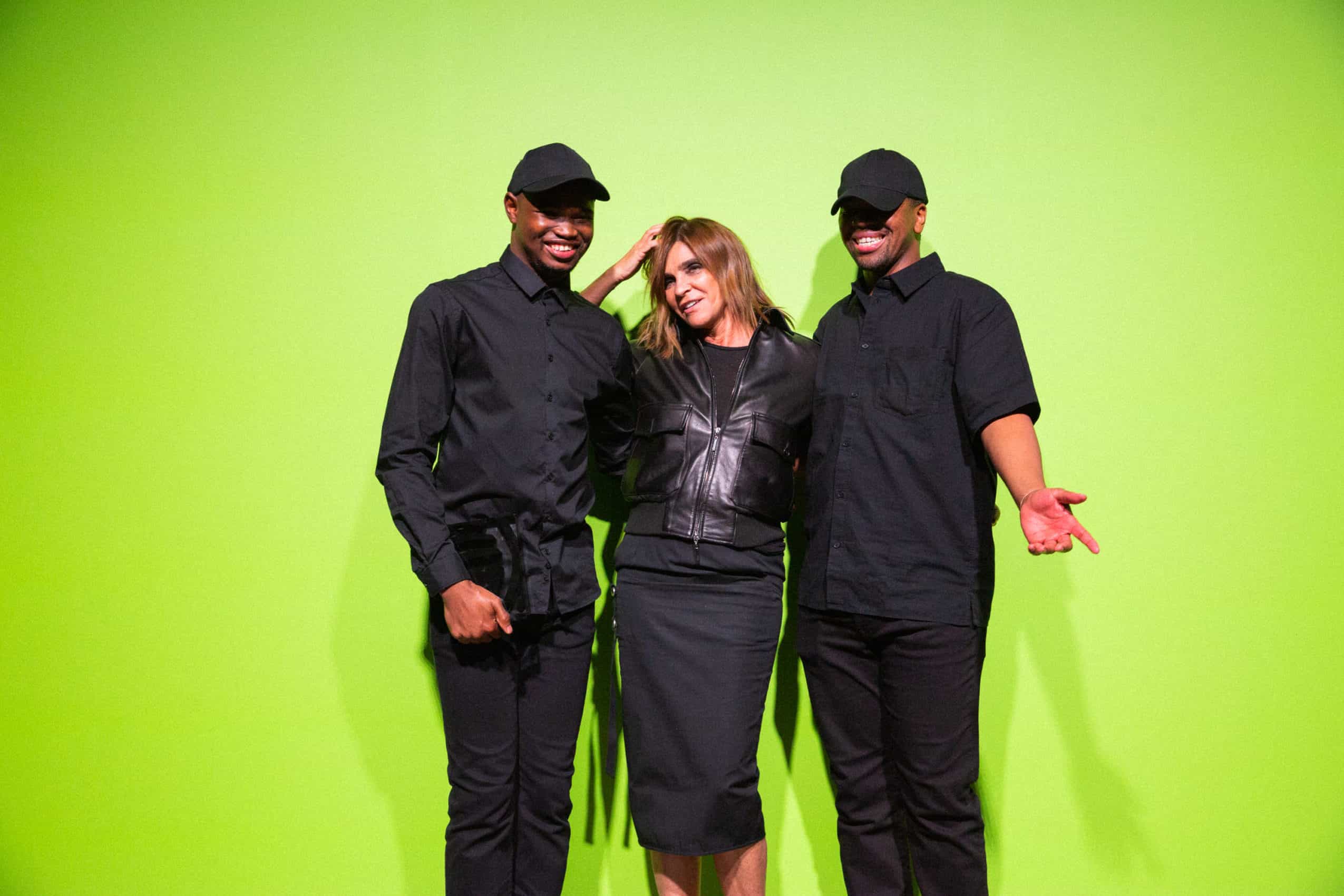 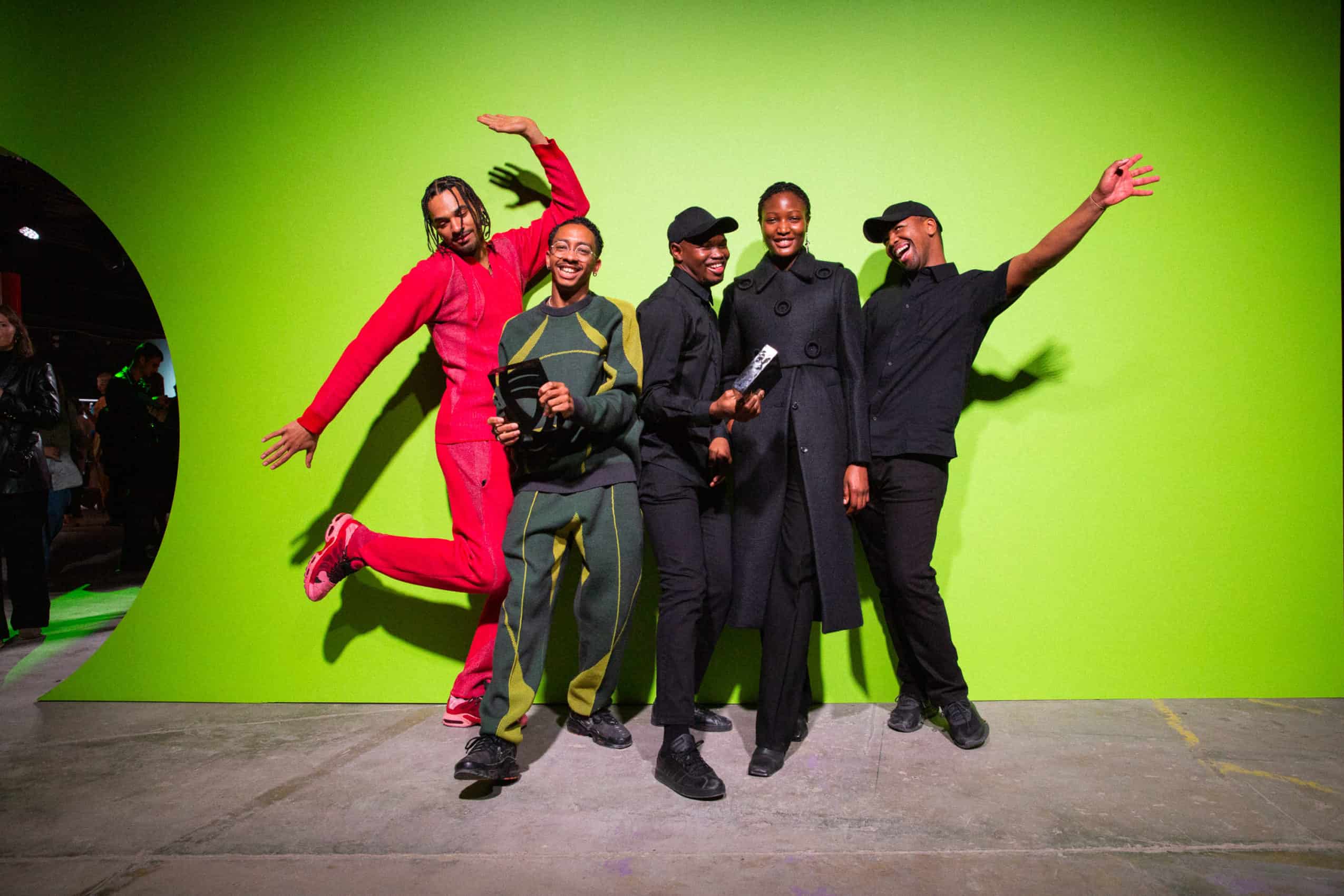 Winners of the International Woolmark Prize (courtesy of Woolmark)

Details are out on this years Film Festival

Pack your bags, we’re going to Cannes! Details are out on this year’s Film Festival, and it seems like it’s going to be one for the books, as it’s celebrating its 75th birthday this year too, with French actor Vincent Lindon serving as the president of the jury. Lindon’s tenure as president of the jury is the first time in over a decade that a French actor heads the prestigious panel; he previously won best actor at the film festival for The Measure of a Man in 2015. The film festival will also share the calendar with the amfAR gala, which will be making its return home to the Hotel du Cap-Eden-Roc. The Cinema Against Aids gala is usually one of the crown jewels of the festival, and this year there will be performances by Christina Aguilera, Charli XCX, and Ricky Martin. This year will also mark Carine Roitfeld’s 10th anniversary of curating the fashion show, with participating brands like Louis Vuitton, Givenchy, Gucci, Chanel, Saint Laurent, Tom Ford, and Valentino, and even some newer names like Alled Martinez and Nensi Dojaka. The theme for this gala is “Let’s Get Married,” with designer Stephane Rolland creating a custom dress for the event. Nice day for a white wedding! 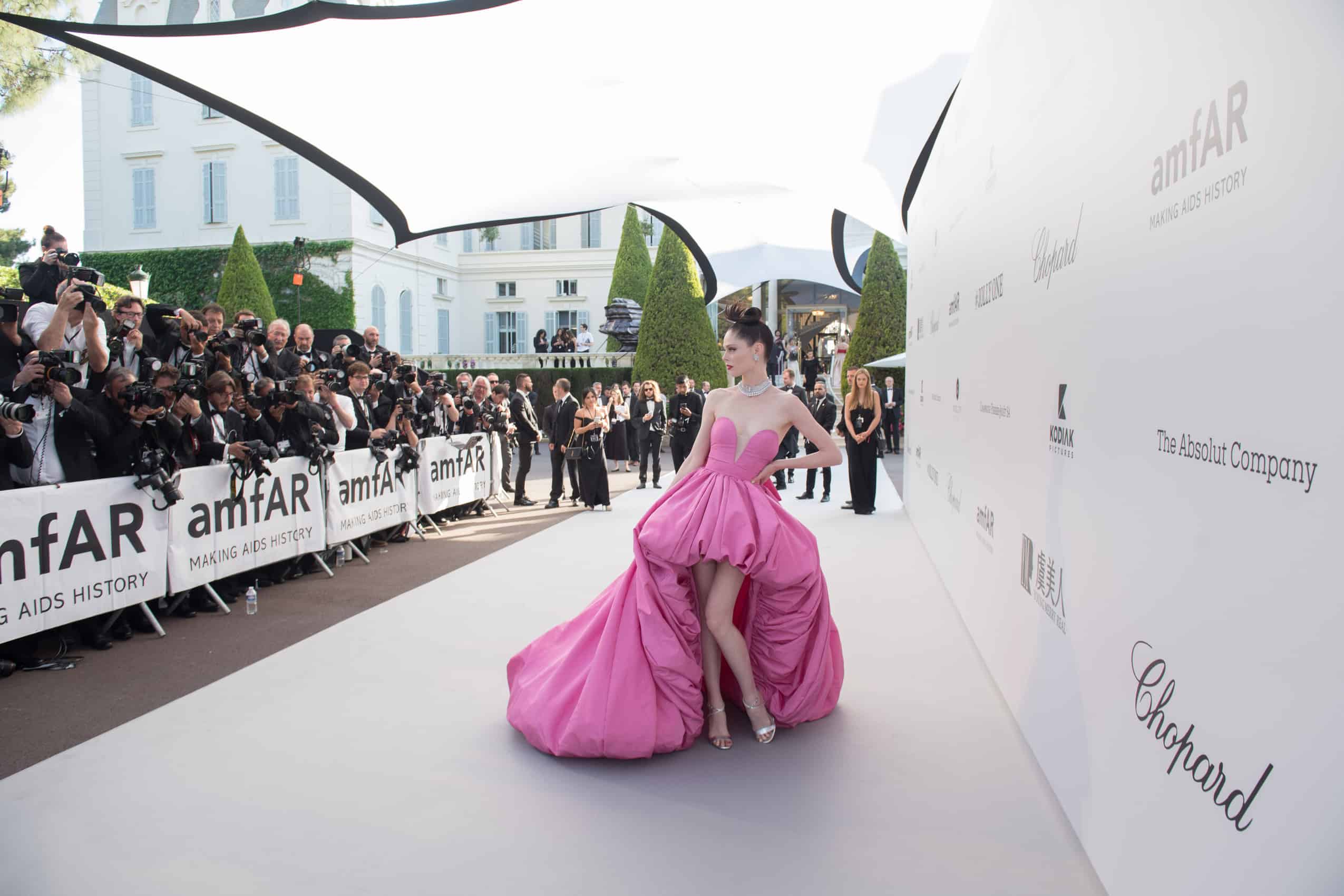 Victoria Beckham tells us skin is in, launching VB Body

Sleek, fitted, and ever so posh! Victoria Beckham is not one to shy away from clothes that hug your curves in all the right places, so launching VB Body—a new body-conscious line—seems like a no brainer for the designer. Inspired by the form fitting silhouettes she saw in Miami during lockdown, VB Body is all about the body-ody-ody. “People really celebrate their bodies,” she says of the city. “It’s definitely a ‘less is more’ approach to dressing, which is very different to what we know in London or New York or Paris. It’s not about burying ourselves under too many items of clothing.” And this isn’t new for Beckham, whose original RTW designs were notably form-fitting. “It really took me back to my roots [and] I don’t mean my Spice Girl roots—I mean when I first started to create ready-to-wear,” she told Vogue.com. “It was about creating dresses that were flattering. All of the garments really cinch you in at the waist, they hug your curves, and they really do celebrate a woman’s body.” In addition to mini dresses, bandeau tops, and one-shoulder midi dresses are split-hem leggings and skirt sets. The clothes start at $113 and go up to $617, with a size range of 0–14. The price point is lower than her flagship label and VB Body is offered in one larger size, adding inclusivity into the mix.

New ODLR bridal is here. For their Bridal Spring Summer 2023 collection, co-creative directors Laura Kim and Fernando Garcia found their inspiration from somewhere close to home: their Fall ready-to-wear collection. Furthermore, they looked to Florence, Italy and the city’s many marble-floored palazzi serving as the grounding source of creativity for both lines. Taffeta and silk-faille gowns in grand proportions are highlighted by dramatic billowy sleeves and over-the-top bows while delicate lace, floral appliqués, and ruffles are gently juxtaposed in both form-fitted and softly ethereal silhouettes. In other words: all the things we have come to love about the brand. 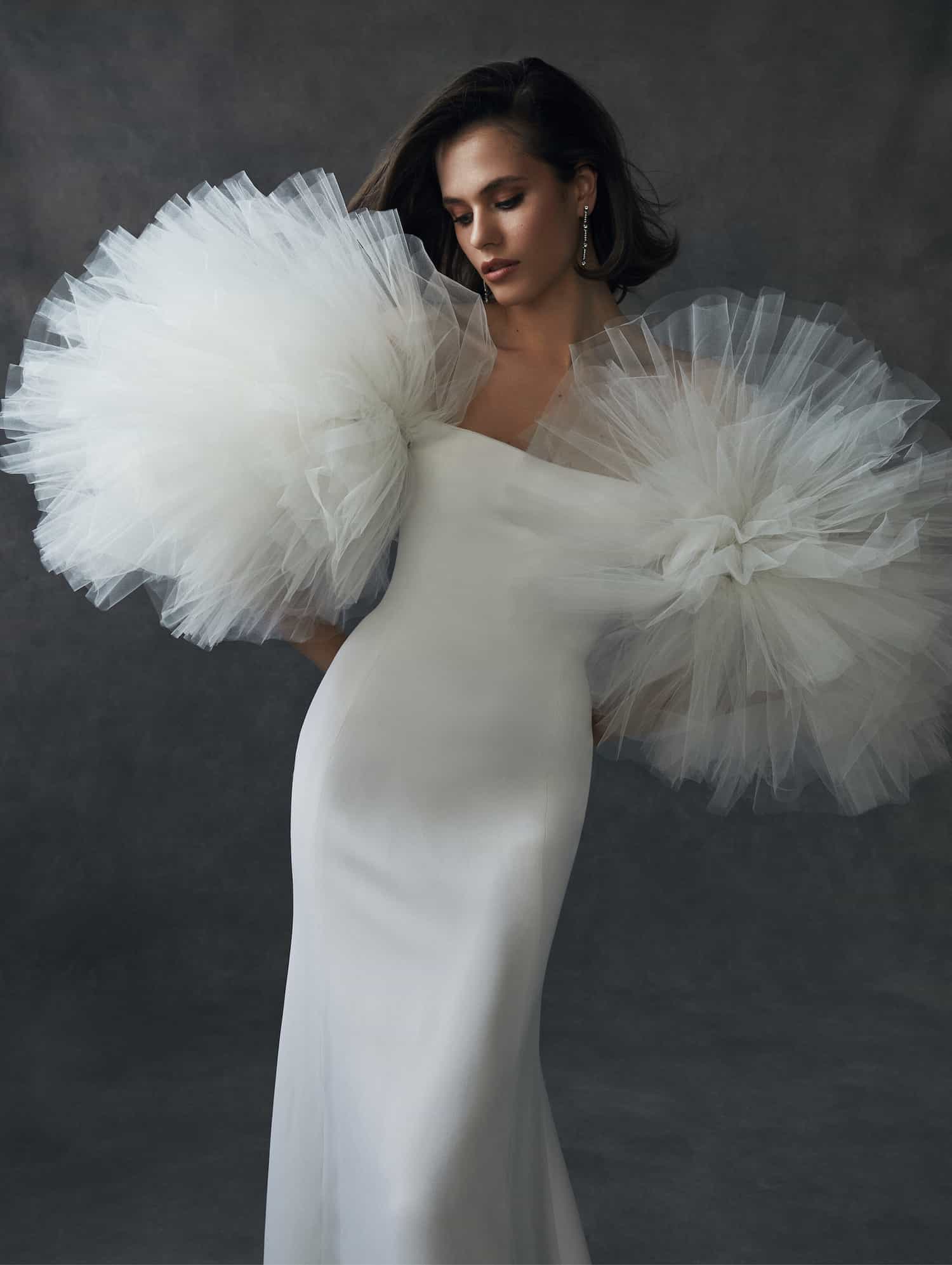 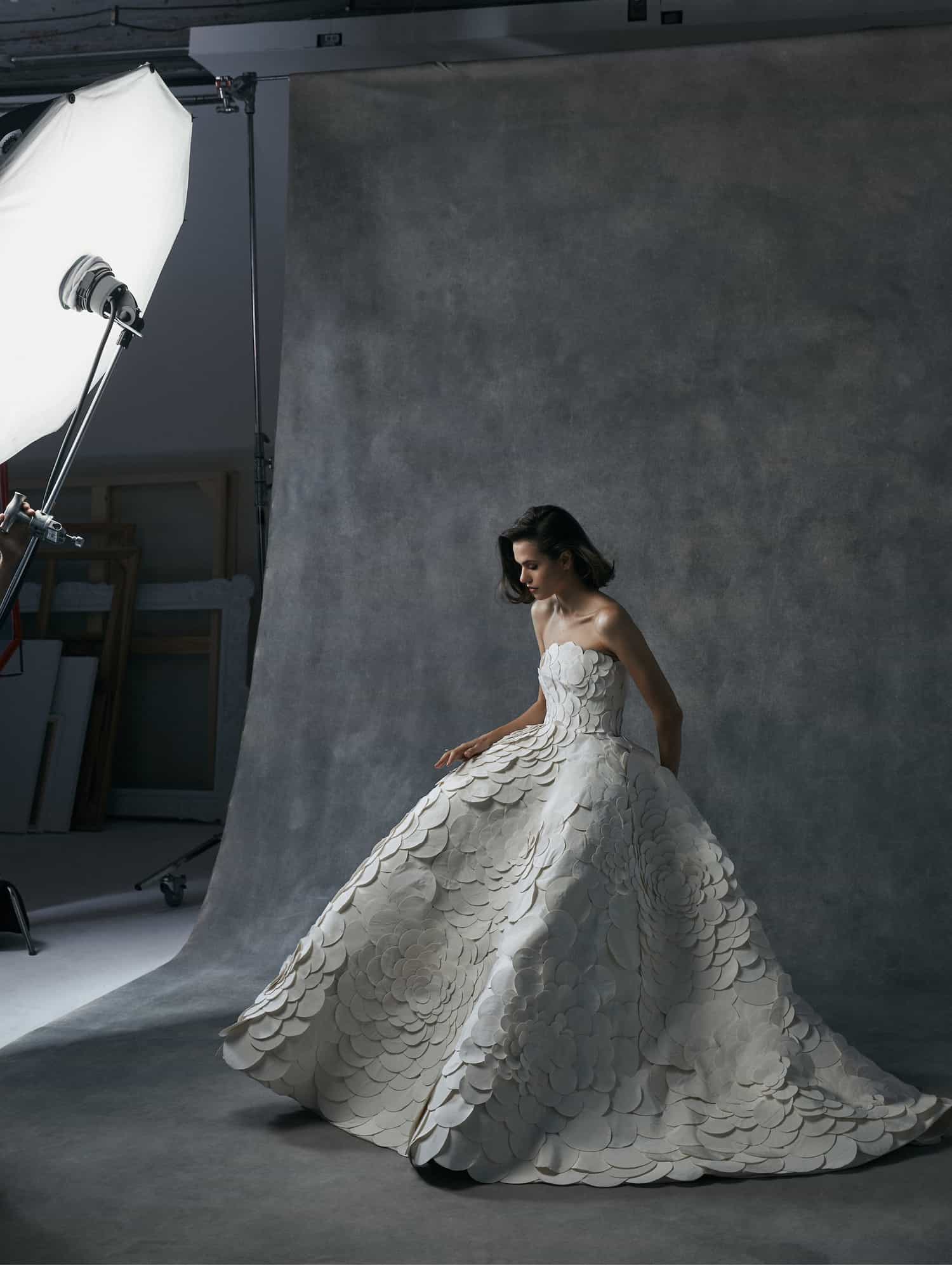 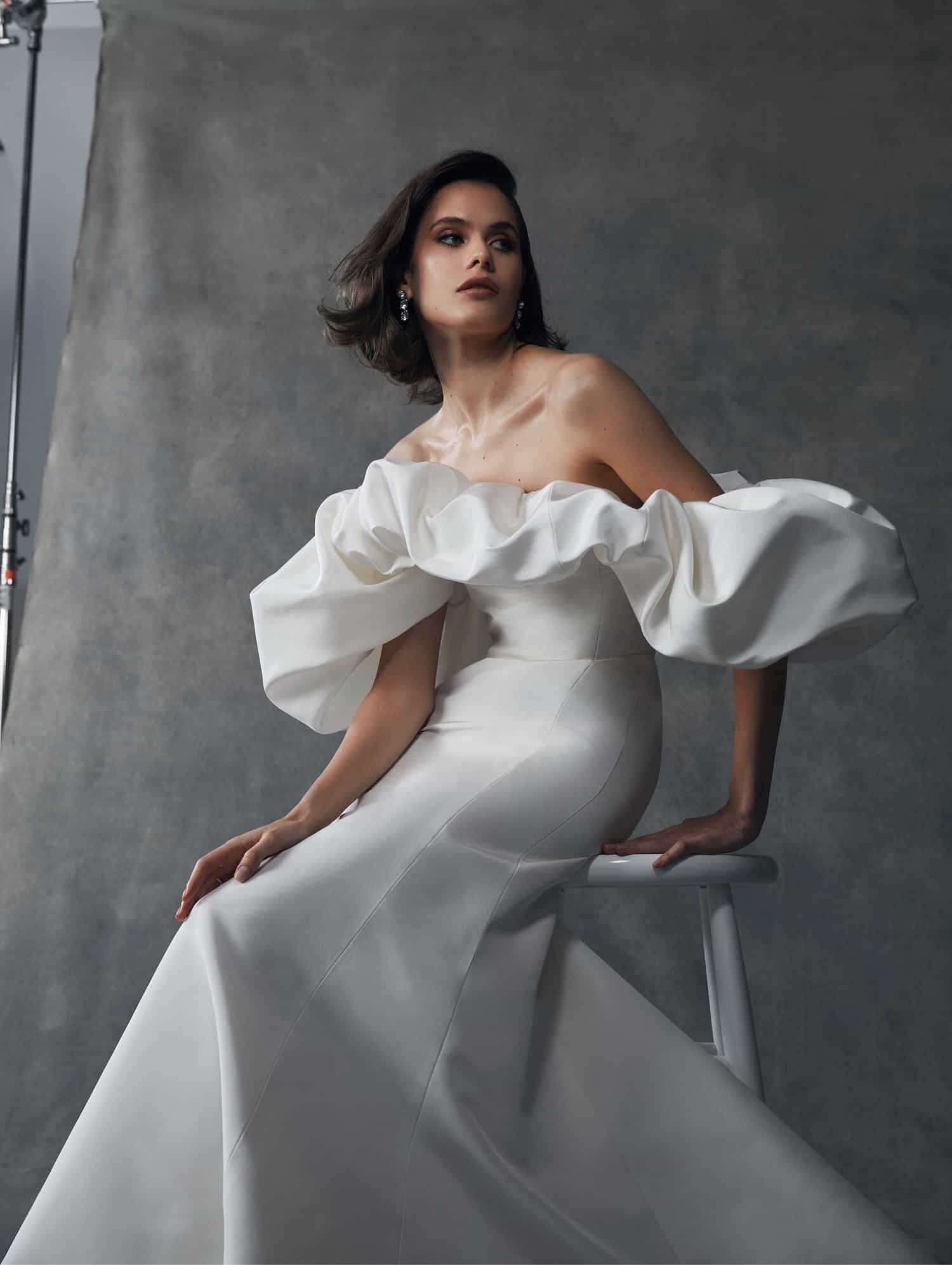 The New Era Of BCBGMAXAZRIA Is Here