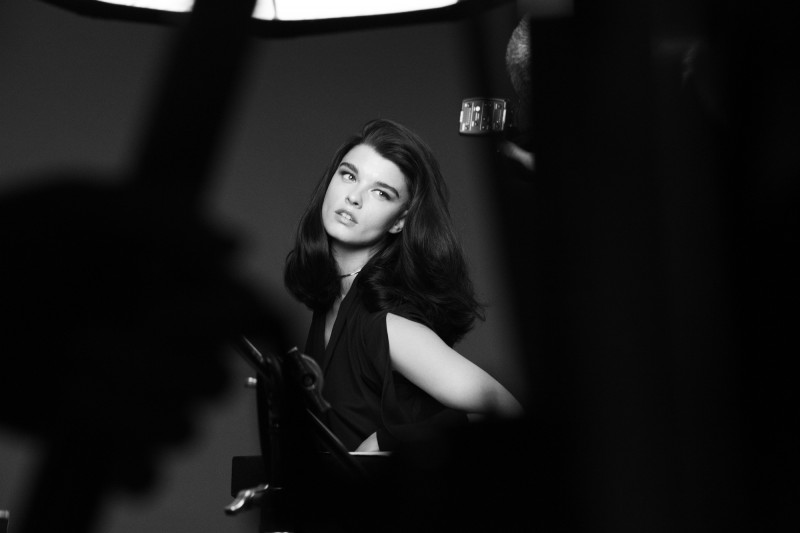 Versatile beaut Crystal Renn has been named Redken’s newest brand muse, joining a team of former stars like Suki Waterhouse, Soo Joo Park, Amber Le Bon, and Lea T. The mod took to her Instagram to announce the news: “Normally I don’t post my modeling work very much on Instagram, but loved being called a boundary breaker…”

Renn makes her Redken debut as the face of new Chromatics Ultra Rich shades, which hit salons in April. She kicked off her modeling career starring in plus-size campaigns in 2004, and since then she’s landed editorials in Vogue, Italian Vogue, and Italian Vanity Fair, worked with fashion’s favorite photographers Steven Meisel and Steven Klein, and walked for Chanel, Jean Paul Gaultier, and Zac Posen. In an interview with Harper’s Bazaar, the boundary breaker shared how she and Redken hooked up: “About six months ago, my agent mentioned going to meet with Redken. This is a brand I’ve been using since I was a kid, my grandmother introduced it to me, my mother used it, so obviously I was very aware of the brand, so when I heard we were going to meet and potentially do something in the future, I was very excited. I got along with the entire team immediately, the energy flow was fantastic, their project idea was super exciting and I just love what they stand for, so I thought it was a very natural partnership.”