Clare Waight Keller Out at Chloé 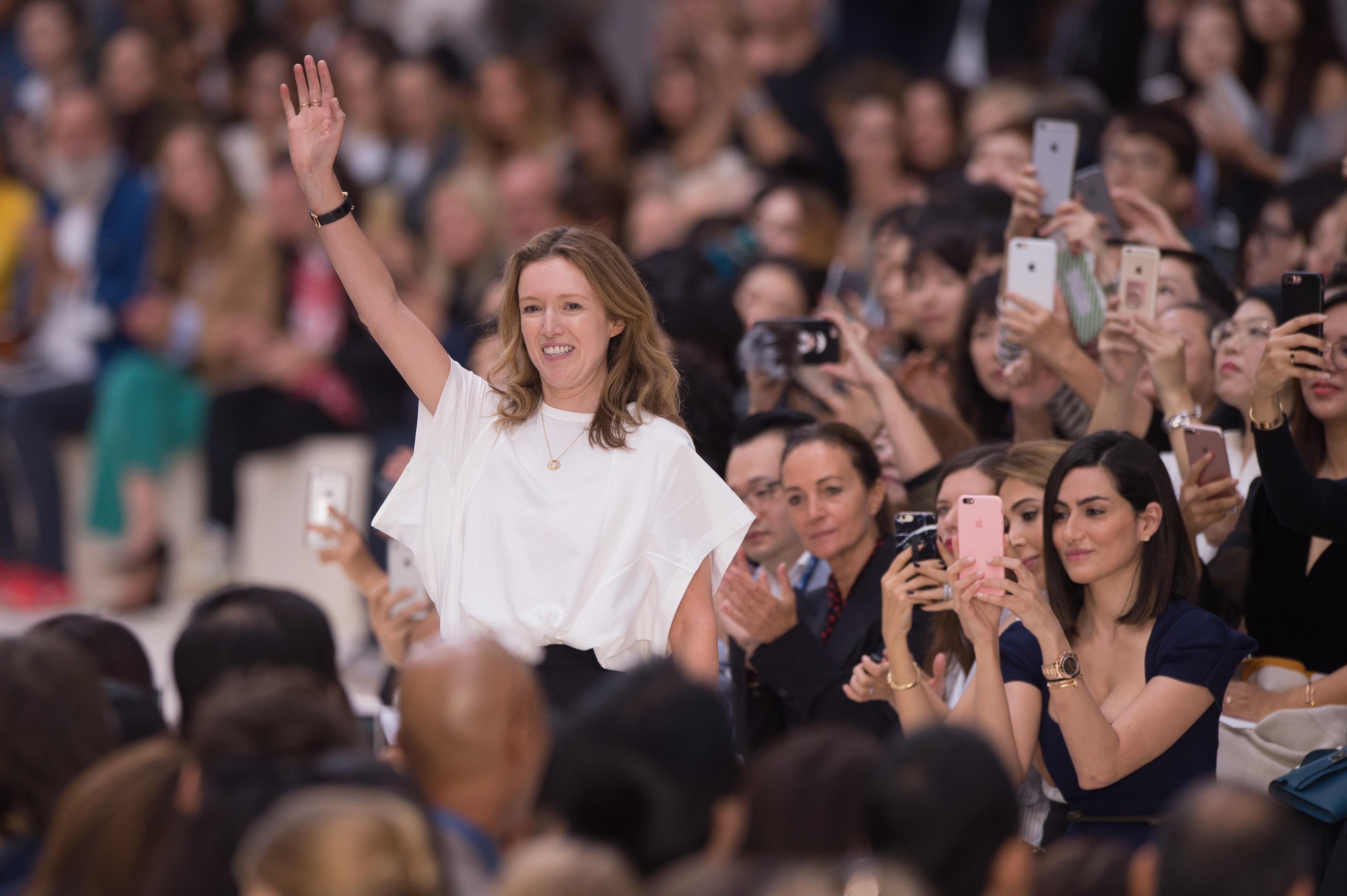 PARIS, FRANCE - SEPTEMBER 29: Designer Clare Waight Keller is seen on the runway during the Chloe show as part of the Paris Fashion Week Womenswear Spring/Summer 2017 on September 29, 2016 in Paris, France. (Photo by Thierry Orban/Getty Images)

Clare Waight Keller is out at Chloé, according to a report from Reuters today. The much-lauded designer decided not to renew her contract at the French house, which is up in March. Waight Keller had been commuting to Paris from London since she moved her family back to her native England in June, and according to sources at Reuters, the designer no longer wished to keep up with the hectic schedule of traveling back and forth.

Chloé is one of Richemont’s biggest fashion brands with sales of around $417.20 million, a significant number for the company, which has been experiencing losses due to the decline in sales in the watch market (12 of 19 Richemont-owned brands sell watches including Cartier, Vacheron-Constantin, and IWC, to name a few). Replacing Waight Keller is Natacha Ramsay-Levi. Poached from Louis Vuitton, Ramsay-Levi was second in command under Nicolas Ghesquière, continuing the trend of big name brands tapping behind-the-scenes talent as they hope for breakthroughs, like Alessandro Michele at Gucci and Demna Gvsalia at Balenciaga.

The appointment of Ramsay-Levi at Chloé once again brings up the long-floated rumors that Ghesquière might leave Louis Vuitton. The designer’s contract is up in 2018, and he recently told Canal Plus in France that he wants to create his own label soon. LVMH is reportedly already scouting his replacement.

Get ready for another round of designer musical chairs in 2017 as the industry continues to evolve at lightening speed.