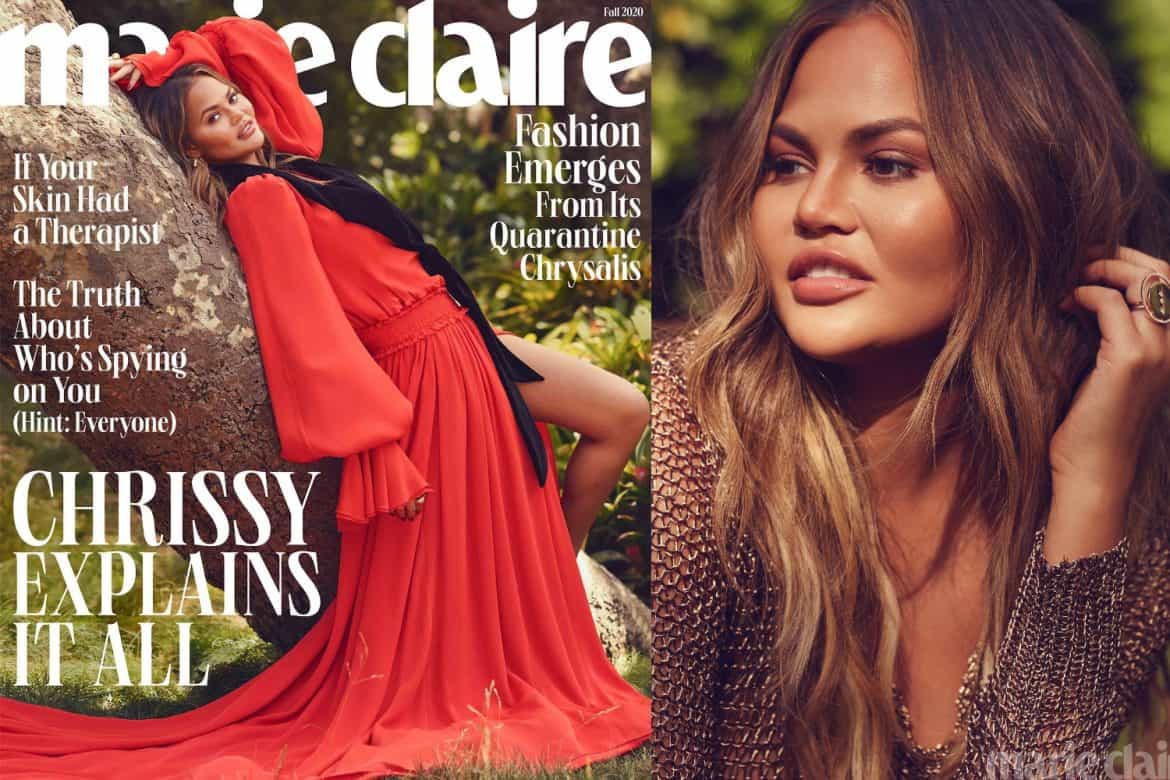 The Queen of Twitter is gracing the cover of Marie Claire’s Fall 2020 issue.

The 34-year-old model-turned-lifestyle entrepreneur posed in Chloé, Balmain, and Ferragmo—styled by super stylist Monica Rose—as she opened up to the mag. The star talked about why she started going to therapy during quarantine, teaching her two children about the trauma Black people are facing in the U.S., and who she and husband John Legend are voting for in 2020 (no prizes for guessing!).

For the tell-all interview, Teigen spoke to Korean-American freelance writer Alyse Whitney, who later announced that she’d be joining Teigen in L.A. as the managing editor of her company Cravings. As per Whitney’s new bio, she sealed the deal for her new gig while playing Animal Crossing with her would-be boss while interviewing her for this story… ahh, how we love a happy ending!

As well as Cravings, Teigen also runs Suit & Thai Productions, which has a first-look deal with Hulu, and the second season of Quibi series Chrissy’s Court with her mom, Pepper. 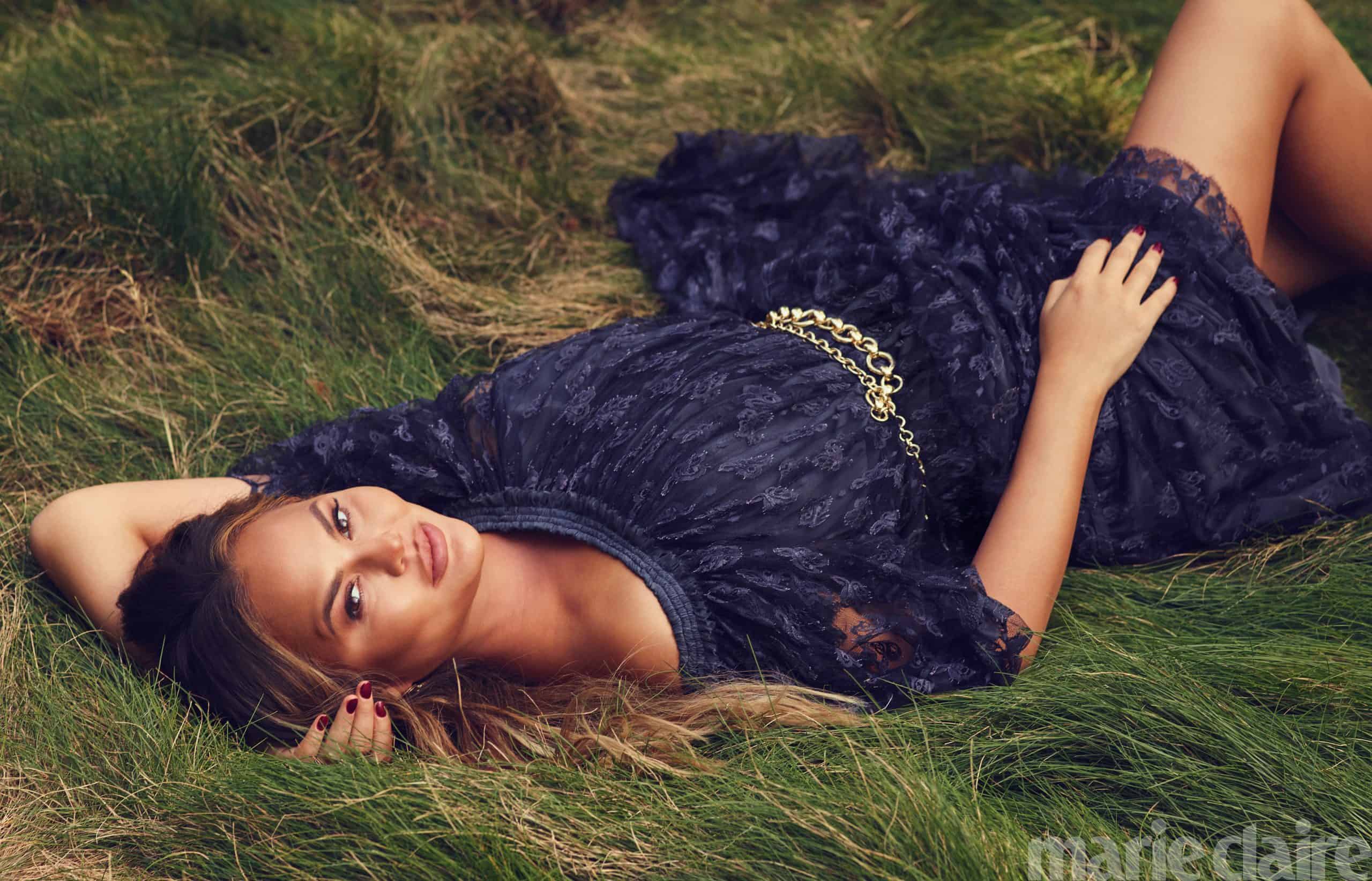 Teigen told Whitney how and why she had started therapy during quarantine.

“I used to avoid it and make fun of the idea of it, and then I found the person and it changed my world,” she said. “People think I’m tough, but I’m such an empath, and I take on other people’s pain and sadness as my own. And when I let people down, I’m hyperaware of it. Sometimes I feel like people aren’t going to be as hard on me as I am on myself. So, it’s good for me to take a break.”

The best-selling author also shared about how she is teaching her kids, Miles and Luna, about the global protests that have been happening this year.

“There are books that I read when I became a mom that would explain to them hard and traumatic situations,” she said. “But it’s really hard to teach them about their privilege; there are no books for that. But regardless of money or status, they’re always going to have their skin color. When it comes to them being treated differently because of the color of their skin, I’m going to look to John for a lot of help with that because while they are Asian and white too, their skin color is Black. We just try to talk to them like little adults, saying it in words they’ll understand, making it known that it’s very serious, and letting them ask as many questions as they need.” 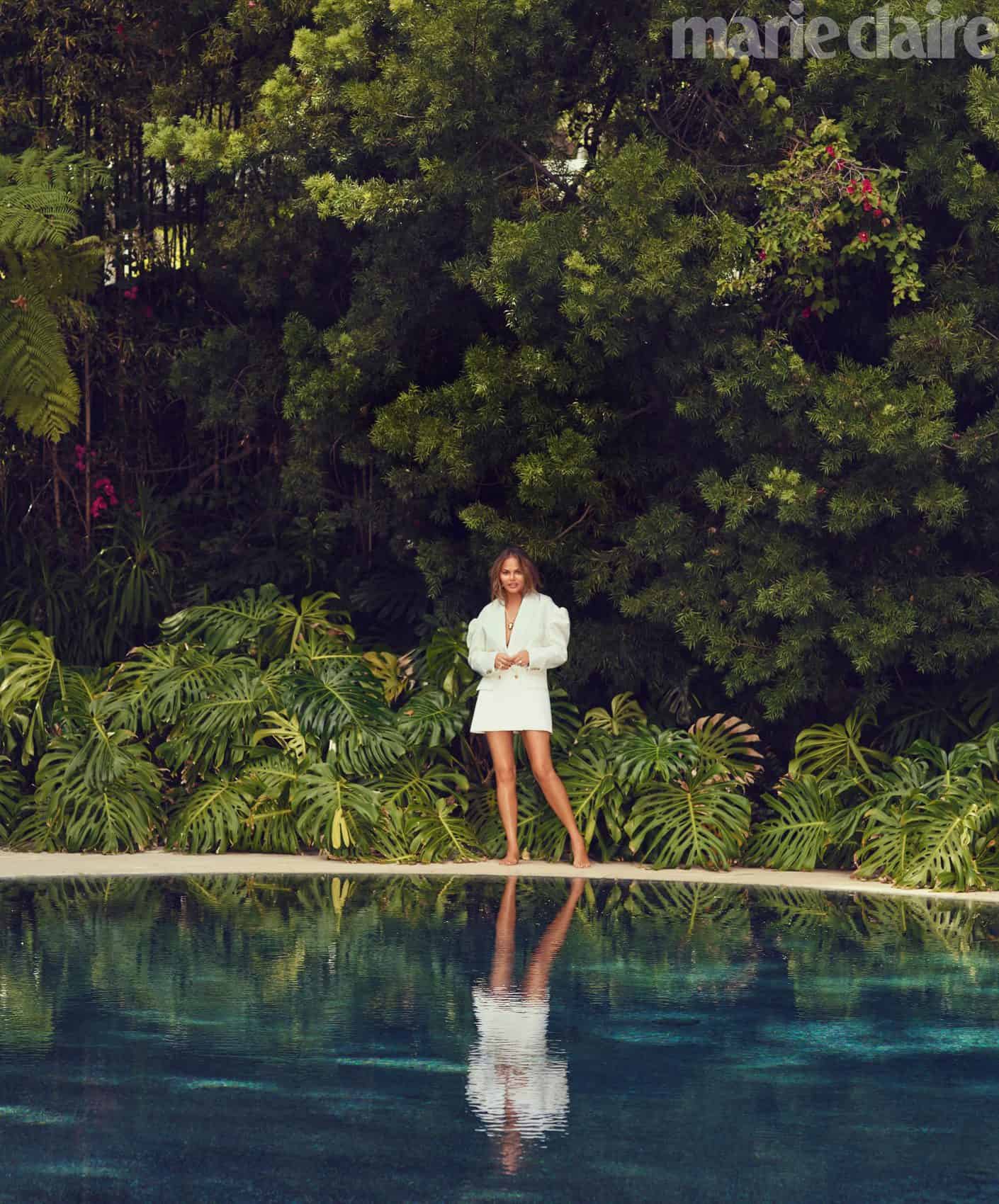 She also recalled a racist incident she experienced with husband John Legend back in 2010.

“We were in a nicer neighborhood at night, driving slowly, looking for John’s godmother’s home. These two guys were in a pickup truck slowly tailing us, flashing their lights and trying to speak to us. When we pulled over, they were like, ‘What are you guys looking for?’ and we gave them the address. They literally said, ‘Get your asses out of here!’ and proceeded to follow us all the way into her driveway. They got out of the car and stared at us as we knocked on the door and went inside. It was a terrible, scary experience.”

Naturally, conversation crossed to politics too. And there’s no surprises as to who Teigen is voting for.

“We are proud to stand behind Biden. We’re not only voting for Biden because it’s not Trump. We’re voting for him because we think he’s going to do an incredible job of bringing a bit of healing to the country. We are a divided, hurt nation that needs to be brought back together. [Biden is] someone who looks into issues with clear eyes, empathy, and under- standing from being involved in politics. I also look at a presidential candidate as someone I want my kids to be able to look up to. I don’t see that in Donald Trump or any of his family.”

“I could not be more thrilled about Biden’s VP pick,” she added. “Women all over the world are seeing a piece of them in a woman of power, and that kind of influence is paramount in what we need to continue this future of badass women in politics. Between people like Kamala and AOC, I have more hope than ever.”

The issue is on newsstands Sept. 10.

Like Magic! Everything You Need to Know About Maria Tash’s New ‘Floating’ Piercings