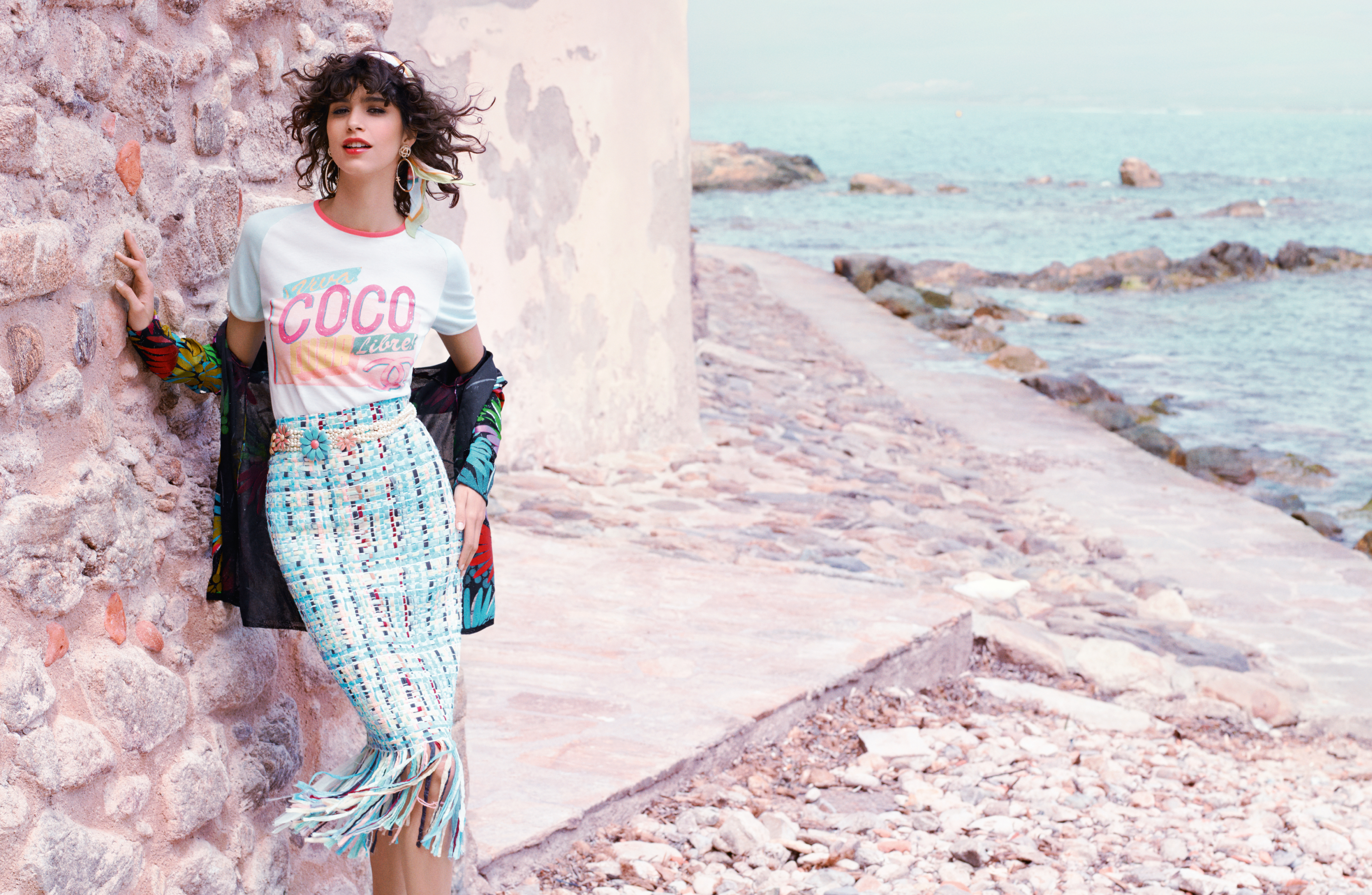 Chanel takes on Cuba, part deux! The French fashion house has just released its Resort 2016/2017 ad campaign, which was set in Havana, Cuba, where it also hosted its runway show back in May (and flew in 700 guests and 45 mods for the occasion, with perks that were beyond luxe…yes, that weekend). Creative director Karl Lagerfeld, who had never been to Cuba prior to the show, photographed Scottish model Stella Tennant and Argentinian beaut Mica Arganaraz for the range of 12 images that were shot both in the streets and along the coastline. The backdrop, according to the brand’s release, also served as inspiration on the clothing front–the graphic T-shirts, tweeds, and accessories, to name a few—especially in terms of the colors, which were inspired by the vibrancy of Havana. It looks like the fashion industry’s Cuba craze isn’t stopping anytime soon!