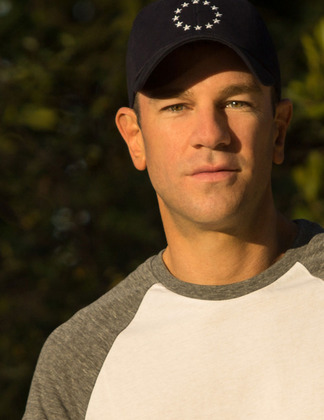 One familiar face making the rounds at PROJECT in Las Vegas this week is Gents founder and former Calvin Klein and Gilt alum, Josh Reed, who has taken his upscale baseball cap and turned it into a brand now with jeans and sweaters. What’s the latest to look out for in this growing mens brand, which has also been getting quite a few ladies getting in on the action?

How long have you been coming to Project for?
This is my third season here for Gents, but I’ve been her for Calvin Klein in the past. It’s a great platform to launch your new collection in a centralized location where everybody can see it. The Tents is a beautiful venue. Tommy [Fazio] aligned brands that are similar to each other to make it easier for buyers to see.

You started Gents with a baseball cap, but you’ve expanded so much in a short time.
It’s been fifteen months now. We expanded into luxury basics, with crew and v neck T shirts, and from there, we’ve moved into full collections of denim, fleece, and cashmere. It’s a big expansion for us. It’s morphing into a full men’s lifestyle brand now.

You also have a new president!
We hired Trey Alligood who has fifteen years experience in manufacturing and sales. He’s overseeing all the manufacturing, sales, and the design process. I’m really excited about him. We’re also launching worldwide, so we hired an international sales director. In the states we’re now in over 200 stores now. We’re also in a lot of women’s stores, which I think the celebrities really helped with. I never expected that or planned it.

Why do you think women like wearing men’s pieces?
They like it to be a cap created for a man, not a woman. Everything we create is very masculine, which is what I think women like about the line.

How do you get all these celebs to don your products?
It started with outreach from my background from Calvin Klein. I knew the process and knew them themselves or their reps. Lately it’s been them asking me. They’ve got the product and now they’re wearing it and they e-mail directly and ask for more. That’s been a pleasure.

Anybody that you got excited about lately that wore one of your caps?
Madonna! That was very exciting for me. My brother thinks it’s great that someone I’ve looked up to my whole life wore something I created.