Carbon38’s Katie Warner Johnson on the Deeper Significance of Athleisure 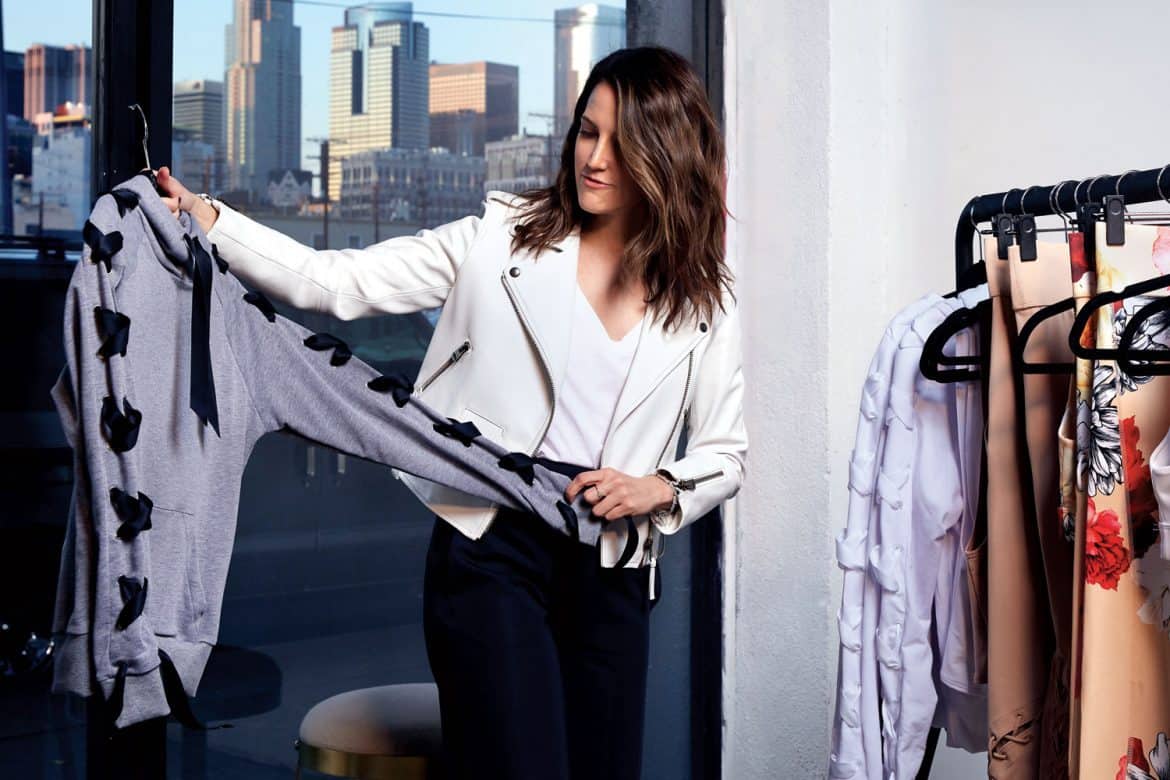 There are pop-ups…and then there’s the Montalba-designed, rosé-out-back Carbon38 pop-up in Bridgehampton, which co-founder and CEO Katie Warner Johnson is using as a genius testing ground for her runaway hit e-commerce destination. Meet the maverick behind the brand of the moment! 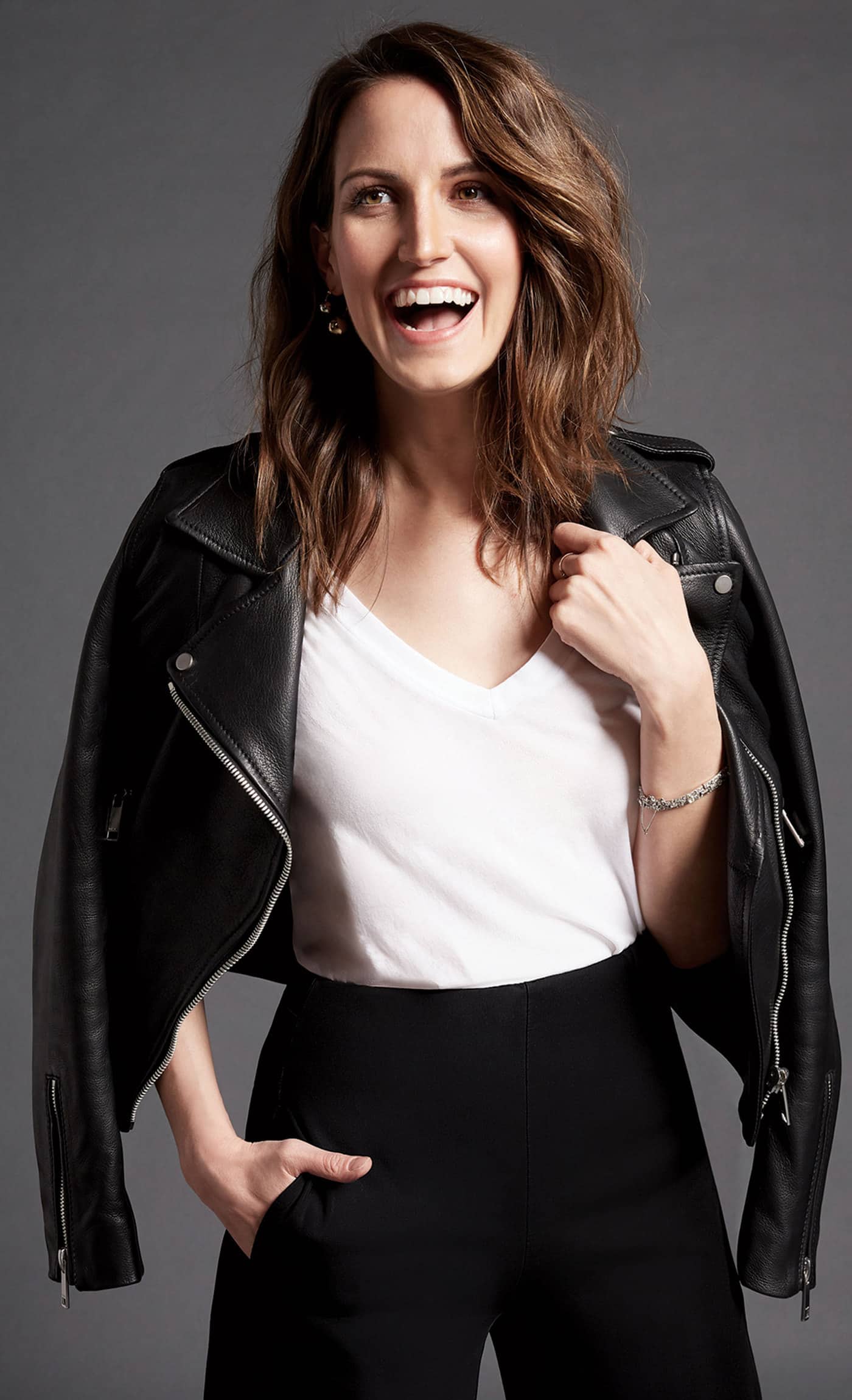 You live in L.A. Do you have the longest weekend commute to the Hamptons ever?
Ha! I am on a red-eye Thursday night almost every weekend. I land at 6 a.m., am out there by 8:30, sleep a couple of hours, and by 11 a.m. I am ready to go to the store. There’s such a high from being there. Until now, I’ve always had a screen between me and my customer. In the store, you see the whole retail process from start to finish, and in that surprise and delight moment, you understand how people feel in the clothes. It’s truly addicting. I am overcome with how generous our customers are with their feedback.

Where do you stay when you’re out East?
Our sales staff in the store are all local — they’re unbelievable women. But we have a house that my team and I stay in whenever we come out for events. It’s like summer camp. We have double washers and dryers — very important for a summer house.

You launched seven years ago — you were way ahead of the curve on athleisure. Is there a sense of pressure that comes with being early?
I love pressure because it forces you to be at your best. We launch upward of 600 styles a month, and we work with more than 200 vendors. We can’t believe in our own myth — we don’t have time to do that! We have to keep moving. The word “athleisure” is limiting. Here’s what I think: Men’s shirts are buttoned in the opposite direction of women’s shirts. Dresses zip in the back. Women’s clothing is designed for other people to dress us. Men’s clothing is designed for them to dress themselves. These ideas are left over from the turn of the century. It’s the reason why when J.Crew put pockets in a dress, we all, like, fell down. Our wardrobe hasn’t risen to the occasion except in active. It feels simple to put on a pair of leggings, but it’s so powerful because there’s freedom in that decision. There’s freedom in not having to button a pair of jeans around our bellies after a meal. There’s so much power in being able to slip something on that makes you feel sexy and supported, and you can throw it in the machine if you drop something on it because you’re running about your day. Athleisure is no longer this joke of like, “I’m wearing my workout clothes to brunch.” It’s like, “Damn straight, I’m wearing my leggings and they look amazing.” I haven’t bought a pair of jeans in years!

It’s a good moment to be a strong, feminist brand.
As women, the demands on us are unprecedented. There’s this immense pressure to even out the odds, against all odds. We are also charged with raising the next generation of leaders. Women are still the ones who get the call from the school nurse. And, because of social media, we all have this pressure to look like Gisele [Bündchen]. I know this woman. I’ve served her for 10 years, and now I’m becoming her. I never set out to create a brand that’s just reaching in to someone’s wallet. I really am trying to keep a human approach.

How do you feel about personally being the face — and the body, too — of Carbon38?
I don’t want the brand relevance to ever be attached to my own, because you become old news quickly. [Laughs] But I do think that we’re in a moment right now that needs more female voices. It’s up to the private sector to shape the world that we want to live in. I’m trying to be the best leader I can be. Ninety percent of our team is female. I can provide snacks and kombucha, but [good leadership] is about more than that. It’s about helping today’s young women become the leaders of tomorrow.

What’s the story behind Carbon38’s relationship with Foot Locker?
They invested $15 million in Carbon38 earlier this year. We found an amazing partner in Foot Locker. Lauren Peters, the executive vice president and CFO, sits on our board. She’s so generous with her time, even as she runs an $8-billion business. They’re so human, so smart, and they have so much data that helps with decision-making. I’m so grateful, because there’s just so much to learn.

You’ve talked about the fact that only 3 percent of female-led start-ups successfully secure funding. How do you know that number and go into those meetings?
I don’t stop at no. This business is my Hail Mary, in all honesty. When I started it, I didn’t have career opportunities. I was an injured ex-dancer/fitness instructor. My finance days were further and further in the rearview mirror. When you’re pushed to the wall like that, there’s no other option but success. 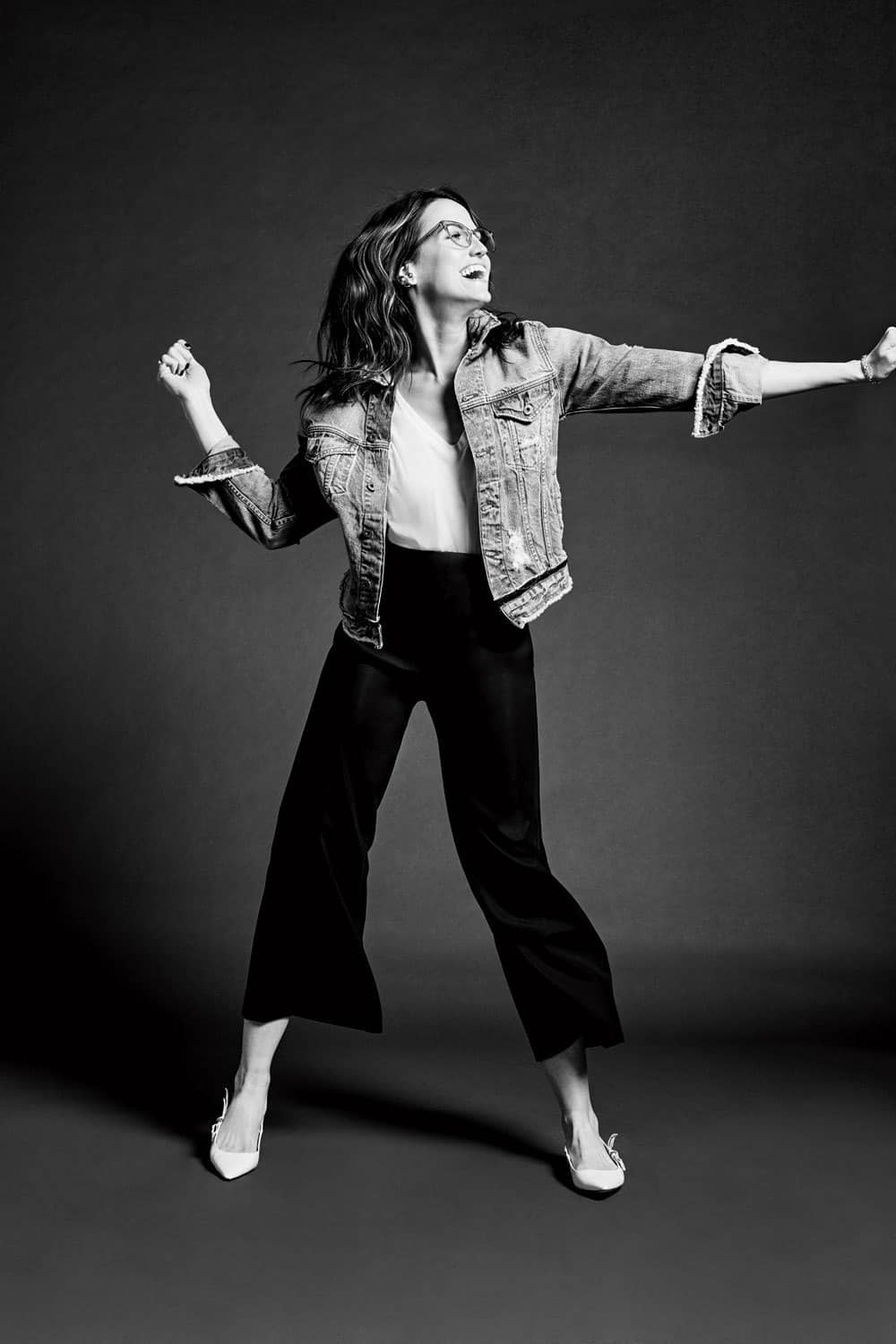 There’s so many stories about you that describe you as something like “Ballerina Turned Business Mogul.” But those two things aren’t opposites — both are strong.
I know, they love the ballerina thing! If there’s any period of my life where I learned more, it was ballet. When I was 15, I was cast in a piece by the choreographer Eric Hampton who was dying of ALS. It was literally a race against time to get his choreography out of him as he spelled out his instructions to us with his eyes. We would rehearse in our socks in the cafeteria of his hospice. I realized that being an artist had nothing to do with me — I was the visual representation and the vessel for the larger message. I think becoming an entrepreneur is similar.

Do you feel like an artist now doing what you do?
Absolutely. I dance in my kitchen and I sing in the shower, but in terms of building something bigger than myself, channeling a larger message, listening with desperation to what’s coming next…I’m selling leggings, I’m not saving the world here, but I think in everything we do, there is a much larger purpose. And the customer feels that.

Why did you choose to pop up in Bridgehampton?
I chose Bridge quite honestly because it was the Hamptons I knew the best. The year-round community here is really strong. You’re right in between all the fitness options in Water Mill and East Hampton. Also, it’s right next door to Golden Pear, which everyone goes to, and Thayer’s Hardware, where I have bought many an ice bucket in my past life as a New Yorker.

You hired Montalba Architects to design the space. What inspired that decision?
I admire all the work they’ve done for The Row and Isabel Marant. They have a very masculine Japanese aesthetic that I love.

That’s so interesting for a women’s brand.
I want the boutique to feel strong. We’re not frivolous, and I want this store to be a reflection of the women and brands we serve, as well as the brand we’re building. 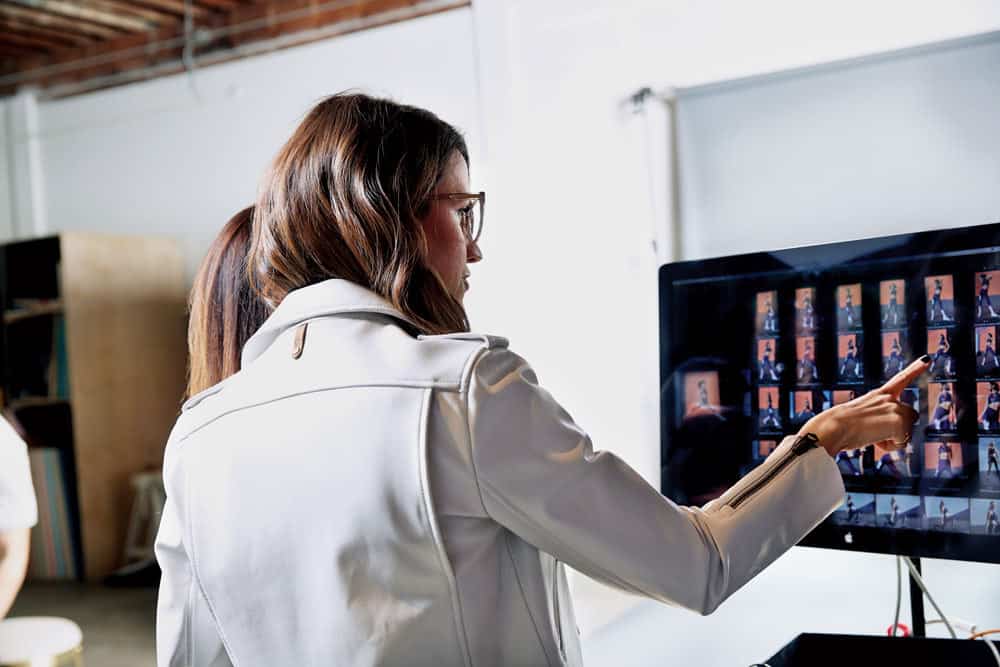 You’re opening a flagship in September in the Pacific Palisades. Do you think you’ll use some of what you learn here when you open in L.A.?
Yes, definitely. That’s a big part of why I’m going to be out in Bridgehampton so much. As we’re staffing, I’m learning exactly what we need as we’re allocating merchandise. The flow of inventory alone is new and different. We’re creating all sorts of activations with the sister brands we’re working with. It’s all a good place to cut our teeth.

You’re hosting lots of events, too, right?
Yeah! We rolled out the carpet last week and had a fitness class in the middle of the store, which was awesome. We have a back patio where we’ve done brunch spreads. We wanted to have a space where the community can hang out. I’ve encouraged a couple of instructors to just hang out in the backyard and build their playlists over a glass of wine. It’s fun to just pull up a chair at the bar and hear what people have to say. A few of my old clients from when I was a fitness instructor have come in, and I’ve reintroduced myself. That has been fun. It’s like, a couple of years ago I was telling you to tuck and shake!

What’s your ideal day off?
I would probably do a two-fer, whether it’s classes at Barry’s [Bootcamp] and Taryn Toomey, or SoulCycle and a run. I love getting out in the community and seeing what other people are wearing. I don’t recommend this, because I was quite spent, but I recently did a Taryn Toomey and a Tracy Anderson AtTAin [class] in one day.

Oh, God!
We have this collab with Beach Riot, the Three-Piece Suit, that just launched, and I wore that. It’s great because it’s all bathing suit material. You can wear the leggings to paddle-board. After you sweat, you just jump in the ocean.

Nice for biking to the beach, too.
I just learned how to ride a bike, actually. I did ballet, so I sort of missed out on a few key moments in childhood. In L.A., you can’t really ride a bike because there are too many highways, but there’s nothing like riding to an East Coast beach. It’s just so romantic. Ride there, paddle around, come back and have the Hedge Fund omelet at Golden Pear with extra-crispy bacon. It’s so good!