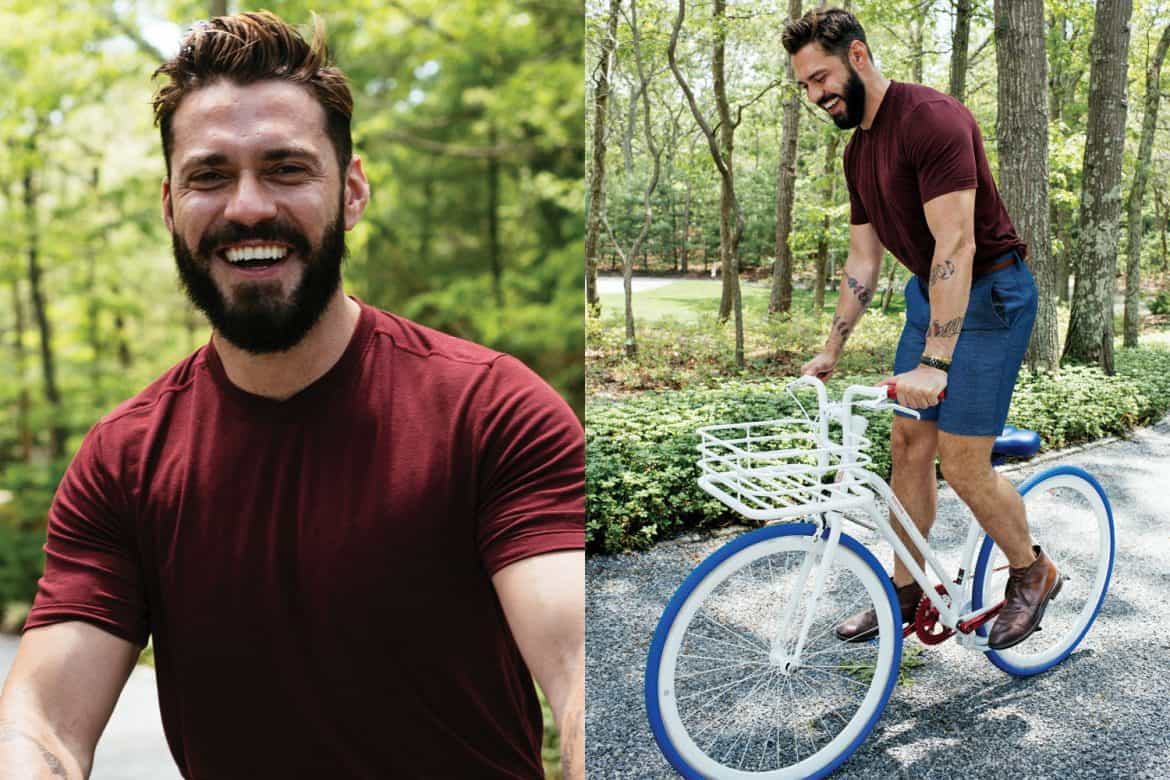 Has it really been five years since Martone Cycling Co. rode onto the scene? To celebrate, founder Lorenzo Martone has partnered with Peroni on a limited-edition bike — which naturally includes a basket that will make beer runs a total snap.

You’re a fashion publicist by trade. How did you get into the bike business?
It started as a personal challenge — is it possible to make a beautiful bike that could live openly in my apartment? I took a few trips to Asia for meetings and started telling people about my idea. I found a passionate factory, and we made five bikes, which was very impulsive — I didn’t even have a business at the time. They eventually arrived in my one-bedroom apartment and I was like, “What am I going to do with these?”

How did you turn it into a business?
I was in Paris for a Valentino show and Anna Wintour was there. She was early, too, so I went up to her and asked to show her something. She said, “Yes!” I told her my idea and showed her the photos, and she said she really liked them. She asked me to send them to Vogue so they could shoot them. Back in New York, I spoke to [fashion news director] Mark Holgate, who wanted to feature them in the April issue. So I found investors, and produced my first run of 700 bikes. And then I found a business partner who decided to open a Martone Cycling Co. office in Paris!

Did appearing in Vogue give the business a big boost?
Definitely. We shot the story on the West Side Highway in Manhattan with a full production team. There were models, stylists, hair, and makeup…all for one photo. I then went for a bike ride with a journalist and we talked about how a product that was created 100 years ago seemed to be the solution for so many of the current problems of big cities, such as traffic and sustainability. Riding bikes is also pro-health, of course! 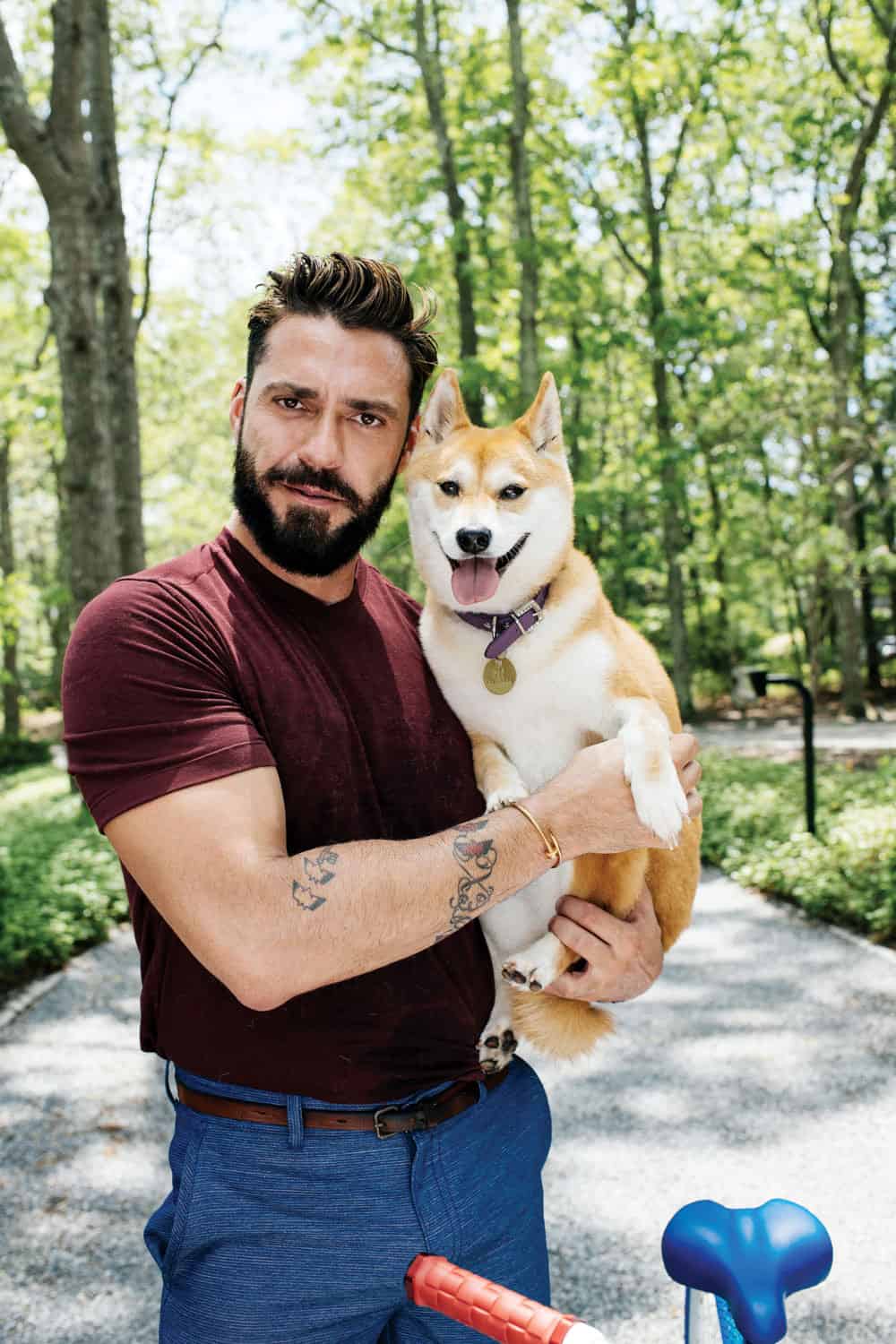 How did you launch?
We launched the company with five colors for our core collection of white, red, and black. The special-edition bikes were gold and silver, inspired by jewelry. We were mimicking the basics of fashion!

Now you’ve grown into more than just bikes!
Turning five years old is a great milestone for us, because we’ve added so much to the mix. We’ve launched helmets, locks, sunglasses, activewear…and this summer, we have a new collaboration with Peroni.

How did that come about?
I met [Peroni brand developer] Sebastiano Magnano doing the AIDS/LifeCycle Ride from San Francisco to Los Angeles a few years ago. During the ride, there was no way to wash our uniforms, so each member needed six different ones because we got pretty sweaty. We had a few dozen made for the team, and Sebastiano helped me design and produce them. He joined Peroni a year later and told his team about my bikes. We share the same values of quality and craftsmanship. We were originally going to produce the bikes as gifts for their best clients, but then we got really excited and came up with all these other ideas. Before we knew it, 12 units became 1,000 units.

What inspired Peroni to get involved in the cycling world?
It was the idea of creating a lifestyle. When you ride one of my bikes or take a sip of Peroni, you take a little break from reality, and go somewhere else.

What was the design process like?
Peroni was very involved; we spent almost a year finalizing the design, the frame, the accents, the campaign, and the communication. The idea was to create a bike that combined our DNA. The result is super fun and joyful. I can’t wait to see people riding them! 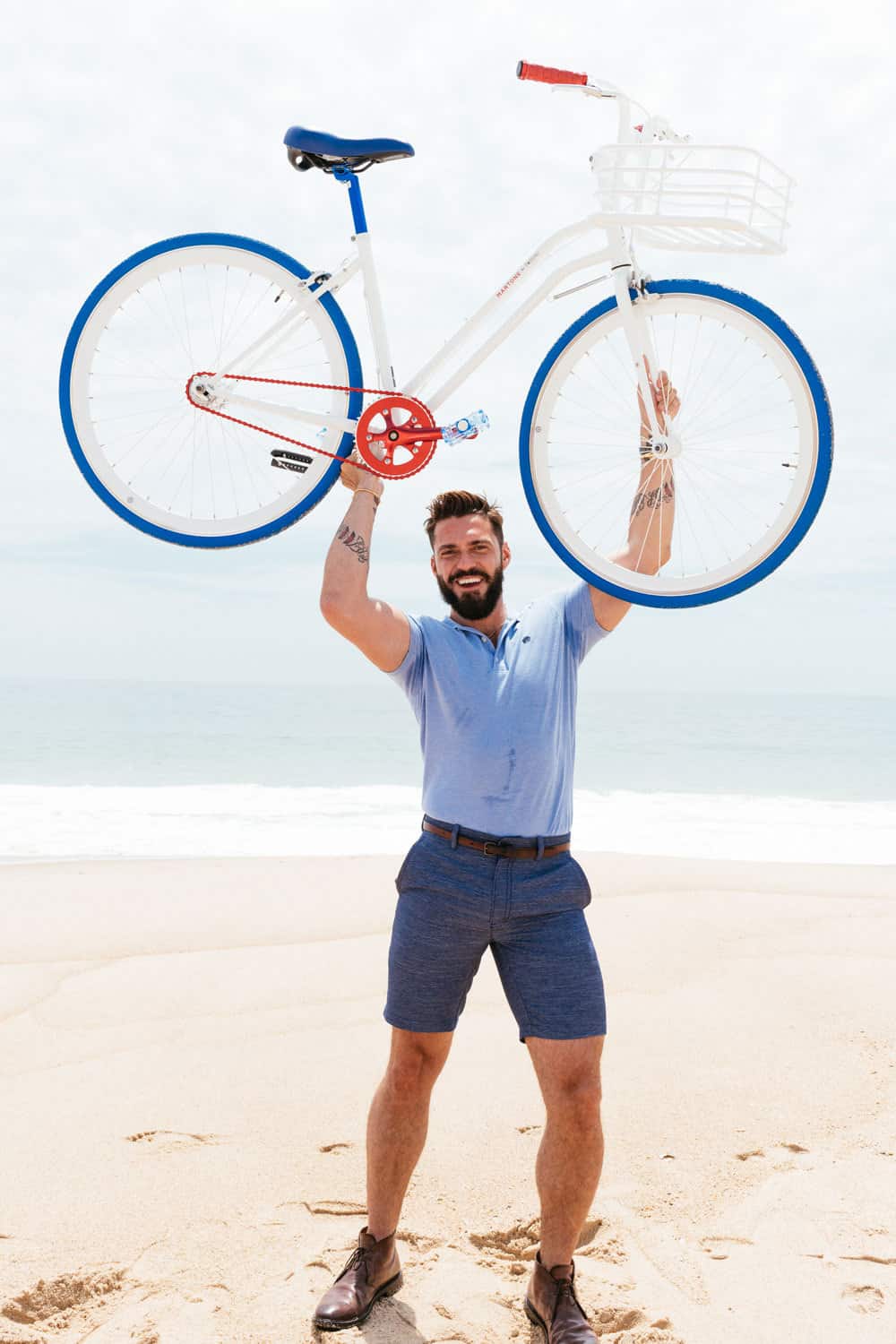 How much are they?
There are only 12 units for sale out of the 1,000 we made. There are different ways of getting them, but they cost $895 — you can buy them on martonecycling.com.

Do you think this is the beginning of a long-term relationship with Peroni?
Hopefully this one will do well enough and we can take it international. Martone has an office in Paris, so it would be fun to run a similar program in Europe. The U.S. is a good case study!

Where do you see your brand going?
Surviving for five years means hopefully we’re here to stay. We’re launching a MCC app, which will have not only content, but will also be a platform for users to create their own ride in their respective cities and connect with locals who share their passion for biking. It’s basically a Tinder for biking. People will connect via the app and then meet in person. Maybe we can spark some love stories out of it. It would be the perfect cherry on the cake.

Chanel Is Suing an Individual eBay Seller for Over $50 Million

Carbon38’s Katie Warner Johnson on the Deeper Significance of Athleisure