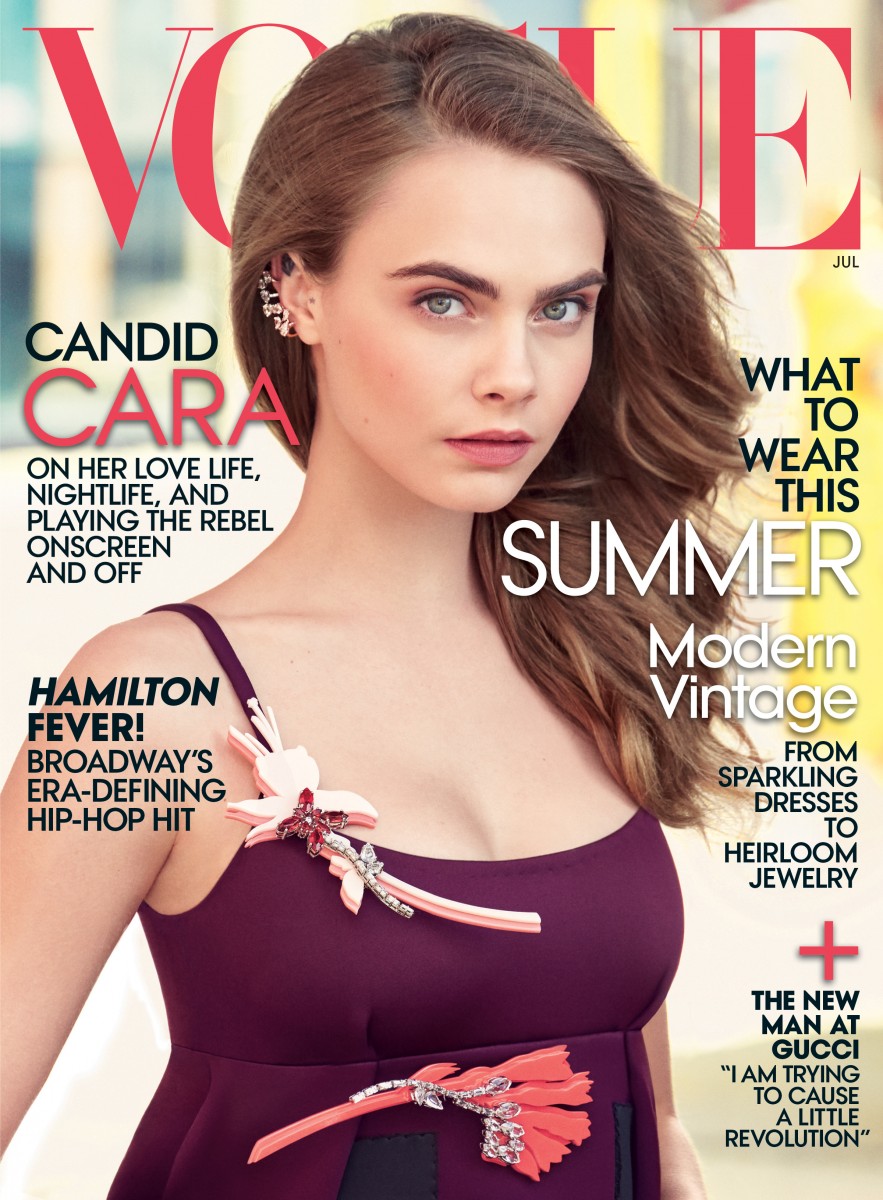 Hard to believe, but Cara Delevingne has finally landed her first solo American Vogue cover for their July issue. In yet another candid interview (seemingly the only way she does things), the model turned actress tells Rob Haskell where her head is at when it comes to the industry. “I’m not sure I understand what fashion is anymore,” she says. “I admit I was terrified to leave. I mean, the bubble gives you a kind of dysfunctional family. When you’re in it, you get it. And the second you’re out of it, you’re like, What the hell just happened?”

She also talks about some of the darker days of her youth. “I smoked a lot of pot as a teenager, but I was completely mental with or without drugs,” she reveals. “I thought that if I wanted to act, I’d need to finish school, but I got so I couldn’t wake up in the morning. The worst thing was that I knew I was a lucky girl, and the fact that you would rather be dead . . . you just feel so guilty for those feelings, and it’s this vicious circle. Like, how dare I feel that way? So you just attack yourself some more.”

The new issue of Vogue hits stands on June 23rd. In the meantime, you can watch a video they’ve also put together a video with friends of Cara such as Taylor Swift, Gigi Hadid, Zoolander, Kendall Jenner, and more sending their congrats to her on her accomplishment. It’s a Cara love fest. Catch it HERE.

Interesting, isn’t it, how she has recently been SHITTING on the fashion industry – the industry that MADE HER and gave her EVERYTHING, like hmm a VOGUE COVER – in the wake of her new acting “career”. All those people, from Lagerfeld to Demarchelier, supporting her and catapulting her into the world, allowing her to make any sort of moves into entertainment, and she only has negative things to say about the industry now. I get it, it’s a harsh world, but she was killing it with countless campaigns and shows. Maybe that wasn’t making her happy, ok that is fine, but don’t shit where you eat.