Is There Still Sex In The City? A Dishy Chat with Candace Bushnell 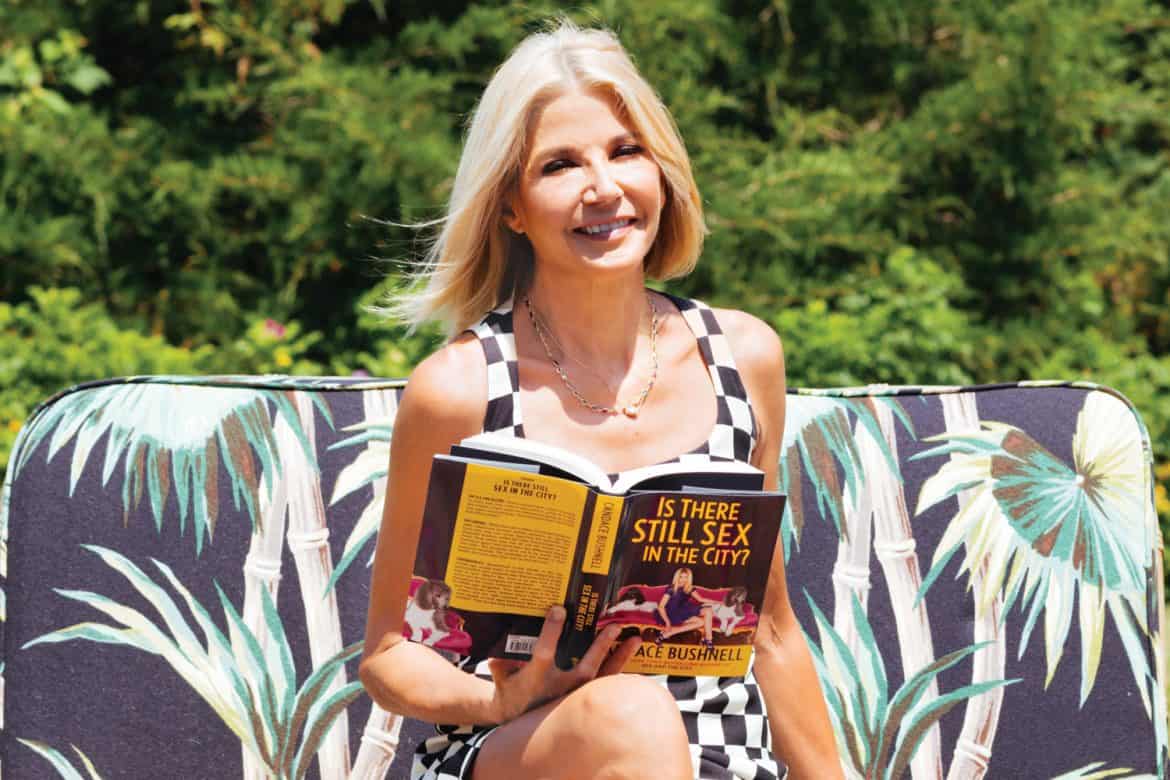 Writer Candace Bushnell, coined the Dorothy Parker of our time, released her latest tome, Is There Still Sex in the City?, earlier this month to rave reviews. Over lunch at Nicole Miller’s North Haven abode, the Sag Harbor resident dishes on turning 60 and sets the record straight on how she really feels about not having children.

Your new book is fiction, but is it in some ways an autobiography?
No, not really. Some things in it are autobiographical, so that’s why we’re calling it “auto-fiction.” The characters are definitely fiction, because they are meant to be sort of any woman. There are lots of things in the book that happened to me, and there are things that happened to me that I gave to other characters. It’s all kind of mixed up. There could’ve been 20 characters… but you can’t have 20 characters in a book!

What’s the gist of it?
In some ways, it’s about a passage of time that happened to me in my fifties. I call it “middle-aged madness.” I got divorced, and my life changed. I wanted different things, and I didn’t even want to date. I had all these other girlfriends who were also getting divorced and in a time of transition. What happened after the “happily ever after”? No one talks about that! You may think that you’ve found your happily ever after, but it doesn’t mean that you’re going to have it forever. It requires you to reinvent yourself a little bit, which is actually a great thing. 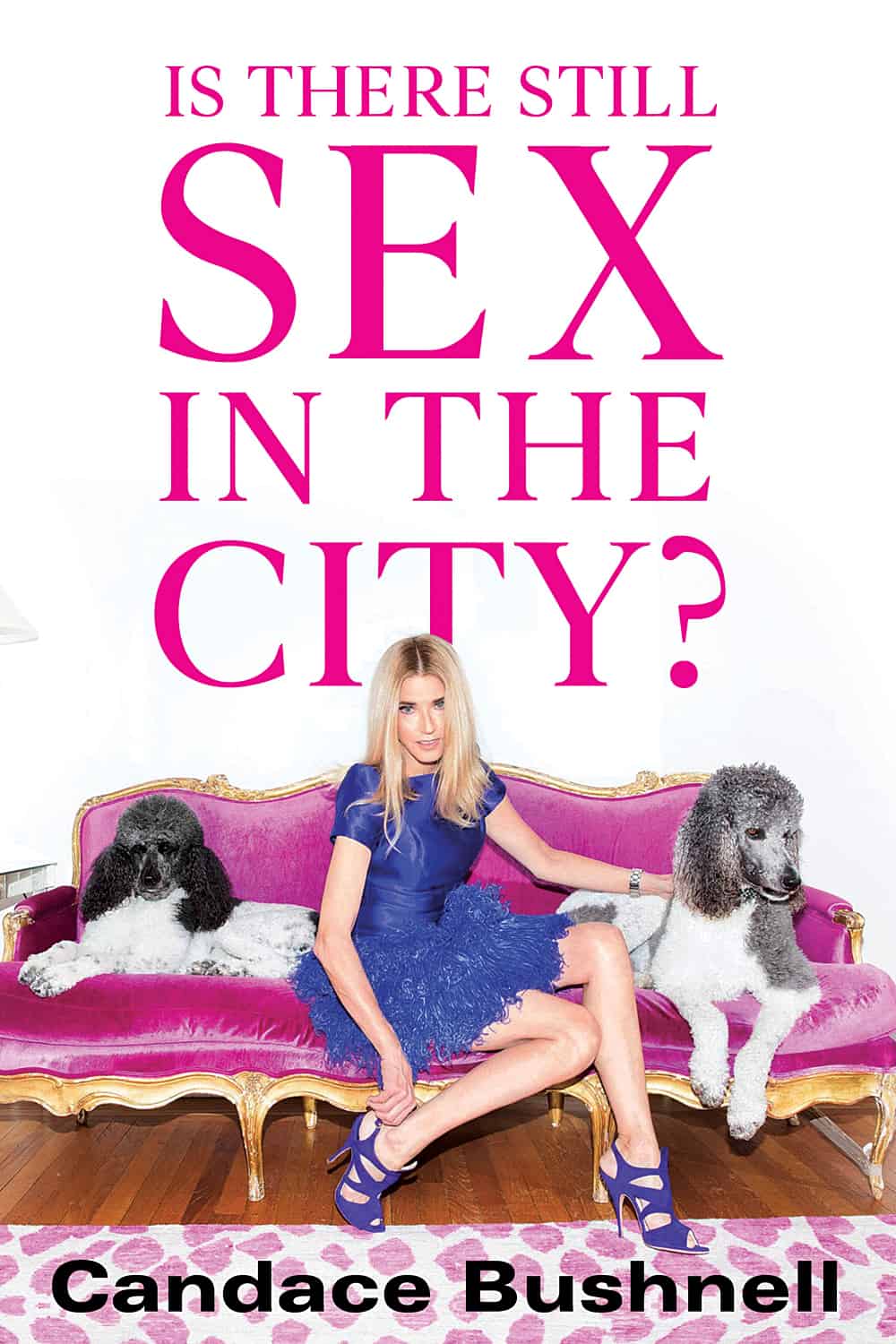 For a lot of people in their fifties or early sixties, a parent is going to die. Statistically, that is what’s going to happen. So on top of change, there are also just life passages, like loss. It makes it tricky. The book is about a group of women going through this passage together.

Did you ever consider making this a Carrie Bradshaw story? Bringing Carrie to this age?
No. I think that character is too big. Carrie Bradshaw is in a tutu in a beer commercial now. That’s just not a real woman, and I mean that in the nicest way. She’s become like a superhero. So I think it would be hard. I would go back in time, maybe. But in a different form.

You draw inspiration from your friends. How do they react when their antics are revisited in your pages?
I take stories from all different kinds of places, but nobody has come up to me and said, “That’s so-and-so.” What does happen is that people will come up to me and tell me something and say, “Hey, you should write about this.” Also, remember I’ve been working on this book for a couple of years, so when people ask me what I’m working on, I say, “I’m working on this book about mid-life, and it has these kind of characters in it.” People always say to me, “Oh, my God, that’s my sister,” and they’ll tell a story and ask me to use it. People always say, “You’ve never heard this story,” but I’m like, “Try me!” 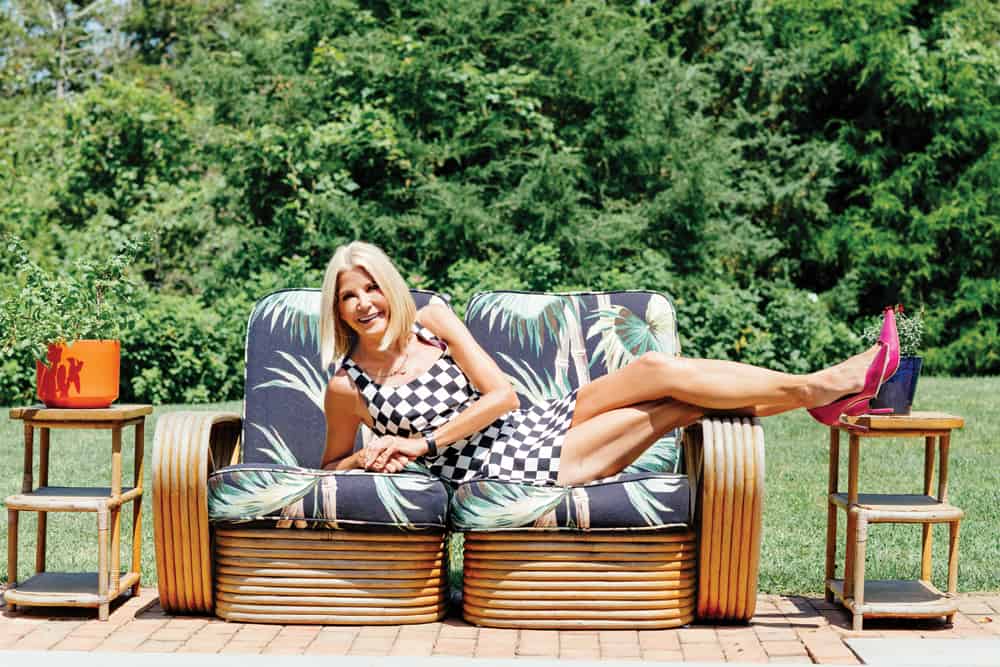 Do you like the promotional part of being an author?
It’s a very different part of being an author. It has certainly changed so much. Now, [publishers] want you to be on Instagram. Some young writers have told me that a publisher is interested in their work, but they won’t publish them until they have 10,000 Instagram followers. That seems like a ridiculous standard. If you’re a writer, chances are, you spend your time writing. Getting Instagram followers is a separate job!

Some outlets reported recently that you’ve expressed regret over not having children.
I never said that I wished I’d had kids. What I said was that when you get older, if you don’t have kids, you’re alone in a certain way that people who have kids are not. That does not mean that I regret not having children. It’s really about women being able to look at different choices. There are things that one gives up with each choice, and that’s just kind of the way life is. I do not regret not having children. For me, it’s absolutely the right situation. I love my life, and I will continue to encourage women who feel like that’s the right thing for them. Both are viable choices, and we just need to accept that. One is not better than the other.

Are you impressed with the younger generation of women?
Yes! I live in New York and the women that I come across are together and confident. They’re aspirational, smart, they have a sense of humor… they kind of get it. Women are really, really good at figuring out what is right for themselves. At this age, the women I know who haven’t had children are happy with their choice and do not regret it. And the women I know who had children are also happy and do not regret it. Oddly, everyone’s okay!

What else is coming down the pipeline for you?
I’ll be working on the TV show [based on the book], and I have a couple other things lined up. But I have to do this book tour first.

Do you enjoy being 60?
I do. I really do. I do so many fun things, and I think it’s all about embracing it. There is only so much longer that someone can really do fun things, like make little videos on Instagram or put out books or make a TV show. I’m grateful.

A Word with Candace Bushnell