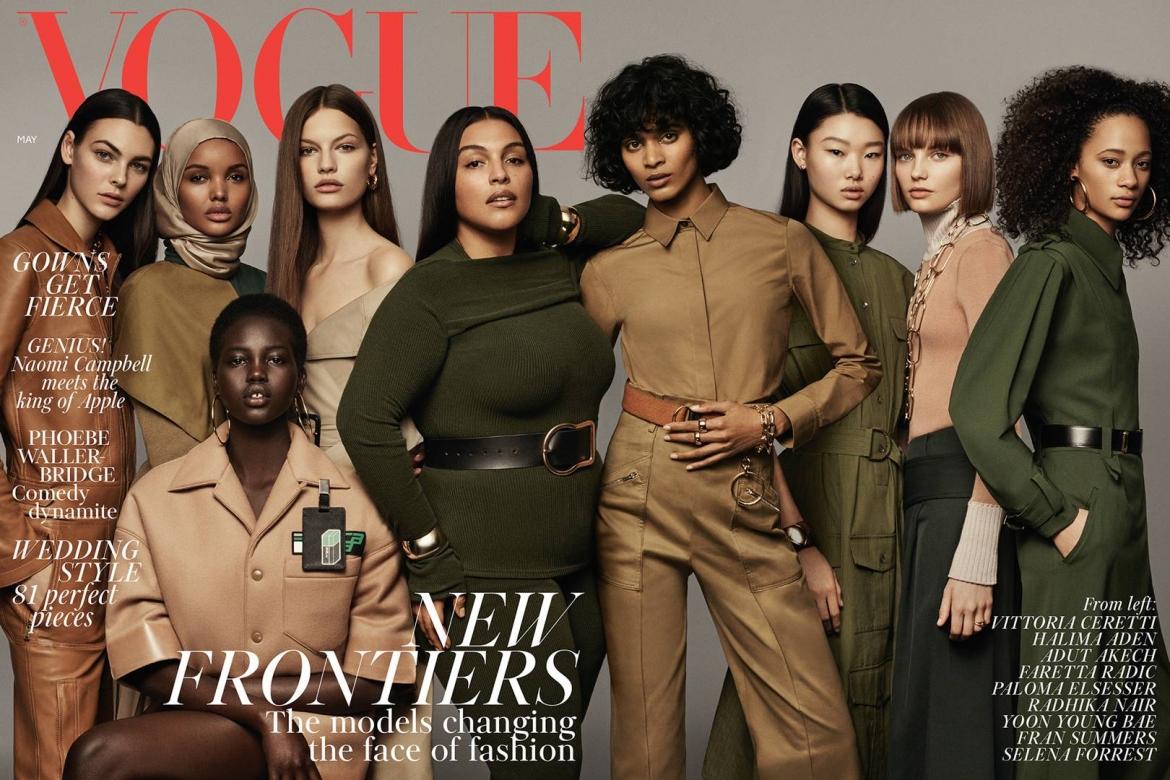 The latest issue of British Vogue is making history — it’s the first time the 102-year-old magazine has featured a hijab-wearing model on it’s cover.

British Vogue‘s May issue, the sixth under editor-in-chief Edward Enninful’s belt, features “nine trail-blazing models,” a cross-section of skin tones and, to a lesser degree, shapes. Enniful has said that inclusivity is a core value to his vision for the magazine, which he’s been helming since August. “My Vogue is about being inclusive, it’s about diversity. Showing different women, different body shapes, different races, classes. To be tackling gender,” he told BBC, going on to see. “You’re going to see all different colors, shapes, ages, genders, religions. That I am very excited about.”

Enniful made good on his promise most visibly with this issue’s casting of Halima Aden, the Muslim model who practices modesty in public. She was born in a refugee camp in northeast Kenya to Somalian refugee parents and first made history for becoming the first woman to wear a hijab while competing in the Miss Minnesota USA pageant in 2016. She wore a burkini (a swimsuit with pants and a long-sleeve tunic and head covering) for the swimsuit portion. After photographs from the pageant swept the Internet, modeling agencies came calling and soon she was on a photoshoot with Mario Sorrenti and Carine Roitfeld. Aden always wears her hijab for her modeling work — though it can be a hinderance in booking jobs.

“I’m not gonna lie to you, that was something that really stopped me from doing shows this season,” Aden told Harper’s Bazaar in November. “I was starting to feel really beaten down. Because I was hearing, ‘You were put on option for this, and this, and this…’ I had four different options. They were all people who I was dying to work with, but it came down to wardrobe. This season, there just wasn’t much I could wear, because it’s spring season clothes.”

But Aden isn’t the only trailblazer fronting the mag. Fellow cover star Radhika Nair was the first Indian model to ever walk in a Balenciaga show and curvy model Paloma Elsesser, blew up the Internet after starring in the Glossier Body Hero campaign. Other trailblazers gracing the cover include Adut Akech who, remarkably, was born in the same Kenyan refugee camp as Aden; Korean model Yoon Young Bae, buzzy Brit Fran Summers, 18-year-old American Selena Forrest, the solo-named Faretta, and Hadid-BFF Vittoria Ceretti. 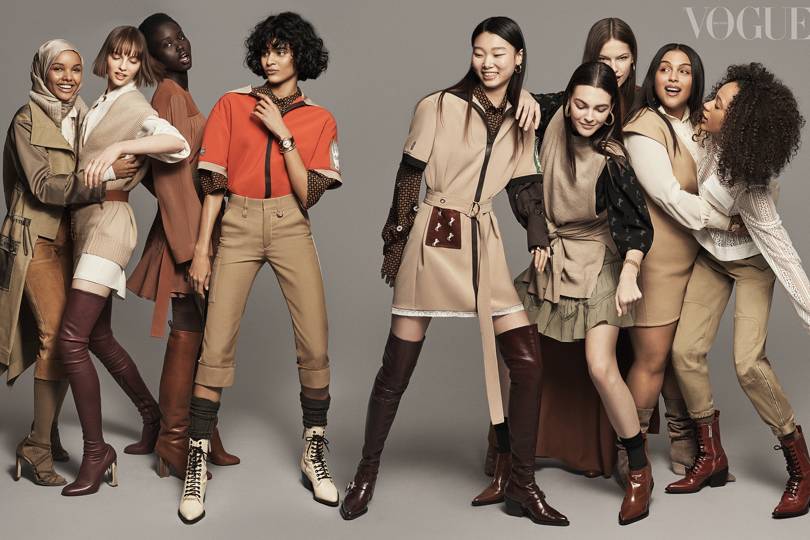 Inside the May issue of British Vogue.

Of the casting, Enninful said, “What really struck me, despite their varied backgrounds, was how similar they all were. Kind, engaged, socially minded and impressively sweet to one another.” He went on to say in his editor’s letter that the cover was “a bold vision of what the future can — and should — look like.”

Opening Ceremony’s Blinged Out Birks Will Give You Life