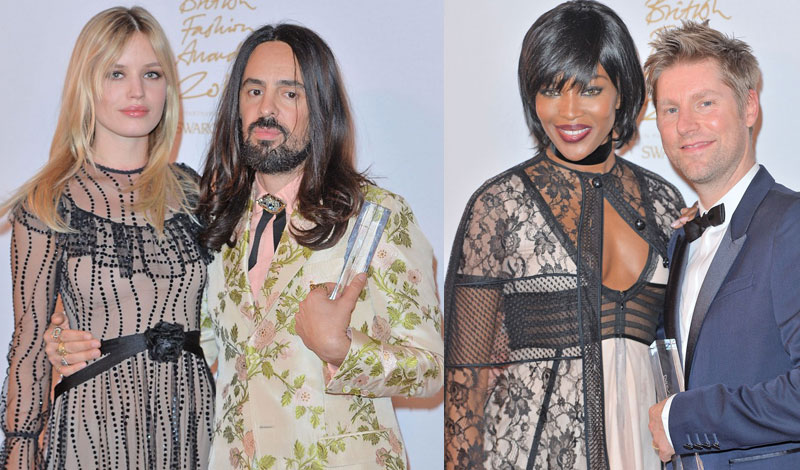 The British Fashion Council has revealed the 2015 British Fashion Awards winners, as voted by 800 global industry heavyweights. “The awards recognize the incredible talent we are so fortunate to work with and celebrates the excellence and creativity within our industry both at home and abroad,” said Natalie Massenet, founder of Net-A-Porter and chairman of the BFC. Considered London’s fashion Oscars, the BFAs attracted over 2,000 luminaries from the style world including David and Victoria Beckham (who lost out on Womenswear designer of the year), Sir Philip Green, Anna Wintour, (who presented Karl Lagerfeld the Outstanding Achievement Award) and Stella McCartney (brand of the year) mingled with A-listers Georgia May Jagger, Karlie Kloss, Jourdan Dunn (Model of the Year) Kate Bosworth, Lady Gaga, Liv Tyler, Nadja Swarovski (the event’s official partner), Poppy Delevingne, and Stella Tennant.

Here’s the official round up of the winners. The Daily salutes you. 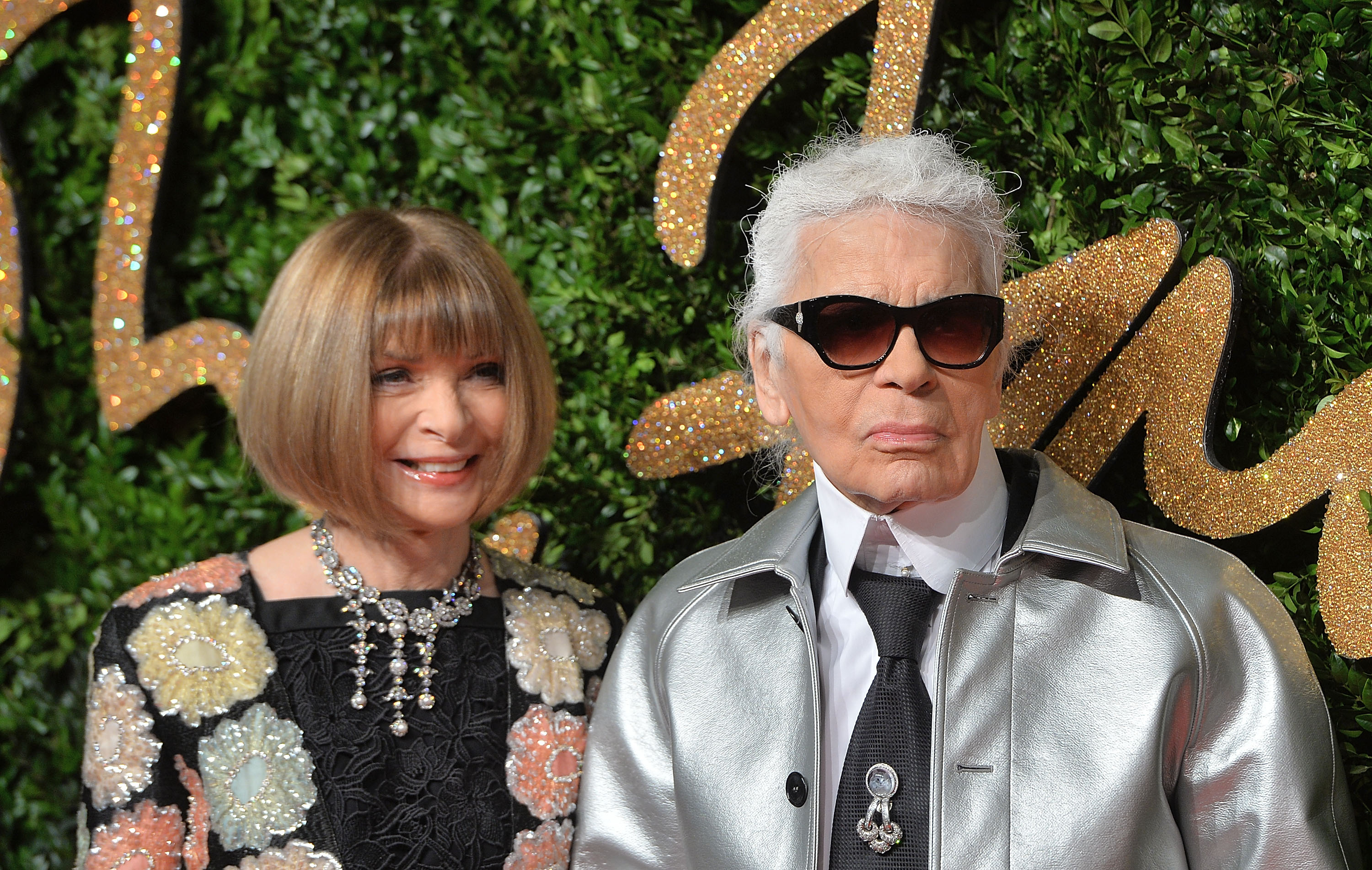 Outstanding Achievement Award: KARL LAGERFELD
Insider Fix: Wintour, who was bestowed the honor last year by John Galliano,  presented the award to the Kaiser in a heartfelt speech. “Karl is not only one of our greatest and most prolific designers. He is also a linguist, a photographer, an interior decorator, a collector, a filmmaker, an artist and a philanthropist, and that doesn’t even fully cover it. I sometimes wonder if he’s also a mad physicist. He represents the soul of fashion: restless, forward-looking, and voraciously attentive to our changing culture. It was Karl who realized, earlier than most, that ready-to-wear wasn’t just couture-lite, but the vibrant center of the new, accomplished woman’s lifestyle.” 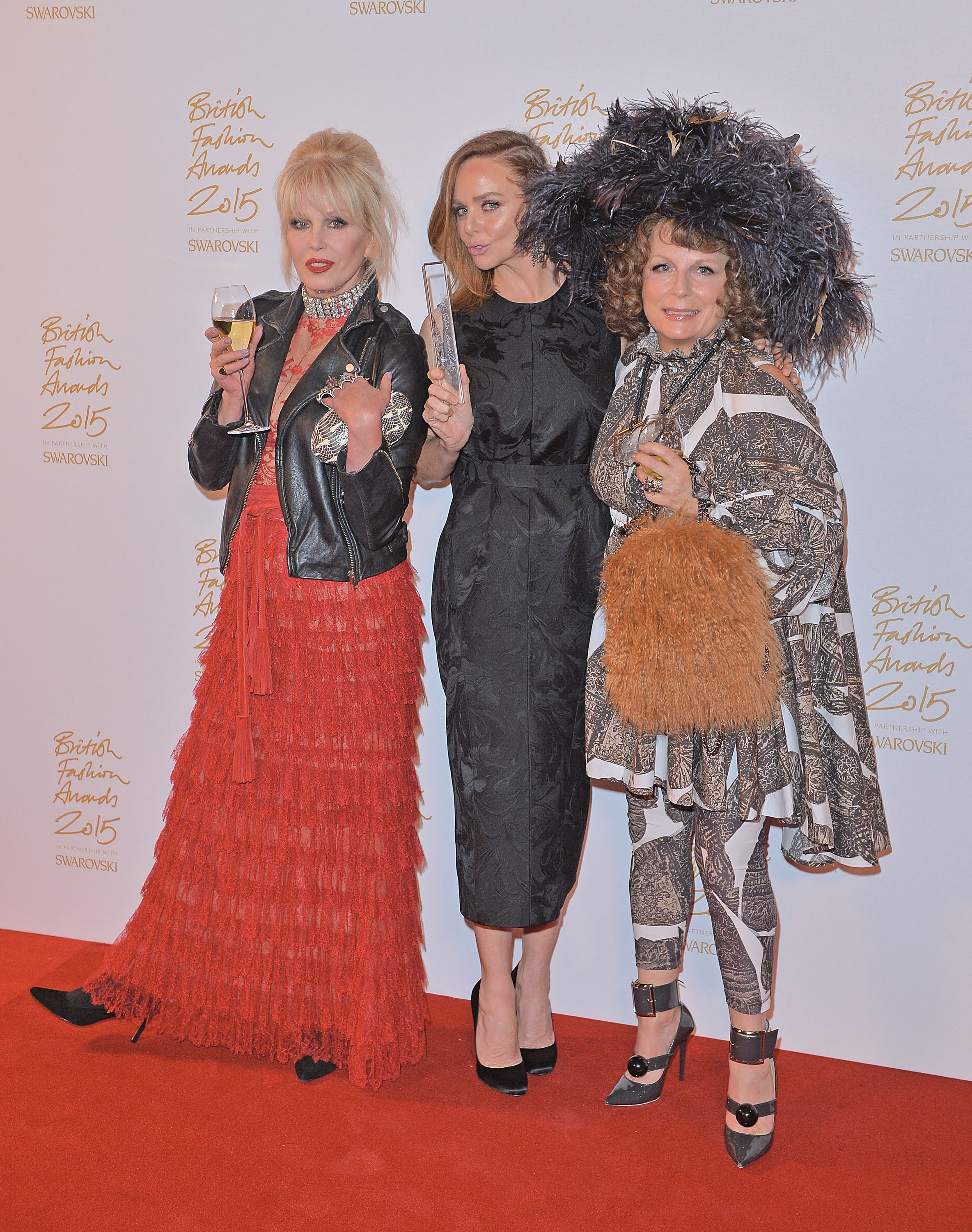 Brand: STELLA MCCARTNEY
Insider Fix: McCartney (who picked up designer of the year in 2007) was presented her award by Ad Fab’s Jennifer Saunders and Joanna Lumley, who introduced her as “someone who has literally come out of nowhere” and “the woman who’s been making bags out of the pubic hair of wheatgrass.” 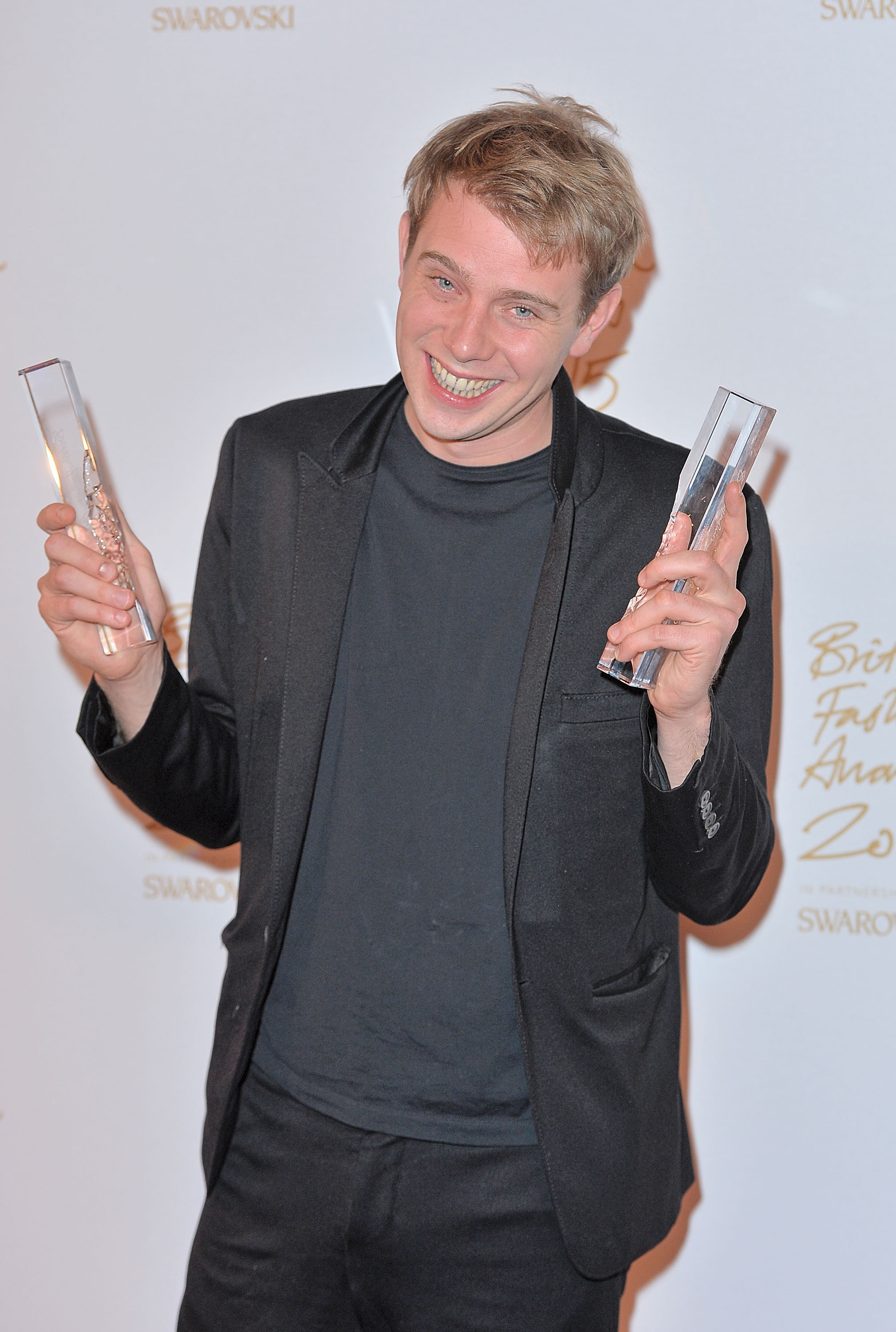 Womenswear and Menswear Designer: J.W. ANDERSON
Insider Fix: The night belonged to the 31-year-old burgeoning fashion star (and indisputable trend-setter) from Northern Island who became the first designer in history to take out both the womenswear and menswear awards (hardly a surprise, since his designs blur the line between the two). Still beating the likes of Beckham, Christoper Kane and Tom Ford is no mean feat.

Georgia May Jagger and Alessandro Michele

International Designer: Alessandro Michele for Gucci
Insider Fix: The buzz around the 43-year-old—who only took the Gucci helm early this year—continues to get louder. His new geek aesthetic has boosted appeal of the iconic fashion house, which Michelle admits showed “bravery” for appointing an unknown as its creative director. 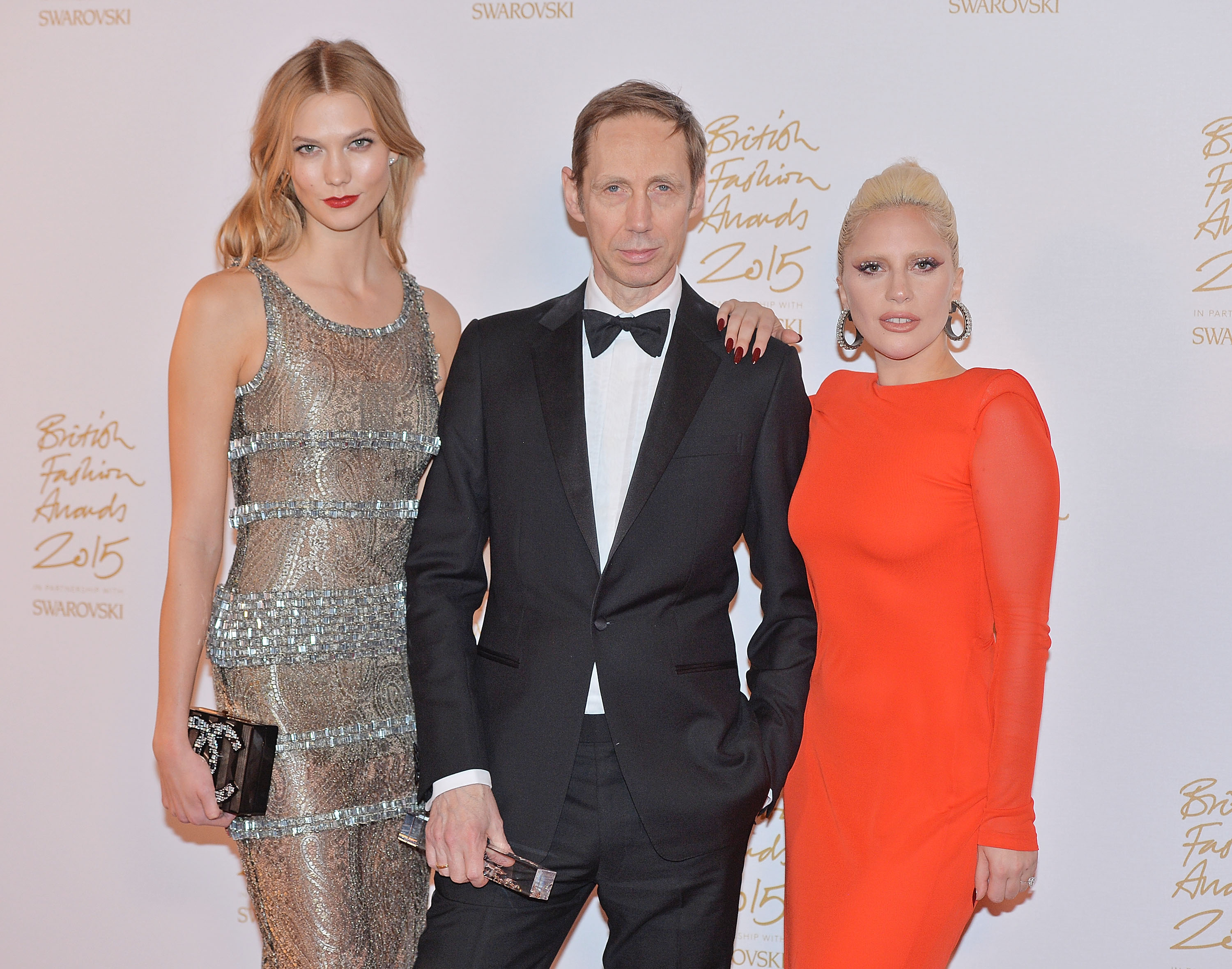 Isabella Blow Award For Fashion Creator: NICK KNIGHT, OBE
Insider Fix: The renowned photographer told The Daily prior to his winning that “fashion is a hugely creative yet under appreciated art form.” 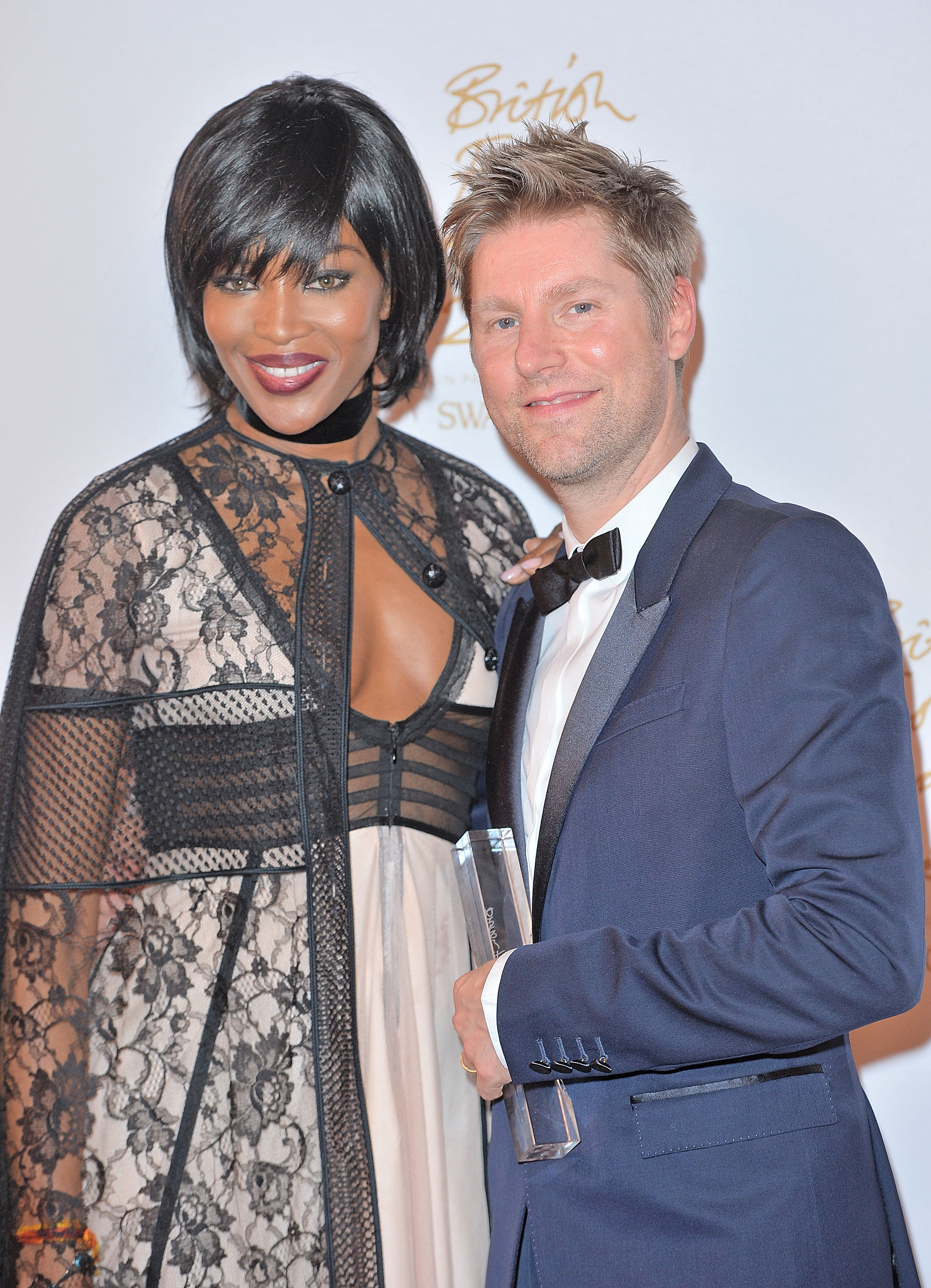 Creative Campaign Award: BURBERRY
Insider Fix: The iconic British brand, which is known for its innovative use of technology and campaign concepts, was lauded (over Céline and Givenchy) for its campaign. The gong was presented by supermodel and Burberry campaign face Naomi Campbell and accepted by chief creative officer and CEO Christopher Bailey.

Model of the Year: JOURDAN DUNN