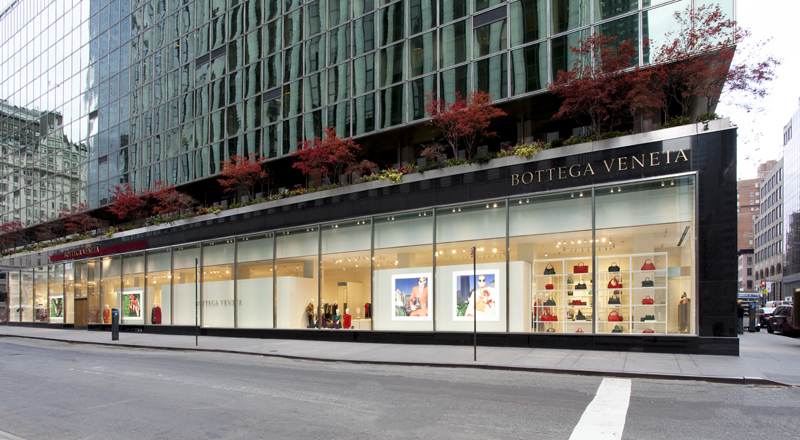 Bottega Veneta officially opened up shop at 650 Madison Avenue after closing its flagship location at 699 Fifth Avenue. The luxury brand originally operated a flagship in this location from 1979 to 2004 and can now be found at the address again until mid-2017, when a new Bottega Veneta maison opens up on Madison Avenue. The 4,510-square-foot space features Bottega Veneta’s high-end goods against a stark white backdrop in what was once home to Crate & Barrel. The offering includes women’s and men’s leather goods, ready-to-wear, shoes, jewelry, accessories, and fragrance.

The new six-story maison will be the brand’s third worldwide. Milan opened in 2013 and Beverly Hills is slated to open in late Spring 2016. The concept was originally created by creative director Tomas Maier to showcase the complete range of the brand as well as the craftsmanship behind the products. Bottega Veneta also opened a new boutique at Brookfield Place this year. Why the new location? “We think it’s time to go back to Madison Avenue,” Carlo Beretta, chief executive officer of Bottega Veneta told WWD. “Fifth Avenue has completely changed. Today, it’s a much more commercial street. Madison Avenue better represents our positioning and custom experience.”