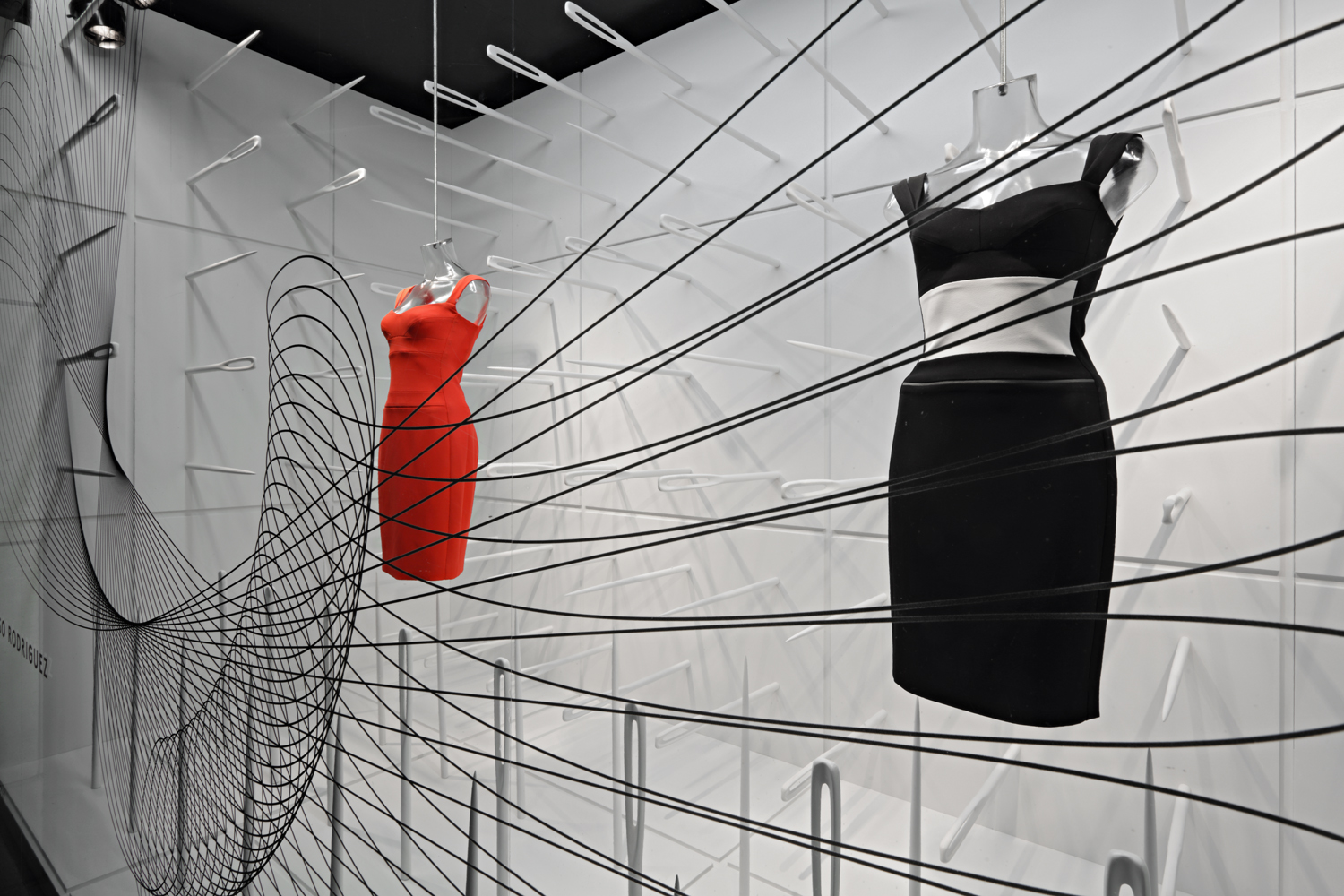 Barneys New York is just as ready for Fashion Week as we are. Enter its Madison Avenue flagship store window displays, which are part of the retailer’s latest collaboration with the CFDA and feature a collection created in partnership with some of Barney’s top designers, including Altuzarra, Narciso Rodriguez, Proenza Schouler, The Row, R13, Rag & Bone, and Thom Browne, which are produced entirely by New York manufacturers.

“By partnering with Barneys and New York designers, we are making an important design statement here and to the world—that high-quality fashion can be made in New York City,” said Steven Kolb, president and CEO of the CFDA. The collaboration is also in partnership with the New York City Economic Development Corporation to benefit the Fashion Manufacturing Initiative.

The collection, which features men’s and women’s ready-to-wear and accessories, highlights a black, white, gray, and red color palette. Barneys Creative Director Dennis Freedman wanted to highlight the manufacturing concept for the project in the windows, as the backdrop to the clothes, which took inspiration from the idea of sewing needles and thread. Two hundred custom-made two-foot needles were created for each window—yikes! “We wanted to make an abstract sculptural environment that alludes to the craft of making clothes,” said Freedman. “It’s a simple idea but when you put it through the Barneys DNA, it becomes something much more layered.”

The collection is priced from $95 to $4,800 and can be purchased at the retailer. Additionally, Barneys New York will donate 10 percent of all retail proceeds to benefit the CFDA and FMI.

“We are a New York-based company and the rich history of this city is deeply ingrained in our DNA. We feel a certain sense of pride in highlighting an industry that is still very much alive in New York,” said Barneys New York COO Daniella Vitale. “We have an obligation to the City of New York and to our design community to support the revival of local production and manufacturing. We also understand the positive impact that this will have on job creation for people wishing to enter into this field.”

From The Daily Summer: Where Are They Now? Lizzie Grubman

Thanks for this great news!