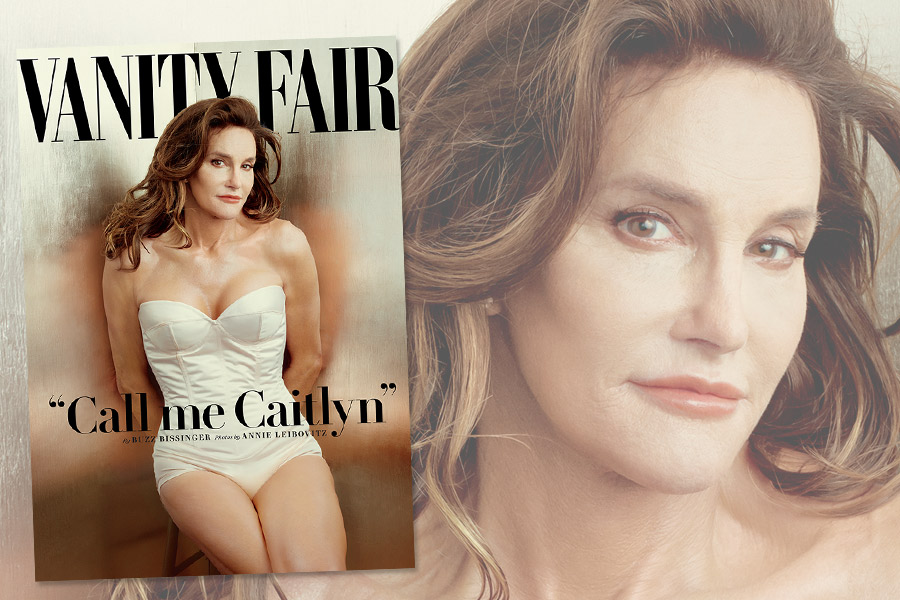 She’s here! Caitlyn Jenner has finally been introduced to the world in a stunning shot by Annie Leibovitz on the cover of Vanity Fair’s July issue. (Kudos to the VF team for basically keeping this the best-kept secret of all time, with leaks only coming out this past Friday.) Jenner was shot by Leibovitz in her Malibu pad, with Pultizer Prize winning contributing editor and Friday Night Lights author Buzz Bissinger speaking to her on the record for the first time.

“If I was lying on my deathbed and I had kept this secret and never ever did anything about it, I would be lying there saying, ‘You just blew your entire life,” Jenner reveals. Bissinger was granted hundreds of hours to spend with Bruce Jenner over a period of three months and countless hours with Caitlyn, according to VF. An early preview of the story also reveal that none of Jenner’s children will be participating in the upcoming E! network docu-series, which “terribly disappointed and terribly hurt” Caitlyn, who denies doing the show for money. “I’m doing it to help my soul and help other people,” Jenner says. “If I can make a dollar, I certainly am not stupid. [I have] house payments and all that kind of stuff. I will never make an excuse for something like that. Yeah, this is a business. You don’t go out and change your gender for a television show. O.K., it ain’t happening. I don’t care who you are.”

Two observations to note on the debut of Caitlyn is that the name is spelled with the letter C, not K, as some predicted. (We’re OK with that. Would have been a bit much.) We also can’t help but notice an uncanny resemblance to Jessica Lange. See it? The eagerly anticipated issue hits stands on June 7th.

Michael Bastian Teams Up With GMC

Redbook Toasts The Hautest Beauty Loot At Its MVP Awards